Yasukuni Shrine, one of the best known Shinto shrines, has often been seen as a symbol of imperial Japan’s war history.

Located near Imperial Palace in the Kudan district of Tokyo, it provides an outlook on the unique Shinto shrine and the modern war history of Japan.

I decided to visit the shrine to learn about it and the history of Japan at war. 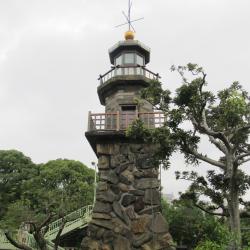 A couple-minute walk from Kudanshita Station of Tozai Line took me to a large light tower called takadoro (literally, tall lantern). Japan’s largest shrine lantern was made with Japanese and Western architectural methods in 1871 to console the spirits of those who were killed in battle. The lantern has continued to light up not only the front of the shrine, but the entire hill that Kudan is located on.

A pedestrian bridge near the lantern led me to the shrine entrance.

Although it is a Shinto shrine, Yasukuni Shrine doesn’t enshrine Shinto gods, but is simply dedicated to those who died in war. Since Emperor Meiji established it in 1869 to commemorate and honor the achievement of war dead, more than 2,466,000 warriors and civilians have been enshrined.

While some consider the shrine a sacred home to national heroes, just like Arlington National Cemetery, others see it as a symbol of Japanese militarism that drove countless people to war. Official visits by ministers for the End-of-War Anniversary has raised criticism in neighboring countries.

Upon arriving, I was astonished again to see the gigantic black torii gate that greets you. The torii, made from copper, is 82 feet tall, 112 feet wide and considered the largest in the nation. Besides this gigantic copper gate, there were two more large torii – bronze and wooden gates that I passed through before reaching the main shrine.

After passing through the first torii, I came upon a tall statue of Omura Masujiro. Omura was the founder of the modern Japanese Army and contributed to establishing the shrine. This 125-year-old statue is known as Japan’s first Western-style statue.

Just after the second bronze torii, there was an 84-year-old magnificent cypress Shinmon (main gate) with a traditional shrine-style tiled roof. Each of the two doors at the gate bear a large imperial golden chrysanthemum crest.

When you visit the shrine, know that that’s where the Pokemon Go search ends; signs remind visitors of the Pokemon ban within the shrine.

The third and final white wooden torii held the most sacred area of shrine. Here, visitors went up the stairways to the main hall one after another to pray. The typical traditional shrine-style main hall had a large blue tiled roof and a white curtain with chrysanthemum crests.

Following others, I washed my hands with a steel ladle and stepped up to the main hall to offer a traditional Shinto greeting by bowing twice, clapping my hands twice and then bowing deep once again.

A visit to Yasukuni Shrine would not be complete without touring Yushukan, a war museum holding 100,000 articles including war-relating paintings, documents, armors, weapons, tanks and airplanes. Some suicidal weapons, such as a human operated torpedoes were also displayed.

The displayed items provide a good look into all of Japan’s war history, and nearly all was displayed in English, Chinese, Korean or Japanese.Despite its many artifacts, this museum is considered to be quite controversial as it displays propaganda, has a questionable recounting of history and outright denies some of the acts committed by the government and military.

Profiles, letters and items of war dead were also displayed in other rooms. This close look at the 5,000 casualties of war gives visitors a look at the human side of the conflicts Japan has participated in. 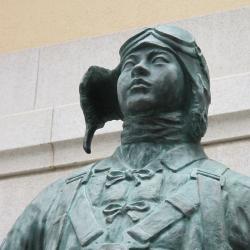 The shrine garden holds Noh stage and a sumo rink, along with various statues such as mother of warrior and kamikaze fighter. Interestingly, there were statues of various animals used in war, such as military dogs, horses and carrier pigeon, as well.

Yasukuni shrine is known as one of the best cherry blossom sites. In fact, the National Metrology Agency uses some of the trees there to determine the official cherry blossom season begins in Tokyo.

To console the spirits, Mitama Matsuri (memorial service for the soul) is provided July 13-16 and over 30,000 lanterns are offered. White pigeons are released on the End-of-War Anniversary (August 15), wishing for world peace every year. 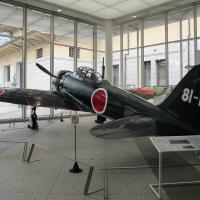 Did you know?: Yasukuni, a shrine in Tokyo dedicated to warriors and civilians

Cool off from Japanese summer in Nihonbashi