Walk in the footsteps of 2 historical admirals near Yokosuka NB

Walk in the footsteps of 2 historical admirals near Yokosuka NB

The city is in Kanagawa Prefecture and is the home of Yokosuka Naval Base. It was in 1871 when François Verny and other French engineers founded Yokosuka Iron Works, which became Japan’s first Western-style shipyard with dry docks. The Imperial naval shipyard built numerous historical ships in its time, including the battleship Mutsu (39,000 tons and 738-feet long) in 1920 and the aircraft carrier Shinano (69,000-tons, 872-feet long) in 1944. After World War II, U.S. Seventh Fleet vessels would be home ported here.

Meet Perry in Kurihama and Uraga

Prior to the construction of the Yokosuka naval facility, American Commodore Matthew Calbraith Perry (1794 - 1858) and his four battleships of the East India Squadron Fleet would make the historic arrival at Uraga in Sagami-no-kuni (currently, Yokosuka City in Kanagawa Prefecture) in 1853. Back then, Uraga was only a small fishing village and its residents enjoyed a relatively stable and peaceful society under the Shogunate government’s closed-door policy for nearly 250 years. 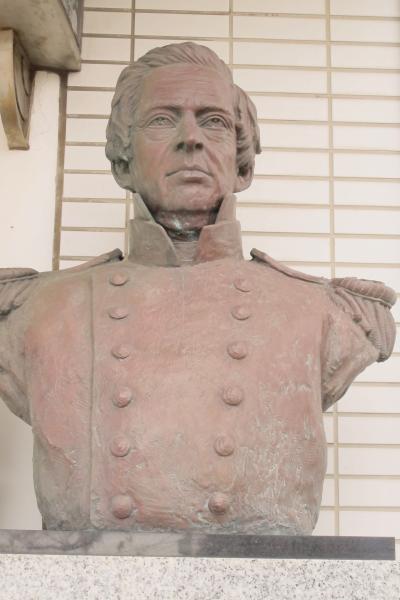 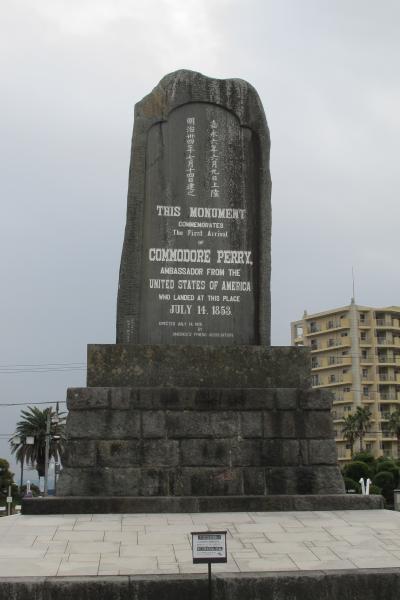 It was a shock then when Perry’s Black Ships swept into Uraga Gulf just three miles south of where Yokosuka Naval Bases stands today. Despite local officials’ demands for Perry and his Black Ships to leave, the commodore refused while stressing his desire to meet with a representative of the ruling government. Perry was persistent, even resorting to intimidation by firing blank shots from the ships’ 73 canons.

Eventually, Japan would allow Perry to meet with Shogunate delegates at Kurihama Beach, southwest of the Uraga Gulf. Perry presented the delegates with U.S. President Millard Fillmore’s letter asking Japan to open the door for bilateral trading relations. In hopes of avoiding war with the United States, officials agreed to sign the U.S.- Japan Treaty of Peace and Amity in 1854 and opened a few ports internationally to the world.

Kurihama Beach is a tiny, quiet beach only about a 20-minute drive from Yokosuka Naval Base. The white sand beach and peaceful waves are in stark contrast to the sight some 170 years ago when Perry and his ships arrived. 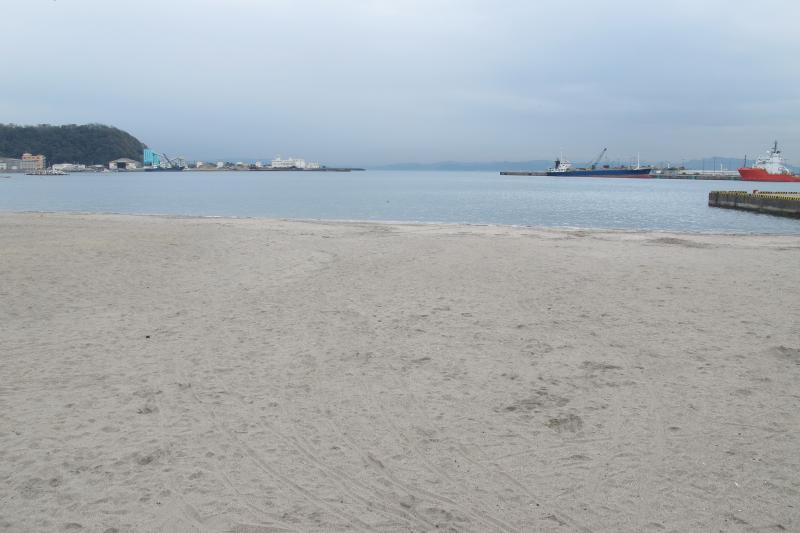 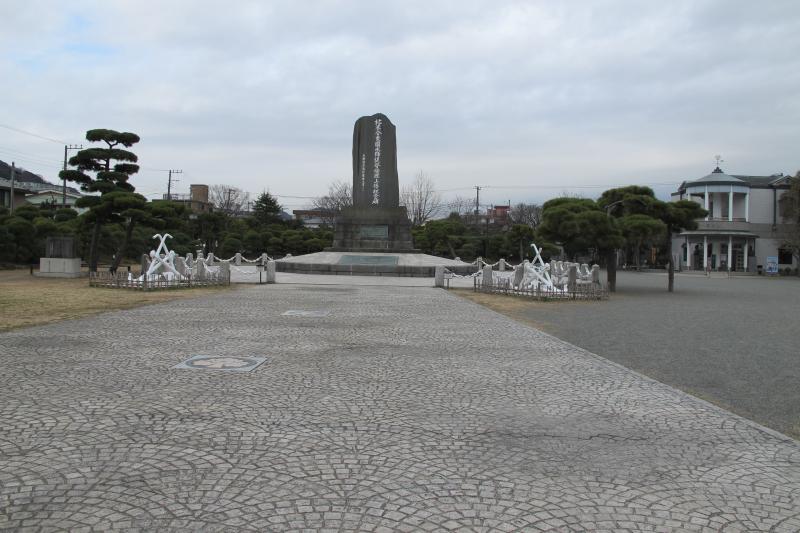 Across the street from the beach, Perry Park features a large monument dedicated to the historical arrival. The large stone has the following inscription: “This monument is to commemorate American Admiral Perry’s landing” in white kanji letters with the date of the landing. A bronze map showcases where Perry had stopped during his excursion. According to the map, his voyage lasted three years and included stops to Madeira, St. Helena, Cape Town, Mauritius, Ceylon, Singapore, Macau, Hong Kong, Shanghai and Okinawa before reaching mainland Japan.

The memorial museum on the park grounds highlights Perry’s life, his excursion and the historical landing in detail through various documents, Perry’s handwritten letters, along with drawings, scriptures and diorama models of Tokyo Gulf and Perry’s fleet.

A short 10-minute drive from the Kurihama Beach, Uraga Gulf, where Perry’s fleet arrived, is a narrow bay that shields ships from heavy wind and high tide, offering an ideal port for any type of ship.

Along the western bayside, there are many old traditional houses and buildings along with Tomyodo, a wooden lighthouse reminiscent of Perry days. The lighthouse was built by the Shogunate Government in 1648 and though it is no longer in use, it is still a beautiful sight amongst its surroundings. According to a signboard, the lighthouse was fueled with grapeseed oil and lit up the sea surface as far as five miles away, which very easily could have led Perry as he approached Uraga. 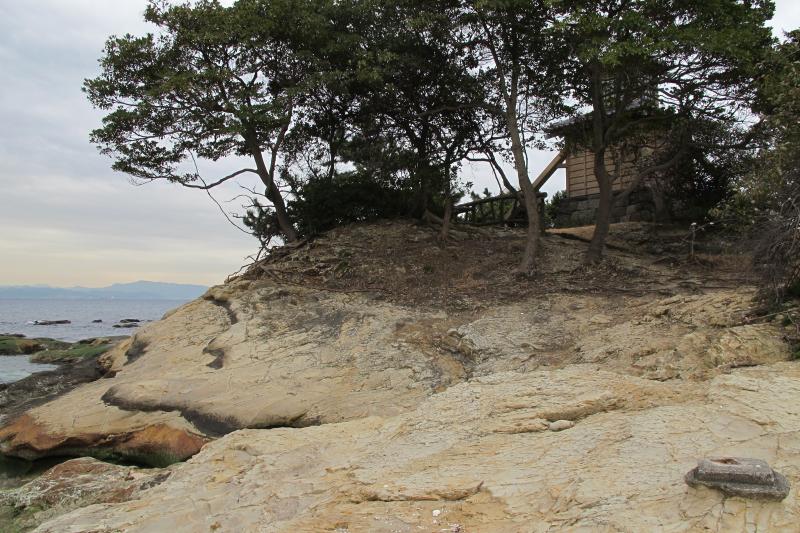 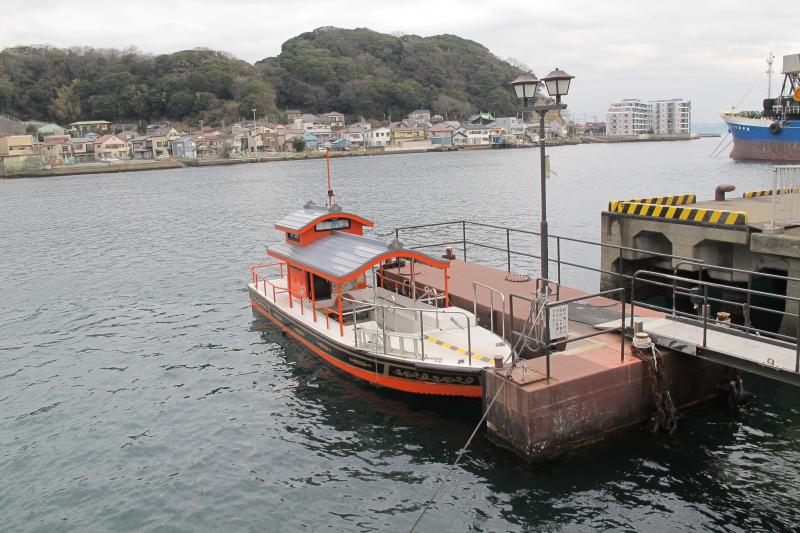 Meet Togo aboard the memorial ship, outside of U.S. naval base

In Yokosuka, you can also trace the footprint of Admiral Heihachiro Togo (1848 – 1934), a Japanese naval great.

A bronze statue of Togo greets visitors at Mikasa Park, next to Yokosuka Naval Base. The park is where the 120-year-old battleship Mikasa has been permanently preserved in concrete right on the water.

The ship gained great fame during the Russo-Japanese War (1904-1905), where she served as the flagship for Japan’s Combined Fleet under the command of Togo and destroyed 34 of Russia’s 38 warships in the Battle of Tsushima.

Today, the battleship is a museum and visitors can go aboard to learn more about its history and Admiral Togo. 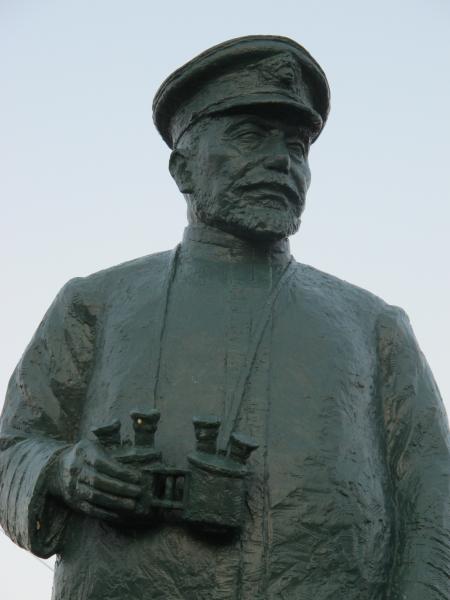 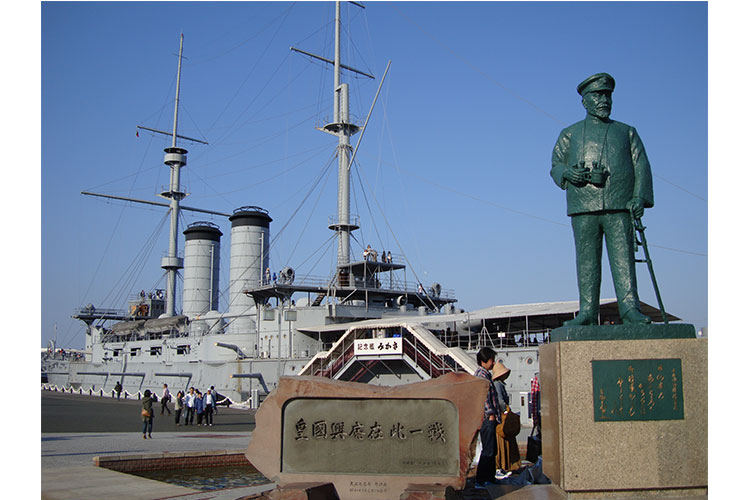 Aboard the Mikasa, visitors can peruse the deck, bridge and chart room, check out the 6- and 3-inch guns, and marvel at the intricate woodwork of the admiral’s quarters. Areas and structures roped off with colored tape indicate actual battle damage or portholes from which cannons were once fired. The lower decks of the Mikasa is home to extensive exhibits featuring artifacts and video displays related to the ship’s and Togo’s history.

Interestingly, it was a U.S. fleet admiral that played an important role in the restoration and preservation of this memorial ship. Chester W. Nimitz, who admired Togo, donated his own money and encouraged the U.S. Navy to support the ship’s restoration.

Today, the Commander of U.S. Naval Forces, Japan, participates in a memorial ceremony aboard Mikasa every May 27, and holds reenlistment ceremonies for sailors there.

After the war, Togo admired Yokosuka’s naval facility and dry docks and said they were indispensable for keeping his fleet ready and greatly contributed to the victory during the Russo-Japanese War.

Though today Yokosuka is a thriving city and host to U.S. sailors and their families, it is a city full of rich history that dates back over 100 years. A visit to Yokosuka is to trace the footsteps of many historical greats that played a major role in how the area has developed today. 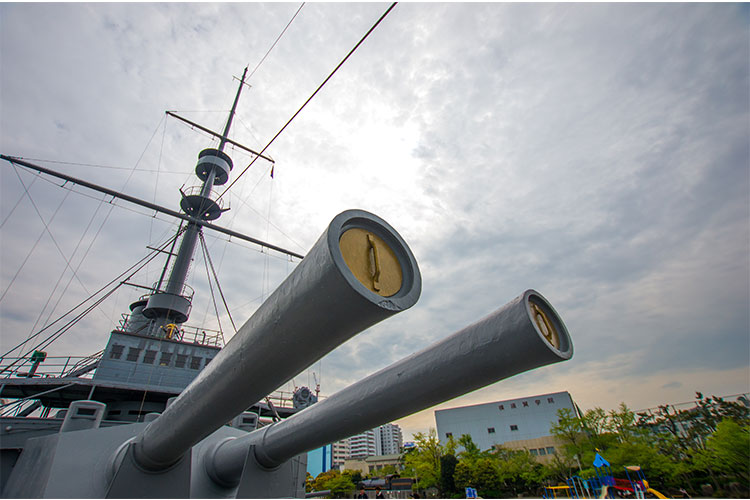 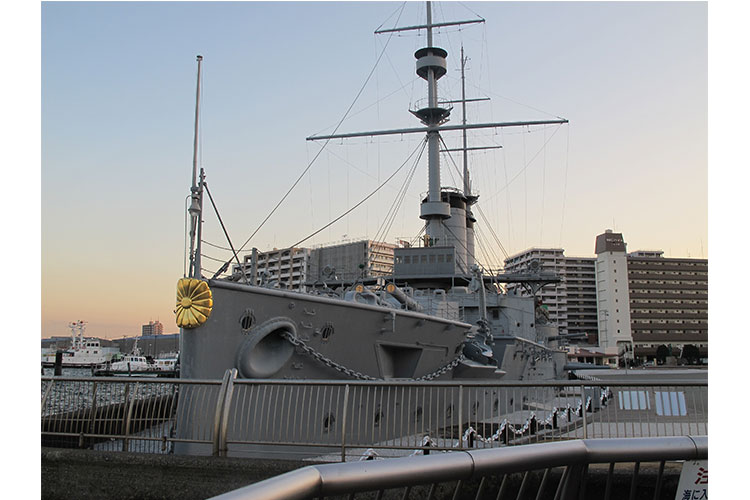