Nakagusuku Castle Ruins will transport you back in time to around 14th or 15th century Okinawa while providing amazing views of the main island’s east coast.

For many, Shuri Castle might be at the top of the Okinawa bucket list, but add a stop to explore Nakagusuku, another UNESCO World Heritage site. This majestic location boasts both beauty and history.

Construction on the castle started in the 14th century and was completed in the mid-15th century as overseen by Gosmaru, a lord appointed as governor of the district by the Ryukyu Kingdom.

Gosamaru was known for his great fortification skills. His expertise is well reflected in some structures of the castle, many of which retain their original form, including the smooth curves that the stone walls and arches draw, as well as the methodical way each stone is stacked. Even Commodore Matthew Perry’s crews were impressed by the construction when they made a port call in 1853, according to the ruins website.

Although Gosamaru’s authority would come to a tragic end as accusations of treason led him to commit suicide in 1458, he is still fondly remembered and associated with this architectural masterpiece.

The south kuruwa served as a sanctuary while west kuruwa was used to train troops and horses. The first kuruwa, located at the center of the castle, is the biggest among the six and is considered a location for the main temple. The second kuruwa is known for its beautiful surrounding stone walls, and it has a place of worship. While these four kuruwa were constructed in the 14th century, the remaining two, the north and third kuruwa were constructed later by Gosamaru in the 15 century.

If you look closely at the walls of the third kuruwa, you would note that stones stack up differently from those of the original four kuruwa. The north kuruwa’s back gate was compared to an “Egyptian style” arch by Perry’s crew, according to a brochure. The north kuruwa also has a water well, which you can take a close look at by going down some stairs.

In December of 2000, Nakagusuku Castle Ruins were certified as a UNESCO World Heritage site along with other castle ruins and related properties in Okinawa.

Visiting this historical location is only a 10-minute drive from Camp Foster. Check it out for a brisk walk, great views and some history. 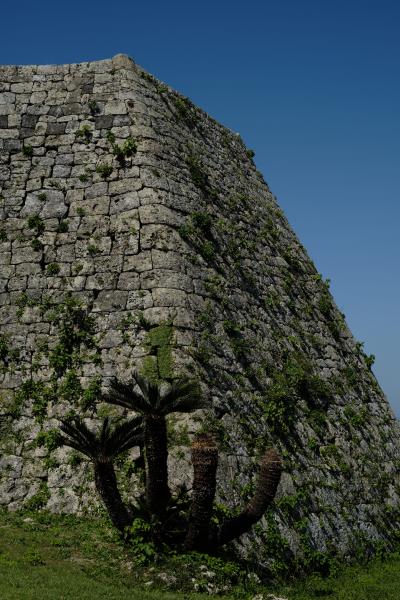 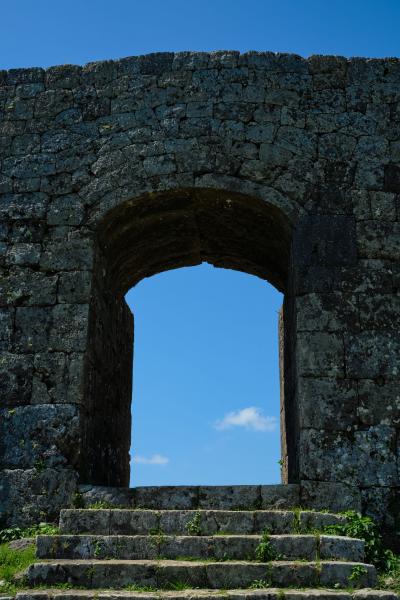 Enjoy summer in Okinawa to the fullest!