VIDEO| A visit to Sugar Loaf, site of brutal conflict in Battle of Okinawa

VIDEO| A visit to Sugar Loaf, site of brutal conflict in Battle of Okinawa

Among the notable battle sites in Okinawa such as Hacksaw Ridge, Kakazu Ridge, and the Former Japanese Navy Underground Headquarters, Sugar Loaf may not attract as much attention as the others. Compared to the likes of Hacksaw Ridge, which has an impressive 400-foot-high elevation, Sugar Loaf’s 230-foot-high elevation, which translates to only 50 feet above the surrounding ground, should not diminish its importance.

Only 77 years ago, Sugar Loaf was the site of one of the deadliest conflicts during the Battle of Okinawa. Today, the surrounding area is popular among locals and tourists visiting the Naha Shintoshin and Omoromachi shopping centers.  Looking at the malls and restaurants lined up there, I can’t imagine what the site looked like back in 1945.

According to the book “Okinawa: The Last Battle,” it was on May 12 in 1945 that the 6th Marine Division encountered the Japanese 32nd Army’s stronghold. The division was heading south to cut through a defense line to the west of Shuri. On this day, Company G, 22nd Regiment of the 6th Division attempted to take the hill four times, but were met by intense enemy fire and had to retreat every time.

It was Sugar Loaf’s unique geography that made it difficult to conquer.

The book described the Sugar Loaf crest as “curved back slightly at each end, affording the Japanese weapons on the reverse slope excellent protection from American flanking fire as well as from frontal attack.” 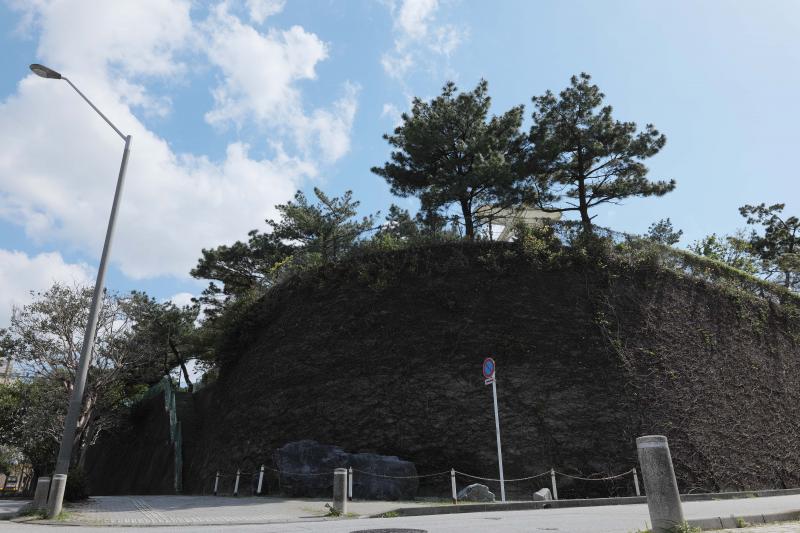 The Japanese military adopted their “reverse-hill” tactics where they hid behind a hill to take cover and launch attacks from there. The hill was also honeycombed with underground tunnels, which the Japanese utilized to mobilize themselves without being attacked.

The reverse-slope defense and underground tunnels were not something new for U.S. forces. Kakazu Ridge and Hacksaw Ridge both have similar topography which allowed for similar strategies.

However, there was another geographical advantage to Sugar Loaf. When the Marines attempted to descend on Sugar Loaf, they were exposed to fire from the hills to the east and south. Then, attempts to reach those hills met the Marines with fire from Sugar Loaf. Plus, they had to deal with artillery from Shuri up higher on the eastern side.

The battle on Sugar Loaf took days and by May 19, the Marines subdued the Japanese forces. According to the book, a total of 2,662 Marines from the 6th Division were lost, killed or wounded.

After the war ended, Sugar Loaf underwent development and transformation. From the nearby Omoromachi Station of the Yui Monorail, you can easily spot the small hill thanks to the water tanks installed on its tip. 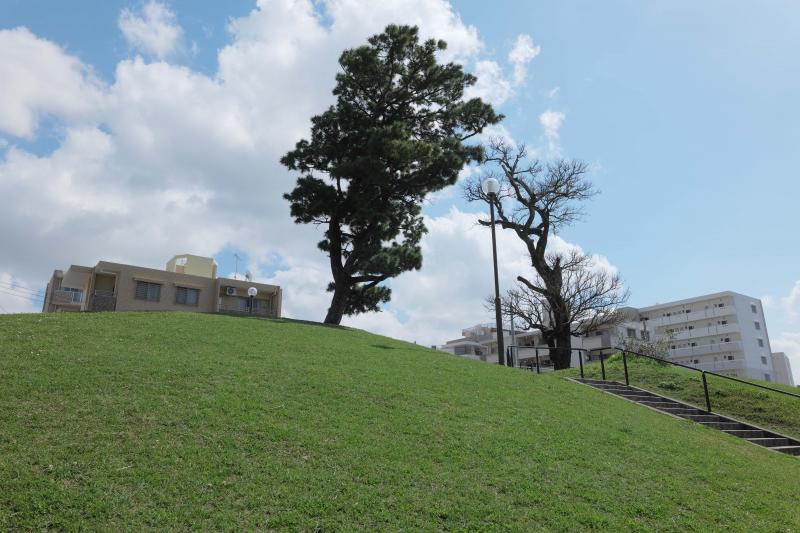 During my visit, I climbed the stairs to the top and saw the only signal of the hill’s tragic history: a small monument.

Half Moon Hill, the hill on the eastern side, is now part of the Makabi Minami Kouen, a park in a residential area. This small hill is covered with grass and at the top, a box displays some remnants of the war like a bayonet and water canteen. Though this location once commanded a good strategical view of Sugar Loaf, today the surrounding buildings and monorail lines obscure this view.

About a 10-minute walk away from Sugar Loaf, I made it to a spot where Horseshoe Hill, the other important hill in the Japanese Army’s defensive position back in 1945, was thought to be located. Today, you’ll find Asato Hachiman Gu, a small shrine.

Although the history of this area is what I’ve read in books, visiting Sugar Loaf today was difficult to translate from what I’d read on the page. The surrounding urban landscape and infrastructure development has created a separation from Sugar Loaf’s past. The battles on this hill, on Kakazu Ridge and Hacksaw Ridge, is definitely one for the history books. 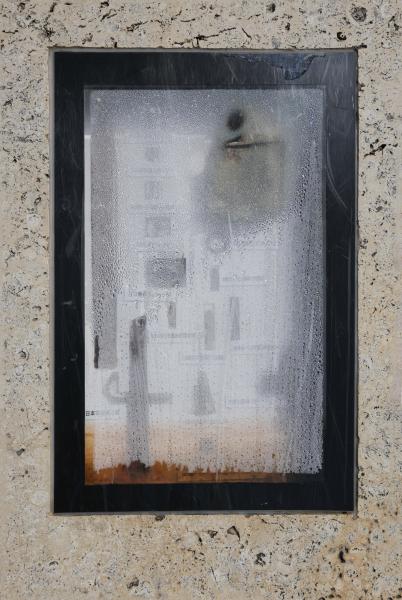 *Half Moon Hill and Horseshoe Hill are located in the middle of residential areas. (Horseshoe Hill is also surrounded by narrow streets.) Discretion needs to be exercised around there.

“Killing Ground on Okinawa: The Battle for Sugar Loaf Hill” by James H. Hallas available on Amazon Kindle for $24.69