In The Land of Rising Sun everything is reborn with the new year! In the early days of January, we often call any action and event by using the prefix “Hatsu-,” which literally means “first time.” So, our first visit to a Buddhist temple or Shinto shrine in the new year to wish for good luck is called “Hatsumode.”

Visiting area shrines or temples for Hatsumode is a great time to see the new year decorations and illuminations many put on for their visitors. Don’t miss the traditional Matsukazari decorations of bamboo stalks and pine branches, and the Shimekazari decorations of strewn straw rope with angular strips of white paper. These decorations are believed to purify the air and invite new life into the space.

This year, my wife, daughter and I made our Hatsumode visit to Samukawa Jinja, a majestic Shinto shrine near Camp Zama. This beautiful shrine in Kanagawa Prefecture has existed for over 1600 years and is considered one of the most prestigious in the Kanto Plain.

Around two million visitors make a stop at Samukawa yearly seeking protection from the Gods enshrined her to ward off bad lock. For Hatsumode, however, more than 500,000 visitors make this their stop during the Oshogatsu period of January 1 through Jan. 3.

During our visit, we walked the stone-paved access illuminated with stone lanterns up to the Shinmon main gate. The Gate featured gorgeous multi-colored nebuta lantern floats depicting human figures modeled after Susano-no-mikoto, a Japanese mythology god who beats evil spirits.

After entering the main shrine grounds, we cast a coin, made two bows, clapped our hands twice, then bowed deeply at the front of the main hall to make our wish.

As luck would have it, our visit on Jan. 2 coincided with a tradition celebrated this very day every year at the shrine. Tsuinasai is a new year purification ceremony involving chanting and taiko drums by the shrine’s Shinto priests to ward off evil and bad luck. The ceremony started at 8 p.m. when all the lights of the shrine were turned off. In the cold darkness, along with hundreds of other visitors, we listened for nearly an hour as the priests conducted the ceremony. The mysterious ritual reminded me of Easter Vigil of Roman Catholic, which celebrate Christ’s resurrection with candlelight in darkness.

At the end of the ceremony, the lights came back on and each visitor was given a shrine envelop with a small bamboo bow and arrow inside. This amulet is believed to protect the holder from bad luck throughout the new year.

Though we were frozen and tired, we left the shrine with a sense of excitement and renewal. Outside the backgate of the shrine, dozens of food booths greeted visitors for some much-needed warmth and nourishment.

Samukawa Shrine is beautiful Shinto shrine worth visiting and wishing for a happy new year free from any bad luck! 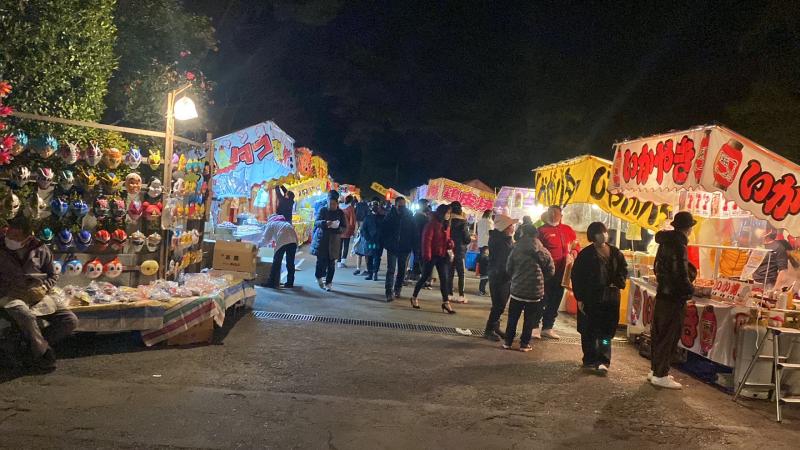 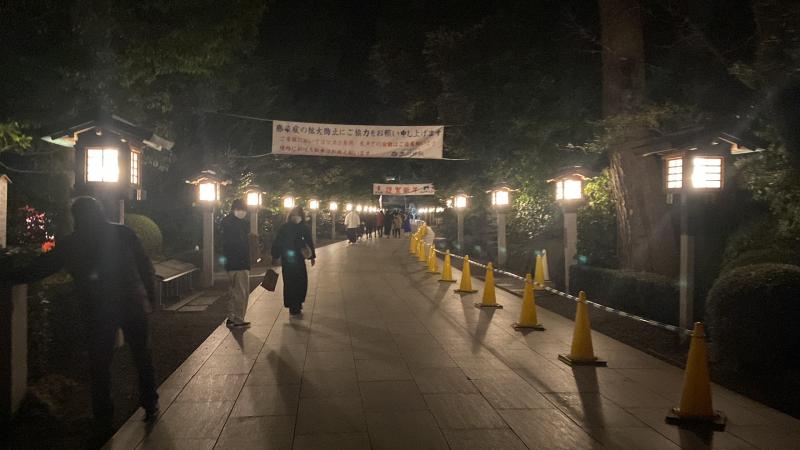 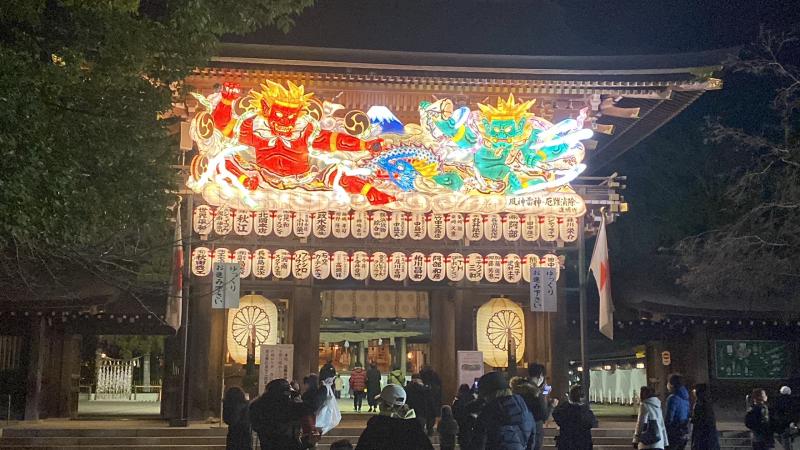 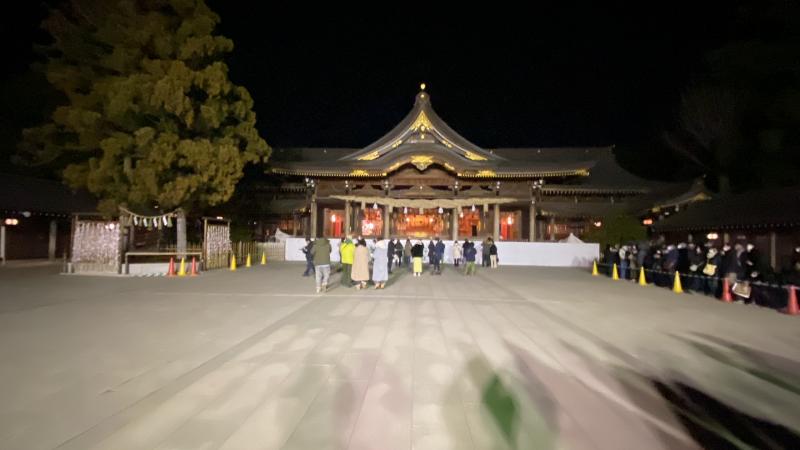 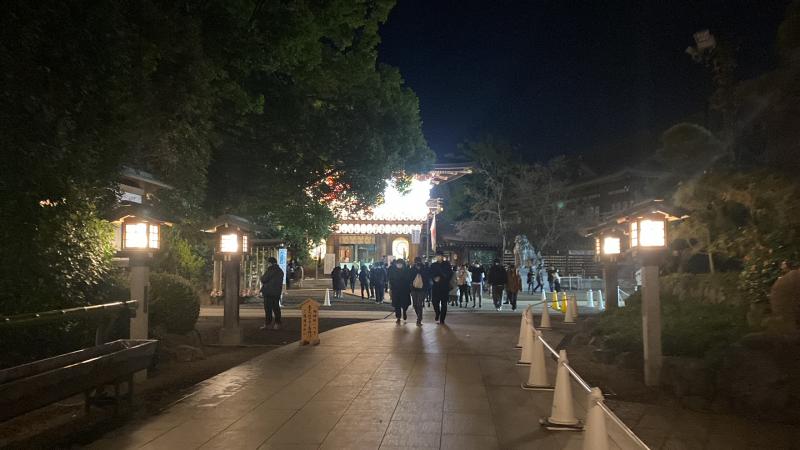 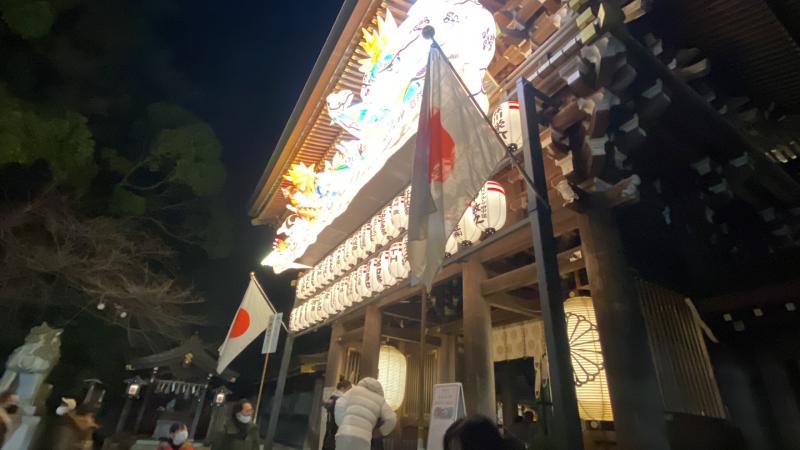 MY FAVES: Shrines and temples to visit in Japan