Tokyo, camera, action! For movie lovers of all genres, standing in the exact spot where some of your favorite scenes were shot is a special opportunity. And, Tokyo has plenty of them to check out.

Almost all movies that take place in Tokyo feature an aerial shot of Shibuya Crossing, the scramble where throngs of people cross the street at once in multiple directions. But from the touristy to the subtle, Tokyo has many more locations that have made appearances on the big screen.

For the sake of this article, I only included films that are either popular in Western culture or had a theatrical release in the U.S., as there are thousands of Japanese film locations around Tokyo, enough to fill a whole book or maybe even a library.

From the Grudge to Fast and Furious, here are some stops for cinephiles. 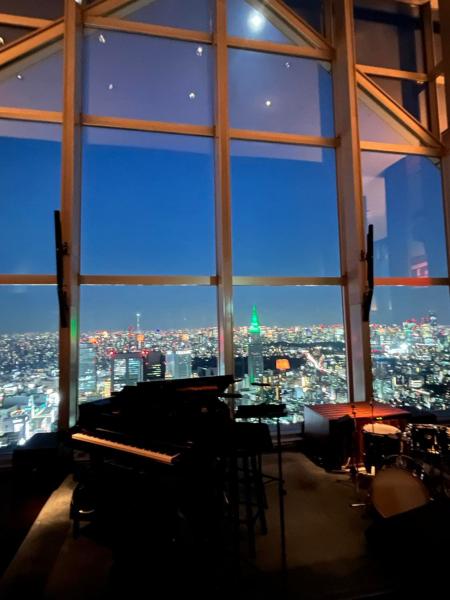 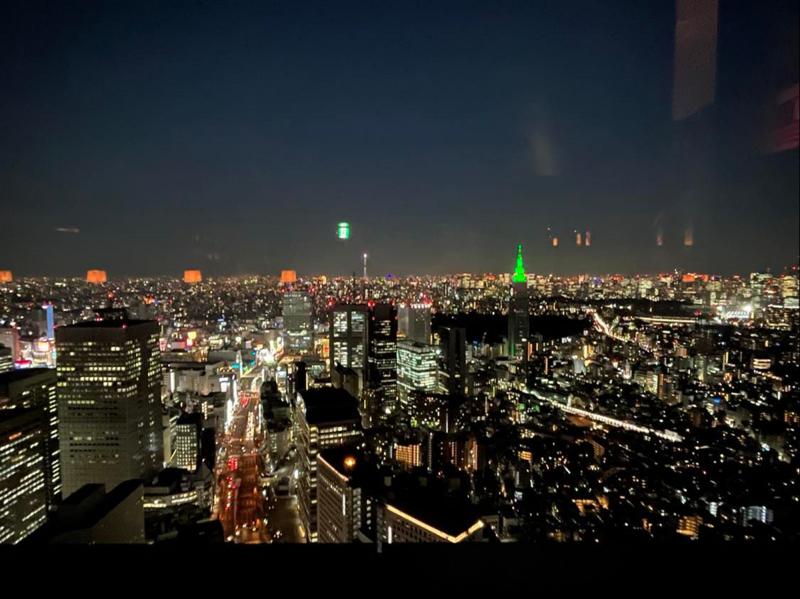 Sofia Coppola’s 2003 movie uses the Park Hyatt Hotel in Shinjuku as an anchor location throughout the film as Bill Murray’s character finds himself there for a promotion campaign for Suntory Whiskey. While an overnight stay in this hotel can be expensive, especially if you want the view Murray had in the film, there are other places in the hotel where you can get exact scene replications, such as the New York Bar on the hotel’s 52nd floor.

The bar opens at 5 p.m., offering breathtaking views of the city lights below. Because you get such a sweeping view of Tokyo, it is clear to see why it was chosen as a film location. It usually offers jazz entertainment, as seen in the movie, but coronavirus has caused the hotel to cut back on those performances.

You can also eat at the nearby Shabuzen, a shabu-shabu restaurant where Murray and Scarlett Johansen’s characters reflected their moody conversation in their behavior and were super gaijin smashing by being rude to their waiter and scoffing at the food. 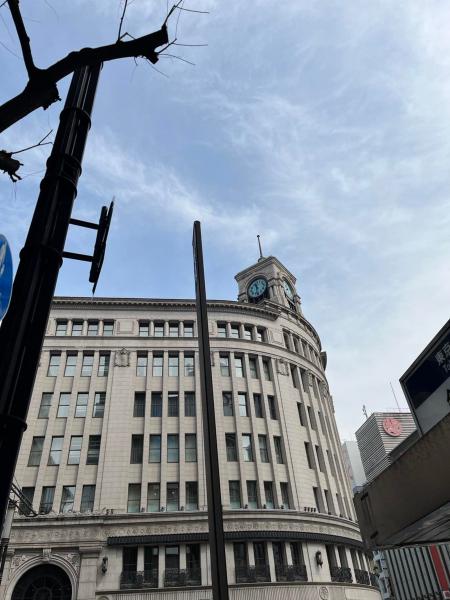 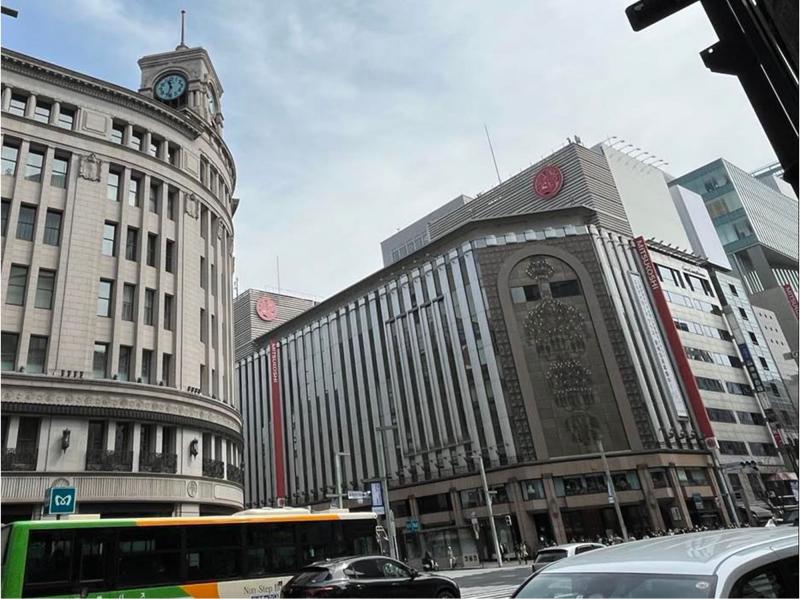 The Wako Clocktower in Ginza, a landmark in the upscale district of Tokyo, has gotten a little bit of a facelift since its appearance in the 1954 genre-defining film Godzilla, but it is the same building featured in the movie.

Godzilla, a staple of both Japanese lore and cinema, destroys the clocktower in a fiery spectacular fashion, especially by cinematic standards of the time.

Today, this area is known for its ritzy shopping, so it’s funny to picture Godzilla trampling past the nearby Gucci store.

It could be a fun idea to bring a Godzilla figurine with you and do some camera magic to make it look like the sea monster kaiju has come back to destroy it again. 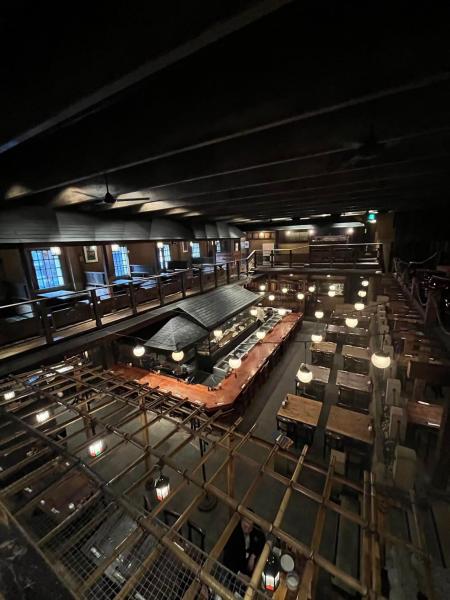 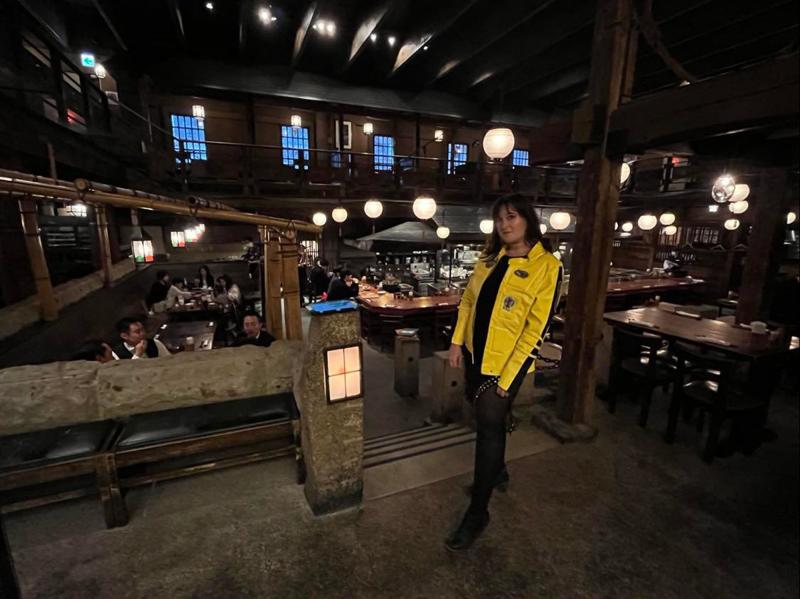 My personal favorite movie franchise on this list, Quentin Tarantino’s Kill Bill: Vol 1, is probably the most sought-after film location destinations in Tokyo by Westerners.

At the restaurant Gonpachi, visitors can see where Uma Thurman fought off the Crazy 88 and scalped Lucy Liu.

I was warned that the restaurant is much smaller than it appears in the film, as can be expected, so I was pleasantly surprised to see it was actually larger than I had imagined it after those warnings and looks close to how it does in the film. From the moment I walked in, I could tell I was in the right place.

Our waitress was also a fan, and said she started working there because of her love of the movie.

Gonpachi has a restaurant on the first floor, private tables on the second floor and a sushi bar on the top floor. The sushi section opens at 5 p.m. and offers guests access to the patio where the fight scene between Thurman and Liu was filmed.

While the interior of the restaurant is pretty spot-on, expect the outdoor area to be starkly different from the film, as it appears much smaller, is filled with tables, and is surrounded by high rise buildings that were edited out of the movie to make the location look more remote. But if you can imagine the tables gone and the patio coated with snow, you can definitely tell that is the spot.

The restaurant used to offer drum shows on Sunday evenings, but the entertainment seems to still be on hiatus. But even without the drums, I enjoyed walking around the restaurant in my yellow moto jacket, a replica of Beatrix Kiddo’s costume, pretending I was Black Mamba.

Gonpachi is a chain, so make sure you go to the Nishi-Azabu location. 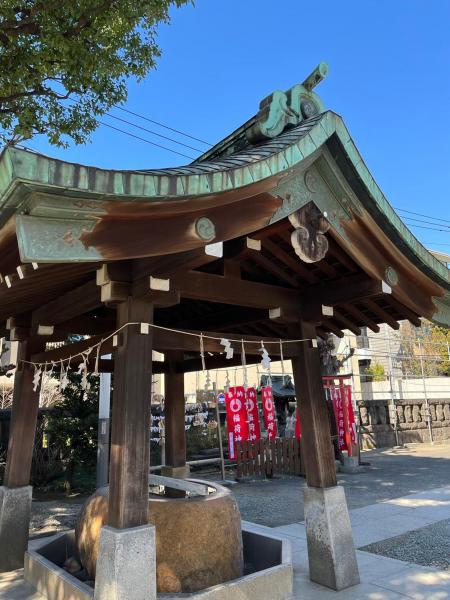 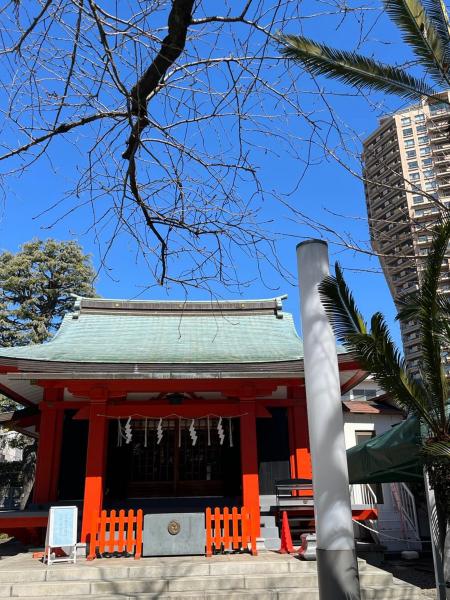 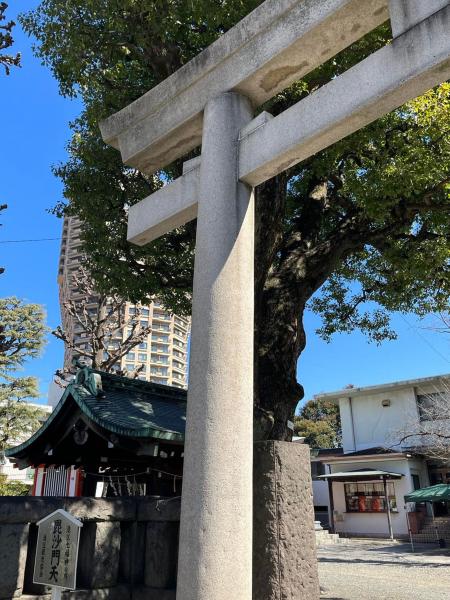 This one isn’t exclusively a film, but it has movies in its franchise and is immensely popular in Western culture, especially for women who were teens or pre-teens in the 90s or early aughts, so I counted it.

Visitors can see the Hikawa Shrine in the Minato ward, where Sailor Mars and her grandfather live and work. It is also used throughout the series as a gathering point for the Sailor Guardians.

It is a small shrine, but for fans of Sailor Moon, it possesses a certain inspirational magic to it to imagine Sailor Moon’s creator Naoko Takeuch scouting the location for her stories about feminism and friendship.

Just remember to be respectful when you visit, because this isn’t just a location of a globally-recognized anime, but a significant place of worship. 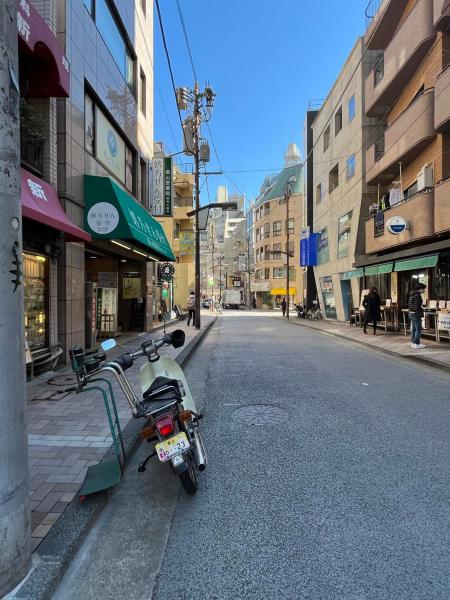 Some street scenes were filmed in the Azabu-Juban district, close to the Sailor Moon shrine. Azabu-Juban is a trendy residential neighborhood in Tokyo, with cobble-stoned paths in some places that give the area a more village-like feel while still being in the center of the city.

The movie also uses Futsal Park in Shibuya, a rooftop soccer field with impressive views of the skyline, including the scramble mentioned at the beginning of this article. 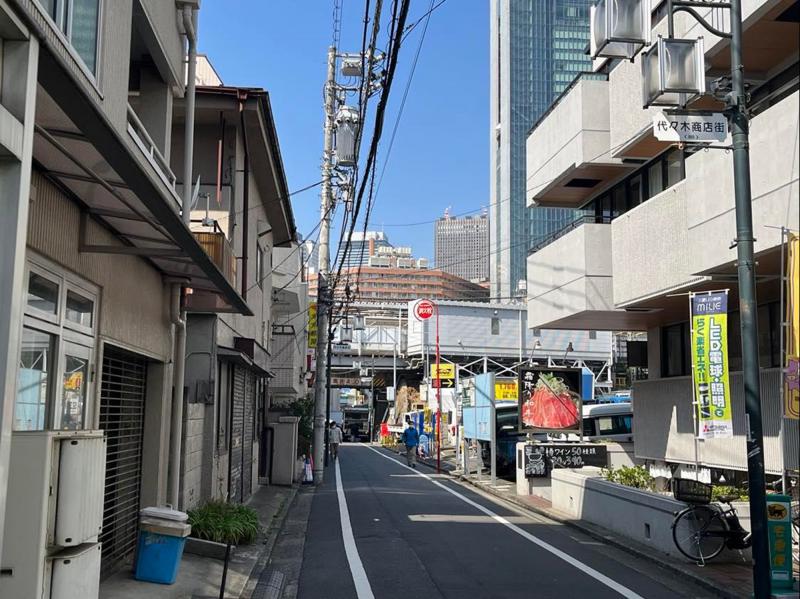 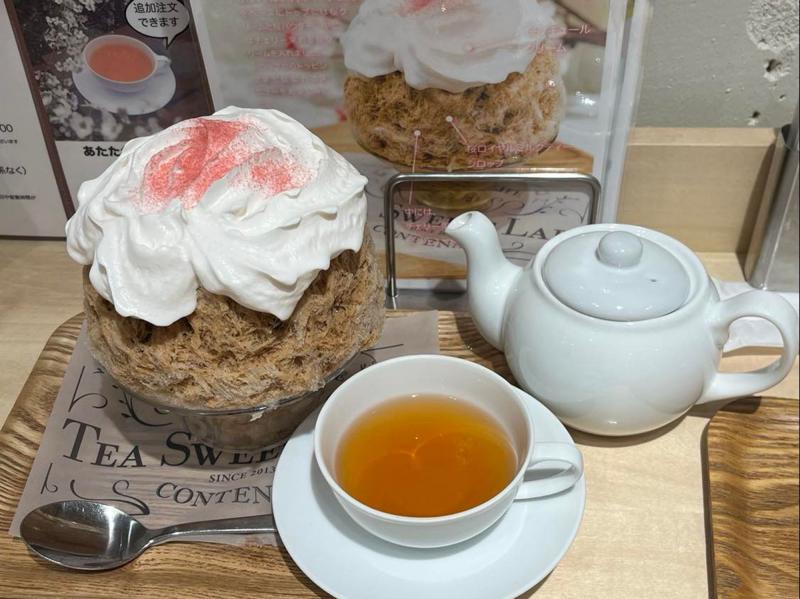 While the house in The Grudge was filmed on a soundstage, and the building used as the house’s exterior is no longer there, the street leading up to the house in both the Japanese and American versions still has seriously ominous vibes for horror fans.

The Grudge is in my opinion one of the best Japanese-to-American remakes as Takashi Shimizu, the director and creator of the original film, also directed this version. I am talking about the 2004 film, not the 2020 travesty.

While the street, a short walk from Yoyogi Station, may not feel like anything special to passersby, I instantly recognized it from the opening scene in both movies.

You can also visit Fungo Dining, the restaurant in Shinjuku where Jason Behr’s character works. For me, however, the uniqueness of The Grudge is the chain of horror and sorrow attached to suburbia and the Saeki house.

After feeling eerie and reflecting on a movie with centric themes of grief and death, round the corner to cheer yourself up at Contenart Tea Sweets Lab, a shop with a massive variety of loose-leaf teas and heaping, beautiful servings of shaved ice that look like works of art. The tea is displayed along the walls in tiny vials, and the shaved ice, with seasonal flavors like Sakura, are fantastical looking in both their size and presentation. 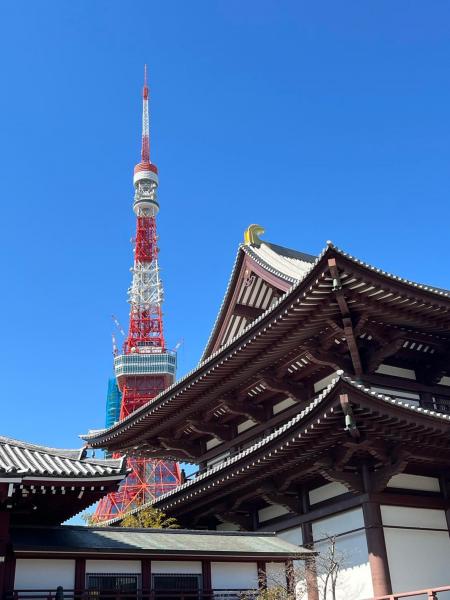 Zojoji Temple is the backdrop of an epic fight scene in The Wolverine of the X-Men franchise. The Japan-centric installment is one of the most visually appealing in the series in my opinion.

Even if you are not a fan of X-Men, this area is gorgeous and is clear to see why it was chosen as a film location. Old meets new as Tokyo Tower provides a backdrop to the temple, and it is a nice spot worth a visit to take pictures and walk the grounds. 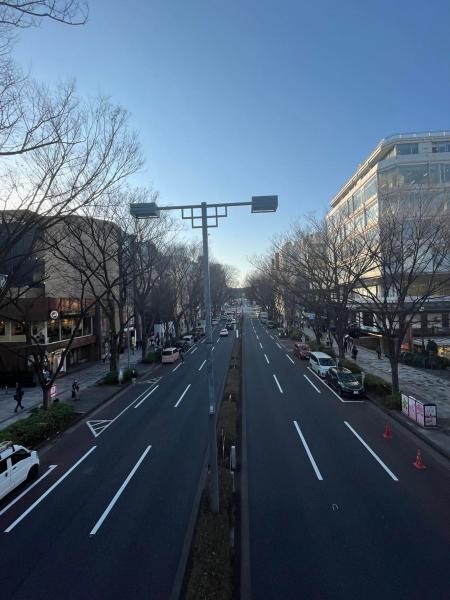 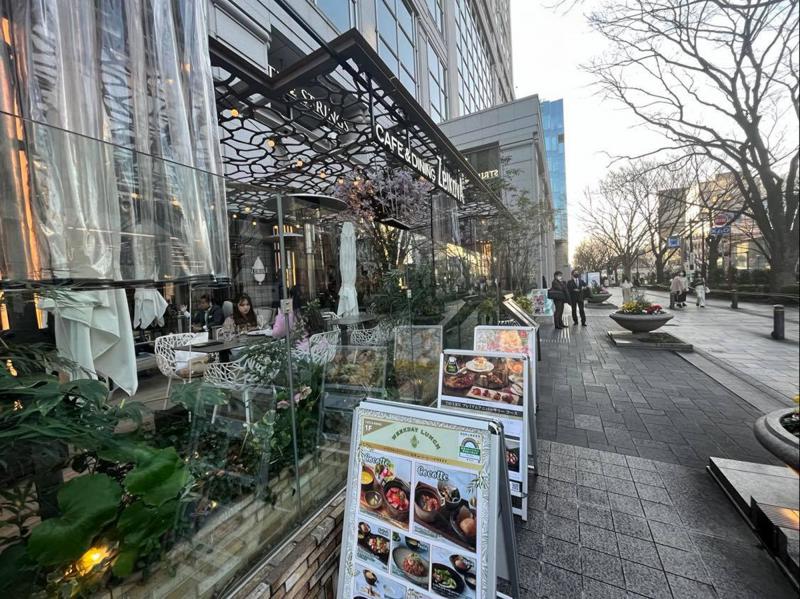 This one may be less popular among Western viewers, but I included this 1999 movie because it is one of my all-time favorite horror flicks and inspired many current popular Western directors of the genre, including Eli Roth.

Most of this movie was filmed in studios, but outdoor scenes are filmed on Omotesando Avenue, a tree-lined street that serves as the main thoroughfare between Shibuya and Harajuku with high-end shopping and dining.

I scoured the internet for which exact café the fateful first date scene was filmed in, but all I could find was that production did take place “at a real restaurant” (very helpful, I know). Just about any of these cafes along this street though serve as a close-enough reference of the film, and enough to give you a sinking, eerie feeling that Asami may walk in at any moment.

Because of the proximity of these places on Tokyo’s train lines, it is possible to marathon it in one day. It could even be fun to turn touring these places into a photo scavenger hunt.

VIDEO| Underrated attractions in Japan that are less crowded

Speakin' Japanese: It’s as if the town was frozen in time!