Since Yokosuka is at the entrance of Tokyo Gulf, it has also functioned as a fortress for Tokyo. Even today, you can still find a lot of ruins of gunnery battery sites, powder magazines and other military facilities of former Japanese military within the city.

With the aim of rediscovering the industrial heritage in the city, Yokosuka City recently launched a “Meguru (touring historical sites) Project” to highlight the city’s history, particularly those around the Uraga and Kannonzaki districts. Through January 23, visitors will be treated to guided tours of Chiyogasaki Gun Battery Site and Uraga Dock, along with a 30-minute cruise in the Uraga Gulf on weekends and holidays. 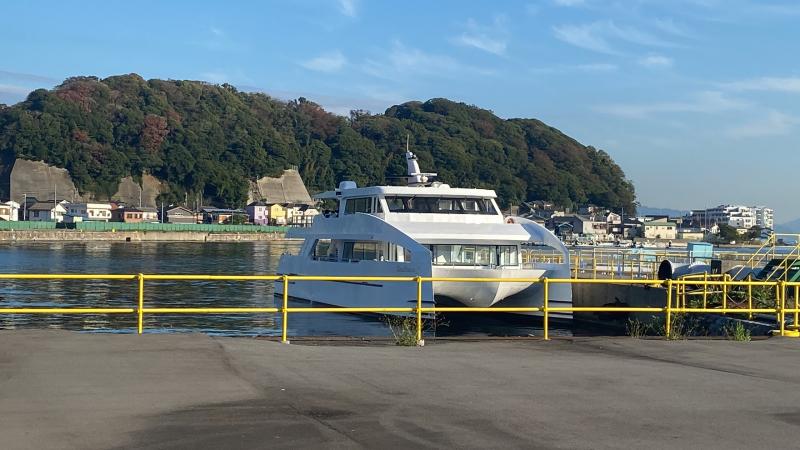 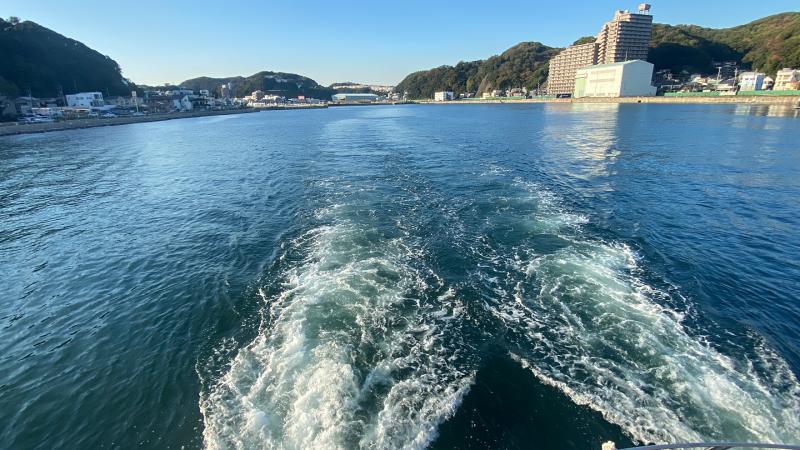 Recently my wife and I took this as an opportunity to learn more about the area where we live. First, we toured the Chiyogasaki Gun Battery Site ruins up on a hill on Uraga Town’s south end. 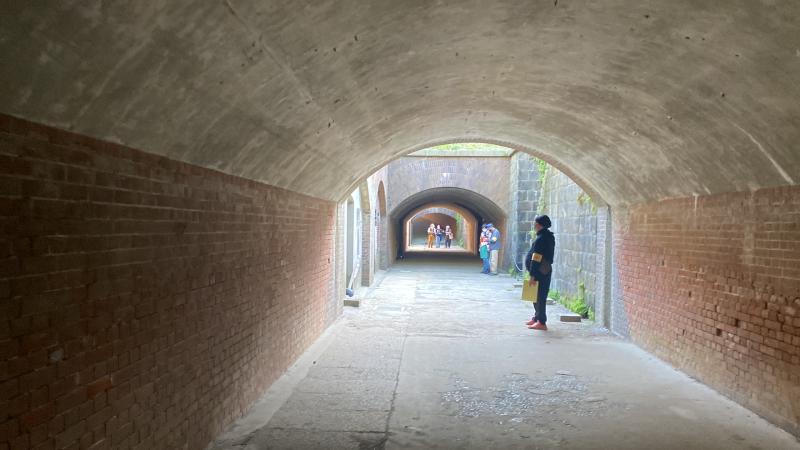 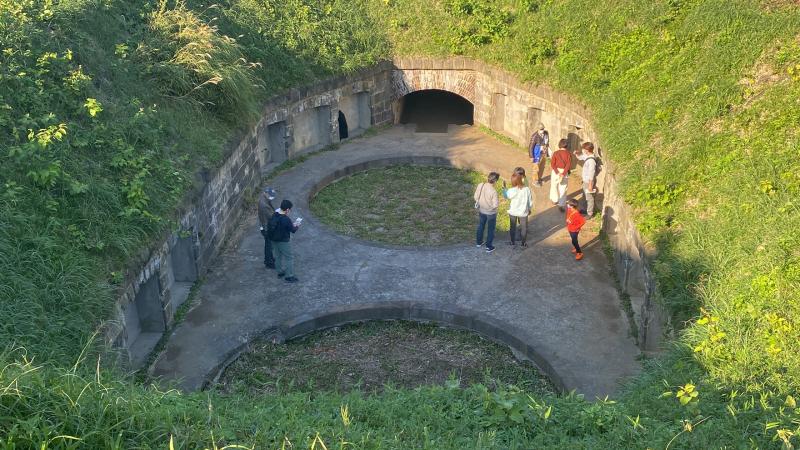 This site was constructed by the Japanese Imperial army around 1892, according to our guide. During the tour, we checked out brick-made large gunnery site, home to six cannons, its powder magazines and the paths and underground tunnels connecting them. Getting through some of these places required candlelight, so it felt surreal and almost like being at an amusement park.

The volunteer guides (some even spoke English) were available to answer any of our questions. At the top of the ruins, we were able to appreciate the vantage point of this spot while enjoying the beautiful view of the Tokyo Gulf and Chiba Peninsula beyond. We live in Uraga District and had no idea this was a designated historical heritage site.

We drove to the site, but there is a shuttle bus available to take visitors from the battery ruins to the former Sumitomo Heavy Industries Uraga Shipyard (where Uraga cruise and drydock tour are provided). 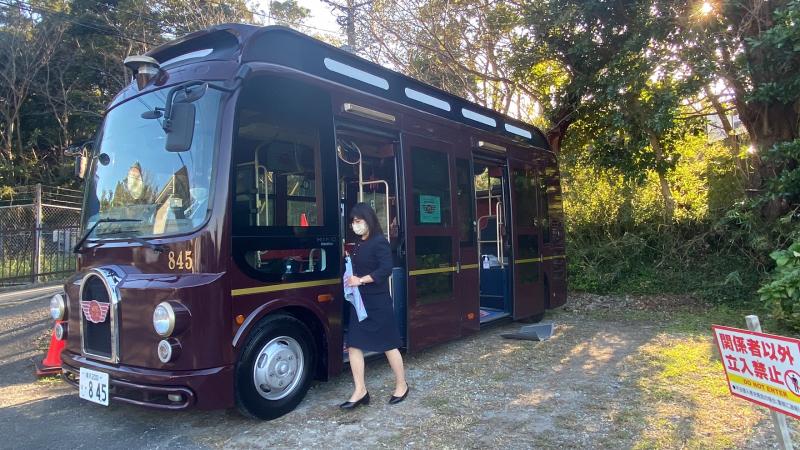 After the tour at the gunnery ruins, we joined a 30-minute Uraga History Cruise starting at the docking area of the former Sumitomo Shipyard for 500 yen. The two-story cruise ship was very comfortable and, on the cruise, we were able to pinpoint many historical spots. Some of these include Commodore Perry’s anchorage point, many Shinto shrines, ruins of the Uraga Magistrate’s Office of Shogunate Government, and a replica of Uraga’s old wooden lighthouse.

As we floated along taking in the sights and sounds, a knowledgeable member of the crew explained the points of interest and the significant contributions made in this area for the development and modernization of Japan.

There is also another tour available of the Uraga Dock in the shipyard. Built in 1899, it is only an existing brick-made drydock in Japan, which has built and repaired more than 1,000 ships until it was abolished in 2003. 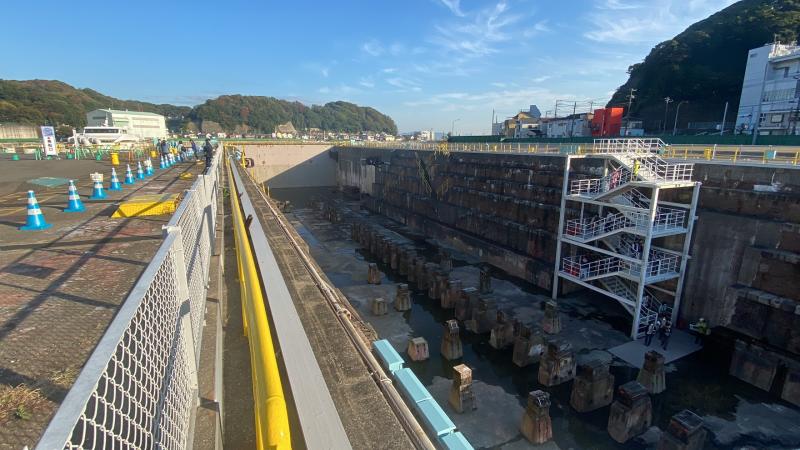 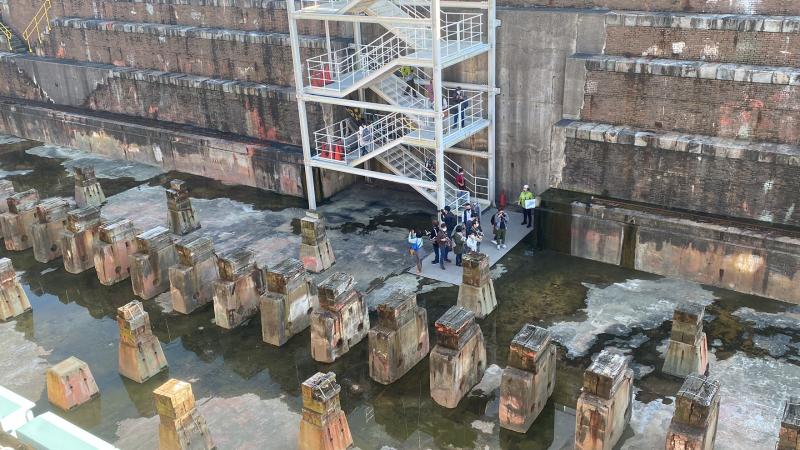 If you are in Yokosuka, this is a great chance to get to know the city’s deep history and enjoy the great views of the unique gulf. My wife and I have lived here for years and we enjoyed learning more about our hometown.

Hang out at Yokosuka's Monkey Island