When tourists visit Suo-Oshima Island, the “Hawaii of Setouchi,” they can expect a taste of the Aloha State but might be surprised to find a taste of Cambodia.

O-KUN, a food booth in the parking lot of the Sazan Seto Towa roadside station, is only a 1-hour drive from MCAS Iwakuni and offers reasonably priced Cambodian dishes. The menu list includes curry soup for 350 yen ($2.50), braised pork rice bowl with egg for 700 yen ($5), and Sarch Moan and Kuitiv for 500 yen ($3.80). 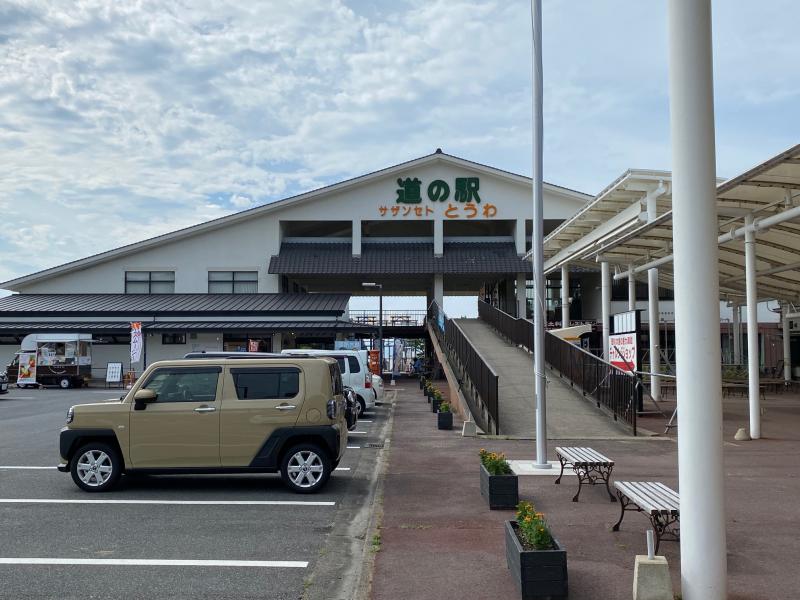 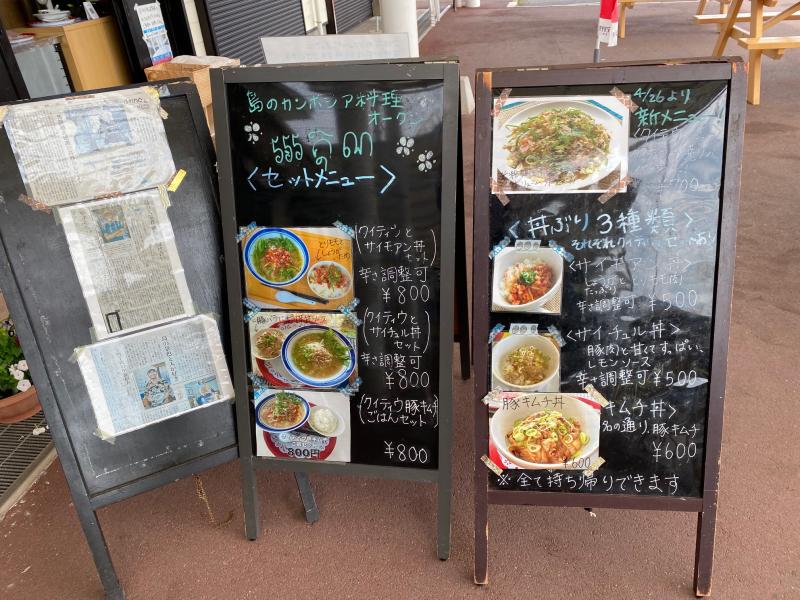 Though I’m not experienced in Cambodian cuisine, chef Rim Pisey at O-KUN kindly suggested I try Kuitiv, a popular Cambodian rice noodle dish. After asking me some questions about my taste preference (spicy or mild, coriander?), he started cooking my noodles.

As he cooked, Pisey and I talked about what brought him to this beautiful island. Pisey is from Phnom Penh and struggled with his family during the post-Pol Pot Administration. Pisey studied Japanese in college and became a language instructor in Cambodia, where he met his Japanese wife. The couple moved to Japan in 2007, and Pisey learned to cook in Chinese restaurant chains in Hiroshima, Okayama, Tokyo, and Yokohama. In 2017, after Pisey and his family, including three children, moved to Suo Oshima, he opened his own restaurant. 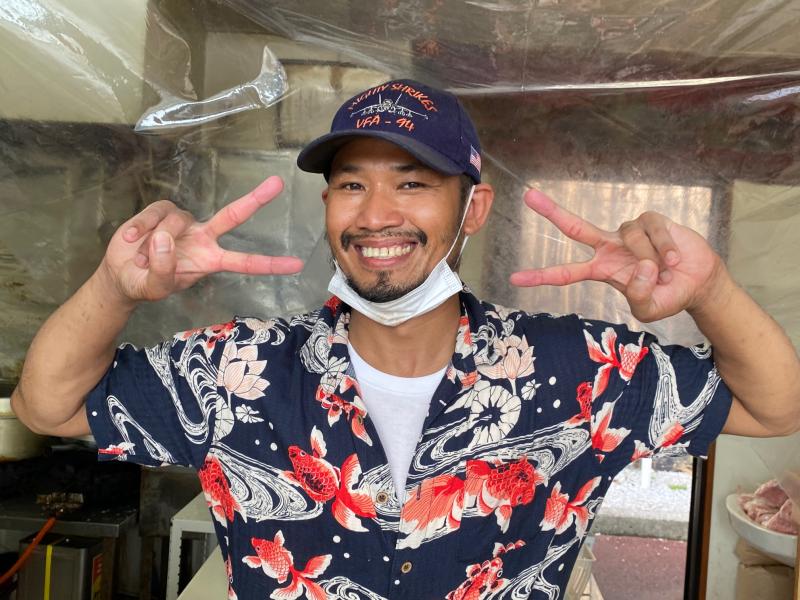 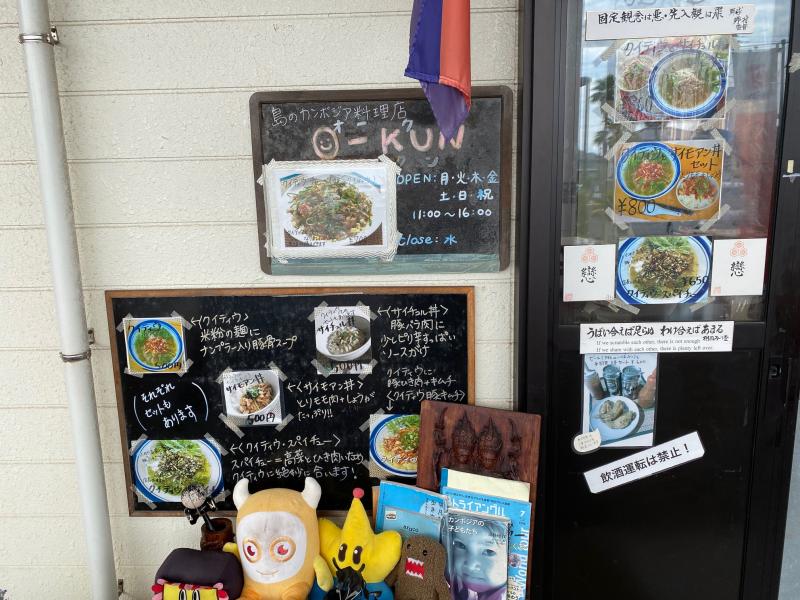 Pisey said he loves living on the island surrounded by rich nature and warm-hearted residents.

“Such beautiful blue ocean and traditional Japanese houses are some that I’d never experienced in my life in Cambodia,” Pisey said. “I can’t thank the people we’ve met here enough for their kindness, help, and friendship.”

Pisey named his restaurant O-KUN which means “thank you” in Khmer. 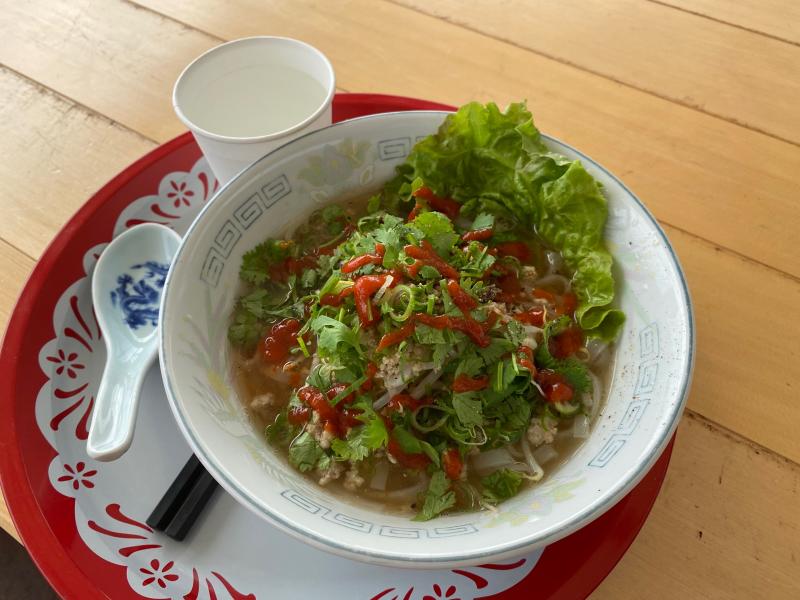 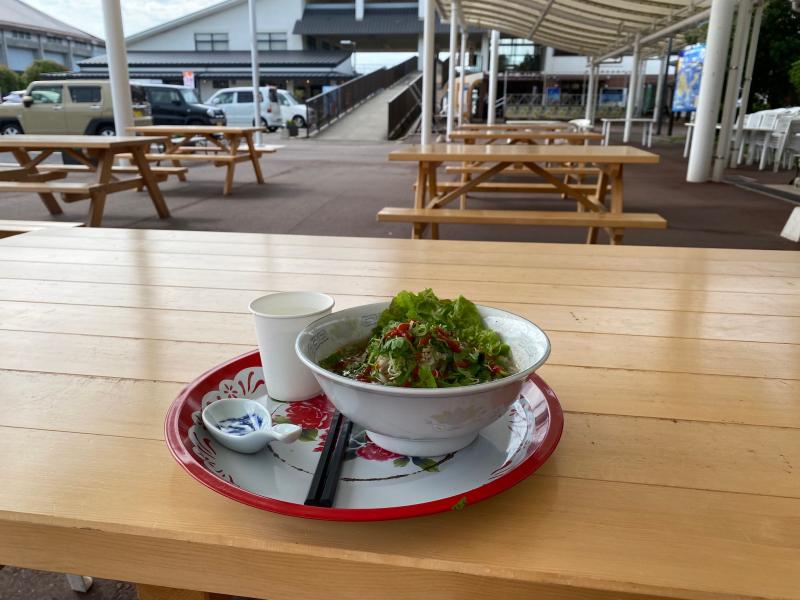 In 2018, Pisey’s experience coping with difficult times came in handy when a large cargo ship crashed the bridge and downed utility lines connecting Suo Oshima and the mainland. Water supply to the island was halted for more than a month after the crash, and Pisey didn’t close O-KUN. He instead continued to feed his neighbors as he’d learned to do in Cambodia using well water.

Soon, Pisey was done preparing my delicious meal, and I was ready to dig in. I was impressed with Pisey’s Kuitiv for the gentle yet sophisticated flavor. The dish was straightforward and didn’t have the intense flavors of similar dishes found in Thai, Korean and Indian cuisines. Instead, the Kuitiv featured fragrant herbs, vegetables, minced pork, and spicy chili sauce. In fact, the pork-based broth was extremely smooth yet full-bodied, helping and reminding me of French consommé soup.

I felt the gentle but deep taste of Kuitiv reflecting Pisey’s life and personality. So, if an exotic taste cooked by a gentle-minded chef is what you’re craving, visit O-KUN to get a sample of some authentic Cambodian cuisine. The tasty dishes will fill in both your stomach and heart. 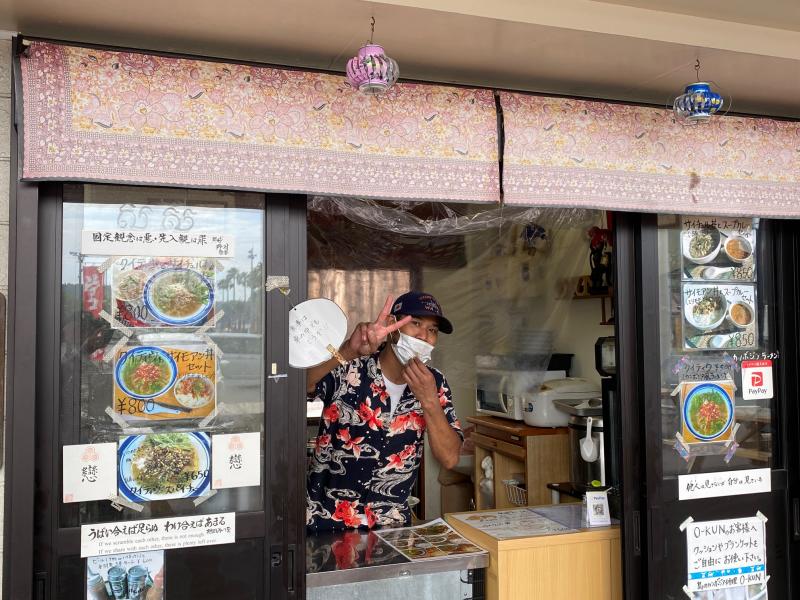 VIDEO| Get the Hawaii feel at Suo-Oshima near MCAS Iwakuni

VIDEO: Speakin' Japanese: It makes me feel as if I went back in time!