Editor’s Note: Check base travel restrictions before planning to visit these areas.

Going on holiday is always an exciting time, and you come back with beautiful memories and an urge to come back. So what could possibly make a trip to Japan any more special? Well, how about declaring your love to the world? That’s exactly what the following six couples did, and we’re happy to be able to share their reasons and memories with you too.

Who knows, perhaps these stories will spark you to do the same...?

“I chose it because we found Enoshima on our very first trip to Japan 2 and a half years ago, there's a folktale about a beautiful maiden who an evil dragon falls in love with, the dragon renounces his evil deeds and professes his love to the maiden and that was how the island was formed! We found an amazing place to see the sunset over Mt. Fuji and I knew I had to propose there!”
Chance and Sarah / 20s / American couple

Chance and Sarah have been making a bit of a name for themselves in Japan travel communities online due to their stunning photos and thirst for adventure. You can really see their love of travel through their posts, as well as their love for each other!

The pair love traveling in general, but Chance told us Japan was extra-special for them: “I felt I had to do it in Japan, Japan stole our hearts ever since we first came here”. Chance said his heart was originally stolen by Sarah, but then once again by Japan itself! He said it “just felt right” to do it in the land that swept them both off their feet. Is that romantic or what?

They spent their honeymoon in Japan, and explored far and wide – including a beautiful trip to Hokkaido to see the autumn leaves!

The (currently) purple haired couple have their own YouTube channel, it’s great to watch them going along on their adventures around the world! 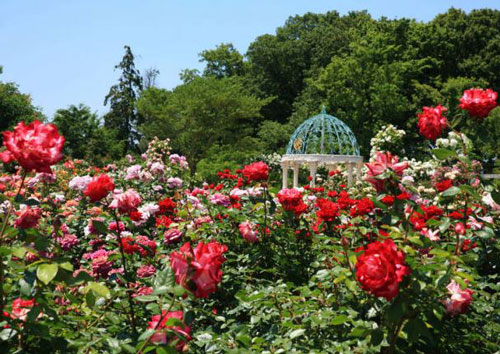 “My husband proposed to me in Keisei Rose Garden (京成バラ園) because he knows that I love roses most of all flowers. This garden is filled with thousands of roses in all kinds and colors, and it’s a very romantic spot. We go back to this rose garden every year from now on, on the same day that he proposed to me, to celebrate that proposal among all of the roses.”
Stephanie / 20s-30s / Swedish and Japanese couple

Stephanie told us that her now husband proposed to her in May 2018. It sounds like they visited at the absolute perfect time – the sun was shining and they were surrounded by a beautiful array of different colored roses, all in full bloom. Forget the romantic gesture of a single red rose, and give your loved one a whole garden instead!

With such beautiful sights to be found in the park, it’s no wonder they go back every year. And to top it off, they had their wedding in the Landmark Tower at Yokohama’s Royal Park Hotel. The festivities took place on the 66th floor, where there is a stunning view over Yokohama. Stephanie said the wedding was “one of the best days in my life ever, because I got to celebrate my wedding with my husband in this beautiful spot with this amazing view.”

“I was shocked and nervous, followed by happy tears, he was nervous and a bit shakey. Japan was our first trip together as a couple back in 2017 and this was our second trip to Japan – we even climbed mt fuji!”
Charmaine / 20s / Australian couple

Charmaine told us that in this case, the proposal spot was not at all planned out, but completely spontaneous and based purely on gut feeling. Sometimes that’s just the way to go – when you know, you know!

Kyoto Station is one of those interesting spots that has so much more to do than you might think. Whether you’re feeling a bit lovey-dovey from all the strolling around in the traditional areas, or you’re simply lost in each other’s eyes at one of the great restaurants there, a proposal is not totally out of the ordinary!

Charmaine has been to Japan in spring and summer now so far, and wants to try and complete the seasons by visiting in winter next.

“I proposed there for a few reasons, we had been to Japan prior and she always wants to go back, so it’ll have a bigger meaning each time we go back. She fell in love with the movie [Your Name] the first time we watched it, she’s watched it countless others since and as the giant climax of the movie, it obviously stands out in your mind.”
Bryan / 20s-30s / American couple

Bryan saw our article that pointed out the real Tokyo spots featured in the hit movie, Your Name, and told us that he proposed to his now wife in one of the spots! Of course, we had to reach out to him to hear more. He told us that his wife is a huge fan of the movie, so they went to visit the iconic red-handled staircase.

Bryan told us that he had wanted to propose on the staircase itself, but there were a few too many people taking pictures, so he walked down to the foot of the stairs. “I stopped to “tie my shoe”, she walked another step or two, and when she turned around I was down on one knee with the ring out. I didn’t even get to actually ask because she started crying and asking if I was serious.” In the end, she of course said yes, and one year and three weeks later, they’re heading back to Japan as a married couple!

“My husband Peter proposed on the snow field in Hakuba at sunset while it was snowing. He said he always wanted to propose in the snow and knew japan would be perfect as it’s my favorite country.”
Kristy and Peter / 20s / Australian couple

Hakuba is an area a few hours from Tokyo, known mostly for its incredible skiing. And of course, where there’s skiing, there’s snow! Peter chose this winter wonderland to propose to his wife Kristy to make their trip all the more special.

Kristy told us that she was in absolute shock, and was really impressed by her now husband’s choice. They’ve been happily married for five years, and intend to come back to Japan to celebrate the anniversary along with their two young daughters. A romantic getaway can now be a secret passed down to the next generation – celebrating as a family sounds like the perfect way to do it.

Although Hokkaido usually comes to mind when people think of snow in Japan, there are plenty of spots elsewhere that really don’t get enough attention. If you want to have a magical time among the falling snowflakes, perhaps Hakuba is the place to go. 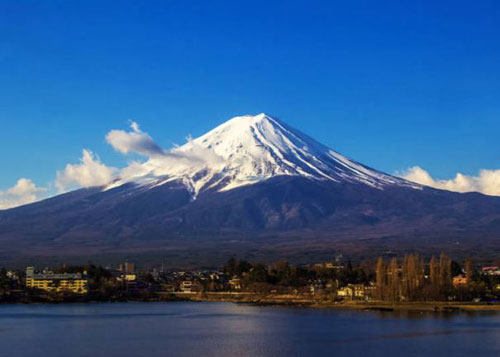 “I believe he (Tom - my fiancé) decided on this spot because it was an important moment to him. He has been wanting to summit Fuji for the last 10 years and he never had the chance to. We also made the hike a family trip so my daughter was present (her name is Chantrell, she is 10). And usually climbing Fuji is a once in a lifetime event. After he proposed he joked that a proposal couldn’t be more romantic than that.”
Tammy and Tom / 30s-40s / Canadian couple

The top of Mount Fuji is romantic indeed! Choosing a one-in-a-lifetime event as the stage for your proposal shows just how important the proposal was to Tom.

Tammy told us that she was originally in such a state of shock that she blurted out “no”! All that hiking must have gone to her head. Of course, she shortly rectified her shocked mistake and told him yes, then shared a kiss and a hug at the summit. 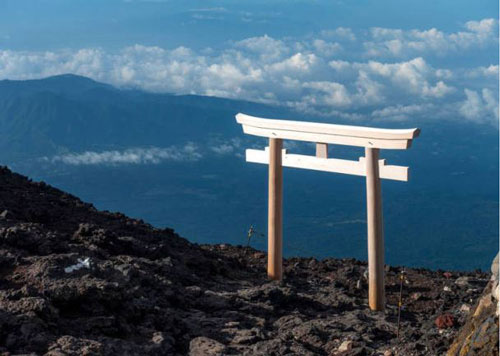 She also told us that it was pretty darn cold at the top! She felt bad for her daughter and they even made a makeshift shelter out of their hiking backpacks to stay warm for a spell! Despite the chill though, all three of them thoroughly enjoyed their trip, and hope to be able to come back to Japan once a year. We hope they can too!

Every one of these proposal stories is absolutely beautiful, and we’re so glad they were able to make these magical memories in Japan in their own special way. Whether it’s a classic like Mount Fuji, or somewhere that is special only to you, there are so many ways to start a life together. Even if you don’t plan on proposing any time soon, we hope the stories these guys have shared will shine a little light on your day!

7 beneficial lessons that will lead you to successful military marriages

VIDEO| Speakin’ Japanese: What is this building?