Symphonic concert for your special spring in Yokohama April 20

Symphonic concert for your special spring in Yokohama April 20

As spring approaches, the days get longer and the temperature warms, the best strolling season is also upon us.

In looking forward to the pleasant season, you may already have started planning for some spring activities. How about adding a symphonic concert in Yokohama to your itinerary?

On April 20, one of the Kanto Plain’s top orchestras will bring a unique concert of American symphony music to the Kanagawa Kenmin concert hall near Yamashita Park.

“AMERICA – music works born and raised in the New World” is a concert featuring only orchestral music pieces composed by American and European composers.

“In Japan, you will rarely find a symphonic concert made up of only American music pieces,” says Koichiro Taga, spokesman of Kanagawa Philharmonic Orchestra.

Compared to European music’s long history, which dates to the Roman and Greek eras, at less than 250 years, American music history is relatively short.

“Through the concert, you can oversee how European music was introduced to America and how that has developed in the nation with diverse values and tastes,” Taga said.

To highlight the contrast of diversified American music, the European music performed will have elements inspired American traditions and culture.

You can enjoy popular and modern symphonic works of American composers, like “Appalachian Spring”, the orchestral version of the “Star Wars” theme and Dvorak’s “New World Symphony” inspired by African American Spirituals.

According to Taga, the most noteworthy piece in the concert should be “4’33” by John Cage.

For the piece, the conductor and full-sized orchestra sit on-stage and remain in silence for four minutes and 33 seconds. The tense and concentrated silence is shared by the nearly 2,000 audience members in the hall.

“I think this is the first time a professional Japanese orchestra performs this piece,” Taga said.

Much like the country itself, America’s classical music pieces are diverse and rich in history.  This concert with familiar music touches is sure to make your Yokohama stroll something you won’t easily forget.

America
music works born and raised in the New World 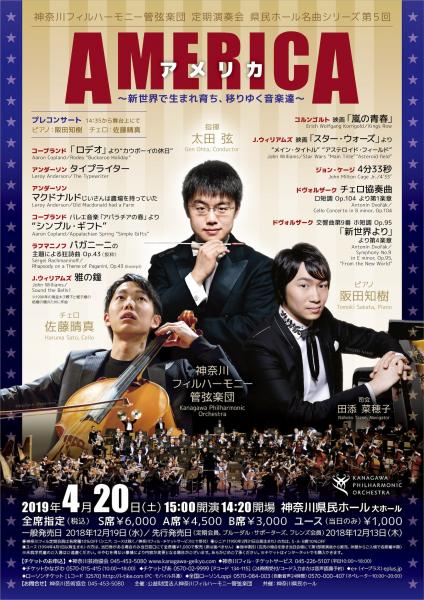 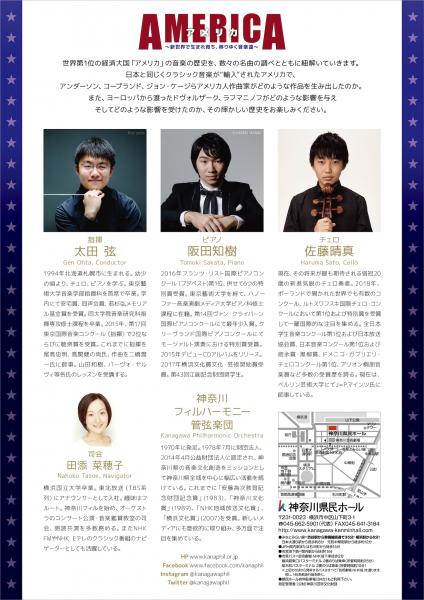 Springtime is strawberry time in Japan