Kawagoe needs little introduction within Japan and even internationally the city is quite famous for its Edo period timeslip tourist town. However, there is another side to Kawagoe, which I have been introducing in a series called 'Another Kawagoe'. In this episode I introduce one of several hands on experiences that may not be as well known internationally as it is locally. You may already know that while touring Kawagoe you can pick up various different sweet potato flavored treats, including ice-cream, chocolate, potato fries and rusks, to name but a few. However, what you may not know is that more than just taste sweet potato, you can actually dig your own sweet potatoes too (in Autumn). 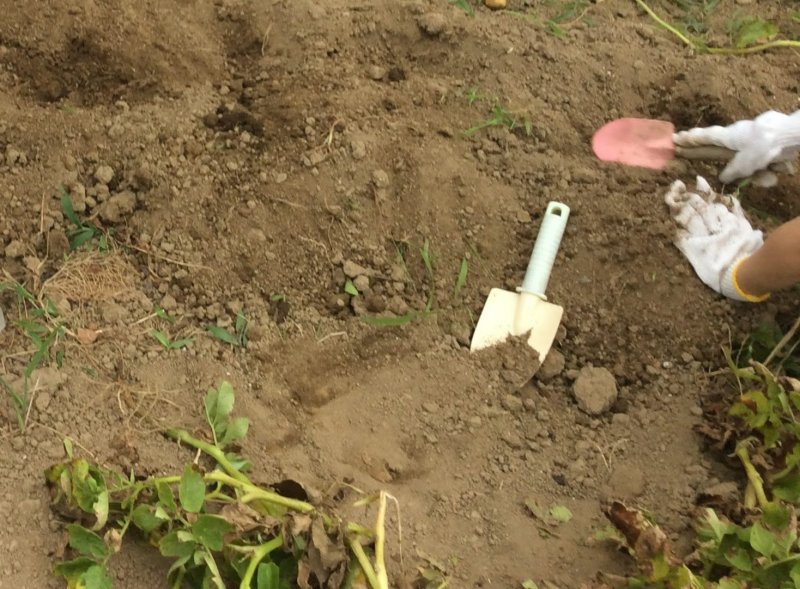 Kawagoe is famous for many things, not least its sweet potatoes. Even the city mascot Tokimo is a mash (if you’ll pardon the pun) of the sweet potato “imo” and, the symbol of Kawagoe, the landmark bell tower “Toki”. Moreover, there is even a “Kawagoe Imo” which refers to sweet potatoes that are grown in the wider area of the old Kawagoe Domain, which apart from Kawagoe also includes the cities of Tokorozawa, Sayama, Niiza and the town of Miyoshi. While walking around the tourist town you can see sweet potato props here and there. Moreover, there is even a mini sweet potato museum in the tourist area.

Sweet Potato are not native to Japan. They were introduced to Japan in the early 18th century. They got their Japanese name Satsumaimo from their point of origin in Japan: Satsuma, an area that is part of the current Kagoshima. Imo is the Japanese for potato. Records in Kawagoe show that they began cultivating them in 1751. They were grown as an experiment in a desperate bid to prevent a famine. All other crops including rice had failed for several years consecutively. The sweet potato crops in Saitama, in particular, flourished beyond their wildest expectations. The people were so grateful that there are shrines and temples dedicated to the sweet potato around the Kanto area. And in Myozenji in Kawagoe they have a prayer service to the sweet potato deity annually on October 13th.

The season of digging / picking at the Kawagoe Sweet potato farms is from September to early November. Ring in advance to make a booking at the number provided. They are all open now for the season. I have not included individual prices as they are subject to change. Some charge by the potato, some by weight, some have a standard fee. Budget for at least 600 yen per person, but most likely 1000 yen or more. Unfortunately the number of farms in the coop have gone down since its inception in the sixties. However, there are still six farms to choose from: