In Japan, expressways connect cities throughout the nation efficiently, like veins circulating in our bodies. Using the country’s well-arranged system lets you travel virtually anywhere without worry. With the expressway network, you can visit any U.S. military installation in mainland Japan while enjoying some of the beautiful sights along the way.

Recently, three travel mates and I hit the road on a TDY from Hardy Barracks in Tokyo to MCAS Iwakuni.

We hit the Shutoko Expressway a little after 7 a.m., then transferred onto the Tomei Expressway for the 530-mile-long journey to the Marine Corps base in southern Japan. We traveled through Shin-Tomei, Meishin, Isewangan, Meishin, Shinmeishin, Chugoku, and San-yo expressways before we exited the express network at Iwakuni Int. at around 5:40 p.m.

The 12-hour road trip offered various impressive views, but Mount Fuji was unfortunately not one of them due to cloudy weather. Nevertheless, we could see some of Shizuoka Prefecture’s sweeping green tea fields, the enormous cranes and tankers at Nagoya Port, the busy Osaka and Kobe cityscapes, and the postcard-like scenes in Okayama. Towards the end of our journey, we even caught a glimpse of Miyajima Island floating in the Setouchi Sea off Hiroshima.

We stopped at several service and parking areas along the way, including the Kakegawa, Tsuchiyama, Tastunonishi and Kodani service areas. If you’ve been in Japan for a while, you know rest stops in Japan are nothing like those in the States.

Service and Parking areas (or SA or PA on road signs) go beyond the expected gas and burned coffee pots you’ll find along the U.S. interstate. Japan’s SAs and PAs are places to rest, grab some regional souvenirs and enjoy some impressive meals. So, grab a snack and visit the food courts inside; believe me, you won’t regret it! And for the ultimate in relaxation, some extra-large SAs have hot springs to soak in or amusement parks with a Ferris wheel and rides for the kids!

Driving long distances may seem intimidating in the Land of the Rising Sun, but don’t be afraid to hit the road! There’s so much to explore and many rest areas for stops along the way. 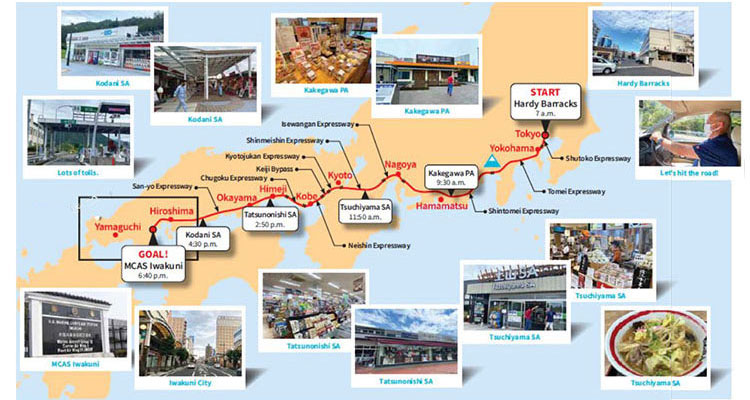 MCAS Iwakuni is in Yamaguchi Prefecture, on the west end of Honshu. Yamaguchi and neighboring prefectures are home to countless points of interest within driving distance of the installation. Visit one or visit them all so you can learn about the history and culture of the region while enjoying the beautiful landscapes and tasty delicacies.

Tsuwano Town is a small but fascinating castle town in Shimane Prefecture. Surrounded by green mountains, the town is often referred to as “Small Kyoto,” due to its traditional buildings, old samurai houses and stunning stone-paved streets.

Head to Tonomachi District for a traditional ambiance where you can learn more about the inhabitants at a few of the museums in the area. Tsuwano Catholic Church provides a history lesson and a mix of Japanese design and gothic architecture.

For more about Tsuwano, check out here.

Speakin’ Japanese – It makes me feel the history 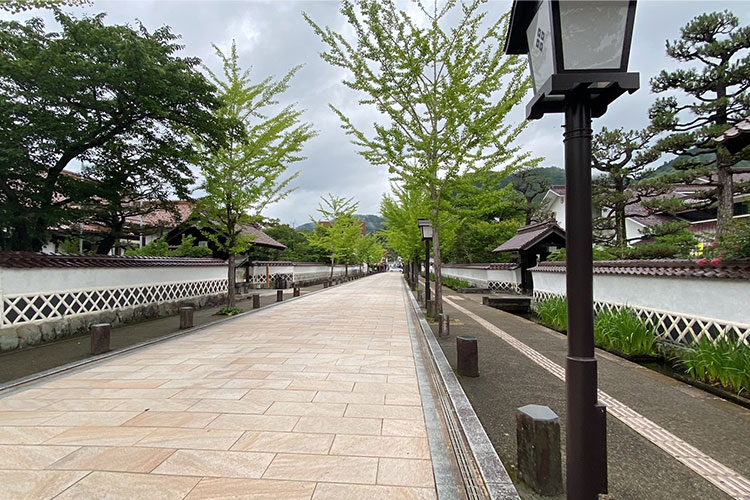 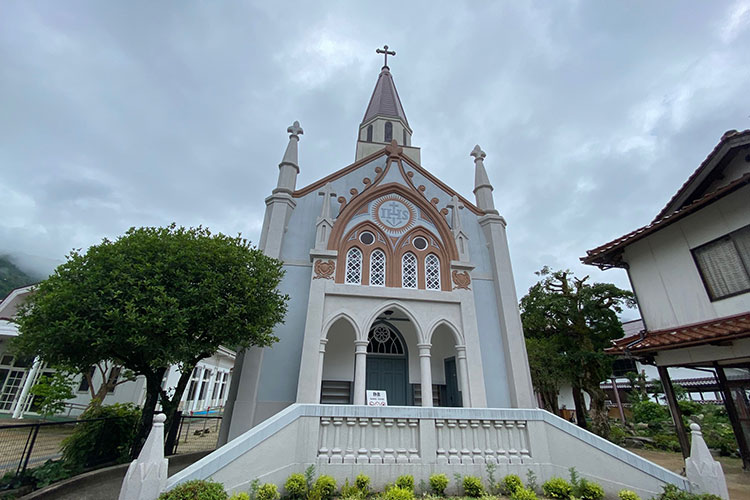 Hagi City is a small yet fascinating town. During the 19th century, samurai warriors roamed these parts and overthrew the shogunate government to form a modern society. Visitors to the city will notice many nods to that samurai history in the attractions, local craftwork and more.

Many of the area’s historical sites are also UNESCO World Heritage Sites. Shoin Jinja, for instance, is a Shinto shrine dedicated to Yoshida Shoin and was designated as a UNESCO site in 2015. After visiting Shoin Jinja, head to the city center for a look at the preserved samurai and merchant quarters with earthen walls, which will transport you to the bygone era.

To learn more about this city’s history, visit the local museums like the Hagi Museum, which displays important political documents and various exhibits on astrology, biology, and local crafts. The Meirinkan Museum, a former samurai school-turned-elementary school-turned-museum, displays historical school items and documents about training and education of young samurai.

For more about Hagi City, check out here. 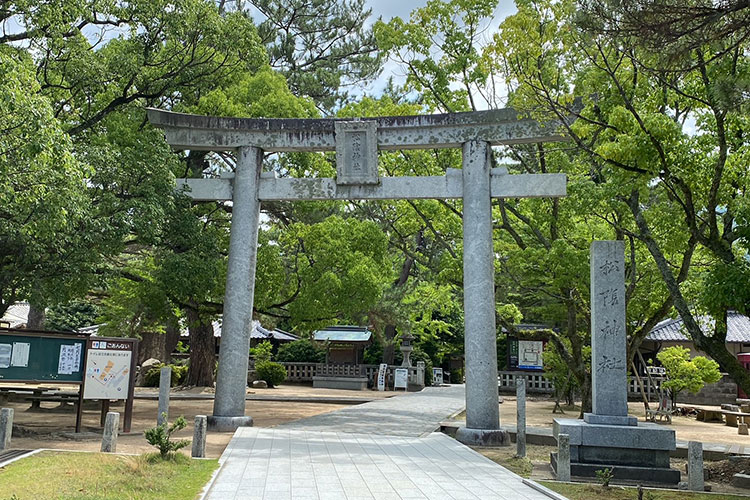 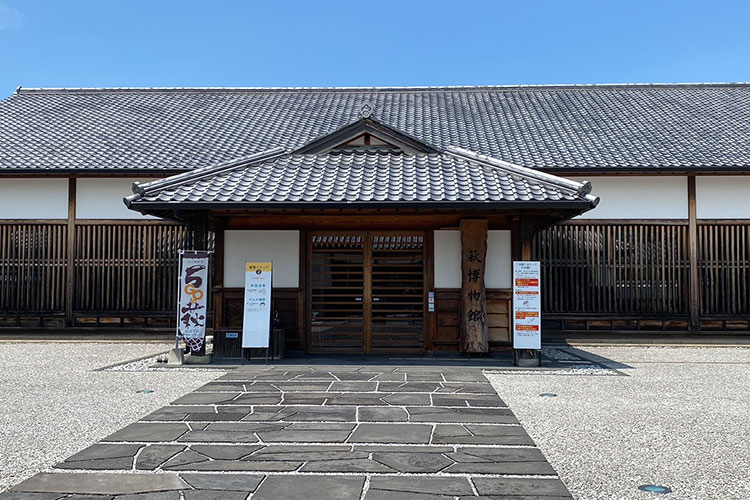 Among countless historical buildings in Yamaguchi, Rurikoji, a Zen Buddhist temple and national treasure, boasts a five-story-high wooden pagoda built in 1442. This otherworldly site lets visitors enjoy the grounds into the evening when it is illuminated until 10 p.m. every night. The St. Francis Xavier Memorial Church offers a contemporary touch to the area with an eye-catching building constructed in 1952 on the 400th anniversary of Francis Xavier’s arrival.

For some relaxation, Yuda Onsen, one of the oldest hot springs in the region, offers warm alkaline waters to soothe your sore muscles and melt your worries away.

For more about Yamaguchi City, check out here. 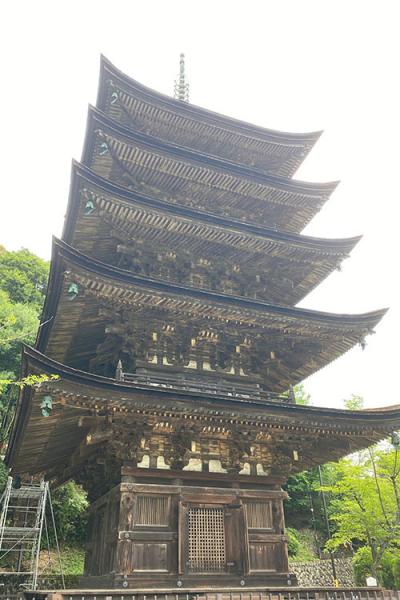 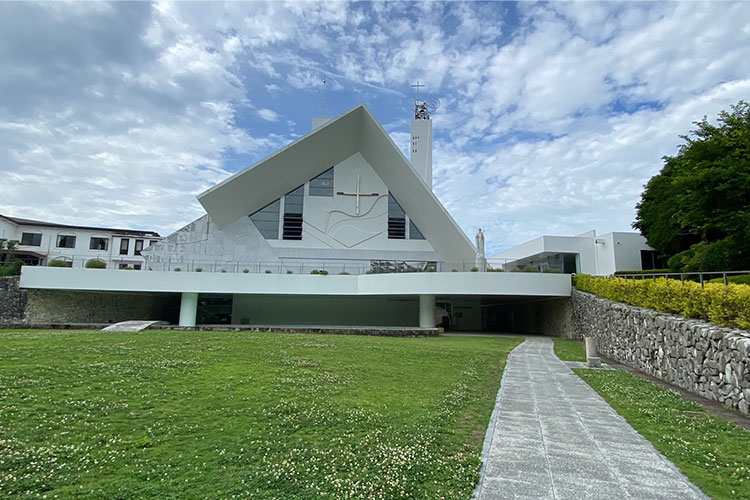 First established as a merchants’ town, Yanai City quickly became an important trade stop throughout the feudal age. Today, the town’s “Shirakabe no Michi,” or white-walled street, preserves the historical merchant homes, architectural elements and atmosphere of its lively past. 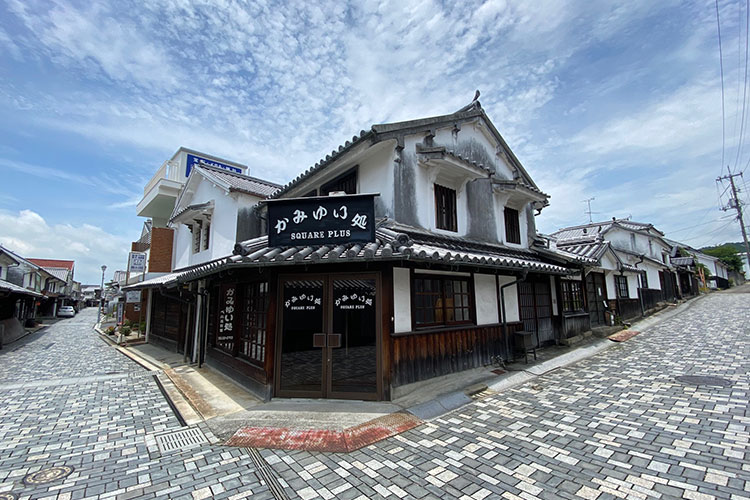 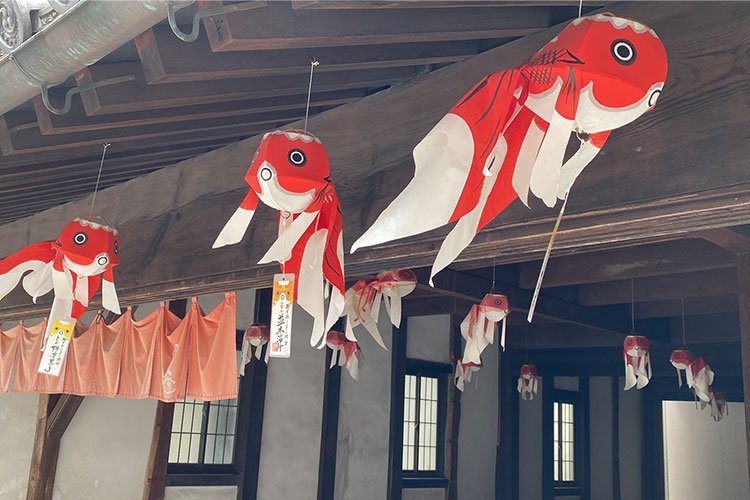 Take a quick daytrip and escape into the natural wonder and beauty of Akiyoshidai Karst Plateau and Akiyoshido limestone cave. Both attractions are part of the impressive Akiyoshidai Quasi National Park.

Here you’ll find fresh green hills and mountains dotted with a cluster of karst formations made of white limestone. This fantastic scene is visible along the main road and the observation tower on the plateau’s west end offers a birds’-eye view over the area.

One-hundred meters below the plateau, Japan’s largest and longest limestone cave awaits your visit. The Akiyoshido cave is 100 meters wide and 11 kilometers long in total, but only a one-kilometer portion is open to the public. Escape the heat and head to this 17-degree Celsius wonderland via the elevator near the Akiyoshidai Observation Tower.

The cave has many otherworldly formations, terraces of limestone pools and underground waterfalls everyone in your group will enjoy exploring.

For more about Akiyoshidai Quasi National Park, check out here.

Speakin’ Japanese – What a mysterious look! 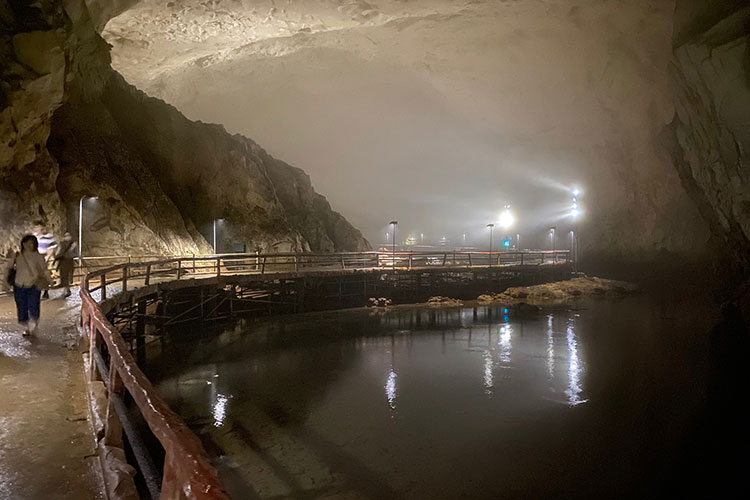 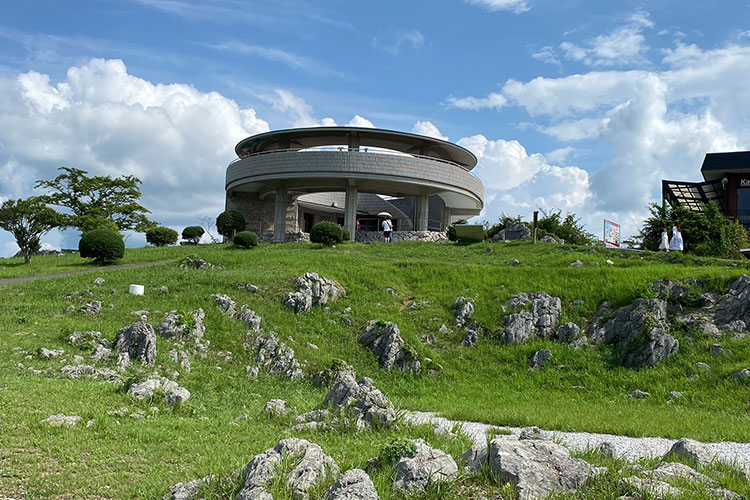 Suo-Oshima is a popular tourist attraction in Japan’s Setouchi (inland sea) region, where you can enjoy beautiful beaches and mountains.

Suo-Oshima is often called the “Hawaii of Setouchi” thanks to its beautiful landscape, mountains, sandy beaches, crystal-clear waters, and historical ties with the Aloha State. Around 130 years ago, thousands of Japanese residents on Suo-Oshima left for a new life in Hawaii. Descendants of these original Japanese residents have since returned and brought Hawaiian culture and customs with them.

If you enjoy hiking, check out the “Setouchi Alps,” which are the impressive mountain ranges in the center of the island that reach heights of up to 2,160 feet. For those wanting a relaxing beach stay, stop by one or all of the island’s many beautiful beaches.

No trip to Setouchi’s Hawaii is complete without a stop at the Sazan Seto Towa roadside station for some great souvenirs, including local seafood and produce.

For more about Suo-Oshima Island, check out here. 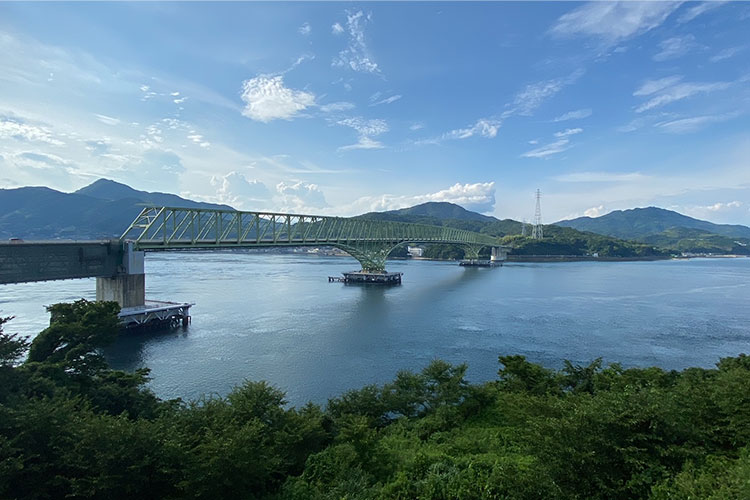 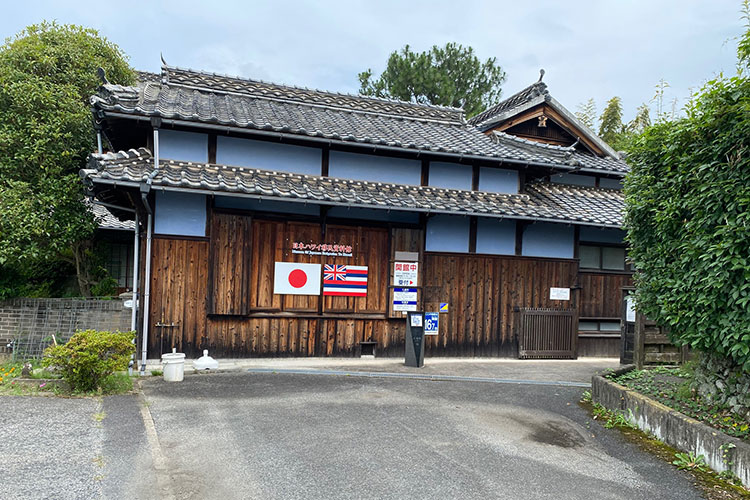 You may not know this island by name yet, but you’ll definitely recognize the large vemillion torii gate piercing the crystal blue waters off its shore. On a normal year, Miyajima attracts over four million tourists. It is known for its many deer, large shrine, and, of course, the torii gate.

Although most of the Itsukushima Shrine is closed to the public, you can walk around its main deck, main altar and noh performance stage. And, when it is at low tide, you can walk along the sea floor right up to the torii gate for a close look. It’s amazing that such a gigantic gate stands firmly by its own weight with four supporting pillars.

According to legend, because the island had been worshiped as a god for centuries, the shrine could not be erected on the island. And to this day, there are no cemeteries on the island because no one is allowed to die there. Nor are folks allowed to be born there. When either time comes, it must be done on the mainland.

Deer are considered sacred according to Shintoism, so the ones on Miyajima roam free and unbothered. The deer coexist peacefully with tourists and locals and are not camera shy, so make sure to grab a pic or two.

For more about Miyajima, check out here. 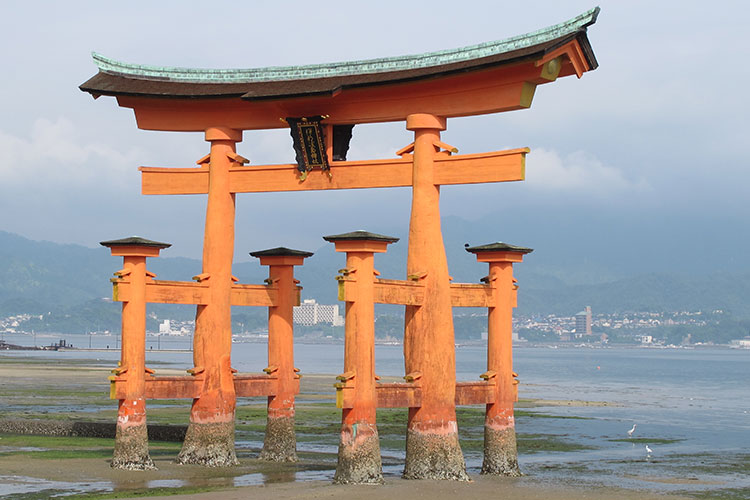 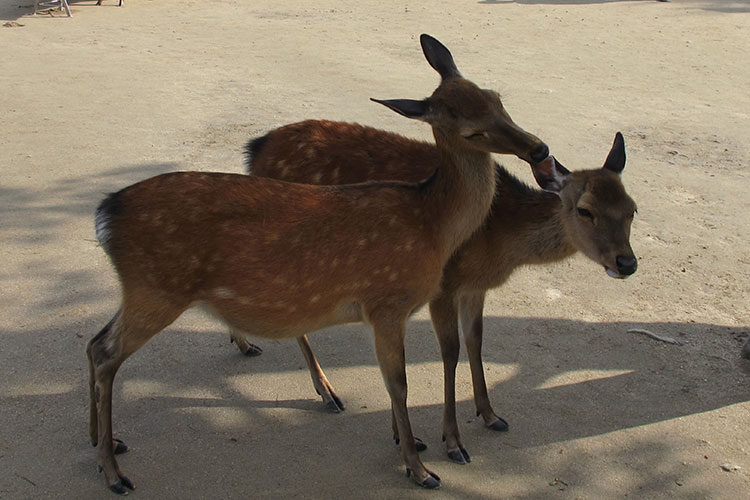 With a population of nearly 1.2 million, Hiroshima is the largest city in the Chugoku region of Western Honshu. It is often called “The City of Water,” as six large rivers flow through Hiroshima’s center.

Hiroshima, however, is known, first and foremost, for the devastation caused during World War II and the atomic bomb explosion here in 1945. The Hiroshima Peace Memorial Park and the Peace Memorial Museum are two notable spots to learn about this unfortunate time in history and to remember the innocent victims killed or injured.

Nearby, the Genbaku Dome is the only structural ruin of the atomic devastation left erected in the city. The half-shattered structure has remained untouched since the bombing. In 1996, the dome was registered as a UNESCO World Heritage site.

Hiroshima Castle is about a 10-minute walk from the park. The castle was originally built in 1589 by Lord Terumoto Mouri, who also gave the city its name. The castle served as a military facility after the Meiji Restoration in 1867 was the Imperial General Headquarters during the Sino-Japanese War from 1894-1895.

For more about Hiroshima visit here. 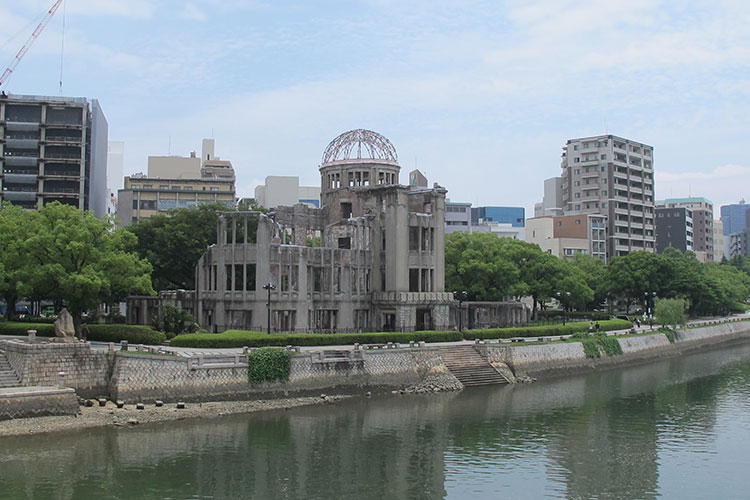 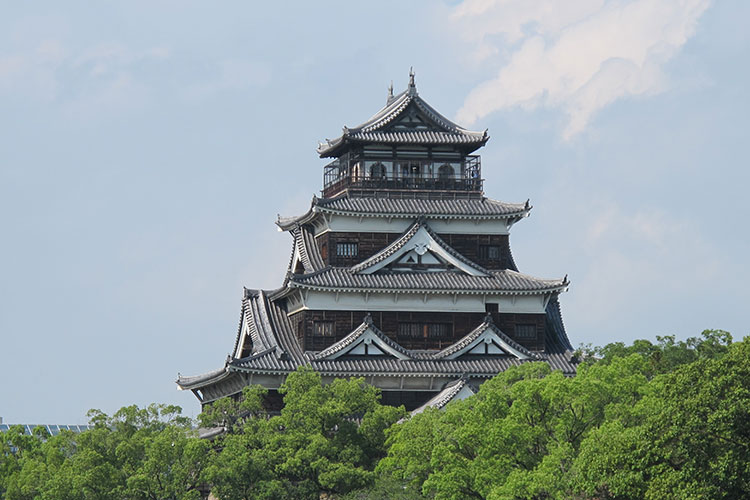 VIDEO| Rest stops, ramen and more as we hit the road from Tokyo to MCAS Iwakuni

Iwakuni Festival comes back with bang!