Time travel is a distinct possibility in Japan. Throughout the country, you’ll find many neighborhoods preserved like time capsules of an era. The Edo-era Japan of samurai and daimyo can be found all over, a few architectural parks preserve the dignity of the Meiji Era’s modernization and even Taisho-era Japan is represented in a little “retro town,” but a hidden gem of Japanese time travel is Bungo Takada’s Showa no Machi (“Showa Town”)." 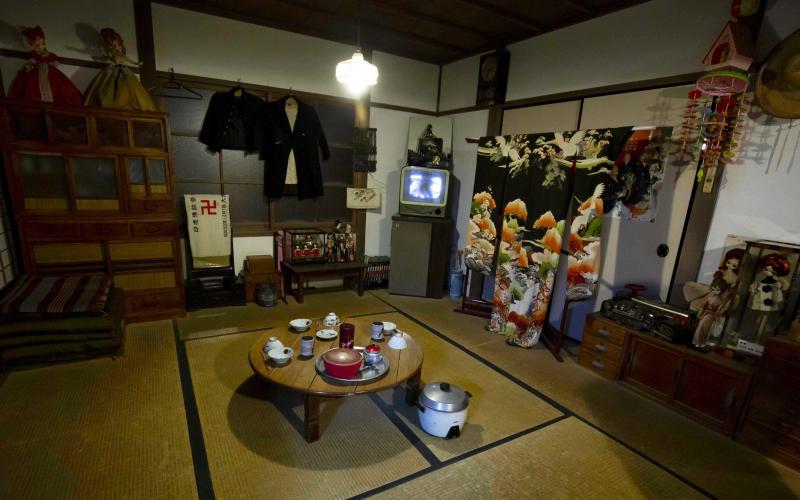 Passing under its light-up sign painted in a hip shade of orange that hasn’t been in vogue since the space race ended, we entered a shopping district that revels in preserving the most idealized parts of the mid-Showa (1955-1965) era.

The rows of shops here sell modern goods (or modern retro goods), but their windows display antiques as if on sale and use signage that reflects the district’s heyday. Many buildings come in different styles and construction from the dawn of the 20th century, adding to the unique and colorful atmosphere. Like a movie set at Universal Studios, there’s a lot of detail to take in.

More than buildings, Showa no Machi is living history in its truest form. Businesses, some of which are over a century old and, many still, family-owned, thankfully refuse to get with the times. We stopped at a few places for snacks, coffee and meals, and for the most part, the owners still make sweets and snacks the way their parents or grandparents made them. The owner of a coffee shop we visited consciously made his foamy lattes in a way that was popular during the 1960s. His Hayashi rice, which is rice covered in a demi-glaze, is a recipe that was popular during the era that has since been eclipsed by curry. 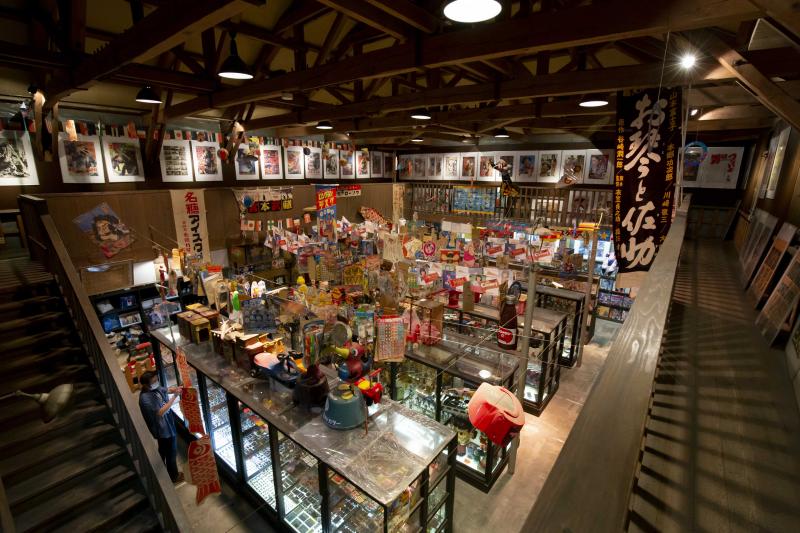 Even if a shop really had nothing we were interested in buying, it was still fun to step inside. The owners were all very friendly and engaging even with tourists who had no need for their goods.

Mr. Morikawa, owner of Morikawa Candy Shop (since 1919!) explained that this friendly attitude is part of the nostalgic atmosphere, just like the antiques and old-fashioned goods. If you speak Japanese, he’s happy to tell stories for as long as you’re willing to listen, as he’s quite proud of their local effort in saving and preserving their little district. (If you have time, also ask about his Coca-Cola collection, you just have to ask to understand.)

Showa no Machi is kind of like an admission-free theme park, and as such it also has a ride – a shiny red-and-yellow 1957 Isuzu bonnet bus. The bus gives free tours on holidays and weekends. On our tour, a comical tour guide in a Jackie Kennedy pillbox hat narrated our travel as the bus bounced with every slight bump in the road and engine vibrations pulsed through its body. As we rolled through the narrow streets, shop owners came out and waved or held up goods like animatronics on a Disneyland ride. I thought it a bit cheesy, but after getting out of the bus and meeting these same people, I’d changed my mind.

Showa no Machi also has several museums, two small ones on the street itself and the Showa Roman-gura (“Showa Nostalgic Warehouse”) museums. Its museums include a mid-century toy museum, Dagashiya-no-yume Museum, and Showa no Yume Town 3rd Street, which also has a large collection of vintage cars outside, including a few of those distinct three-wheeler trucks and midgets (it’s the car model).

I didn’t think I’d care for the toy museum but got sucked in once inside. The entrance is an old-looking candy shop but show your ticket and get ushered into the “backroom,” a warehouse stocked wall-to-wall with vintage toys, antiques and movie posters. Somehow I walked out feeling nostalgic despite being neither a boomer nor Japanese.

The other museum stood out for its presentation of a mid-century home as I walked through an “outdoor” side street with changing lighting to affect time of day/night, then through a cluttered backyard and into the furnished home itself, black-and-white TV aglow, dishes put away and living room nicely cluttered.

At “night,” distinct whistles sounded off that made no sense to me but made my wife very happy. She explained that the whistles belonged to wandering food peddlers; one was for tofu and the other for ramen. If you brought out your ramen bowl, the peddler would fill it up for a low price. The rest of the museum is also interactive as we tried out a pop-gun shooting gallery and sat in a classroom loaded with teaching aids and school items spanning the Showa era’s (1926-1989) seven decades.

For lunch we tried both the curry and Hayashi rice at Brazil Coffee, where a live guitarist gently played oldies. Mr. Hayashi, the owner, gave good advice to help us make the most of our trip and when he saw us leaving for the day, flagged us down and was kind enough to help us find a good place for dinner, even though we were staying in a different town. The other must-visit place to snack is Morikawa Candy Shop for their homemade “ice candy” popsicles which come in three classic flavors – milk, sweet azuki bean and matcha. 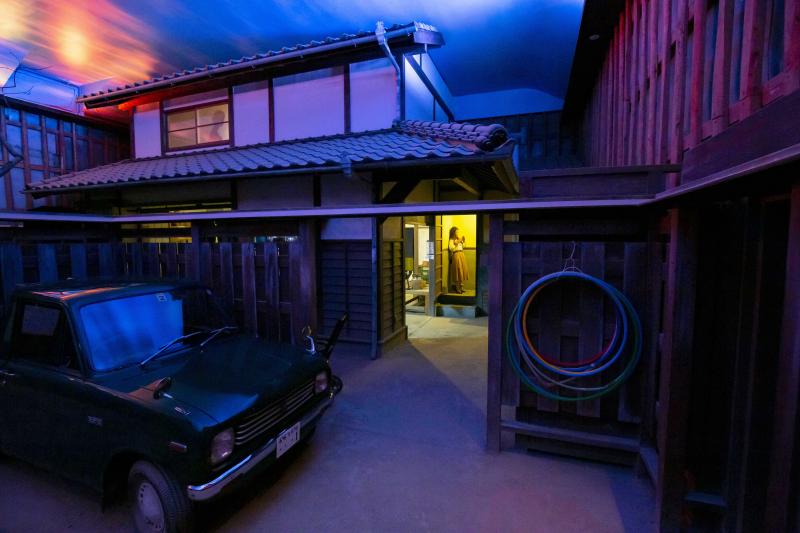 I recommend checking out the handheld video guide at https://www.showanomachi.com/en/shop_movies for visitors who lack language ability or a Japanese-speaking spouse.

We spent a full day at Showa no Machi but made our way to Bungo Takada’s other star attraction, Matama Beach, to watch the sunset from one of Japan’s 100 most beautiful sunset spots. There’s no use describing the beauty of a sunset, so suffice to say, it has earned its spot on the list.

This area in Oita Prefecture is known for being a relic and is worth a visit for a trip back to retro Japan. From old-style sweets and old-style hospitality to old-timey knick-knacks and cars, Showa no Machi will definitely charm you.