Perhaps the world’s biggest city, population-wise, doesn’t fit into most people’s idea of a paradise. Even for the people of Japan, Tokyo is not everyone’s cup of tea. 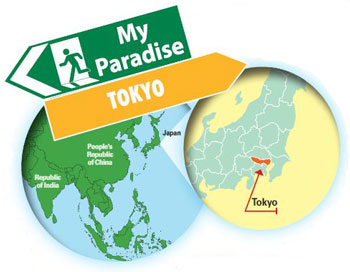 Crowded trains, streets, expensive shops/restaurants, and noise everywhere. Or so they say. I don’t notice it at all (well, maybe the trains I can’t help but notice occasionally when my face is pressed against the door during rush hour) because, well, I’m in my happy place when I’m in Tokyo. Since my first visit in 2006 and every time after, I’m in my personal paradise when in Tokyo. I’m grateful to live and work at Camp Zama, a nice place in itself, which is a relatively short trip away from the world’s finest city. And in that city with so many people, there is literally something, multiple things, for anyone to enjoy in Tokyo.

Whether you’re an old soul, young at heart and/or in body, and everything in between, how can you not love Tokyo? The futuristic city, with its modern buildings and cityscapes, also keeps its old-time charm in the form of older enduring buildings, shrines, and parks. I’ll dare to say that Tokyo is probably the only city in the world where you would regularly see people dressed in modern fashionable clothes, walk past people dressed in fashion from centuries past (notably the Japanese kimono, and yukata) and both would not think anything strange of each other.

Speaking of the kimono, or its warmer weather counterpart, the yukata, wearing the traditional outfit while in modern Tokyo is an amazing experience. Whether you’re in old town Asakusa, glitzy modern Shibuya, or among the natural elements at Ueno Park, the feeling of becoming part of the historic fabric of Japan is unparalleled. And the photos of you and your companions are guaranteed to be amazing and memorable! As a person who loves photography, the kimono adds another dimension to my enjoyment of the hobby.

Speaking of hobbies, no matter what your interest, opportunities to pursue a pastime, or simply enjoy entertainment, are seemingly infinite. Personally, my favorite hobby (currently) is photography. There are photography studios and cafes, and many camera shops in Tokyo where I can indulge and enjoy my hobby, as well as develop my skills further. 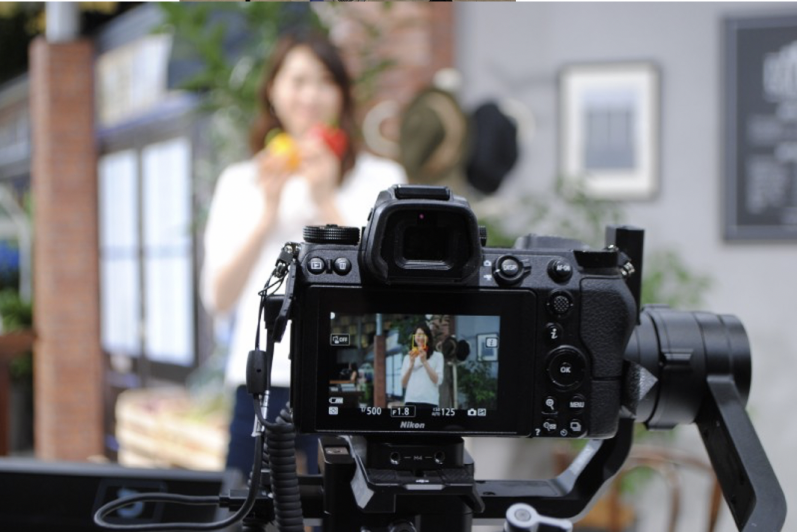 If you’re a sports fan like me, there’s professional baseball, basketball, soccer, and sumo, among other sports well represented in the greater Tokyo area. My favorite team in the area is the Tokyo Yakult Swallows, and I’m a frequent stadium goer as well as a fan club member. 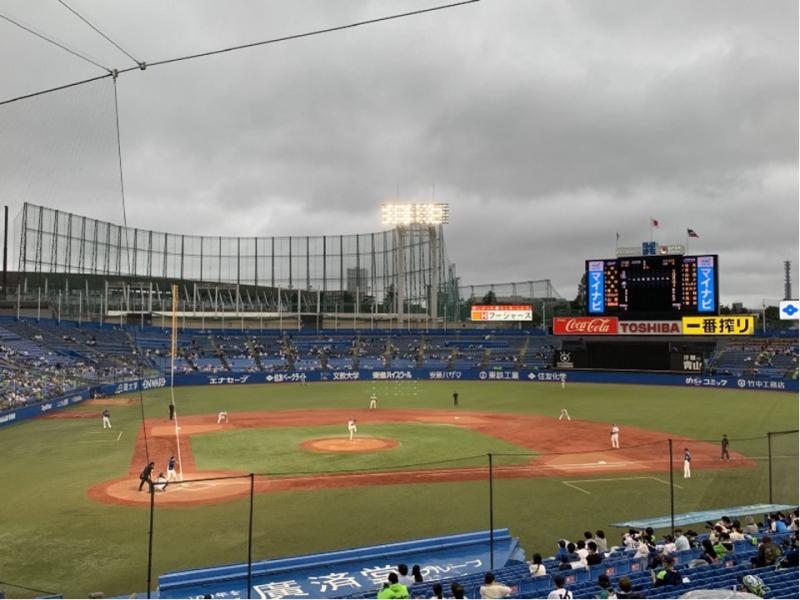 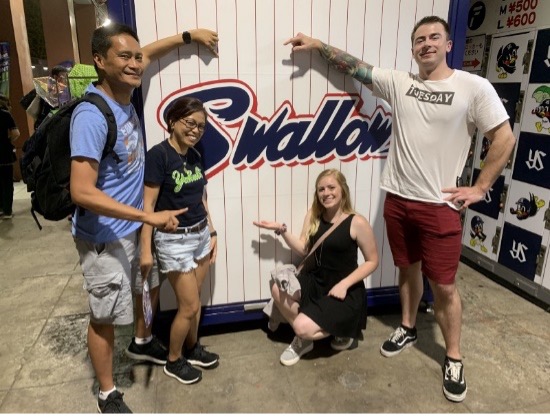 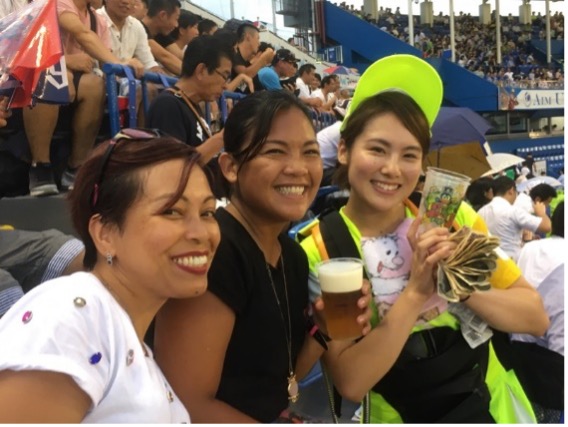 Do you love animals? Aside from the zoos, there are very unique experiences awaiting you in various parts of the metro Tokyo area. You can walk into a café featuring animals such as dogs, cats, owls, hedgehogs, penguins, and others. 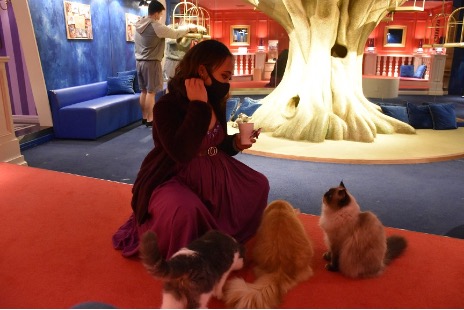 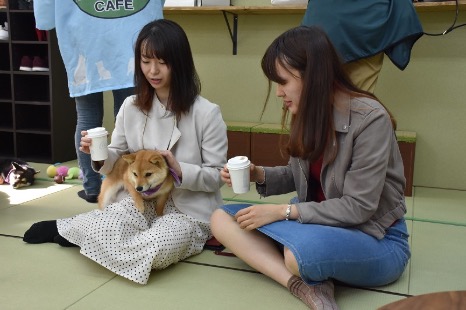 Japan’s events/conventions, especially the big ones such as Tokyo Motor Show, Comic Market (a.k.a. Comiket), Tokyo Game Show, etc, will do even more to get you immersed in your hobbies/interests, as well as show you how Tokyo does the art of a “show” better than any other place outside of Las Vegas.

And, on a personal note, Tokyo Comic Con was where I first entered the world of cosplay like the rest of the Tokyo-ites at a public event. From that point, I’ve joined the ranks of the biggest cosplay event of Comiket as well!

Another artistic interest/passion of mine is the art of dance. Not that I’m a professional or anything close to it; I just enjoy it, especially at night at the end of the week. There is just something that appeals to me about joining with others, both familiar and unfamiliar, on a common floor and moving about, draining our souls of the stresses of the work week, and enjoying the moment with movement to music. And in Tokyo, there’s a lot of other people who share the same passion, and a lot of places to join in this ritual. 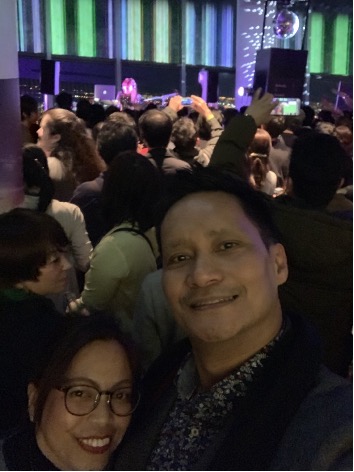 And perhaps a combination of love of the art, and the friends I have, have blessed me with the opportunity to dance a more structured and traditional form of dance at two of the most famous festivals in Tokyo: Koenji Awaodori, and Furusato Matsuri at the Tokyo Dome. 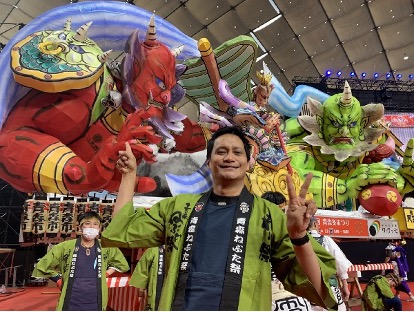 If food is one of your passions, both Japanese and foreign food are abundantly represented among the 60,000-plus restaurants in Tokyo. Some cuisines are strongly represented in some parts of Tokyo. For example, the Shin-Okubo area is known as Koreatown and, of course, has a lot of Korean restaurants. Roppongi, with its relatively diverse foreigner population, has a particularly international feel to it with many representatives of cuisine around the world.

My own food tastes, though, run pretty simple. I love ramen, and especially Tenkaippin ramen! There isn’t a convenient location near Camp Zama, so I often find myself enjoying lunch or dinner at Tenkaippin whenever I’m in Tokyo. The thick broth and tasty noodles of Tenkaippin’s “Kotteri” ramen keeps me coming back without fail, and usually with family and friends. 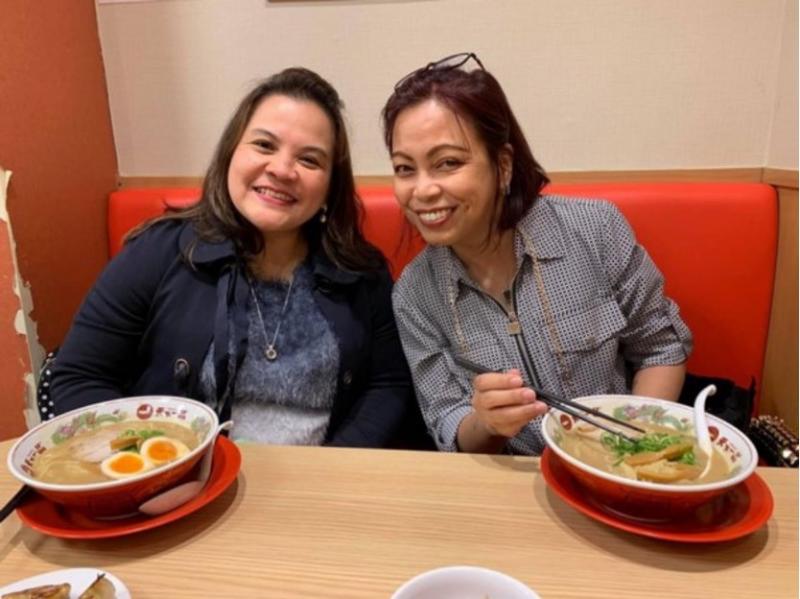 Speaking of friends, my best friends ever happen to be Tokyo-ites. And some of them, to this day, barely are able to speak any English and need to communicate with me with a smartphone app at times! Though the language barrier still stands between us, it doesn’t get in the way of communicating, and having fun. Or actually, it does at times, but it has proven to be beneficial in that we learn from each other in this manner; they learn a little more English and I learn a little more Nihongo to overcome the language barrier.

And with my Tokyo friends come the most fun of times. They’ve helped me along when I was lost in a strange, big city, and showed me the beauty, fun and adventures of Tokyo that couldn’t be found on the internet. 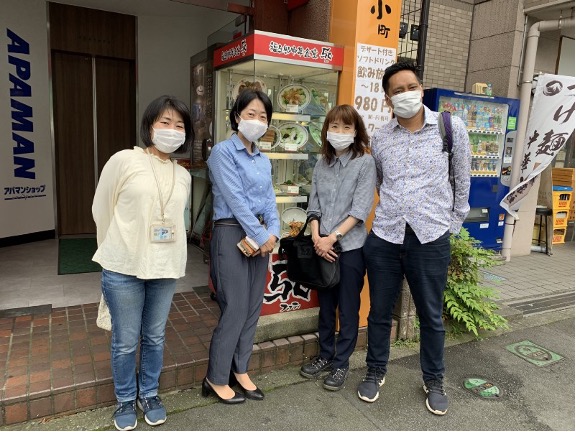 So, there you have it! My paradise has fun, food, friends, and photos. It’s probably not like most others’ perception of paradise, but there’s no other place I’d rather be. That in itself defines Tokyo as my own paradise.

My Paradise: Discover happiness right outside your base in Japan