I recently visited Mutabaru Observatory in Ogimi village in the northern part of Okinawa for a second time. My first visit to the great viewing spot took place one and a half years ago, which was motivated by Season 3 of the Netflix show “Cobra Kai”, where Daniel LaRusso, the protagonist played by Ralph Macchio, visited the location with his old enemy from the island, Chozen Toguchi.

Although Season 5, the most recent one, did not include any major scenes filmed at the observatory, it still inspired me to pay another visit to the location, which has now become holy ground for Cobra Kai fans like me. Plus, there’s another reason for the visit. Several months ago, I learned that a restaurant had opened near the observatory, so having lunch over the exquisite view was enticing.

So, I hit the road and headed north in early September. As I was driving on Route 58, the island’s arterial road along the west coast, I noticed that the sunlight was a little weaker than it was a month ago. The seasons were transitioning even on the semi-tropical island.

After a 1.5-hour drive, I found myself near Shioya Bay in Ogimi Village and made a right turn from the main road onto a narrow street in the local residential area. About five minutes later, I approached a winding road that runs up a steep hill to the observatory and the restaurant. The uphill road was lined with cherry blossom trees. I missed the cherry blossoms flowers which added vibrant colors to my first visit to the location, which took place in February. Still, as I reached the top, the memorable scene from Cobra Kai with LaRusso and Chozen came alive for me.

Because it was a bit cloudy and foggy, I could not get a clear view of the bay like I did the first time. Still, the scene did have some appeal. Looking at the bay through the fog reminded me of not only the scene filmed in Okinawa, but also the valley depicted in “The Karate Kid Part III (1989)” where Mr. Miyagi stashed his special bonsai tree.

Another thing that struck me about the location was the loud singing of cicadas. Where I live in middle of the island, the bug’s sound was already gone. But here in the deep mountains of Yambaru, the mountainous area in the northern part of the island, summer was far from over. The feeling of being close to nature felt rejuvenating.

My second visit to the observatory was worthwhile for sure. But Ogimi Sky Terrace, the restaurant near the location made it even better. Since its debut in September of 2021, I heard a lot about this place. Being housed in a flat building with a slick interior, it gave off a chic vibe. As the name suggests, it has a spacious terrace, which commands a great view of the bay. To me, the view from the terrace was even better than the one I had from the observatory.

I ordered a lunch set with herb mamachi (crimson jobfish) and shrimp for 1,850 yen. It was served up with chili and quinoa sauce. Its restrained spiciness added a nice touch to the fresh seafood. As I wanted to enjoy the view from the terrace as long as possible, I topped my lunch with a glass of Shikuwasa (Citrus depressa) juice plus a raspberry cake and tea-flavored ice cream. Enjoying the tasty drink and desserts over the splendid view made my day. 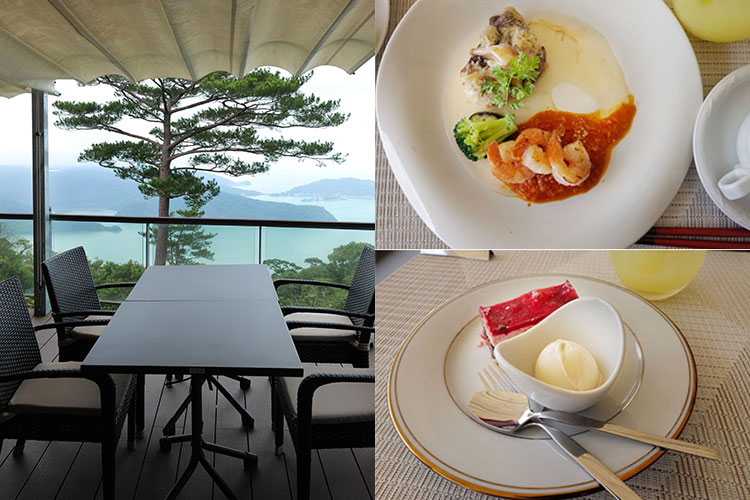 Although I could have called it a day after eating and make my back home to beat the traffic, I decided to explore the mountains of Yambaru a little more.

I headed a little further northeast, driving on a winding road that took me to deeper parts of the forest and mountains. On my way, I made a stop at another observatory called Igimihakinzo. Surrounded by mountains, this viewing spot did not offer a clear view of the bay or sea. Still, the deep forest turned out to be a habitat for many species of butterfly.

Paper kite butterflies, Papilioninae, Cyrestis thyodamas, and Hebomoia glaucippe were flying here and there. It had been a while since I saw this many butterflies. I was dazzled just like a kid encountering colorful insects for the first time. I also stopped by another viewing spot called Ishiyama Observatory. Located by wind-powered generators, this site offers a curious view of huge turbines as well as a wide view of the mountainous area. Cicadas were ringing loudly here and there, making the location full of life even without any signs of tourists or locals.

Past 4 p.m., I finally began making my way back home. But the great scenes of the mountains were replayed in my mind, and the sound of bugs was still echoing in my ears as if to call me back. 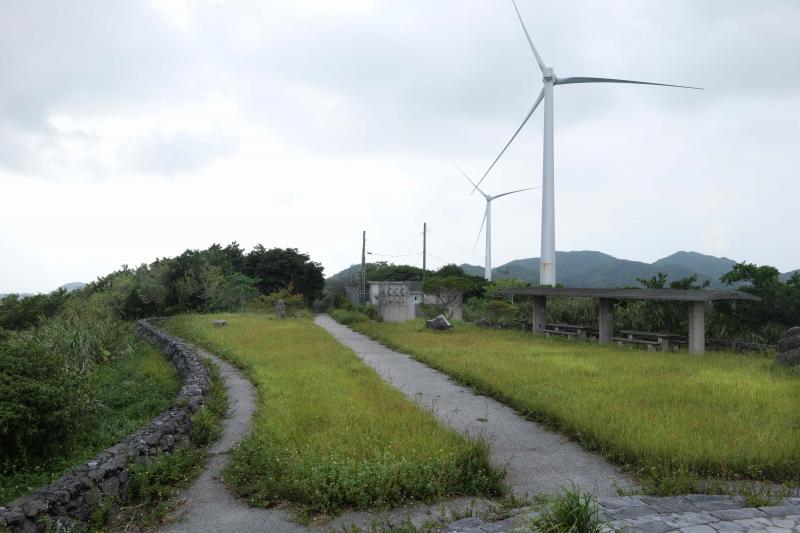 VIDEO| Ojima Island in Okinawa belongs to the cats

Kajimayaa: A celebration of longevity, childhood in Okinawa

VIDEO: On the hunt for autumn near Misawa AB, Japan