When tourists come to Japan, one of the many attractions that tops their list is the Great Buddha found in Kamakura. However, there is so much more to the old feudal capital the Buddha (“Daibutsu” as it is called in Japan) calls home. 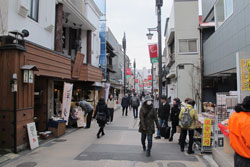 The old coastal town of Kamakura has all the elements of vintage Japan: old architecture, many Shinto shrines and – despite all the tourists— a calm atmosphere.

Though there are similarities between Kamakura and other old cities in Japan, like Kyoto and Nara, don’t miss out on visiting this peaceful city only an hour southwest of Tokyo.

Kamakura dates to the late 12th century when it was built by samurai warriors. Though the Great Buddha, which was built in 1252, is the centerpiece, there are many hidden gems you may not notice on your first visit. 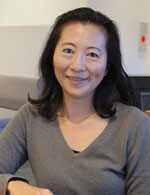 U.S. military spouse Mariko Miki Fogell aims to change that. Through various tours, events and even a book, Fogell is helping both servicemembers and locals alike discover the beauty of Kamakura.

“Located only 30 minutes from Yokosuka and less than an hour from Atsugi, Zama and Tokyo, Kamakura is a top-notch tourist attraction,” Fogell said. “It would be really a great loss if you left Japan without enjoying this attractive city.”

Fogell and other military spouses, along with some freelancers made up a team, called LOCAL FOCUS, and published an English guidebook of Kamakura last year.

My wife and I recently joined LOCAL FOCUS’ “Kamakura Museum Tour,” a half-day tour showcasing some of the cities other points of interest.

According to Fogell the best time to visit is February and August since there aren’t as many visitors. “You can stroll in a relaxing, less crowded atmosphere, delving into the behind-the-scenes of this tourist attraction,” Fogell said. 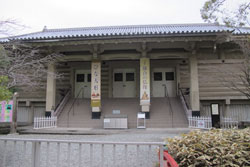 We started our tour at Kamakura Kokuhoukan Museum, with 10 participants from the U.S., France and Belgium.

The museum had sculptures on display from artists based in the Kamakura (1192-1333) era, but there are some from the previous Heian (Kyoto) era (794-1192), as well, which provides great examples of the different ways art inspired sculptors from each of the two eras.

According to the curator, most Kamakura sculptures were created with active, realistic expressions embodying the spirit of zen and differ from artwork in the era from other regions. 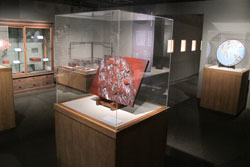 Our next stop was Kamakurabori Museum, which displays various pieces of this regional style that originates here. “Kamakurabori” consists of carved woodworks which are then painted over with lacquer and was typically produced for the ruling class of feudal Japan. This type of lacquerware has been passed down generationally for more than 700 years.

The lacquerware displayed at the museum ranged from the 14th century to modern age and we were able to trace how the colors and figures of the works have changed through time.

After, we visited the museum café where we sampled “shojin ryori,” or traditional Buddhist’s vegan cuisine, served on exquisite Kamakurabori lacquerware. The detailed lacquerware made the simple but profound lunch extra special. 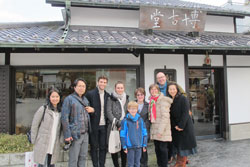 Our final stop at Hakkodo brought us to one of Japan’s oldest lacquerware studios. Run by the Goto Family for 700 years, the current master artisan is the 29th descendant.

In the studio, we observed artisans still creating lacquerware in the traditional style, which can often take a couple of months per piece. It is with this time-honored method that the artists are creating modern, sophisticated pieces perfect for any home.

Completing the half-day tour, I left knowing I had seen new in the old of Kamakura, through its history of artworks I didn’t know about previously. 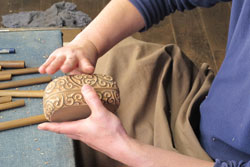 Most visitors to Kamakura only scratch the surface, but this old feudal capital offers so much more. Tours through groups like LOCAL FOCUS can help tap into some of the secrets of Kamakura’s history and crafts, which will only enhance your visit to famous locales like this city. 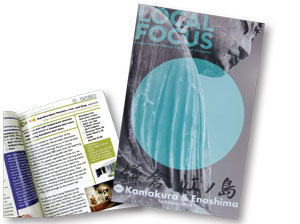 The digital form on Amazon can be downloaded on your Kindle or smartphone for $11.21 at: www.amazon.com/dp/B07D5P49NN.

LOCAL FOCUS is planning to publish Vol. 2 Yokosuka and Miura and Vol. 3 Zushi and Hayama in a series of guidebooks.

LOCAL FOCUS organizes Kamakura tours and events in English, so check out their webpage and Facebook page for updated information. Private group tours to Kamakura are also available. 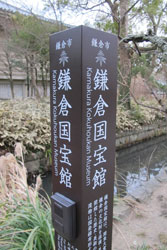 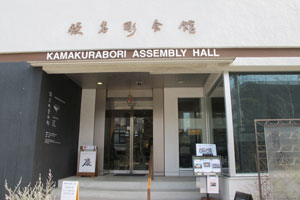 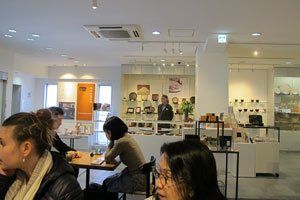 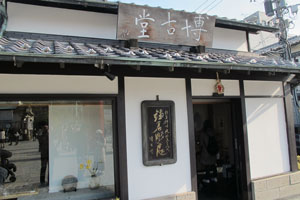 Avoiding the Crowds: Check out these ‘undertouristed’ areas outside Tokyo!