The outrigger canoes of the western Pacific islands of Yap are famous for their speed, performance and seaworthiness. The combination of hull shape, symmetry, and outrigger allow the craft to be quickly reversed when winds change, without the need to turn the hull around.

The islanders, renowned all over the world as master mariners, still rely on these traditional hand carved wooden canoes for fishing and sailing from island to island in the vast expanse of the Pacific Ocean just as their ancestors did a thousand years ago because gasoline and parts are expensive and often not available for outboard motors in the remote, far-flung islands.

Boys learn from a young age how to carve wood beginning with simple carvings of fish, shells and other nature-themed items, moving up to more intricate work as they gain experience.

Watching their fathers, brothers and uncles as they carve and construct the traditional canoes, or proas, in the open-air, thatched roof canoe house while listening to the ancient oral stories of their ancestors, the boys slowly learn the steps required to make an ocean-going vessel and how to use the sun, stars, wind, fish, birds and ocean currents to navigate, rather than western instruments. 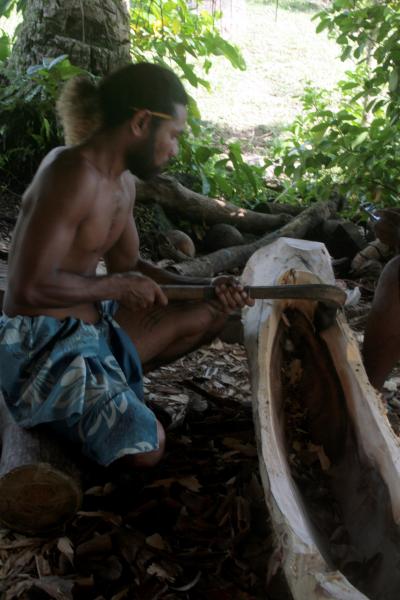 In 2017 a canoe summit and festival was held on Yap’s main island, one of four island states in the Federated States of Micronesia scattered across one million square miles of open ocean in the western Caroline Islands. Individuals and groups from throughout the world presented their work that is helping to keep the art of traditional canoe building alive.

But Habele, a U.S. nonprofit established by former Peace Corps Volunteers who served in these islands to support schools and students in Micronesia, has taken a different tack. They are working to provide adzes to the canoe artisans of Yap.

The organization’s interest in traditional canoes grew out of a project to provide mentorships and role models for at-risk students after school hours. Becoming involved in the art of canoe building was a natural fit for the communities they serve.

The specific problem identified by island carvers was the need for a hafted adze blade that is attached to a crooked, hand-carved wooden handle, allowing the user to swing it downward with accuracy. Used for shaping, squaring and hollowing the hull, carvers in the past mounted shell, coral or stone blades on the handle.

After many discussions with the islands’ canoe artisans, Habele set its focus on the Carolinian adze, the distinctive tool required to form and shape the Wa, or single-outrunner canoe. More precisely, the blades that give these adzes their characteristic bite when swung in the hands of a well-trained craftsman.

The Wa is one of the most striking examples of outrigger canoes in the Pacific islands. In the 16th century, startled Spanish explorers termed the Carolinian Wa "flying proas" for their tremendous speed, and were impressed by the sophisticated construction of hulls assembled without any metal fasteners. 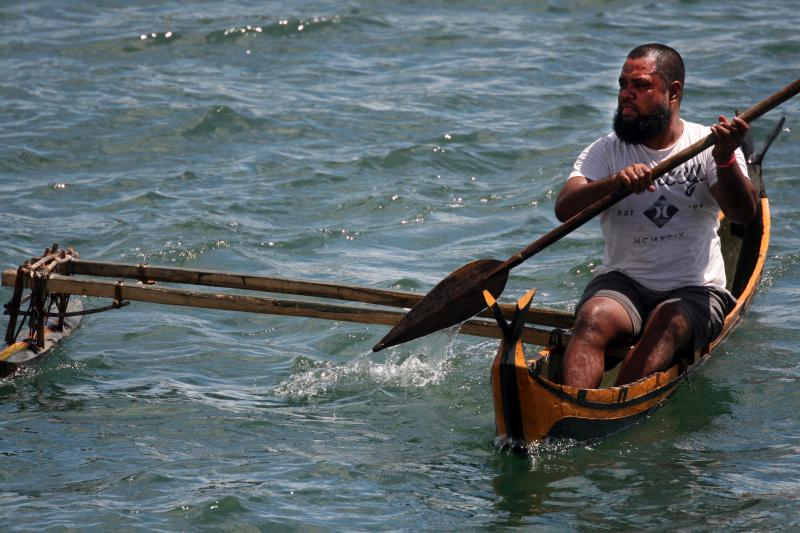 When first introduced by the Spanish explorers to sharper, longer lasting metal blades made by metalsmiths, the islanders saw that their blades could be exchanged for metal ones, but they still required modifications to attain the right configuration.

Western styles of adzes, with metal heads or collars, are typically mounted to a straight wooden handle much as a hammer, pickaxe or axe is. In contrast, Micronesian adze blades are lashed to the handle with dried, rolled coconut fiber cord, making the distinctive ways of forming and using it, more integral to the tool’s purpose.

In 2012, master toolsmith Jim Wester of North Bay Forge on Waldron Island, WA, who has been making customized blades for traditional and modern carvers around the world since 1987, was commissioned by Habele to produce several large blades.

The blades were donated to Waa’gey, a Yap-based nonprofit organization that “uses traditional skills to confront the social, economic, and environmental challenges faced by the people of Micronesia’s most remote outer islands.” Waa’gey’s cofounder and master canoe builder, Larry Raigetal, said, “The blades are by far the best quality the guys here have ever seen.” 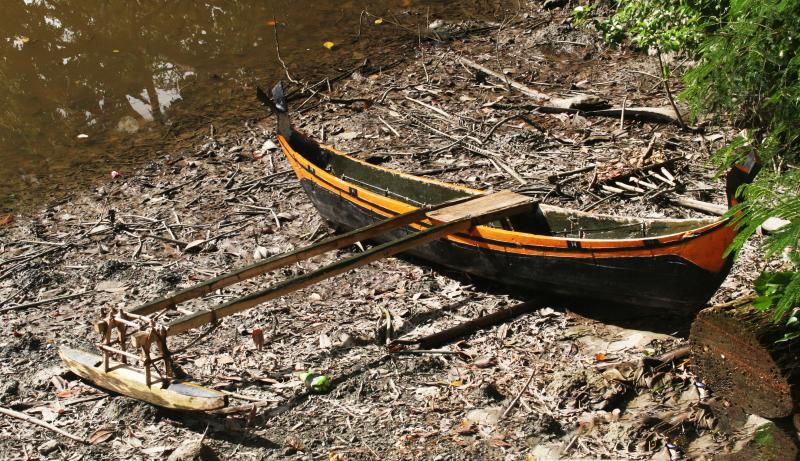 Then, in 2019, Habele formally launched the “Micronesian Adze Blade” project “to design adze blades that precisely meet the needs of Carolinian canoe carvers, and the specifics of their traditional tool design and usage practices.” It was a larger scale, more data-driven version of their work up to that point.

A Technical Assistance Program grant from the U.S. Department of the Interior provided the necessary funding to support the design and development of steel versions of the traditional Micronesian blades.

A detailed survey of the carvers’ preferences was conducted, while research provided the opportunity to assess historical specimens as well as contemporary blades used throughout the region. Hours were spent pouring through archives, reviewing published field notes, and interviewing craftsmen.A partnership was then formed with metalsmith Paul Garrett of the John C. Campbell Folk School in Brasstown, NC, and “a design was created by Micronesian carvers that balanced historic design elements of shell blades, characteristics of the most effective metal blades now in use, and refinements in metallurgy that facilitate more efficient longer-lasting bevels,” Mellen said. 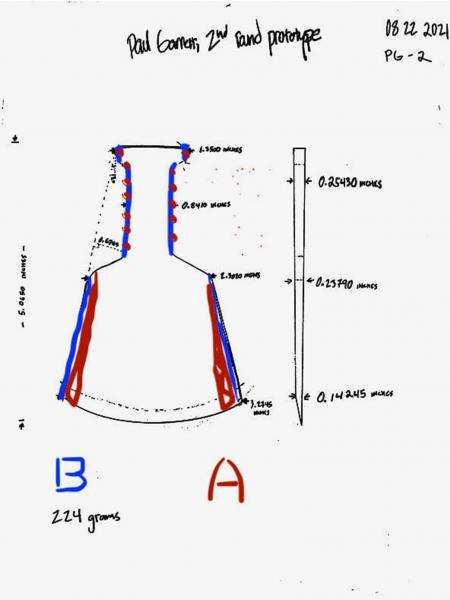 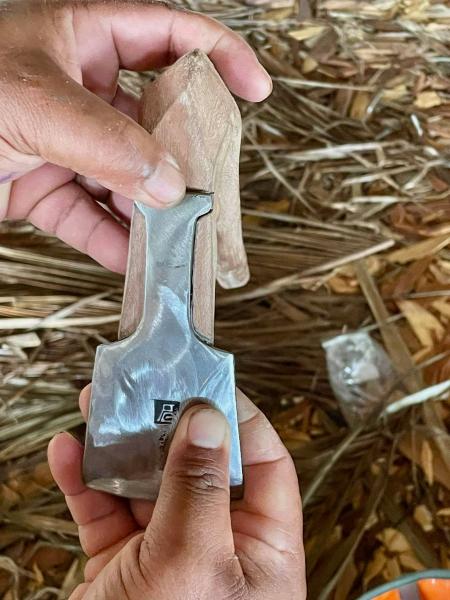 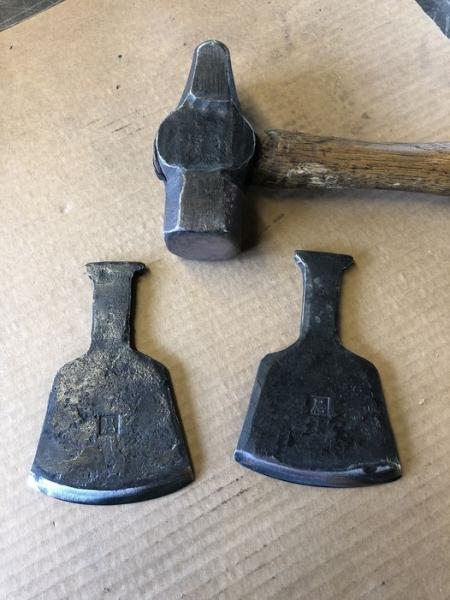 Two prototypes were forged by Garrett initially and sent to carvers for field tests. A second batch with refinements followed. The final working design is now being fine-tuned based on that feedback and is expected to be completed in 2022.

Habele is also providing canoe carvers and culture teachers with a wide range of other high-quality, craftsman-grade tools with the goal of sustaining traditional wood-working practices and skills in Yap and its Outer Islands.

“In well-trained hands, a Micronesian adze replaces – and even exceeds – every other type of cutting tool. It supersedes the knife, saw, chisel, plane and rasp,” explained Mellen.

“Thanks to the help of so many, we are hopeful these new blades will compliment the distictive handles and long-standing traditions of use in the Islands, freeing skilled craftsmen to focus on their important work of keeping the art of canoe building alive for generations to come.”

This article was originally published by Pacific Island Times in the March 2022 print edition. Additional color photos have been added.

Joyce McClure is a writer and photographer who traded the island of Manhattan for the island of Yap in August 2016 when she signed on as a Peace Corps Response Volunteer. At the end of her service, she decided to stay a while longer. “A while” turned into five years and she recently moved to Guam, 500 miles distant across the deep blue sea where dolphins, turtles, sharks and manta rays play.

Yap Day: One of the most authentic cultural celebrations in the world