What are some of the best things to do in Aomori Prefecture? Located at the northern tip of Japan's main island of Honshu, Aomori is surrounded by beautiful seas on three sides and covered in large swathes of forests. The changing scenery as the seasons come and go makes the area an especially inviting tourist destination.

As one of the largest producers of agricultural products and seafood in Japan, there's plenty of gourmet choices within the prefecture too. On top of that, there are historically rich castles and towns, and traditional festivals dating back to the Nara period from over a thousand years ago; there's just so much waiting to be discovered in Aomori.

With scenery, food, and culture to enjoy, we'll be introducing ten best things to do in Aomori as recommended by locals.

In Aomori Prefecture, the food and scenery are shaped by the seasons 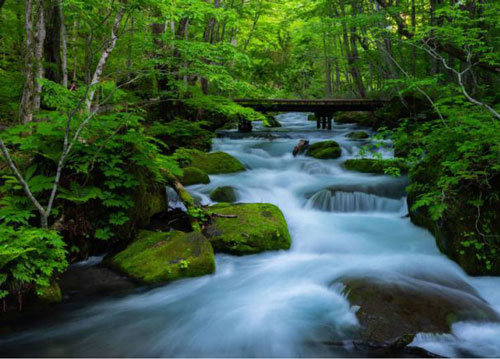 When speaking of Aomori, images of frosty winters and heavy snow probably come to mind. There’s more than just winter though; the transition between Aomori’s seasons can be clearly felt, from the cherry blossoms in spring, lush greenery in summer, red foliage in autumn, and of course, snow in winter, allowing you to feel the beauty of nature right by your side.

With such a considerable variation in temperature throughout the seasons, many crops and seafood produced from Aomori are especially sweet and tasty as they store fat and sugars to survive the harsh conditions, resulting in exceptionally high-quality food products.

From foods that you’ll never get to taste anywhere else, to scenery that you’ll miss in the blink of an eye, new adventures, discoveries, and other things to do in Aomori are waiting for you. 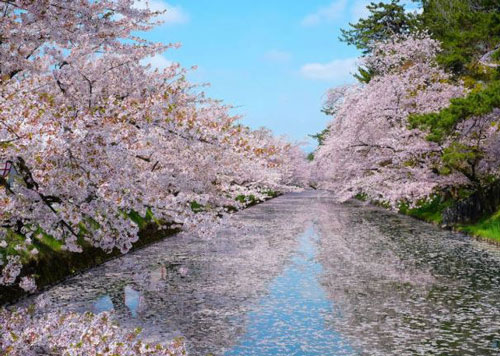 Hirosaki Park is one of the three top cherry blossom viewing spots in Japan, and visitors flock here from all over the world to see them.

It boasts a vast number of flowers, as the pruning from apple trees, which are cultivated in Aomori, are used as part of the specially formulated fertilizer for the cherry blossoms.

It is, of course, a given that you have to see the fluffy and voluminous flowers, but be sure not to miss the sight of the flower petals flowing down the moat too, a view known as "hanaikada" or "flower rug," as it blankets the water surface in a carpet of pink.

Besides these, you can see weeping cherry blossoms around Hirosaki Castle, along with Japan's oldest Yoshino cherry tree, the sakura tunnel along the west of the moat, and even a cherry blossom light-up. With so many sights to see, the cherry blossoms of Hirosaki Park are not to be missed.

2. Dance as a “haneto” at Aomori's Nebuta festival

The Nebuta Matsuri is a festival held in August in Aomori City every year, and is famous as one of the three great festivals of the Tohoku region. Experiencing this festival in person should be on all lists of things to do in Aomori.

The so-called "Nebuta" are giant lanterns in the shapes of dolls and other objects which are paraded down the streets, and over 2.5 million people from all over the world come to see it every year.

Besides the Nebuta, be sure not to miss out on the "Haneto," dancers who dress up in flashy outfits and chant "rasserah" as they go down the streets. And it's not just the locals, but tourists and visitors can also dress up and wait along the course of the Haneto, and join in freely. As the music of the Obayashi accompaniment plays, why not experience the festival first hand by joining in the dance as well?

3. Immerse yourself in the music of the shamisen

The shamisen, which can create beautiful sounds when struck sharply, yet produce otherworldly tones too. Said to be pioneered by blind traveling performers from the Tsugaru area, shamisen music is now played live at events and festivals everywhere, and the traditional sound of this instrument creates a unique atmosphere wherever it is played.

Though there are set melodies and phrases, the composition can be arranged and improvised to showcase your own style, and one draw of this instrument is in how the same song can sound vastly different when played by different people.

In the restaurants and izakayas of Hirosaki City, you can hear the performances of veterans of the art as well, so why not drop in and revel in the music with a glass of alcohol in your hand?

4. Heal yourself amidst the autumn foliage and hot springs of Tsutanuma 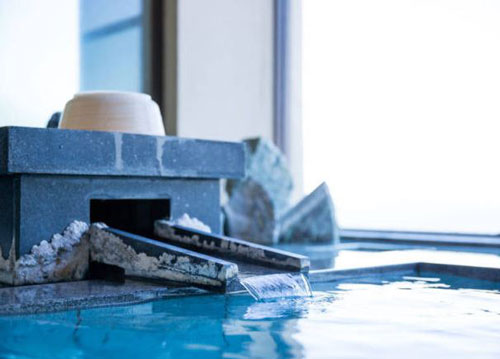 In the Oirase area of Towada City, is one brilliant marshland ringed by the Seven Swamps of Tsuta and a scenic lake called Tsutanuma. The surroundings have sightseeing facilities and are especially popular amongst visitors in autumn.

Covered naturally in beech trees, the sight of the red leaves reflecting in the still water at sunrise is stunning. The fiery crimson view is breathtakingly beautiful, and on windless days, it almost feels as though time has stopped.

In the surrounding area is the Tsuta Onsen, one of the top hundred hot springs in Japan, and getting to enjoy both the view and hot springs together is highly recommended.

5. Taste the best apples in Japan 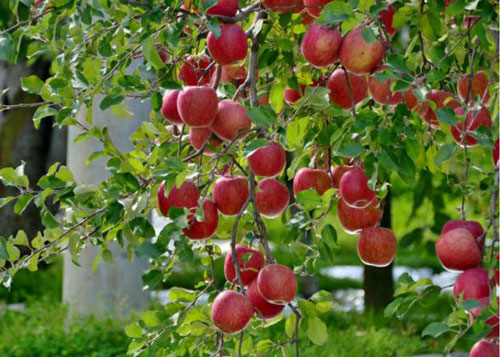 Aomori Prefecture’s claim to fame is as the producer of the best apples in Japan. In Aomori, Hirosaki City itself is responsible for producing one-third of all delicious Aomori apples. It is the single largest producer of apples in Japan, which are known for their intense sweetness and delightful crunch.

The four seasons can be felt distinctly in Hirosaki, with cool summers with stable temperatures, leading to a sharp drop in temperature once autumn arrives. The large temperature difference causes the sugar content and crunchiness of the apples to increase.

The sight of lush green trees leaning heavily with bright red fruit is also a beautiful sight to behold, making for strolls along farm ways an enjoyable way to pass the time. 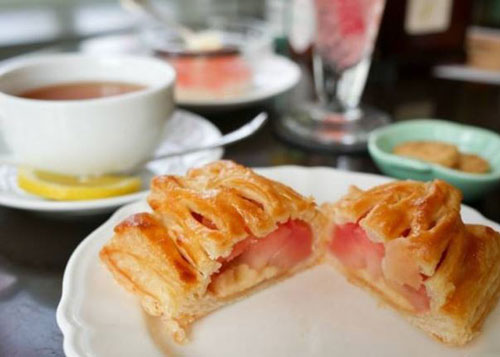 Though apples are indeed delicious when eaten as-is, desserts such as apple pie are popular as well. In Hirosaki City, there are many shops where you can get a taste of apple pie, and you can partake in sweets and desserts as you stroll down the street. Snackwalking is definitely one of the most fun things to do in Aomori!

Each shop has its own version of apple pie, with various tightly controlled flavor profiles, from the strength of the cinnamon and acidity to the texture and flavor, and there are even guide maps for them.

Regardless of which you choose, they’ll be deliciously fitting for the city of apples. Many cafés that offer apple pie have a charming atmosphere as well, so do enjoy your desserts in a sweet and cute café setting! 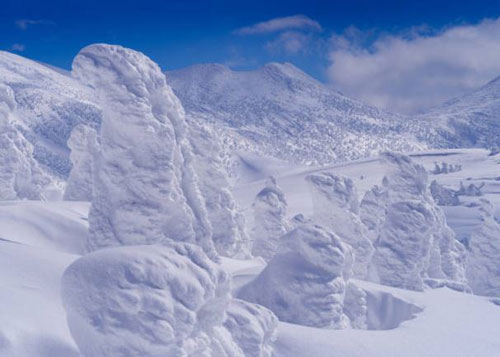 Aomori City is known worldwide as one of the cities with the heaviest snowfall in the world, and it is common for it to snow for days on end in winter.

The 18 mountains which form the volcanic complex called the Hakkōda Mountains have their trees covered in snow and ice, resulting in frozen tree formations called "snow monsters."

An artwork done by nature that appears amidst the extreme frost of winter, getting to see these structures sparkle in the sunlight on sunny days, is a blessing in itself.

As it's easily accessible from Sanroku station via ropeway, it's easy to visit for first-timers. Some many locals and visitors ski or snowboard down the mountains while enjoying the frozen trees too.

8. Make your own unique rice bowl at “Nokke-don” 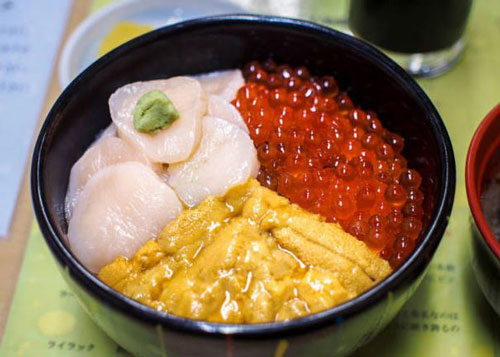 At the "Nokke-don Information Center" in Aomori city, you can try making one of their signature dishes, the "nokke-don."

The system requires you to buy food tickets, before heading to the market to pick your own ocean-fresh fish, which is arranged on a bowl of piping hot rice to complete your dish.

The market has three alleys, for a total of thirty shops offering different cuts of tuna such as otoro and akami, along with scallops and prawns, allowing you to exchange your tickets for food items that you want to have with your rice bowl.

As you can pick as much of your favorite toppings as you like, this really is the only place in the world where you can create your own unique "my-best don." 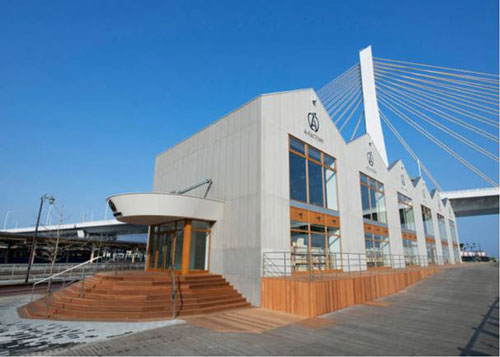 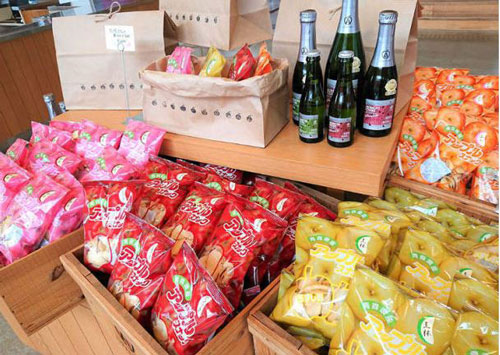 Just one minute away from Aomori Station by foot, is A-FACTORY, a Marche-style market and complex featuring cider made in-house from Aomori’s apples, and other delicious snacks and treats from all over the prefecture.

As the market gathers famous foods and produce throughout Aomori Prefecture, there’s everything from regular staples to rare and hard-to-get items available, and this is one place where you can efficiently hunt for your perfect souvenir.

Besides the market, you can try cider that has been fermented in in-house fermenters from the tasting machines on the second floor, for a small fee. Food and dessert made using produce from Aomori are available as well, making this place a popular one amongst visitors.

10. Make a quick visit to Hakodate via the Hokkaido Shinkansen 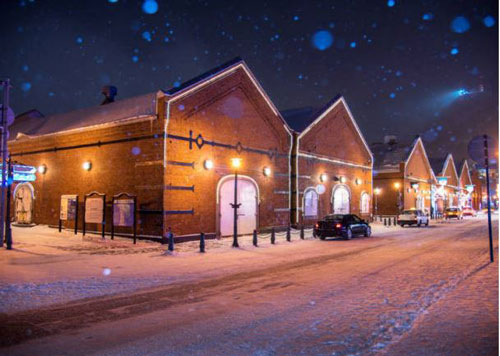 After the Hokkaido Shinkansen was opened in 2016, a trip from Aomori Station to Shin-Hakodate-Hokuto Station can take as little as 57 minutes, making it conveniently accessible.

From the seafood bowls available near Hakodate Station to the landmark Kanemori Red Brick Warehouse composed of four buildings in the Hakodate Bay area, there are events and shopping there that can make for an enjoyable day trip.

At night, you can ride the ropeway up Mount Hakodate to see the splendid night scenery of Hakodate.

After you’ve had your fill of fun in Aomori, taking a small side trip by shinkansen via the Seikan Tunnel is recommended too.

From nature to food to festivals, there’s something new to be discovered in Aomori every time, but indeed, the one thing that keeps tourists coming back is the people.

Many people try their best to communicate to foreign visitors through gestures and body language despite not knowing a lick of English, and the kindness of the locals are the real gems of your memories of your trip.

Recently, there have been many more tourist information centers and signages available in English, so you can rest easy even if it’s your first time in Japan. Aomori awaits you!

Did you know?: Aomori is famous for snow and apples