In 1945, 722 U.S. Navy ships were anchored in the atoll of Ulithi, 100 miles east of the main island of Yap. This number is even larger than at Pearl Harbor.

Only 15 miles wide by 20 miles long, Ulithi sits just three feet above sea level. Only four of the ring of 40+ islets are inhabited. The largest is four times smaller than Central Park in New York City.

Admiral Chester Nimitz stumbled upon the minute, curved atoll when scouring a map. Upon further inspection, it was determined that it curled around one of the largest coral reef lagoons in the world. A lagoon large enough to hold several hundred ships and provide enough room for refueling.

On September 22, 1944, the 323rd Regimental Combat Team of the 81st Infantry Division landed.  A few days later they were joined by the SeaBees who got to work transforming the atoll into a major staging area for the Navy fleet.

Located between Guam and the Philippines, Yap Island and its neighboring island, Ulithi, had been under Japanese occupation since 1914. During WWII, more than 4,000 Imperial Japanese Army and Navy troops were stationed there with thousands more who transitioned through on planes, ships and submarines.

When the U.S. Navy arrived, hundreds of Japanese Army troops dragged large guns up the hills. Additionally, they built bunkers and dug trenches and caves to support the gun positions. Numerous air attacks targeted the area and great lengths were taken to hide gun positions from the American planes.

Between June 1944 and August 1945, AAF, Navy and Marine airmen fought the Japanese almost daily in the skies over the island. In the end, hundreds of men lost their lives.

U. S. Memorials in Yap, Micronesia

On Sept. 5, 1945, the Japanese surrendered aboard the USS Tillman in Yap harbor, one month after the bombing of Hiroshima.

Today the men who fought in that battle are memorialized in more than one dozen sites across the island displaying the wreckage of some of the more than 40 American planes that were downed.

The memorials were spearheaded by the U.S.-based Missing Air-Crew Project and History Flight Organization with the support of the Yap Visitors Bureau. They include information about the crews who went down with each one.

Recently, Japanese sites including bunkers, caves, planes and artillery that had been hidden in the undergrowth since the war, were unearthed and added to the memorials. Many are located on the Made’de hills overlooking Colonia, the main island’s only town.

The Federated States of Micronesia, of which Yap is one of four island states, closed its borders in March 2020 due to the pandemic. It remains one of a handful of covid-free countries in the world.

It is hoped that the border will open again in 2022 to welcome visitors. However, for now, only citizens stranded abroad, medical patients returning from treatment and essential workers are allowed in on the once-a-month United flight from Guam.

All passengers must be approved for entry, quarantined and tested in Guam. Furthermore, they must be fully vaccinated prior to arrival with further mandatory quarantine and testing upon arrival in Yap.

Visitors to Yap must go with a guide when exploring the island due to local land ownership and customs.

Those wishing to visit Ulithi must receive permission prior to flying from Yap on Pacific Mission Aviation. The “unfussy” Ulithi Adventure Lodge welcomes overnight guests. 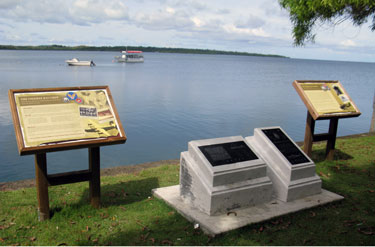 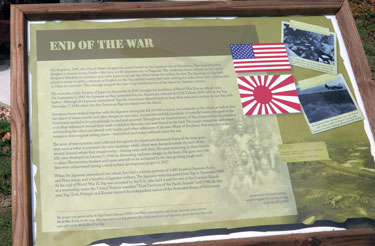 Author Bio: Writer/photographer Joyce McClure joined the Peace Corps as a Response Volunteer in August 2016 and traded the island of Manhattan for the island of Yap after a long career as a senior executive in marketing communications. When her service ended, she stayed on for five years and recently moved to Guam.

Yap Day: One of the most authentic cultural celebrations in the world