Parco Shibuya Gallery X in cooperation with Toho Co., Ltd. salutes the 50th anniversary of Hedorah aka the Smog Monster from Godzilla vs. Hedorah (1971) during an art installation in Shibuya, Tokyo until November 23. Gallery X and multiple artisans have come together to champion the repulsive, often loathed, but extremely popular kaiju from the Godzilla film series.

Tune into fascinating, satirical, dark, anti-pollution themes at this psychedelic tribute happening in fashionable Shibuya. Take a trip to the basement floor and see pieces by chandelier artist, Kim Songhe, videographer, Akiko Nakayama, designers, Keiji Ito and Coin Parking Delivery and their collaborations with Marusan Toys. Also, on display are one hundred set photos, and screen-used props and diorama from the brief Hedorah sequence from Godzilla: Final Wars (2004), directed by Ryuhei Kitamura.

The 50-year old Godzilla vs. the Smog Monster, directed by Yoshimitsu Banno (1931-2017) was released to U.S. matinee houses in 1972, polarizing fans for decades, but has slithered back with a degree of fresh wind, as new Godzilla generations discover the avant-garde entry.  Banno, despite his multimedia, over the top approach was chastised by producer, Tomoyuki Tanaka upon the Japanese release.

Black and white photos of Banno’s colorful gang including:  SFX director, Teruyoshi Nakano, Godzilla and Hedorah suit actors, Haruo Nakajima (1929-2017) and Kenpachiro Satsuma are accompanied by a soirée of soundtrack cues by composer, Riichiro Manabe, and a putrid, pulsing light show that envelops patrons at the gallery.

A small, informative video screen peeks into the creation of the Marusan art pieces, and goods for purchase chronicle the outer space monster, that surfaced during the protests of deadly, cadmium poisoning, belching smokestacks and global warming, that continue to endanger the earth.

This installation is a subdued opportunity to showcase a Godzilla foe who has officially arrived, and was featured recently in an online short pitting him against the king once more by director, Kazuhiro Nakagawa during Godzilla Fest 2021.

On opening day, curator, Atsushi Satomichi of Parco said, “I think customers are really attracted and intrigued by the Hedorah suit from Godzilla Final Wars, provided by Toho Visual Art Production Department.” “They take various photos together with Hedorah and the intricate details, too.”

Some children who saw the movie during its first run have grown to become prominent artists, directors, and musicians. Later, Satomichi mentioned this correlation saying, “Just like our artists’ works on display, fans are also fascinated by the grotesque, psychedelic, and super fantastic elements of the character and film.” 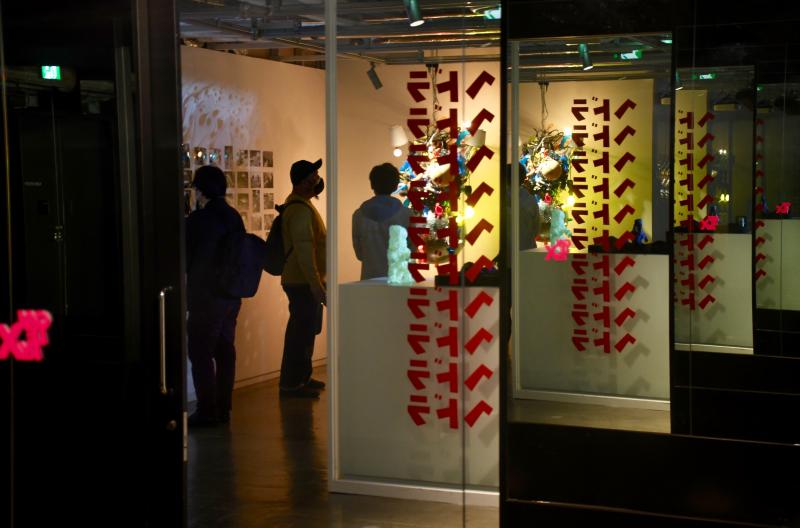 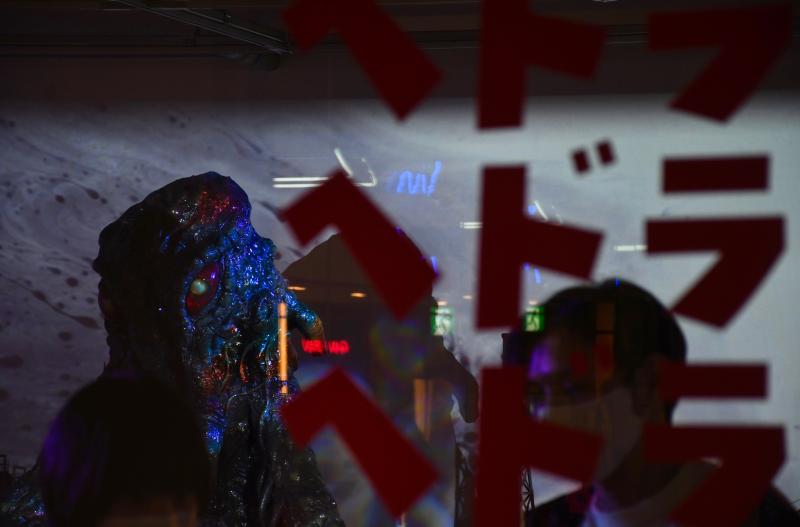 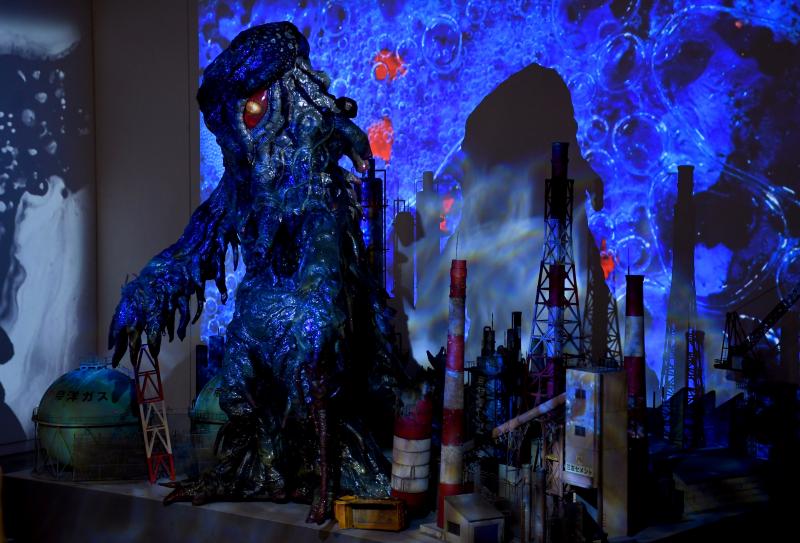 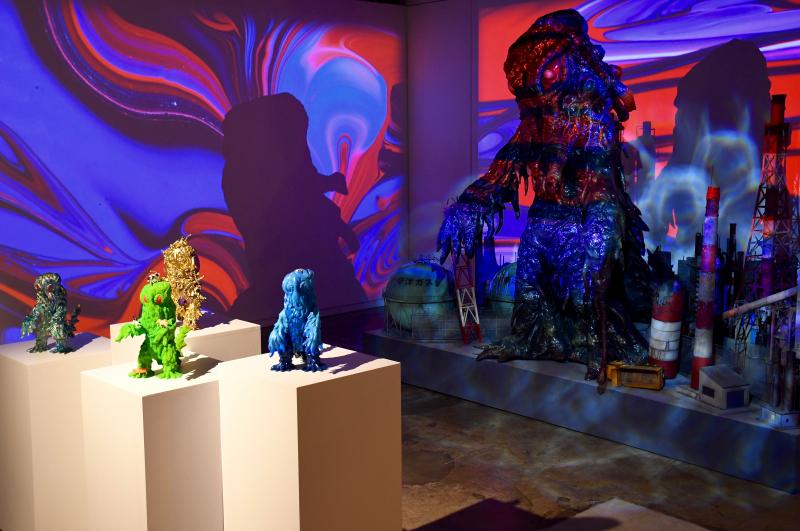 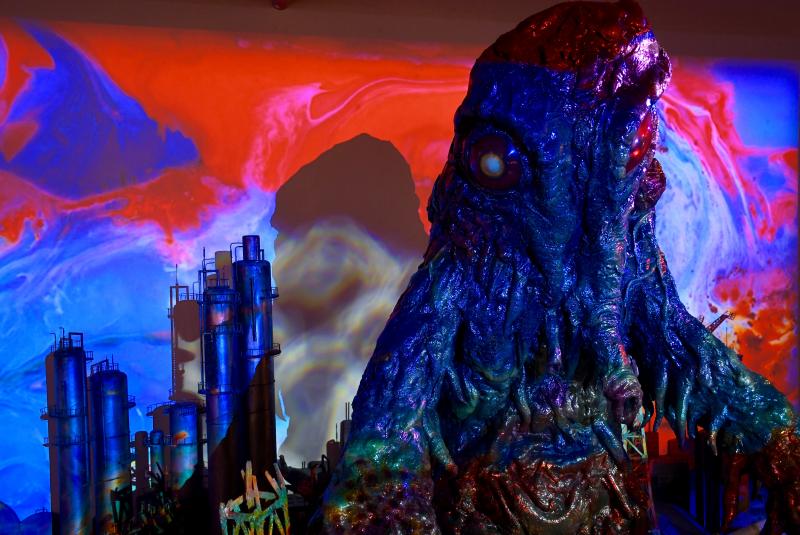 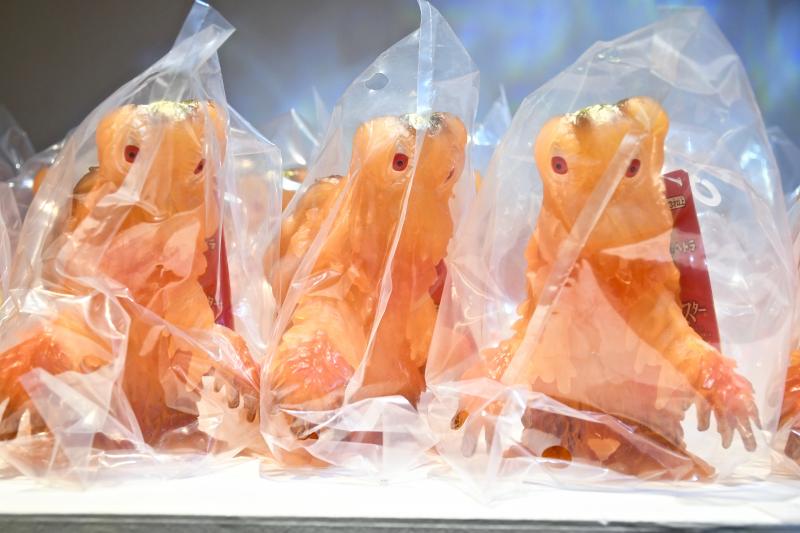 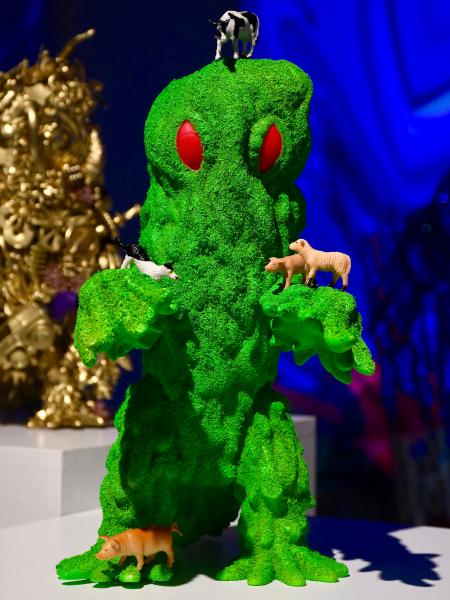 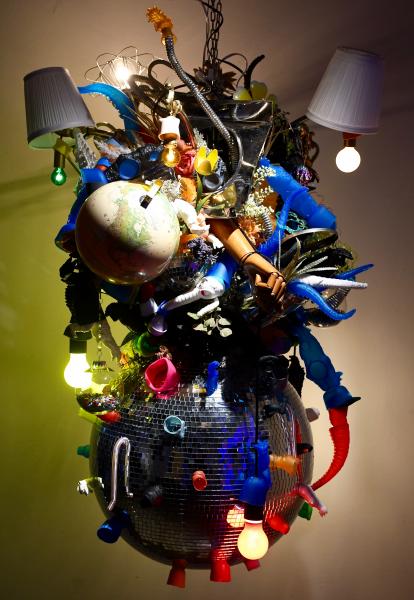 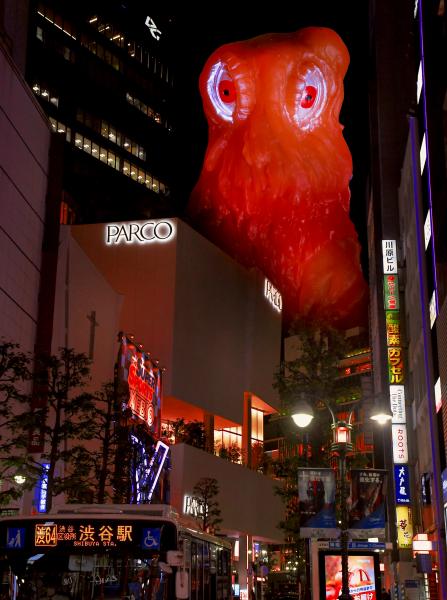