Heartlands: Dipping into the retro riverside of Tamagawa

Heartlands: Dipping into the retro riverside of Tamagawa

When summer temperatures peak in Tokyo it can be difficult to find somewhere to cool off. Thankfully, the Tamagawa river, with its breezy riverside walks, sandy banks and pockets of parkland, provides a bit of respite from the scorching city center. But it’s not all about lazing along the riverside (although that does sound appealing). There’s also plenty of interesting history to discover, Mt. Fuji viewpoints and an easy-going food scene to tuck into.

The best location to start an exploration of the area is at Tamagawa Station. The small, busy stop opened in 1923 and is connected by not one but three lines: the Meguro, Tamagawa and the Toyoko lines. The station serves the local community, visitors to the riverside and, once upon a time, the Tamagawaen Amusement Park.

First opening its doors in 1925 as Onsen Amusement Park Tamagawaen, the park closed its doors in 1979 due to falling visitor numbers. But it was a big attraction in its Showa-era (1926-89) heyday with classic amusements like a haunted house and a merry-go-round. Denenchofu Seseragi Park, a family-friendly green space, now takes up much of the former grounds of the park. A noticeable echo of the resort atmosphere still hangs in the air.

Like much of modern-day Tokyo, the streets surrounding Tamagawa station were once a mere handful of rural villages which underwent significant development at the start of the 20th century. The construction of nearby Den-en-chofu — a planned garden city which aimed to create an attractive European-inspired suburb for wealthy Tokyoites — left a lasting legacy. Many of the tree-lined residential streets are still edged by large homes.

But the history of the area goes back much further. A series of kofun (burial mounds) in Tamagawadai Park shapes the land along banks of the Tama, making up a portion of some 54 in the wider Ebaradai Tumulus Cluster. These kofun are particularly important as many others have been lost over the years to urban development. The burial mounds provide a tantalizing glimpse into the lives of the people who used to call Tokyo home from the 4th century onwards. 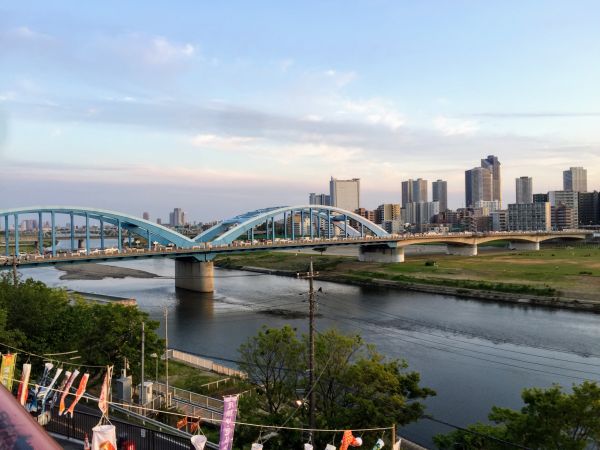 But first, it’s time to see what modern life is like in this portion of the city.

Leaving the station from the exit on the left, you’ll discover Caffe di Ruscello. This calm, airy space is part of Seseragi-kan, the new community center that overlooks Denenchofu Seseragi Park, where retro rides have now been replaced by undulating paths, water features and large lawns. The cafe sells a selection of fresh bakery goods and more well-rounded meals (lunch sets start around ¥850). Grab a high-quality coffee (¥450) to go, or sit with everyone else and soak up the serene surroundings for a moment or two.

From the park, the road that runs parallel to the railway line plays host to a line of faded shopfronts — a street known as Tamagawaen-mae Shoeikai — pointing to the area’s popularity of yesteryear. Before Tamagawaen closed this street thronged with tourists, numerous souvenir shops and restaurants. Today, a scattering of eateries and trendy coffee shops intersect with the old, dilapidated buildings; at the far end, Nora Bakery is another solid option for grabbing a coffee and a baked good to go.

Near here, the entrance to Tamagawa Sengen-jinja Shrine slopes its way skywards. The approach is lined with black hunks of volcanic rock, creating a fuji-zuka intended to imitate climbing to the top of Mount Fuji.

Said to have been founded 800 years ago, and dedicated to the worship of Mount Fuji, the shrine’s main building is actually set atop a keyhole-shaped, 6th-century kofun — part of the cluster that makes up Tamagawadai Park. At the summit of this false Fuji, shrine-goers can actually catch a glimpse of the real deal; a dedicated fujimi (Fuji-viewing) platform makes for a good spot to return to at sunset to watch the orange glow silhouette Japan’s famous volcano. 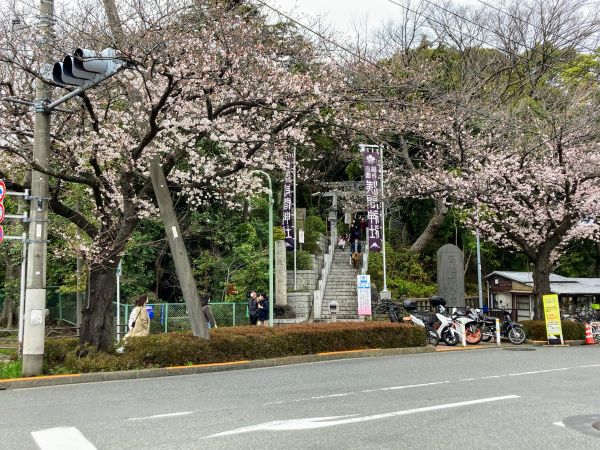 More religious structures can be found just a five-minute walk from the station — this time in the form of Den-en-chofu Catholic Church, established in 1932. After foreign priests were arrested  following Japan’s entry into World War II, the church was forcibly repurposed in 1944 as a makeshift prison for employees of the Italian Embassy, and was later rebuilt in 1955. Even if you don’t get to peer inside the current structure, the sound of its bells chiming out lends the surrounding streets a strangely European soundtrack.

From the church, the hilltop Tamagawadai Park is just a few moments on foot. The long slither of land is woven with pathways and sectioned off into distinct areas. Planted with more than 3,000 ajisai (hydrangeas) in various varieties, the Hydrangea Garden overflows in June when the blue and purple-hued flowers are in full bloom. Alongside it is the Aquatic Botanical Garden where water lilies float in delicate pinks and whites and children catch pond life with their parents.

Adjoining this watery space is the Kamenokoyama Kofun. This keyhole-shaped tumulus is the largest of its kind in the area and is thought to have been made during the Kofun Period (around 300-538) in either late 4th century or early 5th century. Surprisingly, no archaeological excavations have been carried out to date.

The burial sites — which received protection as a National Historic Site in 1928 — run throughout the length of the park, totalling eight in all. The furthest two lie across the Nijibashi bridge at the north end of the park. At the park’s main entrance the Tamagawadai Park Kofun Exhibition Hall (free to enter; 9 am to 4:30 pm, closed Mondays) provides a helpful insight into the burial sites. There’s no English signage but the excites are fairly self-explanatory. 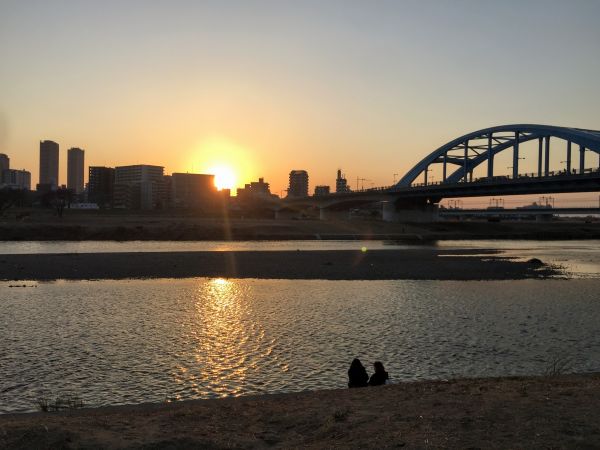 After all that wandering, the park’s Sunset Observation Deck is a sought-after spot to soak up the views. The river meanders in an S-shape below where, in the height of summer, families splash in the shallows. When the sun is out, locals gather along this part of the park for picnics or catch a sunset view of the ever-elusive Mt. Fuji on clear days. Here’s a good spot to stop for a bite to eat if you picked any baked treats up from a cafe or got something for lunch at the konbini at Tamagawa station.

Then it’s down to the river itself. During cherry blossom season the river banks pulsate with passersby while tipsy hanami-goers sprawl out on long grass in spring. Throughout the rest of the year the stretch of the river is populated by walkers, solo coffee-drinkers sipping in the view, children’s sports teams (there are countless baseball fields) and fishing enthusiasts. For those who are feeling the summer heat, the best thing to do at this point is to head down to the river’s edge, slip off your shoes and dip your feet in the cooling waters of the Tama. Shinkansen and commuter trains cruise over the bridges straddling the banks, fish jump high out of the glistening water.

As evening draws near, tear yourself from the glow of the Fuji sunset to one of the area’s eateries. Close to the shrine’s entrance, diners tuck into al fresco fish and chips at Cafe & Bar Delight, while the polished Denenchofu Club serves up a selection of teppanyaki and Italian fare. Or you could just sit for a while longer by the water.

Tokyo's river walk: The Sumida River flows under the sky of Edo