At the bottom of a cliff overlooking Yomitan Village’s coastline and where Miigsuku, a reconstructed fortress draws a curve like a dragon’s tail, there is a place claiming nationwide attention with its unique efforts to save the environment. 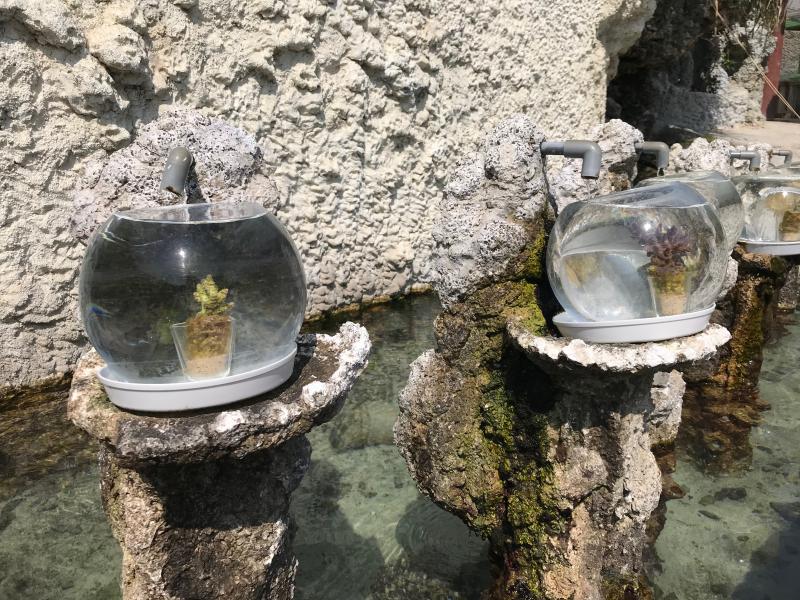 Surrounded by white walls and adorned with white sculptures, this place looks more like an open-air art museum on the beach. Once inside, however, one realizes that these are not artworks but water tanks with marine habitats inside.

As its name suggests, Sango Batake (Coral Farm), is a place where coral is cultivated.

Visitors to this farm will find tanks of many different sizes. The small ones hold small pieces of coral, similar to how human newborns might be placed in incubators in a maternity ward. The larger, pool-like tanks are inhabited by sea creatures such as clown fish, urchins, sea turtles, shellfish, and corals of many shapes and colors. The farm has about 100,000 pieces of coral along with more than 200 species of sea creatures, their website says.

Sango Batake houses about 120 kinds of coral, according to its website. Visitors can take a close look at each kind as they go on walkways which run around each water tank. Information about coral is posted in Japanese and English to help visitors understand the sea organism whose life is not often spotlighted. At one point the path becomes a downslope, leading visitors to a spot where they can take a close look at colorful corals at the bottom of water without getting wet.

Visitors also have the opportunity to frag coral (3,500 yen per piece, about $31), which is to cut off a small fragment of coral and prep it to be propagated and transplanted back in the ocean. Those interested should bring along a friend who can speak Japanese and also make a reservation. 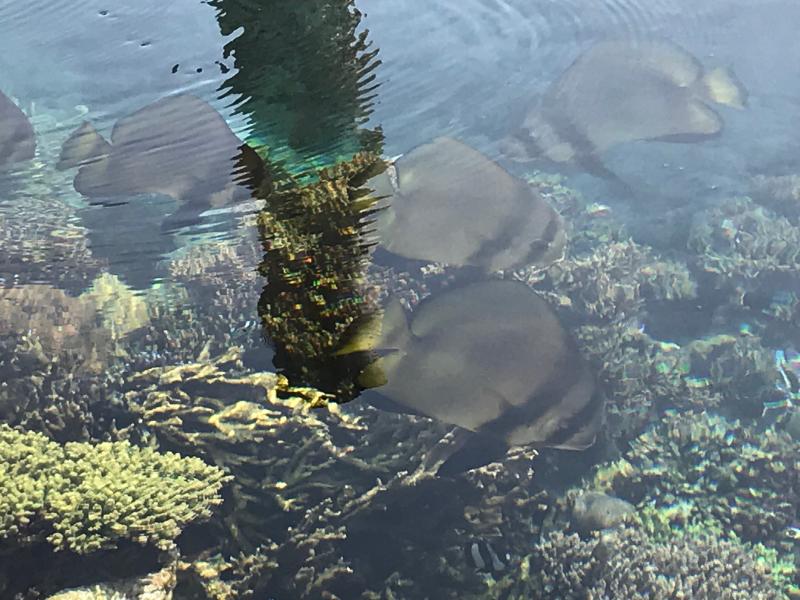 Sango Batake serves as a safe haven for coral. Its pools are kept at a consistent water quality and temperature and the absence of natural predators all contribute to the ideal environment young coral needs to grow and eventually return to the ocean.

Though the facility doesn’t house large creatures such as Rhincodon Typus or rays, its unique commitment to the environment stands out given a critical situation affecting coral in Okinawa and abroad.

In recent years, coral bleaching incidents have occurred in remote islands in the Pacific and areas around Okinawa including a mass bleaching in 2016 which killed more than half of the coral in Sekisei Lagoon, which is between Iriomote and Ishigaki Islands.

The causes vary but experts blame sea temperature rise due to global warming, red clay and chemical herbicides among the leading causes for environmental damage to coral. 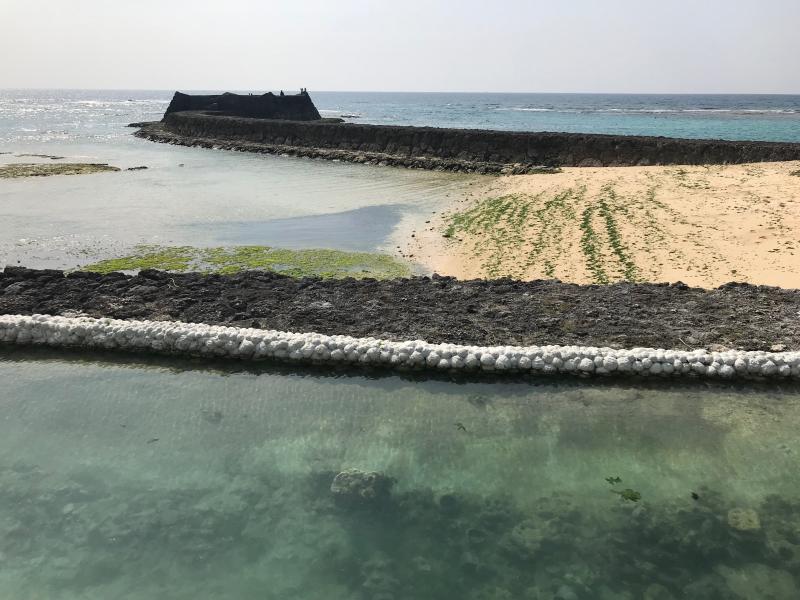 For Koji Kinjo, the founder of Sango Batake, it was the 1998 mass bleaching caused by El Niño, which put him into action.  At the time, farming and transplanting coral was not very common, let alone by a layman. Kinjo faced many obstacles to get his endeavor off the ground, but his passion for coral kept him going. After about six years of struggles, his transplanted coral started spawning, a first worldwide. In 2010, a narrative film was made about Kinjo and his coral farm drawing national attention to his achievement.

In a 2018 article by the website Blue Ship, Kinjo was said to have transplanted 140,000 pieces of coral. “There are about 400 kinds of coral in Okinawa. Methods for fragging vary depending on the kinds of corals,” Kinjo was quoted in the article, noting the difficulty of farming coral. But through the daunting task of trial and error, he said, led to the discovery of a “super/miracle coral,” which can survive high sea temperature and ultra-violet rays.

Kinjo’s work to restore coral and educate the public is inspiring. A visit to the coral farm is a must for the aspiring marine biologists and science lovers in your family. The farm offers a calm and peaceful atmosphere to learn about how important coral is to the ecosystem and why it should be protected.