Looking down at the river and mountains from the observation room atop Iwakuni Castle, I could easily imagine why a feudal-time lord built his castle here. The amazing vista and the mountain breeze on my face made me feel like I was on the top of the world.

Iwakuni castle is about 4.5 miles from Marine Corps Air Station (MCAS) Iwakuni. Constructed in the architectural style of the Momoyama Period (1573 to 1603), the four-story castle was originally built in 1608 by the first Lord of Iwakuni, Hiroie Kikkawa.

After the Tokugawa regime decreed the Law of One Castle per Province in 1615, it was tore down that same year. The existing castle was rebuilt in 1962, and features as a museum displaying of historical items such as samurai sword, firearms and suits of armor.

Because the castle was built on a top of mountain named Shiroyama (Castle Mountain) you can spot it easily from Iwakuni City. There is a ropeway which takes you to the castle entrance from the base of the mountain in three minutes. The cost is 560 yen ($5) for a roundtrip  ticket, and admission to the castles is 270 yen. It takes about 30 minutes to tour the entire castle.

After exploring the castle, I recommend strolling through nature in the surrounding area where more than 200 different kinds of trees have been preserved. I enjoyed this walk, taking in the dynamic castle in the backdrop amid the lush forest and singing birds.

In addition to the castle, Kikkawa built a wooden bridge over the Nishiki River in 1673, however it was soon washed away. He had it rebuilt with improvements the following year and it remained for more than 250 years until it was destroyed again in 1950. Although the city officials wanted rebuild the bridge with concrete, local demand persuaded them to rebuild current wooden structure in the same style as the original, using timberwork construction that employs metal belts and nails, according to Iwakuni City officials.

Whatever you do don’t miss the opportunity to visit Kintai Bridge if you are going to Iwakuni Castle from MCAS Iwakuni. This iconic bridge is a symbol of Iwakuni and one of Japan’s most famous bridges. The five-arch wooden bridge spans 233 feet across Nishiki River. Due to the height of its arches, however, it has a total surface length of 690 feet. It is 16.4 feet wide and its piers are nearly 22 feet tall.

“The scenery of Kintai Bridge changes with the seasons, attracting people to this historical bridge year round,” said Takeshi Yamaguchi, manager of the city’s Tourism Promotion Division. “The most popular season is spring and autumn when cherry blossoms bloom and the leaves change colors. It is just gorgeous. It is very close from MCAS Iwakuni and would make a pleasant cycling destination from the base.” 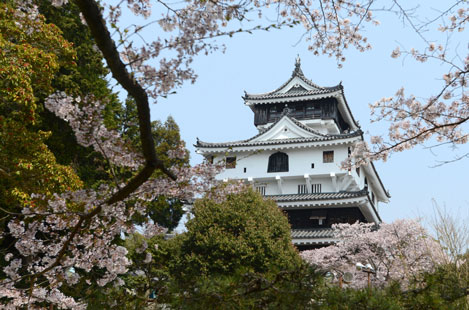 The entrance fee for the bridge is 310 yen for adults and 150 yen for children.

On the other side of Kintai Bridge is Kikko Park, a perfect place for a family picnic. The park is full of trees, plants, flowers and a huge fountain for children to play in. The park is also home to Iwakuni Historical Museum and the Kikkawa Family Museum.

If you are in Iwakuni during summer, don’t miss the Nishiki River Water Festival held the first Saturday in August. It includes food vendors, attractions and a huge fireworks display over scenic Kintai Bridge that draw more than 100,000 visitors from all over Japan every year.

These are just a few reasons to make Iwakuni your next travel destination – or, if you’re already here, get outside the gate and enjoy all the area has to offer. It’s a great way to experience a laid-back country feeling in Japan. It is peaceful feeling. 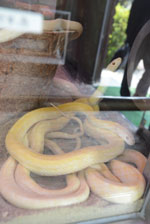 At Kikko Park you can see an unusual national treasure – white snakes.

No. I’m not talking about the rock ’n’ roll band. I’m talking about nearly 6-foot-long, ½-foot-diameter snakes as pale as the driven snow. They are found exclusively in Iwakuni.

According to an old Iwakuni City chronicle, the first white snake was captured in Yokoyama, a castle town of the Iwakuni clan, in 1738. The number of living white snakes has decreased in recent times, and they have since been officially designated as national treasures.

It was once believed that these snakes were messengers of Benten, the Japanese goddess of wealth, and that they bring good luck to those who see them.

You can view the snakes at Imazu White Snakes Museum from 9 a.m. to 5 p.m. Admission is 200 yen for adults and 100 yen for elementary and middle school. English-language pamphlet is available.

This friendly Japanese-style restaurant is a 5-minute walk from Marine Corps Air Station Iwakuni’s main gate. Here, you can try a variety of authentic Japanese dishes such as fresh sashimi, yakitori and tempera. The place popularly known to people on MCAS Iwakuni as “Fish Tank,” because of the big fish tank in front of the restaurant. Try Asari butter, fried butter and manila clam. 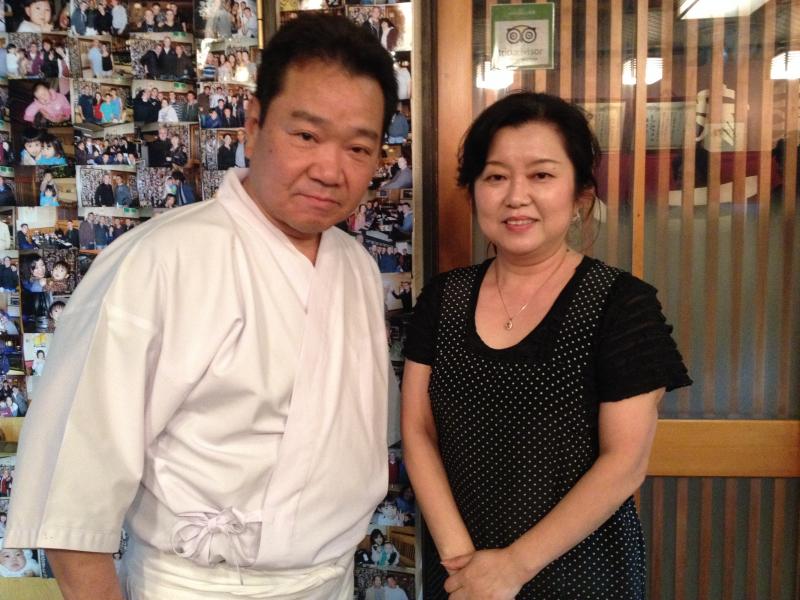 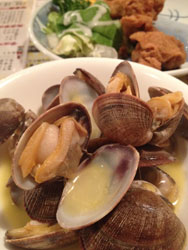