Completed in time for the 1964 Olympics, the venerable silver-colored Tokyo Metro Hibiya Line is one of the city’s oldest. A linchpin of central Tokyo’s subway system, the line pushes through some of Tokyo’s most popular locations and comes fully equipped with chic neighborhoods, political power zones and heritage-laden districts. 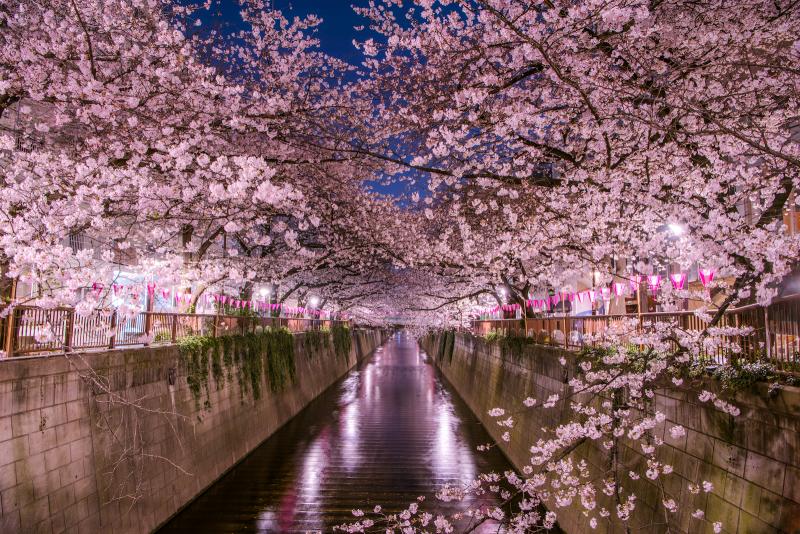 The line begins with Nakameguro Station, a cherry blossom sweet spot in southwest Tokyo. With the Meguro River on its doorstep, the area here thrives with an urbane riverside culture that includes Torizawa, an upmarket yakitori bar and the Sato Sakura Museum of Fine Art. 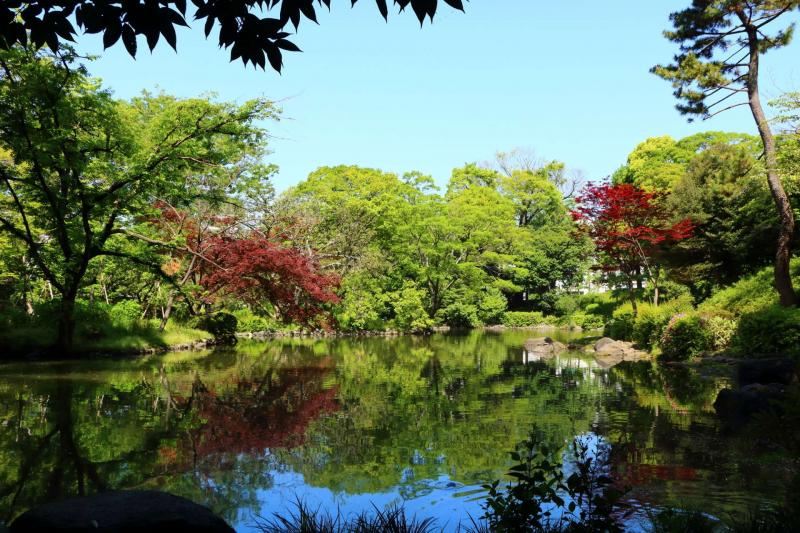 Cosmopolitan Hiroo Station lays claim to the idyllic Arisugawa no Miya Park. An Imperial donation, the park’s ponds, waterfalls and ravines make it a proper city oasis while, by the entrance, sits the ethically-minded cafe, Nem Coffee & Espresso. The outdoor fitness group Urban Heroes Tokyo also meets here in the park regularly for its workout, stretch and yoga sessions.

Roppongi Station serves an area almost overwhelmed by its edgy evening reputation. But along with Haiyuza Theater, busy since 1954, the station opens out to some of Tokyo’s most extraordinarily modern architectural designs like Mori Art Museum and Roppongi Hills. 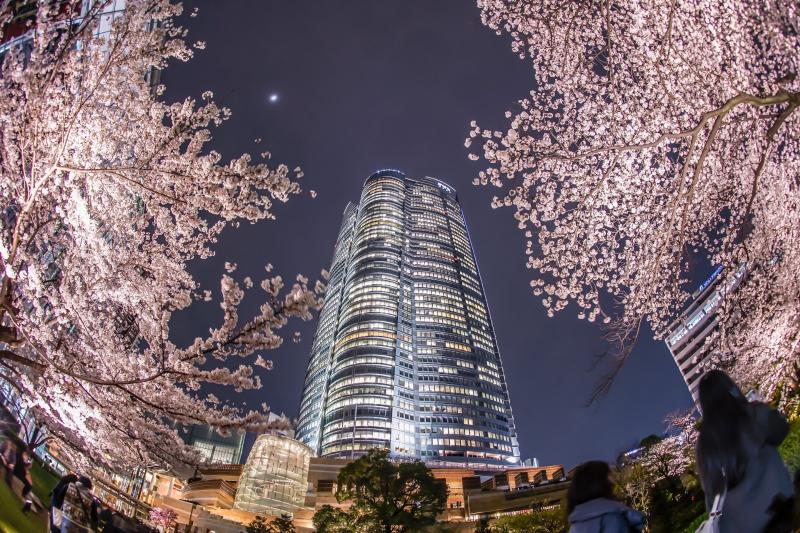 The high-energy planetarium of the Minato Science Museum is easily accessible from Kamiyacho Station. So too the Stairway of Success, a thigh-buster leading to Tokyo’s micro summit, Mt. Atago, and Atago Shrine which once protected its Edo period citizens from fire.

Toranomon Hills Station, the line’s newest, is home to the Japan Sword Co. Founded over a century ago, the gallery is a serious player in the samurai arms and armory world. Its solid collection and expert advice make it a bulwark of bushido ambiance.

Adding a touch of greenery to the heavyweight bureaucracy surrounding Kasumigaseki Station is Shiomizaka. Now lined with cherry blossoms, this gentle slope dates back to the Edo period and leads to the relaxing South Garden of the Diet Front Park.

Hibiya Park is an obvious drawcard but Hibiya Station’s location also invites a visit to the grandeur of the Imperial Theatre, Japan’s first western-style theater. Established in 1911, the theater also houses the ninth-floor Idemitsu Museum of Arts. 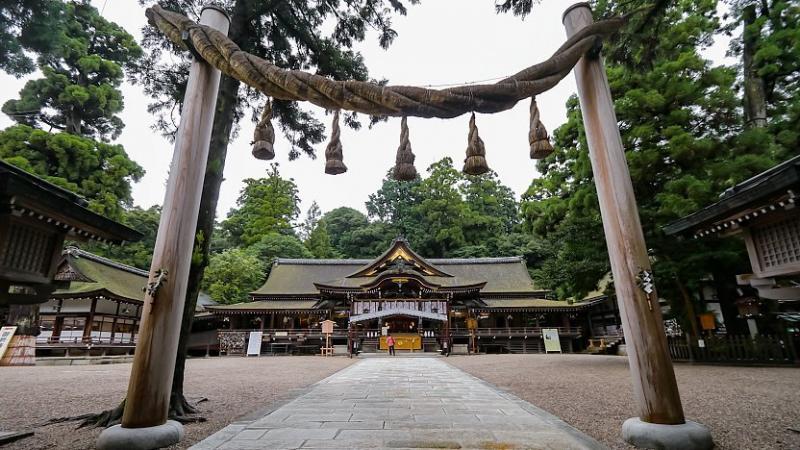 Famous for the Tsukiji Outer Market, downtown Tsukiji Station is right by the eclectic Hongan-ji Temple with its Indian and South-East Asian motifs. The temple also features memorials to a 20th-century rock guitarist and the 18-dish breakfast set of Tsumugu Cafe.

The nearby Tokyo Stock Exchange makes it easy to imagine Kayabacho Station being blanketed in business. A closer look, though, reveals a splash of local art like the contemporary Gallery Suchi and the exhibition space of the Japan Creative Arts Gallery.

Ningyocho Station announces an old-time ambiance thanks to traditional shopping streets like Amazake-yokocho. Just outside the station lies the almost hidden Okanno-ji, the third temple of the Edo 33 Kannon temples pilgrimage.

From Kodemmacho Station, the darkness and silence of Irumando Coffee make for a surreal cafe experience. Nearby are the remains of the old Kodemmacho Prison as well as a memorial located where Yoshida Shoin, an Edo-period intellectual, was executed.

Playing to Akihabara Station’s otaku culture, maid cafe Heaven’s Gate gets a serious thumbs up for authentic cuteness. Another type of satisfaction, complete with daily queuing, is the popular Aoshima Shokudo and their rich ginger shoyu ramen broth.

A short stroll from Naka-okachimachi Station lies Tsubameyu, a traditional sento public bathhouse. A rarity for bathhouses, this Tangible Cultural Asset of the city opens early in the morning and features a mini-mountain cascade made from rocks taken from Mt. Fuji.

Ueno Station has everything. Shinobazu Pond’s water lilies are a sight, the Black Gate behind the Tokyo National Museum oozes feudal authority while the National Museum of Western Art building is one of Tokyo’s two UNESCO World Heritage Sites.

Immersed in Tokyo’s shitamachi downtown culture, Iriya Station offers Ono Terusaki Shrine. Dedicated to a Heian period scholar famous for his bold wit, the leafy grounds feature another fujizaka mound, this time guarded by a monkey gate that opens once a year.

As the line begins to unwind, local living continues from Minowa Station. Several okonomiyaki savory pancake restaurants feature here, including Shidzu. Full of backstreet familiarity, this family business has been doing its thing for well over 35 years.

Kozukahara Hokokusan Ekoin temple stands out at Minami-senju Station. This Edo period execution ground is home to the memorial grave of Japan’s ‘god of wrestling’ while further along, Shiori Park offers great views of the Sumida River Fireworks Festival. 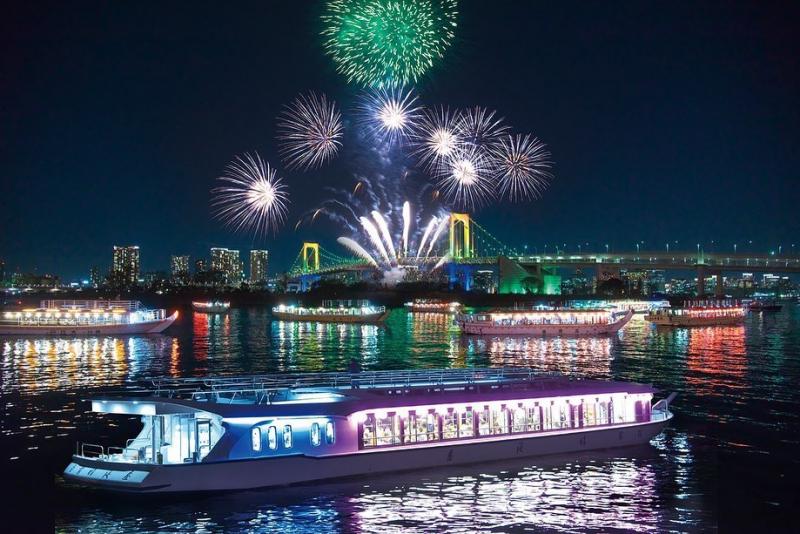 Having traversed through everything, the Hibiya Line closes out with Kita-senju Station. A major transport hub, modern Tokyo is served by the substantial Marui and Lumine department stores. And with the area’s Edo period and shitamachi heritage, including feudal merchant home Yokoyama-ke Jutaku and traditional shotengai shopping street Senju Honchou, there is plenty to appreciate here at the end of one of Tokyo’s most respected lines.

What’s happening in Tokyo this August?