Japan overflows with natural beauty. Every season offers something new and different. Fall is my favorite season for being outdoors because the autumn leaves drift from the trees and litter the floor like a beautiful carpet. But not all fall hiking focuses on pretty leaves. My family recently found a hike in Gunma that features the high-altitude marshlands in Oze National Park.

Similar to Mt. Fuji, access to Oze National Park requires a shuttle ride from one of many parking lots to the start of the hike. Taking the toll roads, the parking lots are about a 2.5 hour drive from Yokota Air Base. From there, the shuttle ride is another twenty minutes. In addition to the shuttle bus, shuttle taxis also operate during the high traffic times of the year, accepting the same fare as the bus. One way tickets cost 1000 yen (about $10) for adults and children middle school aged and up, and 500 yen (about $5) for younger kids.

My family woke up early on a Monday morning to start our big day. There are many trails and we decided to hike the popular marsh trail, which is roughly a ten mile loop. When we arrived at the trailhead, it was 0800 and, because of the high altitude, freezing cold! We quickly zipped up our jackets and started hiking to warm up. The marshes are situated as a valley in a circle of mountains. We started our hike at the top of the mountain circle, so the first leg of our hike was all downhill. The landscape was stunning. Autumn had not yet arrived in Yokota yet but it had certainly come to this part of Gunma. It was like walking through a vivid painting. The autumn leaves and the sound of trickling water completed the picture. Then we arrived at the beginning of the marshes. 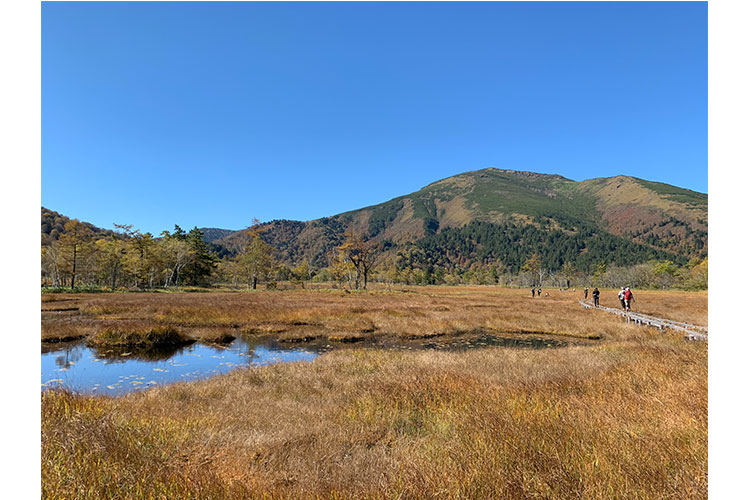 Before venturing out of the trees, we took a bathroom break. Also similar to Fuji, the toilets cost money to use. The toilet money funds the restoration of the park, so we were more than happy to pay and glad that our money was supporting a good cause. Interestingly, the pay box allowed patrons to choose between two restorative projects: their money could help to rebuild run-down portions of the path, or it could go towards the purchase of new electrical equipment. The walking path through the marshes is actually a pair of narrow boardwalks, with a few branches to allow visitors to stop and take pictures without impeding traffic. The sun shone brightly and reflected on miles of waving golden grass. It was beautiful! The wind blew and the fields rippled in response, all echoing the majesty of God’s glory. We were nestled in a haven, hidden from all but the birds above us. We walked on until we were surrounded by the yellow grass and blue sky. The panorama was the same no matter which way we looked: a fence of gray mountains piercing the nearly cloudless sky, a layer of rich fire marking the tree line, and then the saffron sea, obeying every command of the wind that gently played in the air. We eventually recovered from the first oohs and aahs. We pressed on because we had a long way to go to meet our ten-mile goal.

It had warmed up quite a bit by now. We frequently stopped to take in the views because if we looked up from the narrow path too often, we’d stray and fall! We met several people coming back with large packs on their shoulders. These were all visitors who hiked the day before and stayed the night at one of several huts scattered throughout the park. I cannot imagine how cold it must have been for them! Yikes! One of these people knew English and was excited to speak with us. We learned that he was an electrician who worked at Oze. He hiked up and down the marshes once a month for twenty-three years so far. He said he enjoyed his job because he gets to view the marshes throughout all the different seasons. His favorite hiking season is fall, and his least favorite is winter because it gets so cold and the snow piles up to five meters high! So, if you like cold weather and snow, come hike at Oze during the winter. 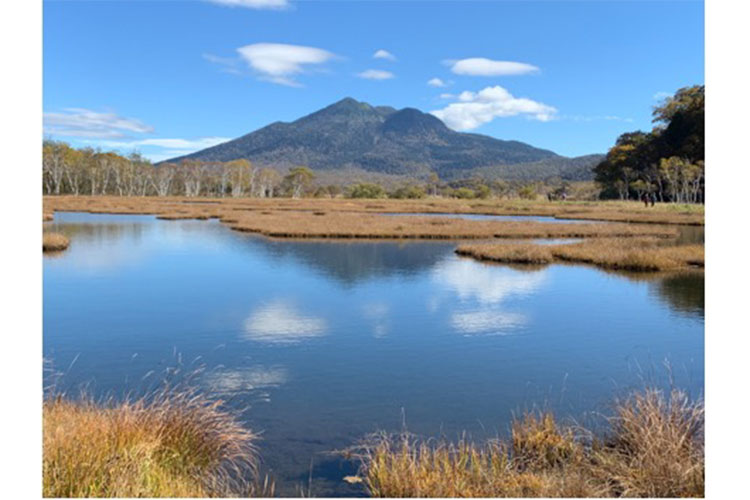 Absorbing the beauty around us, we made our way to the other side of the marshes. Since we had arrived earlier than we anticipated, we decided to lengthen the hike by turning down a less popular trail and off-shooting into the woods, which added an additional two miles to our loop. We were thankful for the shade. It is lovely hiking in the marshes, but boy the sun is hot and there is no cover out there. It was deliciously cool under the trees.

Once, when we were passing by a couple of fellow hikers, we were all surprised when something shrieked noisily and rustled the grass right next to us. We all jumped. We had no idea anything was there! At first everyone wondered what it was because we could not see through the dense grass, but an enormous bird flew away shortly thereafter, so we deduced that he had caused the ruckus. A family day trip is never complete without a memorable adventure, and this certainly was memorable!

The entire loop, while seemingly long, was relatively easy because it was all flat. It took us just under six hours, including breaks, to hike the entire course. By the time we made it back to the bathrooms at the beginning of the marshes, it was considerably more crowded than when we had first arrived. There were a surprising number of groups of school age children, all on a field trip for the day with their various tour guides. From what little I overheard and what fewer snippets I understood, I learned a little bit about the marshes. I gathered that they were formed because whenever it rained, most of the runoff collected in a vast pool surrounded by the mountains and could not evaporate completely before the next shower.

Now it was time for the most difficult part of the day: hiking back up the trail we descended in the beginning. It was hard work because our legs were tired, but we made it up in one piece. We caught another taxi down to our car and ate a late lunch on the way home. We had hiked a total of twelve miles. It was a grand and memorable day. Experiences like this serve as a reminder to us of the enriching power and beauty of the earth and its Creator. 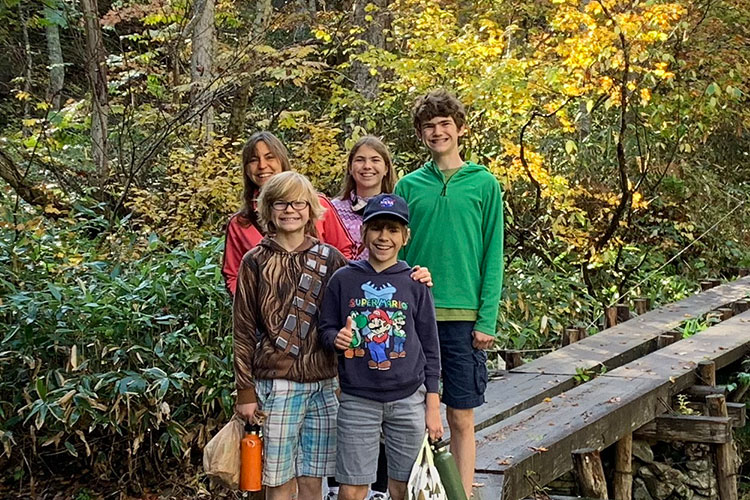 If anyone is looking to learn more about hiking at Oze National Park, here are a couple websites: 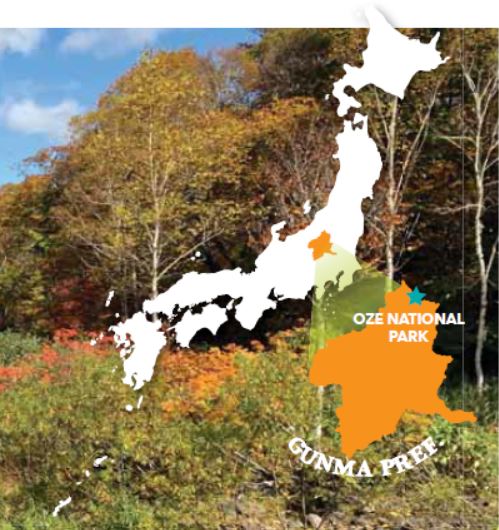 Beloved Wife’s Hill in Gunma: Shout your love in the cabbage fields

VIDEO| Speakin’ Japanese lesson: It's a splendid view, isn't it?