Horakuan Temple, a Rinzai Zen Buddhist Temple established by German-born Dorothee Eshin Takatsu, is situated in Suzaka, an area that doesn’t see many foreign tourists. I consider myself fortunate to have the opportunity to discover the charm and beauty of Horakuan, built on the former site of a 15th-century temple destroyed by a fire.

I found Horakuan as a result of my dealings with bouts of social anxiety, a negative body image, and struggling to maintain an almost-too-full calendar. I was having trouble setting aside time to engage in self-care and doing household chores felt like climbing a mountain - the laundry and dishes piled around literally resembled one.  I also was feeling a bit down because I had been lured into the modern unholy ritual of late-night mindless social media scrolling and comparison games, while a Netflix show drones on in the background.

Having never taken a meditation retreat before, it felt a little self-indulgent, but I was also seeking out an “only in Japan” type of experience and a break from my unfulfilling routine.

Admittedly, the Zen retreat at Horakuan Temple is not completely without Western influence, as the Zen priest, Takatsu, is from Germany originally. However, she has been residing in Japan for 40 years, has been ordained for the past decade and is married to a Buddhist monk, something I only recently learned was possible in Japan. Plus, she has an aura about her that felt like the physical embodiment of burning incense, so I wanted to listen.

While each retreat at Horakuan Temple is custom-tailored and can be curated to what visitors want to learn, I will be sharing my itinerary and some of the interesting things I learned about Zen, my host and dojo life. 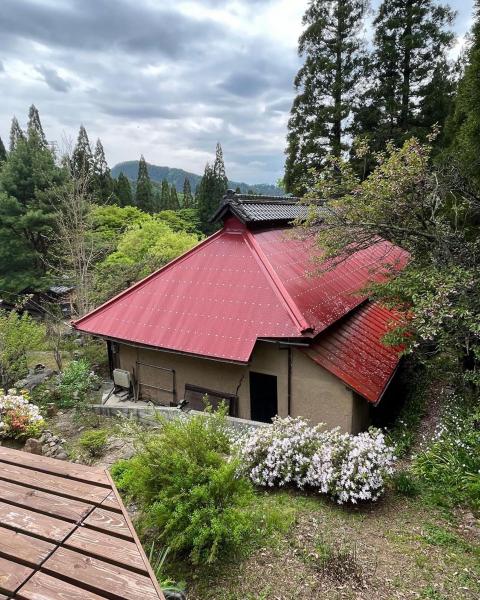 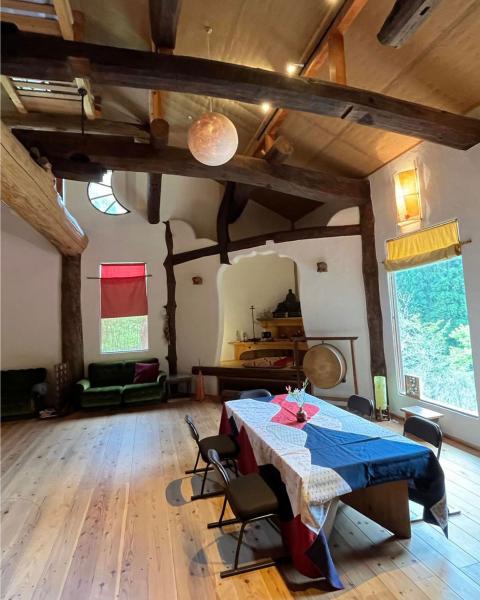 After marveling at the beauty of the enchanted fairytale-looking temple and farmhouse and snapping a few photos, the first thing I did upon my arrival, at Takatsu’s request, was hand over my phone to be locked away for the majority of my three-day stay. We then had tea outside overlooking the mountains and she told me a little about herself.

Intrigued by Japanese culture from a young age, and wanting an identity separate from her twin, Takatsu first came to Japan on a one-year scholarship to study Japanese in Tokyo and do research on her thesis on Japanese lathe workers in the Edo period. She then returned to teach German two years later. Even though on paper she had accomplished her dream of living in Japan and was teaching full time, she didn’t feel complete in Japan’s oft-conformist society.

“I felt like I was always chasing after the next development,” Takatsu said. She longed for her own identity in which she felt untethered and was in touch with some deeper meaning.

Then she met a Rinzai priest from Kencho-ji Temple in Kamakura, the oldest Zen monastery in Japan. She was instantly intrigued by his energy, in a similar way that I felt instantly intrigued by hers: so sure of herself, wise but unpretentious, open but not babbling, careful but against the status quo. A vibe of someone who I just completely trusted to hand over my phone to.

She gave up her comfortable job to become a pupil of Zen in 2004 and purchased the property, which was nearly dilapidated at the time. After bringing in architects and designers who specialize in temple restorations, she opened Horakuan about 10 years ago as not only a sanctuary for her own family, including a son who is also a priest, but to lead workshops and retreats.

We walked the grounds and gardens and then had dinner. All the meals at Horakuan Temple are vegetarian and freshly prepared by Takatsu’s husband Takamichi.

Takatsu then gave me a teaching on intuition, how easy it is to become separated from it and lose our unique inner voice, how tempting it is to pass judgment on things for being “good or bad” rather than just being, including things like weather, food, experiences and ourselves.  She said judgments like these are actually a reason why it is hard for some people, especially in the Japanese work culture, to carve out time to do a retreat like the one I was on.

“People often, at the beginning, feel guilty for taking time for themselves,” she said. It was feeling I strongly related to.

We ended the night with a meditation, partially one that Takatsu guided and partially Zazen, the practice of being so in the moment and in the breath that you reach a point where your mind has no object at all, the opposite of most of our constant-fleeting thoughts.

It was hard for me to not let my mind wander to how I was going to write about Zazen in my article. But when I did come close to reaching it, it felt like being bathed in warmth.

I was awoken early by the chiming of temple bells, the first time something other than my phone alarm rang in the day since Army Basic Combat Training almost a decade ago. I met Takatsu, who was clothed in traditional robes, for a silent meditative walk. Before we set out, she told me to only focus on the earth’s texture under my feet and the sounds like the brook and the breeze. It was my first time in recent memory taking a walk through a forest where there was true solitude and not polluted with the sound of passing cars from nearby highways or hikers.

After the walk, Takatsu led me through chanting and a Zazen session, still struggling to reach that state of complete stillness through anxious thoughts but very grateful to be trying and learning.

We then did Samu, physical work needed to maintain the temple that is also practiced in monasteries. While it is easy to think of this as a chore or paying to do labor, monks consider it another opportunity for meditation and gratefulness and the concept that you must give in order to receive. As Takastsu said, the wind, rain and sunlight naturally nurture a tree, but the seed must first be planted.

There was a part of me that became fully aware, and therefore a bit guilty, of the privilege I have of being part of a demographic who can pay to labor rather than having it be a forced task for my livelihood. But, Samu also carries a cultural connection that makes it special to practitioners of Zen.

I chose tending to the garden for Samu. The rest of the day consisted of journal prompts and writing poetry, drawing, and Zen tarot reading. I also created a mandala, a geometric pattern with spiritual significance in Buddhism and Hinduism, out of flowers from the garden. 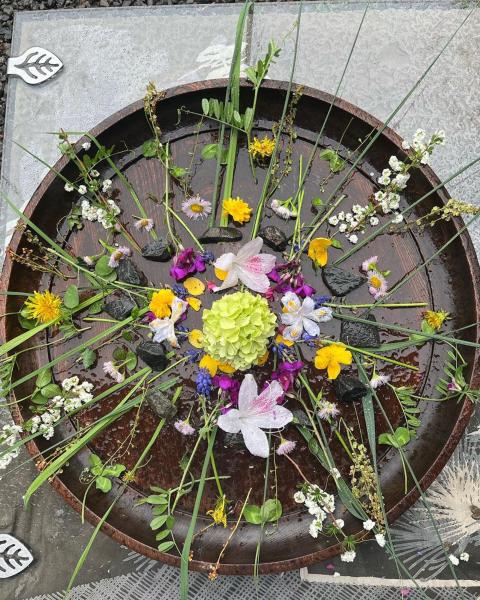 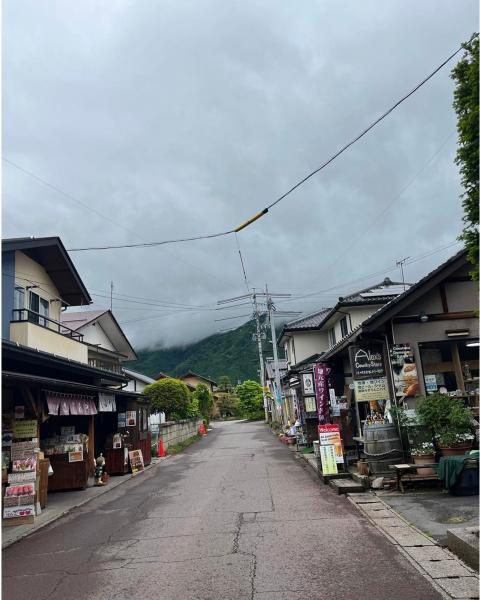 The third day was similar to the second, and I was starting to feel myself improve on staying in the moment and not letting my mind drift so much during meditation.

Takatsu gave me a Chinese oracle reading, and then it was time to pack up and leave this ethereal secluded haven I had already grown so comfortable in. I wish I could have stayed a day or two longer as it was one of the most therapeutic experiences I have ever had.

I am someone who travels a lot, but even in a beautiful locale, I can feel chaotic or a need to rush and pack in as much as possible. Even though Zen values the importance of hard work, it also values stillness, something that modern society tends to shame.

But in stillness is a pursuit of answers and clarity, and I left having written some of the best poems I have penned since college, a determination to clean my home and a refreshing sense of peace.

The experience made me realize how many distractions we truly have, how hard it is for me to focus and pay attention even once all those are stripped away. It also made realize how hard it was to not always be thinking about the next activity, or work (like writing this story) or unknowns.

Since my temple stay, I’ve been trying to incorporate meditation into my daily life and treat my living space as a temple with Samu tasks every morning. But I think the most important takeaway from my stay, is to shift in values from external influences and worrying about what others think of me, to relearning who I am, as cliché as that sounds.

Horakuan Temple is inviting of people of all kinds, whether meditation is a daily practice or you are simply culturally curious as I was. Guests can book stays for a minimum of two and as many as six nights for individual or group retreats.

There is also a local yoga teacher who can be booked for an additional fee. Sadly, she was attending to a family emergency during my stay.

Horakuan Temple also offers day programs, but I think that if you are taking a long journey to get there (it’s about a three hour drive from Tokyo) that it is worth staying overnight.

The temple does not offer retreats in the winter as the snow makes the paths inaccessible.

Retreats are about $100 per night, but prices vary based on customization of your experience.

There is also a completely silent option for $70 per night, but that is recommended only if you are already familiar with zazen and Buddhist practices.

Horakuan Temple is only about a 15-minute drive from the town of Obuse, known for its chestnuts and quaint village streets. I recommend stopping by for some further reflective walking and some chestnut treats before making your way back home.

Horakuan Temple is also accessible by train, and Takatsu can pick up guests from Suzaka station.

Hours: Retreats and day programs are by reservation only
Address: Horakuan, 1937 Toyooka Kanmachi, Suzaka City, Nagano Prefecture
Getting there: about $30 each way in tolls from Tokyo, or about $70 on the Shinkansen from Tokyo station.
Website

Hotaka-jinja: An impressive Shinto shrine in the Nagano countryside

Instead of Tokyo, hop a train to Kawagoe to experience a mix of historic, contemporary