Snapping artsy shots of factories at night is a trendy activity among Japanese these days. The artificial, somewhat surrealistic views of the various shaped factories created by lights, the orange of fire and grey smoke from chimneys, together with a backdrop of a port with gigantic tankers and cargo ships is considered “cool.”

About a one-hour drive from Yokosuka Naval Base and Camp Zama, and situated between Tokyo and Yokohama, Kawasaki City forms the center of the nation’s largest Keihin industrial zone, and offers an ideal location to enjoy unique night views.

The Kawasaki factory area was expanded to 7,000 acres with the addition of seven artificial islands, which accommodate more than 50 large factories and 15,000 workers. The factories include power plants, petrochemical complex, steel manufacturing facilities, along with oil and gas refineries.

Many probably remember Kawasaki as a symbol of contaminated air, polluted water, unbearable noise and disease. In fact, in 1970s, more than 4,000 Kawasaki residents were killed due to contamination-related diseases.

To cope with the environmental pollution, Kawasaki City established a pollution monitor center and research laboratory, implemented antipollution measures and then enforced it by signing an air pollution prevention agreement with 39 major factories in the district. The agreement introduced “steam net” (reuse generated steam in thermal power plants among neighboring factories) and eco-town project aiming at zero emissions and the reuse of industrial wastes, according to Kawasaki City.

When I recently visited the industrial area for the first time in more than 30 years, the area was clean, free from the stench of exhaust, smog and soot.

A 30-minute bus ride from JR Kawasaki Station to the factory area provided a fun and cheap tour of some of the unique structures and buildings. Because the area is made up of islands, the bus went through underwater tunnels from island to island. The trip is pretty unusual, and I’d highly recommend it. 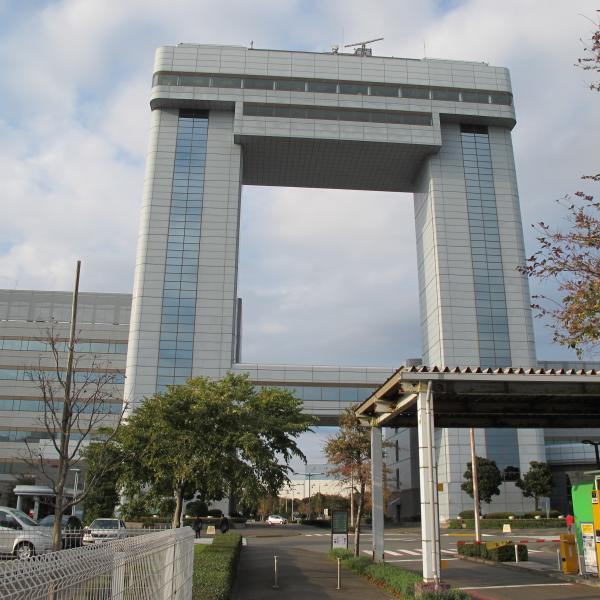 Located in the center of the industrial area, Kawasaki Marien is considered one of the best night view spots in the district, and was nominated as a Japan night-view heritage site in 2014. The community facility offers various types of conference rooms, a gym, tennis and beach volleyball courts, and bicycle trails for free.

The observation platform on its 10th floor (167 feet high) provides a panoramic vista of the entire Kawasaki factory area; packed with power plants, chemical and metal factories and oil refining factories. I saw a large container ship was berthed to the port where thousands of cars were parked waiting for their loading.

The 5-meter wide georama on the observation deck showed me actual aero view look of the industrial zone, and that helped me to recognize each factory when I checked out from the deck.

As the sun began setting, photographers came up to the observation platform for night view. The night view of the factories was almost unearthly and eerie, which reminded me of a gigantic spaceship from a sci-fi movie.

If you make the trip for some unique photo shooting, be sure to bring a tripod and telephoto lens to capture the surreal views.

Purify your luck at Kawasaki Daishi 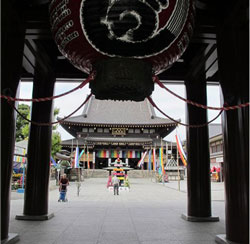 Heikenji Temple, aka Kawasaki Daishi, is one of the most popular Buddhist Temples in Kanagawa Prefecture and a must-see attraction in Kawasaki City.

This temple draws about 3 million visitors annually for a traditional New Year’s visit – the third largest in Japan. To transport visitors from Tokyo to the temple, Keikyu Railway, the oldest railway company in Kanto Plain, started its operation in 1899.

Since its foundation of 1128, the temple has been known as a sanctuary to ward off evil fortune.

According to Japanese tradition, ages 25, 42 and 60 for men, and ages 19, 33 and 60 for women are supposed to be unlucky years. Because the temple is believed to ward off evil fortune, people of these ages visit there to pray. If you are of age, you may want to visit the temple to ward off your unluckiness.

Although I am not at an age of unluckiness, I visited the large Buddha statue in majestic main hall, put my hands together and wished for even better luck.

The main hall, main gate and octagonal five-story pagoda of the temple were majestic and worth checking out.

A temple approach to the main gate was lined with restaurants and shops selling all kinds of souvenirs and colorful daruma dolls. Shop staffers repeatedly offered me rice cakes and sweet tea, which I could not resist, and sampled them on the way out.

Located just a five-minute walk from the temple is Wakamiya Hachimangu Kanayama Shrine.

Having been created to enshrine the gods of blacksmiths and fertility, the shrine is said to provide the blessings of business prosperity, fertility, safe and easy delivery, marriage, marital harmony and warding off venereal diseases.

To my surprise, there were many colorful figures of male genitalia in the field of the shrine. In front of a hexagonal black iron-plated shrine hall, I found letters of people wishing - “May we have a child,” or “May I marry someone.”

During Kanamara Matsuri (iron penis festival), held in the shrine garden annually on the first Sunday of April, three portable shrines of male genitalia are carried by hundreds of people, drawing international interest.

Test your luck at Kawasaki 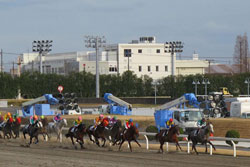 Downtown Kawasaki, near JR Kawasaki Station, is packed with countless restaurants, bars and various cultural facilities, such as Muza Kawasaki, one of the finest symphony halls in Kanto Plain and La Cittadella, a district built to reflect an Italian town. The district is beautifully lit and the outdoor stage offers a live jazz performance in the evening.

Strolling along these busy downtown streets, you will come across the Kawasaki Keibajo horse track, an exciting site to test new-found luck.

Since last year, like many other activities, horse tracks are another unfortunate victim of the COVID-19 pandemic, as most of races are held without spectators, except for some designated seats.

When I visited the racetrack before the pandemic, anyone could enter the park for 100 yen ($0.80). From 10 a.m. to 5:30 p.m. you can watch 11-13 races. On some days, night races are held until 9 p.m. Spectators can watch from outdoor and indoor bleachers, or they can sit in special box seats for an additional 1,500 yen. Hopefully soon, spectators will once again be allowed at the horse races.

So, I inserted a 100 yen, walked through the automatic gate, passed through a tunnel that led to the observation deck where thousands of people, mostly men in their 60s or older, sat in the outdoor bleachers, busily studying and marking their programs with red pens. Soon, the next race started with the roar of the crowd. Thirteen horses bolted out of the starting gate at once, galloping along the one-mile track at breakneck speed for less than two minutes.

Horse racing in Japan is a publicly managed industry. The cheapest racing ticket costs 50 yen or 100 yen, depending on the racetrack. Fortunately, the horse we bet came in first, and we won 140 yen. If it were a “tansho” ticket, which only pays if your horse comes in first, we would have won 300 yen. A “sanrensho-tanshiki,” or trifecta ticket that requires picking the first three winning horses in order, would have paid 8,750 yen.

If you’re feeling lucky, there is the “triple-tansho,” where you to bet on which horse will come in first for three designated races. Recently, one of these 50 yen tickets at Ohi Race Track (aka Tokyo City Keiba) paid out a record sum of roughly 74.8 million yen ($623,000). Are you feeling lucky?

A taste of Korea 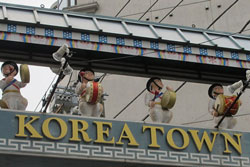 Situated between JR Kawasaki Station and the coastal industrial zone, Korea Town has been developed with Korean immigrants between 1920s and 1940s. Many of their descendants run Korean barbecue restaurants and grocery shops in the district.

After getting off the bus at the Yotsukado stop and walking through a quiet residential area for three minutes, I reached Korea Town. The tall gate with dolls of musicians in Korean attire and gold lettering of “Korea Town” told me I was there.

While strolling along a half mile street, I saw a few Korean restaurants and grocery shops. The street was quiet and most of restaurants were closed, likely because it was a weekday afternoon.

According to staffer at a restaurant in town, there were more than 100 Korean shops and restaurants on the street.

“Our parents introduced the culture of sampling barbecued offal here in Japan,” the staffer said. “It was cheap and nutritious, and become popular among labors in Kawasaki factories.”

The population of Kawasaki peaked in 1973. Since then, about 100,000 residents have moved out due to the drop in the number of factories. The number of shops and restaurants has also decreased over the years.

If you want to sample Korean dishes for reasonable price, however, this town can’t be missed, as most of the restaurants have a strong reputation. You can pick up some authentic kimchi and other Korean foods at the grocery stores in the town, as well.

In middle of April, Korea Town hosts “Korea Town Yakiniku Fest,” and most of the restaurants offer 30 to 50 percent discounts to their menu items.

‘Undertouristed’ areas outside Tokyo you should visit in Japan