Summer in Japan can’t go on without Bon Odori!

Had it not been for COVID-19, this would be about the time you’d see many people sporting their summer kimonos around the city and at festivals. The tradition is part of Bon Odori, which run from July to the end of August.

Bon Odori festivals, which are usually held on shrine, temple or public square grounds, are important events that bring communities together. Although today’s Bon Odori festivals only last a few hours, when they first started hundreds of years ago, they were overnight events held to entertain ancestors’ souls which were believed to be staying with their family for Bon period. Back then, the festivals were held July 15-16 following the lunar calendar. According to the lunar calendar, the 15th of each month there is a full moon, which allowed people dance overnight under the bright moon light.

Bon is a traditional festive period to honor and entertain ancestors’ souls. As the current solar calendar is about a month behind the lunar calendar, today, Bon is observed Aug. 13-15 in most regions.

Japanese usually set up shoryo-dana (festival altar for souls) and clean up family tombs to prepare for Bon. When the Bon period begins on Aug. 13, families light up their lanterns or make a small bonfire, called mukaebi (welcoming fire) at the entrance of their homes to guide and welcome ancestor’s souls.

The Bon period is a family-oriented time where children return to their parent’s home to celebrate. On Aug. 16 or couple of days later, another bonfire, called okuribi, is made to see off one’s ancestors.

During Bon, you may see a square altar displayed in Japanese homes. This is Shoryo-dana (festival altar for souls), also known as Bon-dana and is used to place pictures and other items of the deceased, as well as an incense burner.

Also, some families make a small horse out of a cucumber and a small cow of out of an eggplant. The legs are made of chopsticks or matchsticks. These are called Shoryo-uma (horse for souls). Usually they are placed with an incense burner outside of the entrance of a home on the first day of Bon to welcome that ancestors’ souls.

It is believed that the souls come back home quickly on a cucumber horse, tracing the trail of incense, and leave later slowly on an eggplant cow. The horse and cow are placed on altar on the second day.

People will display lanterns, flowers and food items around the altar.

To enjoy the festival atmosphere, why don’t you try wearing yukata, a casual summer kimono usually made of cotton, linen or synthetic fabric. If you don’t want to spend a lot of money on a yukata, you can find inexpensive ones at most department stores or your base exchange. You won’t regret wearing a yukata, especially on a hot summer day. It’s also a great souvenir for family and friends. Usually yukata are worn at Japanese traditional outdoor summer events, such as a natsu-matsuri (summer festival) and hanabi (fireworks) festivals. 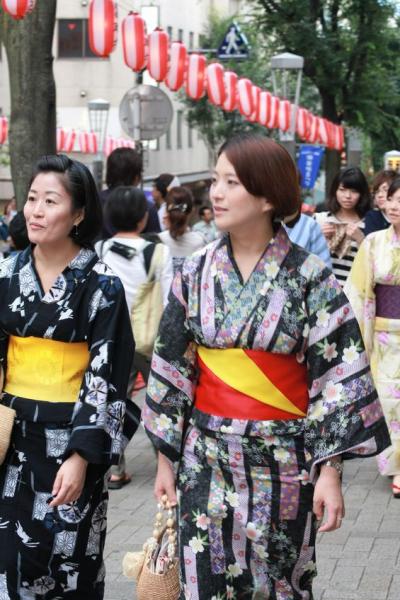 Nowadays, Bon Odori festivals are held throughout July and August, depending on each community’s schedule.

Usually, this period means big parties with lots of food, traditional dances and other performance, festival games like kingyo-sukui (goldfish scooping) and shateki (a shooting game), and lots and lots of people. The events are set up early in the day and by sunset, paper lanterns are illuminated and taiko drums reverberate in many neighborhoods and districts around the country.

However, like last year, with the COVID-19 pandemic causing state of emergencies across Japan, most bon odori events have been canceled for 2021.

Some communities, however, are trying to keep the summer event alive with online events. The Tokyo district of Sendagaya will host an online Bon Odori Festival on July 16 from 3 p.m.- 8:30 p.m., while Jiyugaoka launched a special Bon Odori website that will be live from July 19- Aug. 8. Online events will include instructors dressed in summer kimono demonstrating Bon Odori dances at the vacant festival sites, which will be lit up by traditional chochin lanterns.

On Aug. 14-15, from 10 a.m. to 9 p.m., the Nakano Station Square Bon Odori will invite a limited number of participants the festival site to enjoy dancing, various stage performances, along with food and game booths. They will be live streaming the event on both days.

The people of Okinawa also have their own form of Bon Odori called “Eisa.” Like Bon Odori on mainland Japan, this festival is held during the Bon period to see off ancestors’ souls.

At Eisa festivals, young male and female dancers in colorful and exotic Okinawan traditional attire with hand drums and sanshin (Okinawan banjo), parade around the village, dancing, singing and chanting. Unlike Bon Odori festivals, spectators do not participate in the dancing. 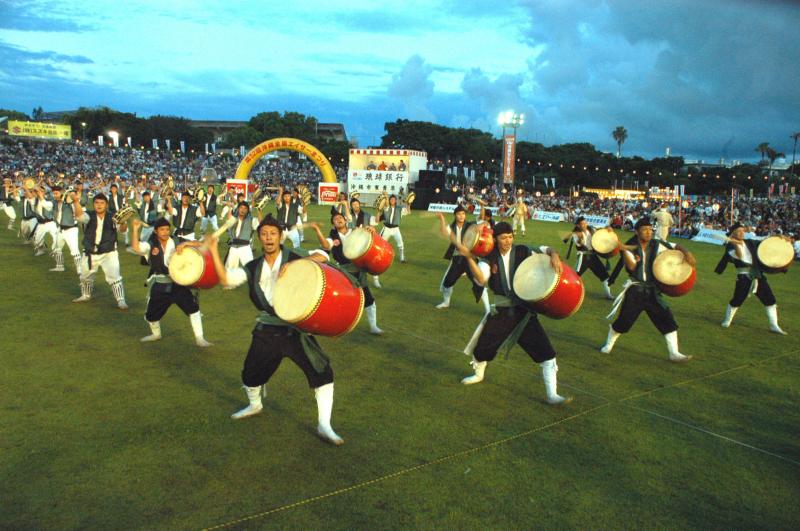