Perry and his Black Ships dropped by Shimoda after the successful signing of the Amity Treaty in 1854. He inspected the designated international port and determined 13 rules of usage of port and facility as an appendix to the Treaty.

To commemorate Perry’s visit and his achievement, Shimoda City hosts an annual Black Ship Festival in late May.

During the 3-day festival, you can see a historical reenactment of the signing ceremony and a parade featuring  people in classical American naval uniforms and kimono, as well as an open bazaar, concerts, a fireworks display and more.

It’s one of Shimoda’s livelier events and a celebration of the U.S.-Japan’s historical connection. 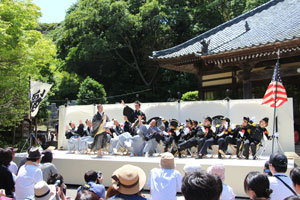 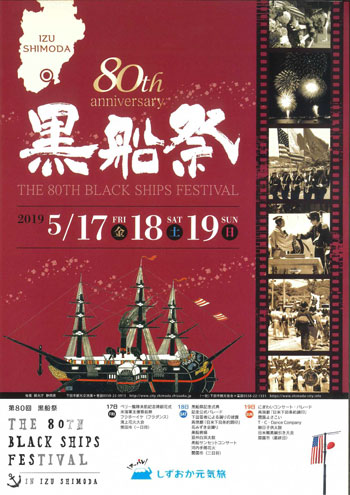 Other events on planning include: