10 major Japanese cities to put on your bucket list

10 major Japanese cities to put on your bucket list

Once you’ve decided to explore Japan, how do you choose which major cities in Japan to see? The truth is, there is no one-size-fits-all answer; it really depends on the preferences of each individual traveler.

Do you enjoy a high tech urban atmosphere with crowds of people or quiet solitude among nature? Would you rather shop for the hottest trends or visit historical spots? Swim among tropical fish or feed crackers to friendly deer?

Keep reading to find the perfect selection of major cities in Japan for your next travel adventure! 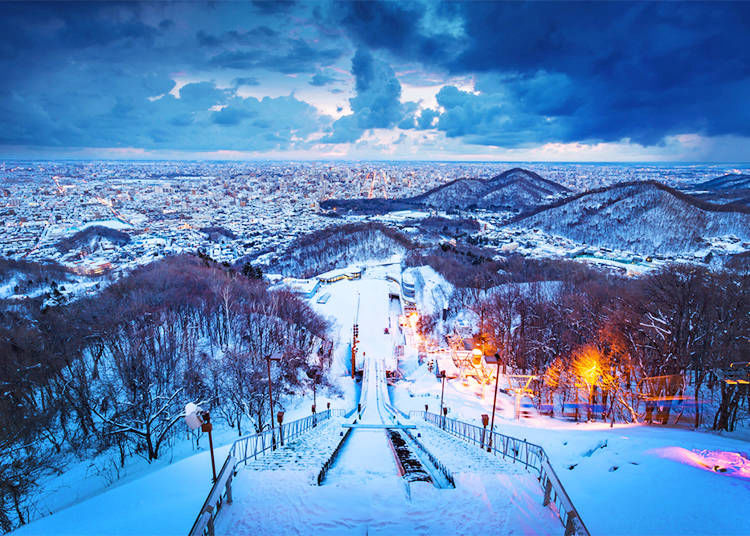 Of the major cities in Japan, Sapporo, in Hokkaido Prefecture, is Japan’s northernmost major city and the nation's fifth-largest overall. The chilly climate makes it the ideal destination for people who enjoy the winter season.

The city is the site of the famous Sapporo Snow Festival, an event held each February showcasing an array of marvelous ice and snow sculptures that is visited by about 2 million people each year!

Athletic types can visit the Sapporo Winter Sports Museum, which showcases the legacy of the 1972 Winter Olympics, or they can hit the slopes, skiing or snowboarding in one of the ski resorts near Sapporo. And of course, not to be missed is Sapporo’s delectable seafood cuisine, revered throughout Japan! 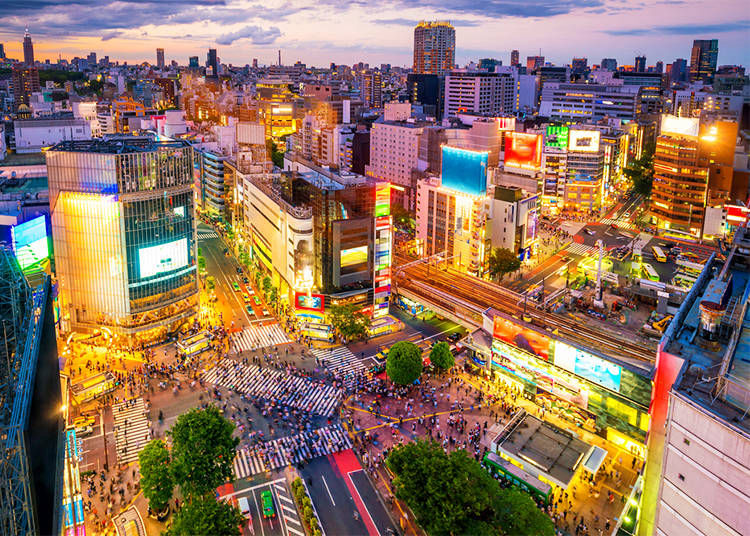 Quick Facts
Prefecture: Tokyo
Recommended to Travelers Who Like:

Tokyo inarguably is Japan’s most well-known city. The Tokyo Metropolis is made up of 23 Special Wards, home to upwards of 35 million people. It is also known for having the world’s busiest pedestrian crossing, known as Shibuya Scramble Crossing, and what many would say is the busiest train station in the world in Shinjuku.

Tokyo also is the center of otaku culture in Akihabara with a plethora of games, anime, and electronics shops; while the Harajuku and Shibuya districts are known worldwide for their contributions to fashion and kawaii (cute) culture.

However, traditional culture is still very much alive in Tokyo, with a number of shrines and temples throughout the city as in its historical Asakusa area, festivals held throughout the year, and also the world’s largest sumo stadium. 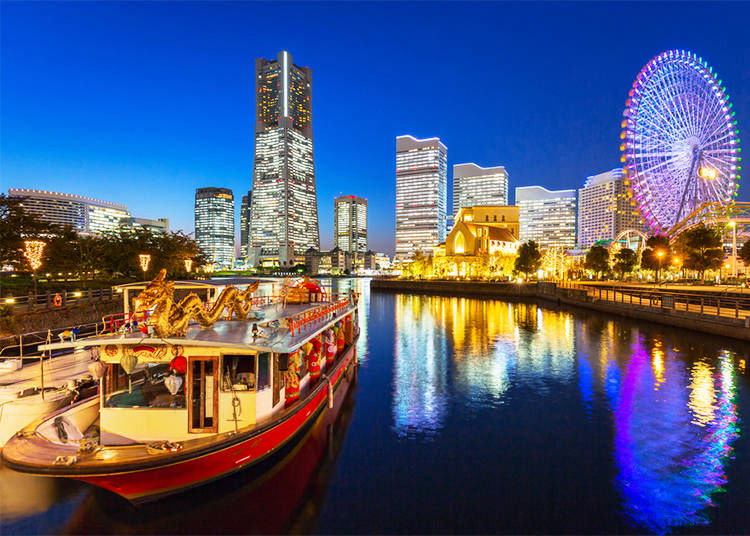 Quick Facts
Prefecture: Kanagawa
Recommended to Travelers Who Like:

Yokohama lies south of Tokyo, on the scenic western coast of Tokyo Bay. It is known for being Japan’s first port that officially opened to foreign trade in 1859. It’s not a stretch to say that international influences have shaped Yokohama’s character, from the city’s signature brick architecture to the famous Yokohama Chinatown that was formed by Chinese immigrants who settled in the 1800s.

Kanagawa is the city with the second largest population in Japan. Visitors to Yokohama can take in a scenic harbor view via waterbus or atop the iconic Ferris wheel, as well as enjoy various museums and shopping opportunities. 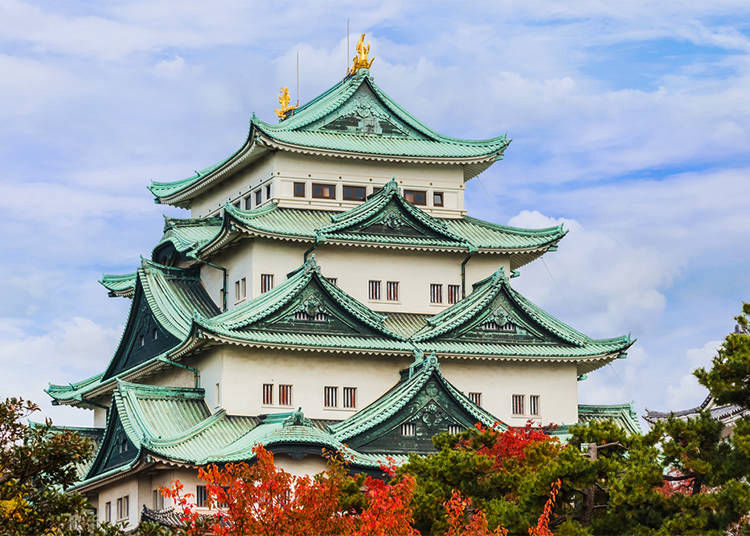 Quick Facts
Prefecture: Aichi
Recommended to Travelers Who Like:

Nagoya has long been the center of Japan’s automotive and aviation manufacturing, as well as a technological hub with a growing robotics industry. Visitors can explore Nagoya’s tech-centric side by visiting the Nagoya City Science Museum, the SCMaglev and Railway Park, or either of the two Toyota museums. In recent years, Nagoya has gained international fame for being the location of the World Cosplay Summit, where cosplayers from 20 nations worldwide compete in the World Cosplay Championship and participate in one of Japan’s most impressive cosplay parades. 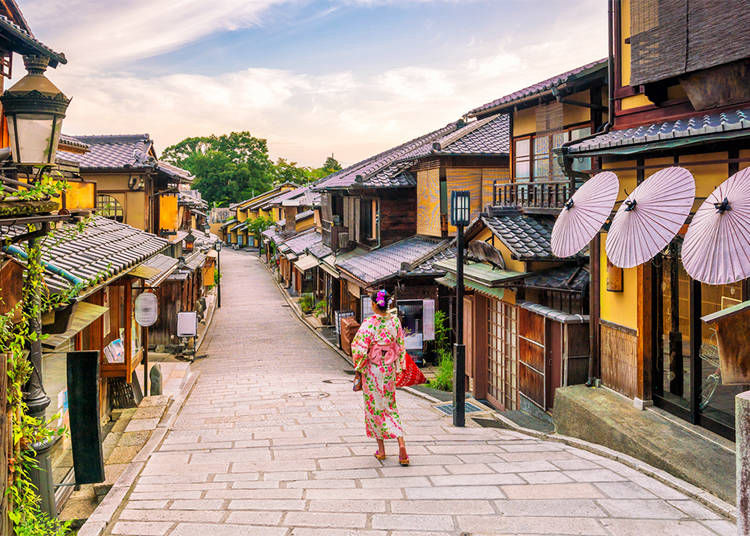 Kyoto was the official capital of Japan for over 1,000 years and remains one of the foremost destinations to experience traditional Japanese culture. The city has around 2,000 temples and shrines, including the “Golden Pavilion,” <@Kinkakuji|a:lj0009453@>, Ryoanji known for its zen rock garden, and Fushimi Inari Taisha, the shrine with a tunnel of 5,000 vermillion torii gates.

One of the most talked-about areas of Kyoto is the “geisha district” of Gion. While geiko (the Kyoto term for geisha) and maiko (apprentice geiko) are known for being elusive, if you are lucky, you just may encounter one of the kimono-adorned beauties taking a stroll!

Art and history lovers will also not want to miss the Kyoto National Museum, which houses over 230 designated National Treasures and Important Cultural Properties. 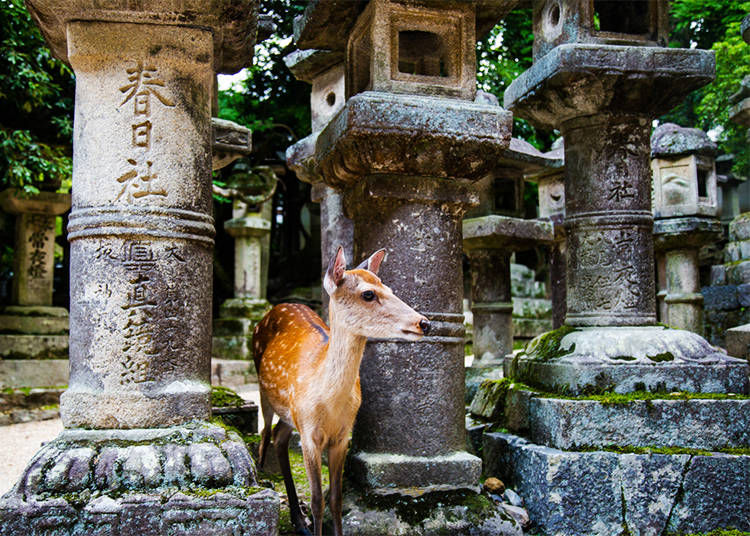 Nara, Japan’s very first capital, is another treasure trove of traditional culture as well as a place of natural beauty. It is the location of the UNESCO World Heritage Site “Historic Monuments of Ancient Nara,” which is made up of six temples and ruins, along with the Kasugayama Primeval Forest.

However, one of the things that Nara is most known for is its abundance of wild deer that roam the city freely. This is rooted in the ancient Shinto belief that deer are messengers of the gods.

Visitors have the chance to get acquainted with the local creatures by visiting Nara Park, home to hundreds of deer, who are known to bow to those feeding them their special “shika senbei” crackers. And if you want to check out Japan’s fastest mochi pounders, they are located in Nara as well at a shop called Nakatanidou.

Osaka is the largest city in the Kansai region and one of the largest in Japan, but what it’s really known for is its lively and colorful character, from its distinct dialect to its cuisine that has become popular throughout Japan. Osaka is a great place to experience a unique urban atmosphere, with entertainment for both adults and kids.

Osaka has one of the world’s largest public aquariums and is home to Universal Studios Japan. And no trip to Osaka would be complete without a visit to the entertainment district of Dotonbori, with its iconic neon signboards, countless restaurants, and amusement facilities.

Osaka also has places to enjoy traditional Japanese culture and history, such as Osaka Castle, Sumiyoshi Taisha Shrine, and even Bunraku puppet shows. 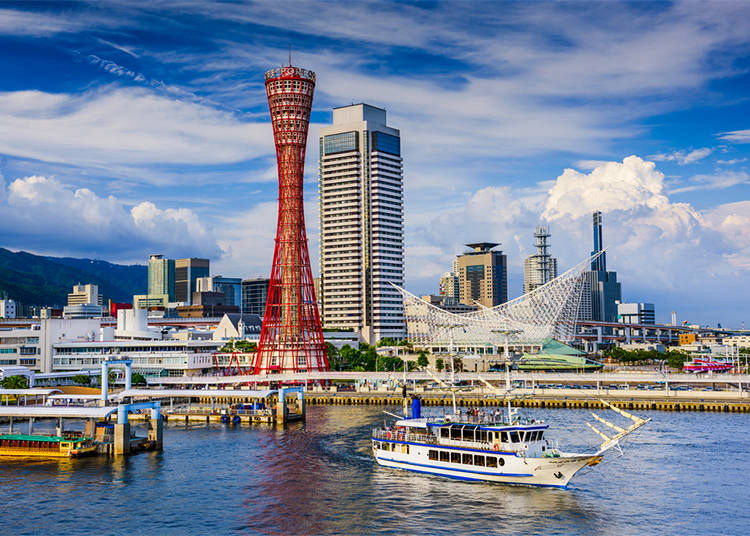 Kobe is a port city roughly 30 km west of Osaka. Just like Yokohama, it was one of the earliest cities that opened to foreign trade after Japan’s policy of seclusion officially ended. The name “Kobe” has become synonymous worldwide with the area’s high-quality Kobe beef. In fact, basketball superstar Kobe Bryant is said to have been named after the specialty!

The city also borders the Mount Rokko mountain range, which is a popular hiking spot and is next to one of Japan’s oldest hot springs, Arima Onsen. Another draw is the sake breweries in the Nada district, known for being among the best in Japan. Kobe was also one of the sites hit by the Great Hanshin Earthquake in 1995. The city has since become entirely rebuilt and the event is commemorated in the Kobe Earthquake Memorial Museum. 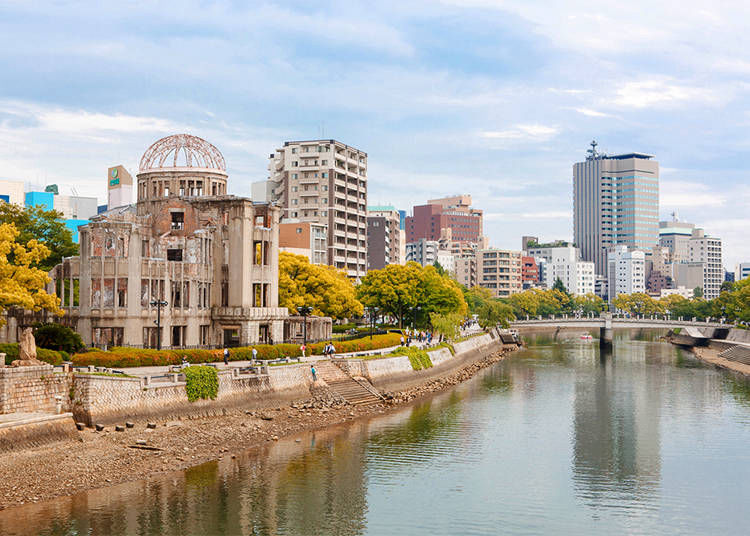 Hiroshima is the site where the first atomic bomb was dropped in 1945. Soon after, the city was also devastated by the Makurazaki Typhoon. Despite this tragedy, Hiroshima has since been rebuilt.

Many demolished monuments were reconstructed, as well as new ones reflecting its status as a “City of Peace,” which was proclaimed by the Japanese parliament in 1949. Hiroshima Peace Memorial Park has become a symbol of this reborn city. Other worthwhile spots to visit include Hiroshima Castle and Shukkeien Garden, among many other locations dedicated to peace and harmony. 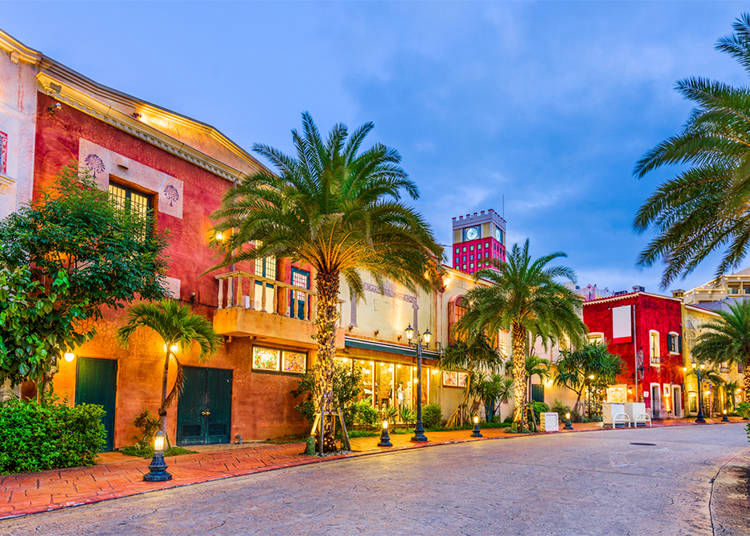 The last destination on our list is not actually a city! Because of its unique geography, it made sense to include Okinawa Prefecture as a whole. Okinawa is Japan’s southernmost prefecture, made up of 160 islands. It is known for its subtropical climate that is home to many rare species of plants and animals.

White sand beaches and clear, blue waters of colorful fish make Okinawa the prime place to visit for those interested in swimming, snorkeling, and scuba diving, while still exploring Japan. This collection of islands, known also by its older name, Ryukyu, have a unique culture of its own, which has been integrated into the more typically represented traditional Japanese culture.

Which Japan Destination Will You Choose?
So have you decided which city in Japan you would like to visit? Modern Tokyo? History-rich Kyoto? All of them? Whichever place you visit, you can be assured to find treasures in just about every corner of Japan!

Exploring Japan: Enjoy the snow, ice near you

It's a small world: Fun at Tokyo Disneyland, Disney Sea