In Japan, the “Jumbo Draw” heralds the arrival of each season with the dream of becoming a millionaire.

Unlike the Powerball and Mega Millions drawings in the U.S., the largest Japanese lottery is held only five times a year - each drawing coinciding with the changing of the seasons. With a first prize of 500 million yen ($5 million) per unit, “Jumbo Takarakuji” aka Jumbo Draws, start selling one month before the drawing. 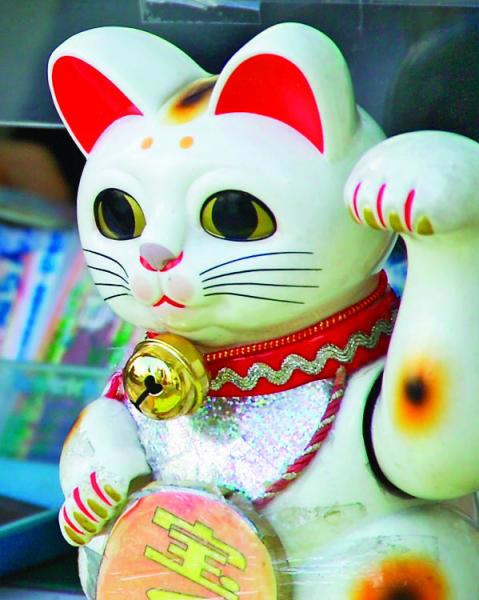 Public lottery shops, or chance centers as they’re called, are ubiquitously situated in train stations, banks, shopping malls and parks. From the northernmost main island of Hokkaido to the southernmost island of Okinawa, people flock to these shops, some likely near your installation.

“Keep buying Takarakuji and keep dreaming,” says Yoko Funasaka, housewife who runs a liquor shop with her husband in the center of Tokyo. “I’ll keep buying them, regardless of how low the winning probability is.”

Among the shops located throughout the nation, the Nishi Ginza Chance Center near JR Shimbashi Station in Tokyo is one of the most popular shops. Its left-most “Counter-One” has produced 490 first-prize winners, 78.3 billion yen of winnings over the last 30 years and is considered a sanctuary for lottery enthusiasts.

When a Jumbo Draw begins selling, the long lines of those dreaming of becoming a millionaire are often shown on newscasts.
“I feel as if I have to buy a ticket when I see the TV showing serious-looking people in a long line,” Funasaka said.

“It doesn’t matter how long I have to wait in line at the counter,” says Kunihiko Ishii, a Tokyo salaryman who typically will wait a couple of hours for tickets. “I feel the counter really helps enhancing my luck and leads me to a big win.”

As we know, the winning probability remains the same regardless of where and how the tickets are purchased. The fact that the counter has produced nearly 500 millionaires, only shows it has sold more tickets than others, as the more tickets it sells, the greater the chances of selling a winning ticket.

“I don’t care about the science, I just feel the counter has something special in terms of luck,” Ishii insists. “Just like visiting a Shrine or Temple to make a wish, I visit the counter wishing to be a millionaire.”

Besides the unique Jumbo Draw, there are also scratch-off tickets and Loto 6 or 7, which are similar to the daily lotteries in the U.S. These tickets range from 200 to 300 yen.

Japanese laws say the lottery will not pay out more than 50 percent of the total pool. In 2016, winners were paid 46.8 percent (396 billion yen), much less than other public games, such as horse racing (74.9). With such low odds, the winnings are tax-free, as they are considered to already have been taxed.

The odds may be slim, but the allure of life-changing money is what keeps drawing some back to the Jumbo Draw.

“As I see the economy of Japan stays slow and I don’t see any chance for my salary to rise in the future,” Ishii said. “So, there is no other choice to keep buying tickets, which I’m sure will ultimately make me a millionaire.”

“I may have won several million yen by now,” Funasaka said with chuckle. “I usually buy 10,000 yen of tickets, but I always put them in a drawer and forget to check the numbers.”

The selection of the numbers is also vastly different than that of the Powerball or Mega Millions in the U.S. In Japan, arrows are shot from a machine into spinning wheels with numbers on them. These arrows determine the winning two and six digit numbers. Celebrities, standing near the targets, shoot the arrows with the press of a remote button. 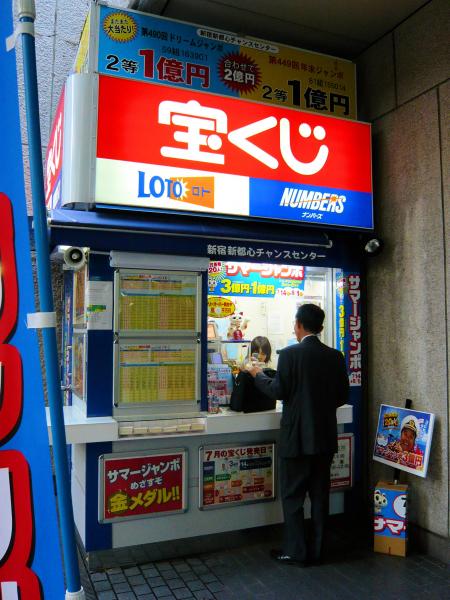 The history of public lottery goes back to July 1945 when the government issued “kachifuda” (literally victory ticket) as a fundraiser for military expenditures at the end of World War II. After the war ended, the government continued the lottery as an important revenue source for reconstructing public facilities in the post-war chaos.

Money raised goes to constructing public facilities, rebuilding after disasters as well as various social services for children and the elderly. The lottery brought in 786.6 billion yen in 2017, and 39.3 percent (309 billion yen) of that was used for social welfare, while 46.9 percent was paid out to the winners, according to the official site of public lottery. 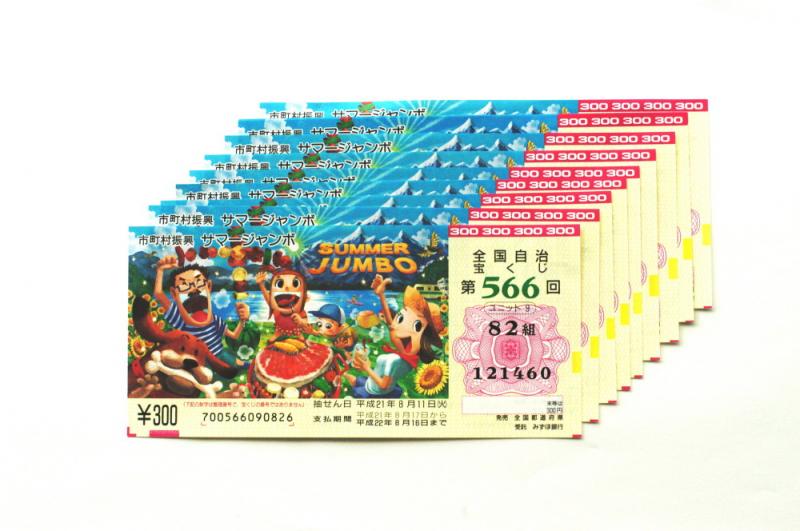 US personnel in Japan can join Olympic ticket lottery this month

Did you know?: Japanese lottery

Did you know?: Japan has its version of lottery