Nikujaga is one of the most common home-cooked meals in Japan.

As the Japanese name suggests, its main ingredients are meat (niku) and potato (jagaimo).

The simmered dish also includes sugar and soy sauce, giving it a delicate sweetness that permeates the ingredients. Nikujaga is loved by many as a main dish for lunch and dinner at home.

Although the food is now recognized as a taste of home cooking, Nikujaga’s origin is believed to have some ties to the Japanese Navy.

According to the Nippon Foundation, Heihachiro Togo, an admiral in the Imperial Navy, adored beef stew that he had while studying in the United Kingdom. In 1901, when he assumed the post of the first chief of Maizuru Naval District in Kyoto, Togo ordered his chef to replicate that beef stew. However, condiments necessary for beef stew such as red wine and butter were hard to come by in Japan at that time. To meet the demand, the chef managed to cook a dish by utilizing available condiments, which came to be known as nikujaga.

Although it was not quite the same as beef stew, nikugaja tasted good and provided some health benefits. The foundation notes that many Japanese sailors at the time suffered beriberi and scurvy during long voyages due to a lack of vitamins. The introduction of nikujaga, which is rich in vitamins and minerals, helped give the sailors a hearty meal while they recovered.

Others question whether Kyoto was really where the dish originated. Hot Pepper, a Japanese gourmet food site, says Togo was assigned to the port city of Kure in Hiroshima Prefecture during the time.

According to the website, there is a civil group in Kure which promotes the city as the origin of nikujaga, competing against Maizuru. Though there is no consensus on the location of origin, there is consensus on the dish being delicious and popular enough for two cities to want to claim it as their own.

If beef stew is your favorite dish, you may find nikujaga a little odd because the Japanese dish neither comes with a lot of broth, nor has a distinct flavor like the original dish.

However, it is easy to cook and good for your health. If you want to experience quintessential Japanese food, nikujaga is worth a spot on your list.

Let the homey taste boost your energy like it did for the sailors in the old days.

(Preparation) Wash potatoes and carrots and peel the skin off. 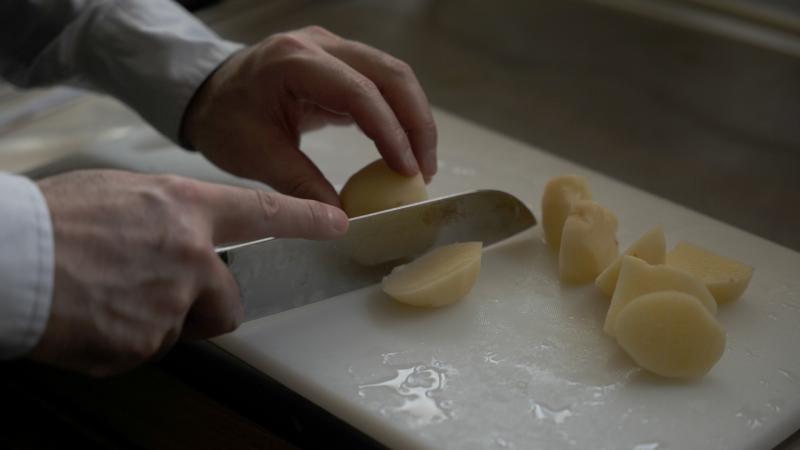 Step 3: Heat up oil in a frying pan and fry pork over high heat. 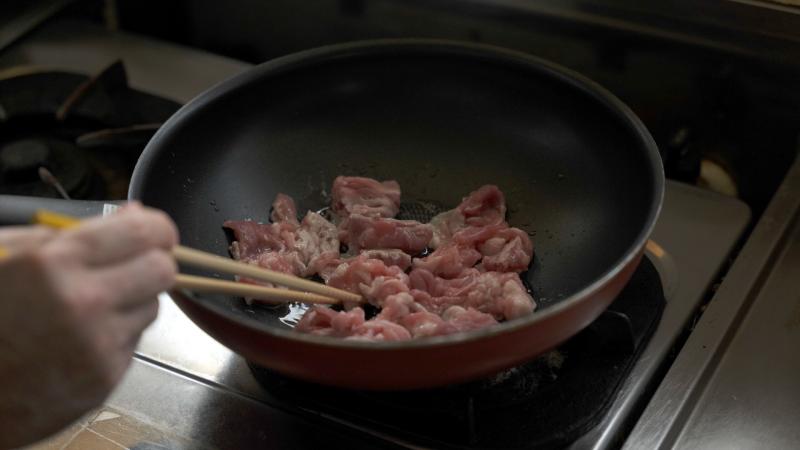 Step 4: Add the vegetables and fry them together with pork. When the oil spreads and coats all the foods, add sugar and water. 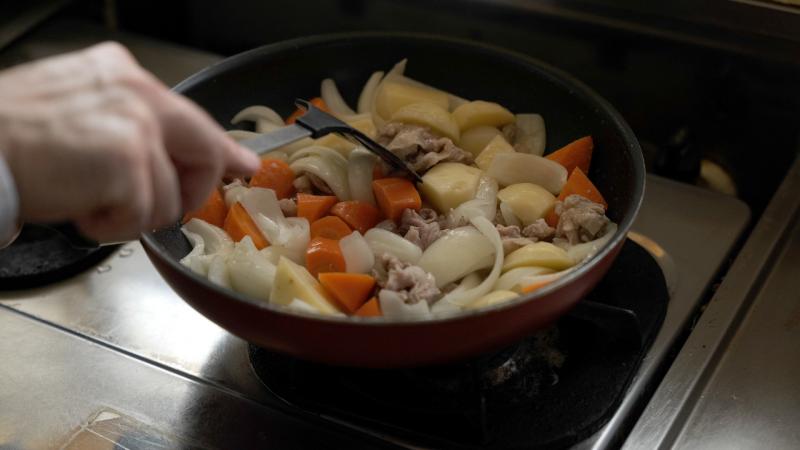 Step 6: The dish is complete when you can smoothly pierce potatoes and carrots with a chopstick.

*For an otoshibuta (drop-lid), you can use aluminum foil by folding or cutting it into a size a little smaller than your frying pan. 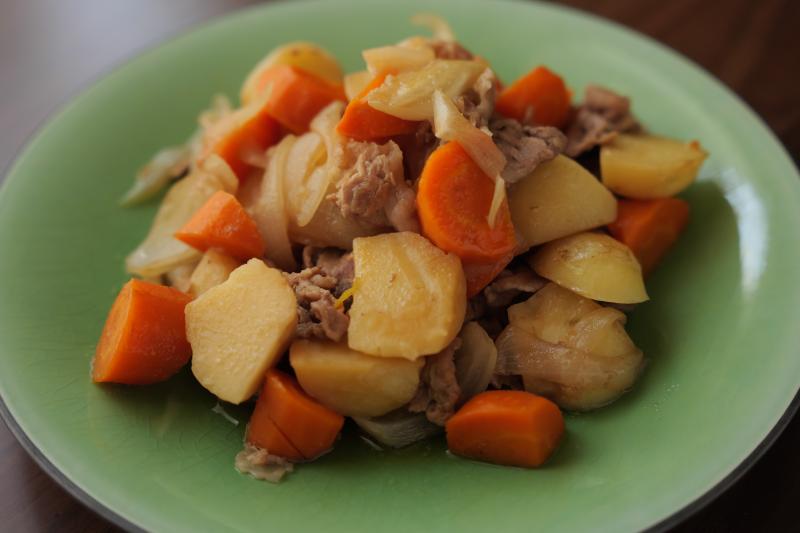 VIDEO: Japanese Kitchen: Spice it up with Mapo tofu