Calling all Harry Potter fans! Tokyo’s Akasaka Station, and the shopping street directly behind it, has been transformed into a wizarding wonderland themed after the franchise. So even if your Hogwarts acceptance letter never came, you can still visit Diagon Alley.

The stairs inside the station and the small shopping center surrounding it are completely decked out in Harry Potter theming — including a café, costume display, and specialty store — to promote the Akasaka ACT Theater’s production of Harry Potter and the Cursed Child premiering July 8. 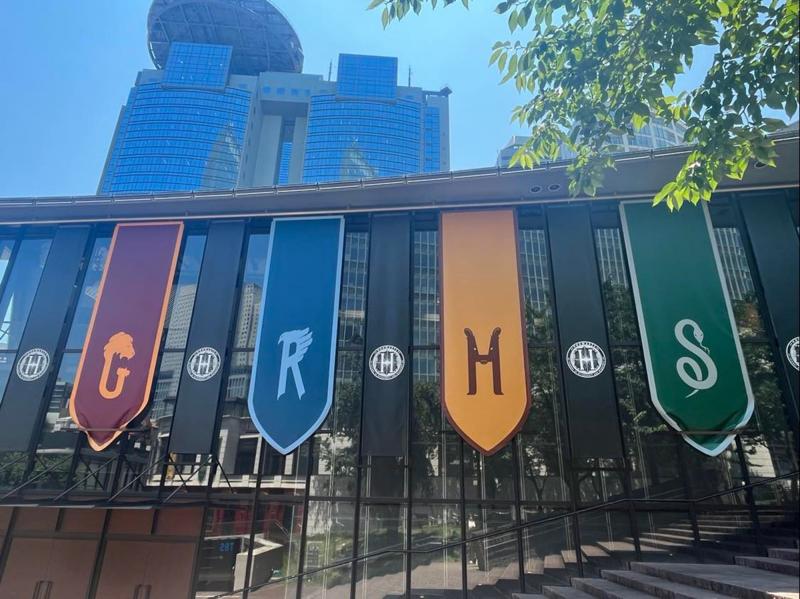 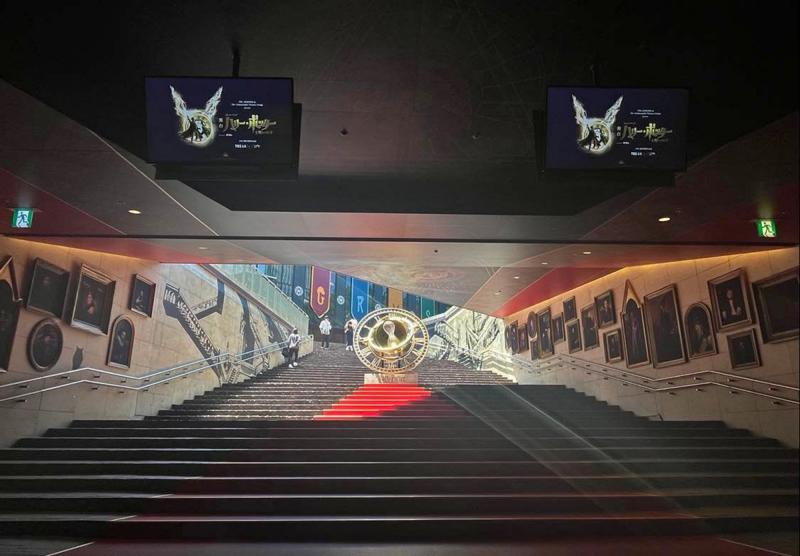 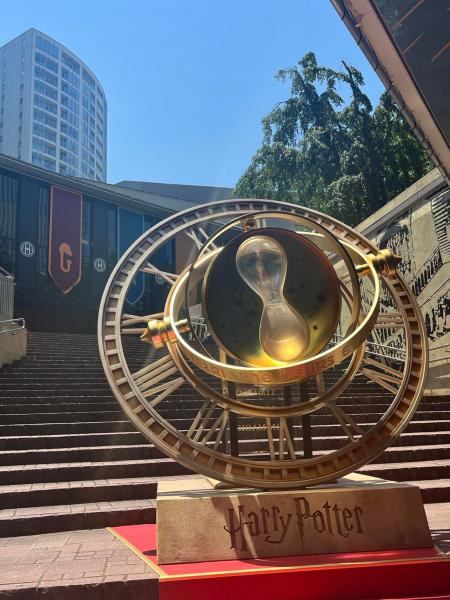 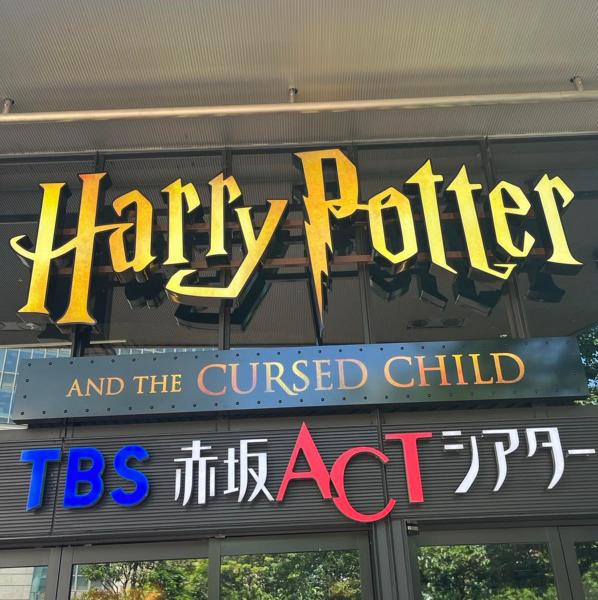 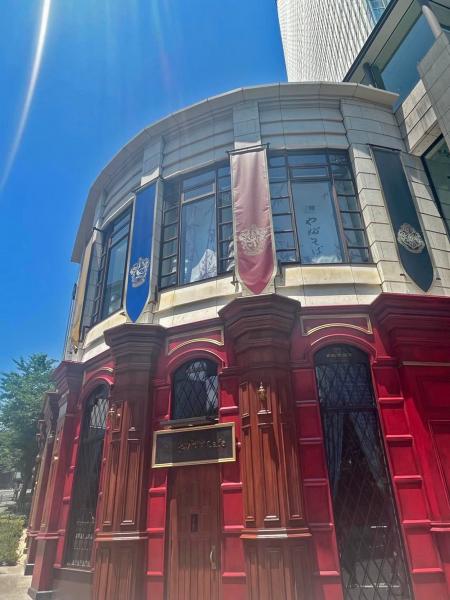 The area’s magical facelift debuted June 16. A closing date for the Hogwarts motif has not yet been announced but will likely correspond with the play’s 10-month run.

The journey starts with the staircase connecting the train station to the theater, lined with over 40 portraits of witches and wizards from the series and featuring a massive time turner as its centerpiece. Once above ground, visitors are met with the sound of John William’s whimsically melodic score and the sight of house banners representing Gryffindor, Ravenclaw, Hufflepuff and Slytherin draped over the buildings as if for a Quidditch match. The path then leads to more immersive pop-ups including the Harry Potter Café and a memorabilia shop. A statue of Hedwig, Harry’s beloved owl, is perched on the shop’s rooftop. 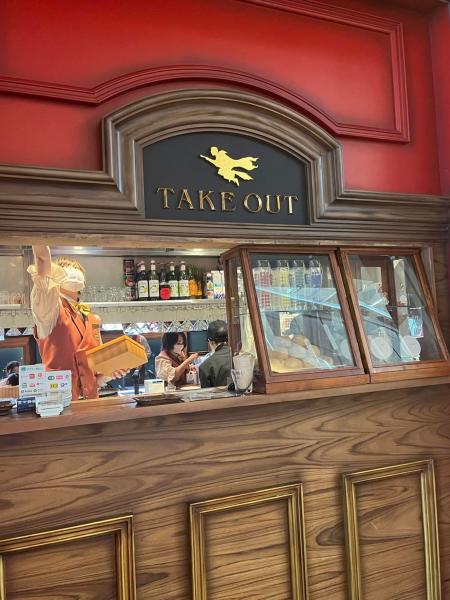 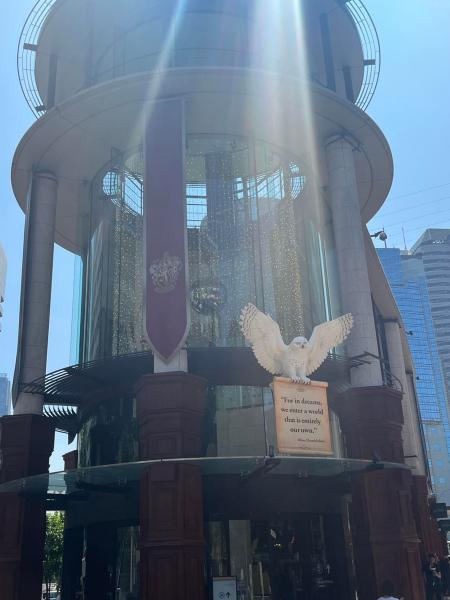 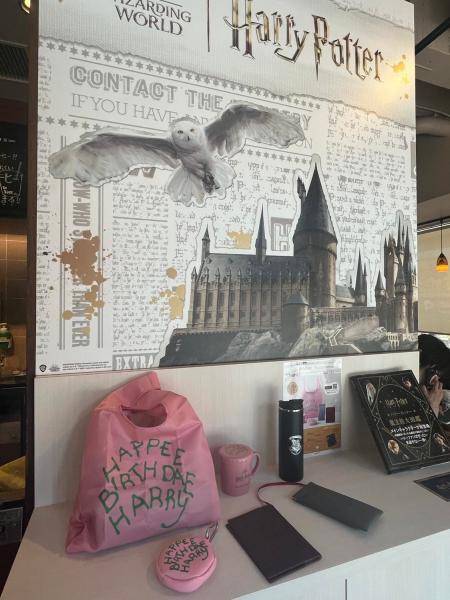 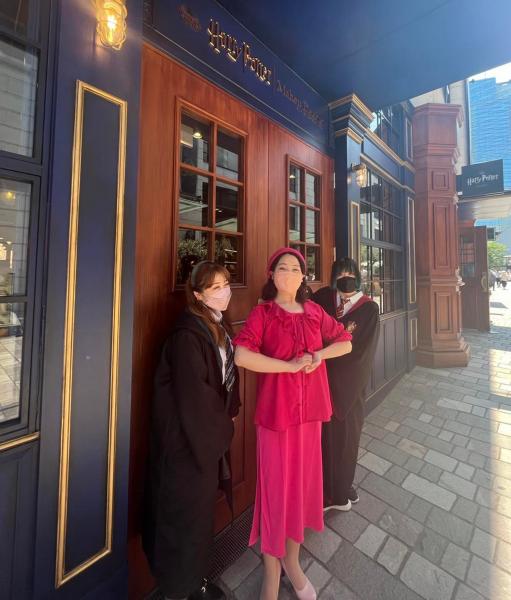 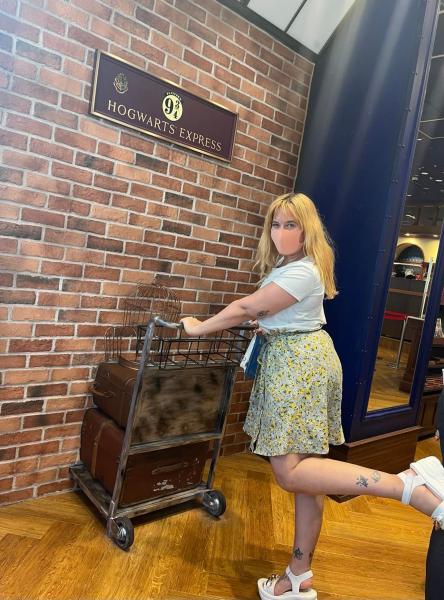 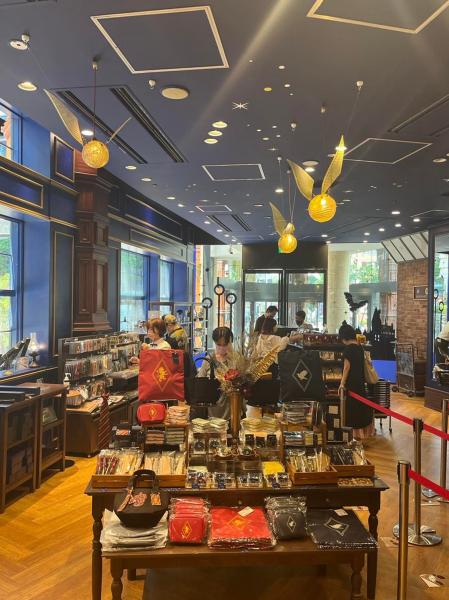 As Akasaka Station is Tokyo’s only Harry Potter attraction, and visitors would have to travel all the way to Universal Studios Japan to see anything similar, the exhibit was quite crowded, even on a Tuesday afternoon. The Harry Potter Café is fully reserved through August 31, but there is a takeout window that does not require a reservation. Guests get a return ticket to come back to place their order. I had a three-hour wait when I went around noon. Guests also receive a return ticket to access the Harry Potter Mahou Dokoro shop.

The shop is worth seeing as its windows are lined with wands and potions, massive golden snitches hang from the ceiling, and the merchandise is unique from what I have seen at Universal. There are also fun photo opportunities with a Lego display and a cart that looks like you are entering Platform 9 ¾.

The cafe’s takeout menu is different from the dine-in one and offers a variety of specialty drinks and scones, as the series is set in London after all. The scones are strawberry, blueberry, citrus and kiwi flavored to match the color of their corresponding houses. I tried the scones inspired by the two houses I believe I would straddle if I were a student of witchcraft—Slytherin and Ravenclaw. They cost about $4 each. You can purchase a souvenir takeout box representing your Hogwarts house for an additional $1.50. 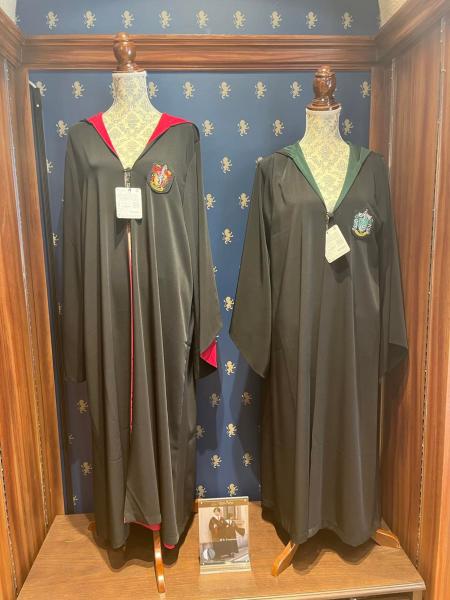 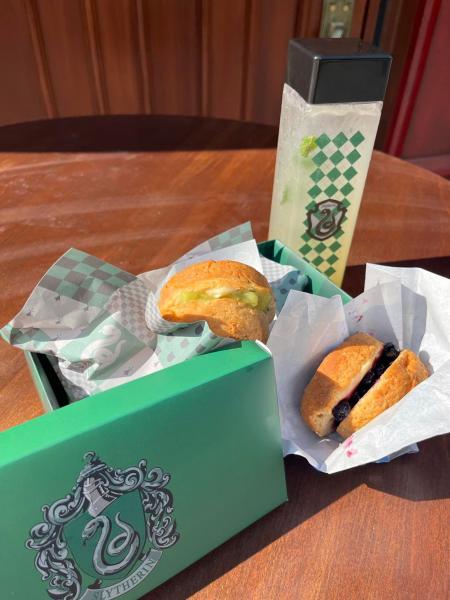 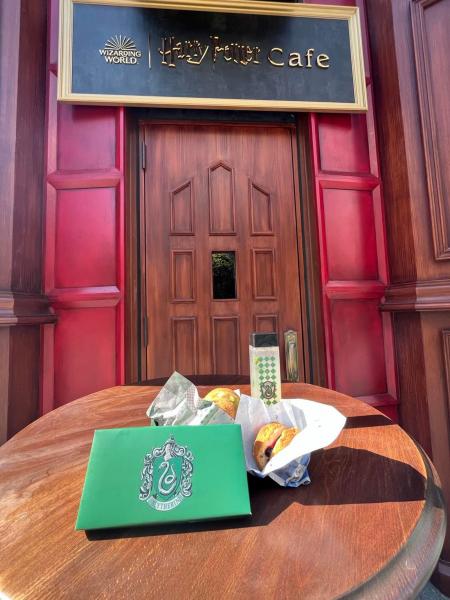 The drinks, fizzy fruit mocktails that are pleasant in this heat, come in collectible bottles and cost about $10. They also come with a house charm.

Nearby shops are also participating in the theming, including Tully’s Coffee, offering limited run merchandise like mugs, thermoses and tote bags.

You can purchase tickets for Harry Potter and the Cursed Child online on Akasaka ACT Theater’s website. Tickets range from $50 to $150. The show runs through May 2023.

Harry Potter and the Cursed Child is written by Jack Thorne based on a story by JK Rowling, Thorne and John Tiffany. It first debuted in London’s West End in 2016 and opened on Broadway in 2018. The Tokyo show will be the first time the play has premiered in Asia. The story takes place 19 years after the events of the last novel. Grammy-award winning artist Imogen Heap composed the play’s music.

The play is critically acclaimed and swept at the 2018 Tony Awards, reaping six awards, including Best Play.

The Wizarding World of Harry Potter in Osaka

Try unique combination of champagne and gyoza in Akasaka

Taste the real car-mouth cake from 'Kirby and the Forgotten Land' at Tokyo's Kirby Cafe!