Across from the Tokyo Midtown shopping plaza in Roppongi, a small, unassuming café offers a menu item that has been trending worldwide the past decade.

You see celebrities on their Instagrams toting it to and from the gym, your trendiest friends have probably tried it, and even infamous Silicon Valley grifter Elizabeth Holmes sang its praises in interviews.

It’s green juice, and, even more so than in the West, it has had a long run in Japan as a health and wellness staple.

33 Aojiru Tokyo, a juice bar and café, offers 16 different mixes of green juice and infuses the stuff into nearly every single one of its menu items, including the savory sandwiches.

Green juice is a bit of a health food buzzword and can include a variety of different things like wheat grass, celery, kale or spinach to earn its moniker.

In both Japan and America, green juice carries with it the idea that if something tastes unpleasant, it is good for you and therefore virtuous, a wellness code that suggests if you are slightly suffering, you are living an ideal healthy lifestyle. Most people don’t reach for green juice for the taste. In fact, it is so famously unpleasant that contestants on game shows have even been forced to drink it as punishment. But cafés like 33 Aojiru Tokyo are trying to make it tastier in the name of its health benefits.

Green juice is more about the idea that consumers are doing something to feel good about themselves, which is exactly why I decided to give it a go.

The green juice at 33 Aojiru Tokyo is made from Mugiou, a proprietary barley leaf allegedly specially raised to include more dietary fiber and oligosaccharides to make drinkers more, erm, regular. The restaurants website also claims that green juice supports the absorption of minerals from other foods.

I took my first sip through gritted teeth, but the plain green juice at 33 Aojiru Tokyo was surprisingly good. Had I not known it was green juice, I would have thought it was an iced matcha drink that was a bit too watery for my taste.

Other green juice concoctions on the menu include almond lattes, strawberry yogurt drinks, hot chocolate and lemon soda, all mixed with the jade-colored stuff. 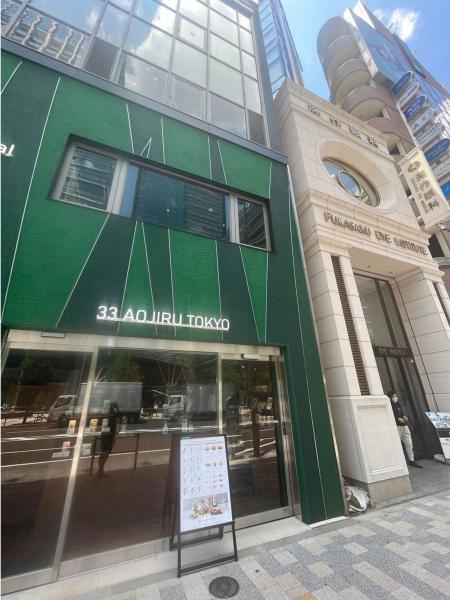 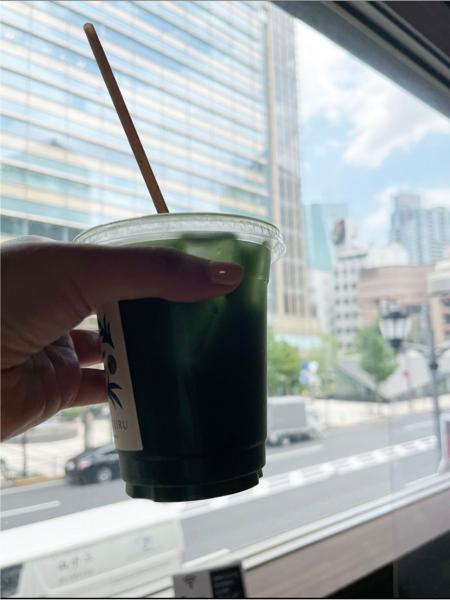 I also had the veggie sandwich, which comes dressed with a green juice sauce that is extremely creamy and, like the drink, has a faint bitterness akin to matcha. It was a packed full, colorful sandwich stuffed with carrots, peppers, cucumbers, lettuce, avocados, cabbage and spread between two thin pieces of wheat bread.

The café also has a wide variety of desserts. I had the dojima roll, a light fluffy cake with a custard-like center made with, you guessed it, green juice. For a diet food type of dessert, it was pretty delicious. It lacked that sickeningly sweet taste that comes from Western artificially sweetened diet desserts and instead had a pleasant balance of bittersweetness. It was light and spongey in a way that is perfect for summer rather in a way that is dissatisfying.

Ultimately, the health claims about the menu here aren’t verified, and sipping the slightly bitter green stuff can have a placebo effect as well as it does feel oddly pure and morally satisfying to drink it. However, you should visit the café because it sounds good rather than some life altering hail Mary, as there is no such thing as a miracle food, even in mystical Japan. 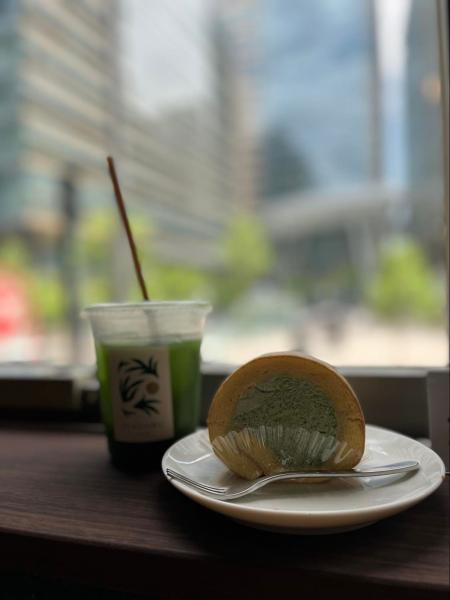 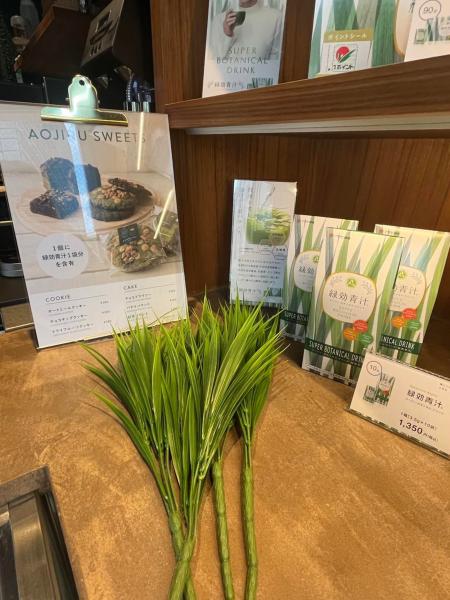