Brewers have been producing quality beer in Sapporo since 1877. The Sapporo Beer Museum opened over a century later in 1987 to show people how the iconic Sapporo Beer brand prepares its drafts and to promote the beer-making craft. The museum, which was fully renovated back in 2016, is the original beautiful brick edifice.

Right next door is the equally atmospheric Sapporo Beer Garden, where you can drink fresh-brewed draughts and dine on some of Hokkaido's finest meat and produce in massive beer halls that wouldn't look out of place at the Oktoberfest.

How to Get There

You can reach the museum by bus, taxi or on foot from Sapporo Station and other stations in the area.

The best way to get to the beer museum is to catch the Loop 88 Factory Line bus from Odori subway station or from in front of the Seibu department store. This bus stops right next to the museum. Alternatively, catch the Toho subway train at Sapporo Station and go two stops to Higashi-Kuyakushomae Station. It's a 15-minute walk from there. You can walk directly from Sapporo Station , which takes 25 minutes. A taxi will get you there quickly as well. 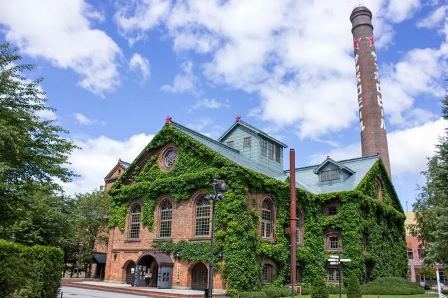 The Sapporo Beer Museum was actually a sugar factory built back in 1890 before it became a beer factory and later a museum. Beer production began on the site in 1877, using beer-making techniques that German-trained brewmasters Nakagawa Seibei and Murahashi Hisanari brought back to Japan with them. Besides sampling the delicious beer, you'll love this area for photography with all the historical buildings and paraphernalia. 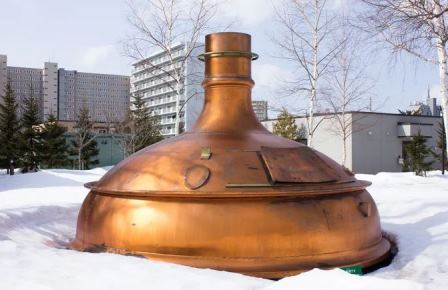 Get a taste of exclusive brews while on tour

You don't need to join a tour to enjoy walking through the museum. If you prefer following a guide, you can pay for a premium tour. Along the way, you can try the original Fukkoku Sapporo Bakushu beer recipe, brewed the way it was back in 1881.

Do not miss the original posters and advertisements Sapporo Beer has used over the years. It's a great opportunity to learn about fashion and design that was popular in Japan in the various different decades.

After you tour the museum, head for Sapporo Beer Garden and its five restaurants to drink and feast. King crab, sushi, the lamb or mutton dish known as jingisukan (named after the Mongolian warlord) and more treats are on offer. Kessel Hall, Trommel Hall, and Poplar House all have an all-you-can-eat and drink plan. Lilac Restaurant has a la carte dishes including Japanese, Korean and Western cuisine. If you want to try grain-fed lamb, Garden Grill is the place to go. Package reservations are available online.