Although Hobo Shinjuku Norengai has been around for a while, they’ve recently converted an old warehouse into a new addition, so let’s take a look. 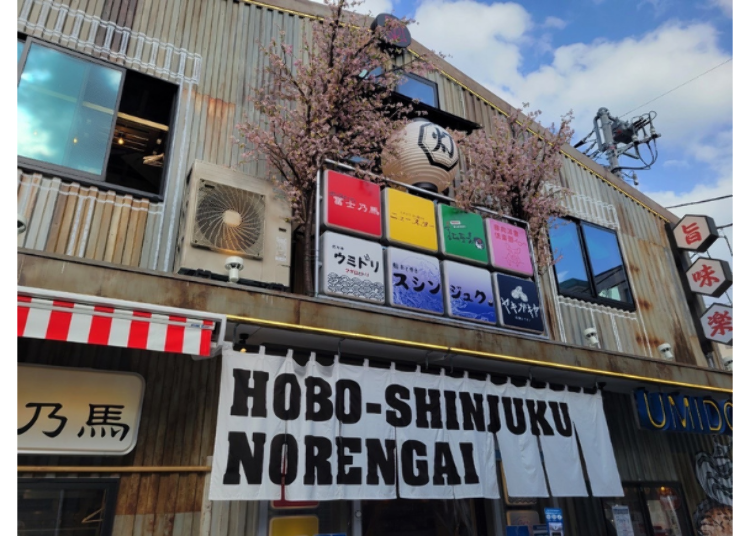 If you’re unfamiliar with the Japanese language, or even if you are, you might have some difficulty with the name. There are a bunch of izakaya on a yokocho called Hobo Shinjuku Norengai...Sorry, what?

Here’s a brief refresher to get you up to speed:
・Izakaya: A casual Japanese bar serving snacks and light food to accompany alcoholic drinks
・Yokocho: Although this used to mean “alleyway,” it has now become synonymous with alleys packed with izakaya and eateries
・Hobo: “almost,” “nearly”
・Norengai: A place packed with izakaya or shops

So, Hobo Shinjuku Norengai means “a place packed with izakaya that’s almost in Shinjuku.” The reason behind this name is that it’s very nearly in Shinjuku, but not quite.

When does it open?

In fact, Spice Works opened Hobo Shinjuku Norengai in 2017, working with the vision of creating “something new” while also making use of local resources and valuing Tokyo’s roots in the process. The business renovated old Japanese-style houses to offer a place where people can visit a wide variety of izakaya and restaurants, and to revitalize the culinary industry.

Following on from the concept of making something new out of something old, on March 23, 2022, Spice Works added a full yokocho section, making use of a neighboring warehouse (the 'Soko Bekkan'), which has already received a lot of positive reviews. 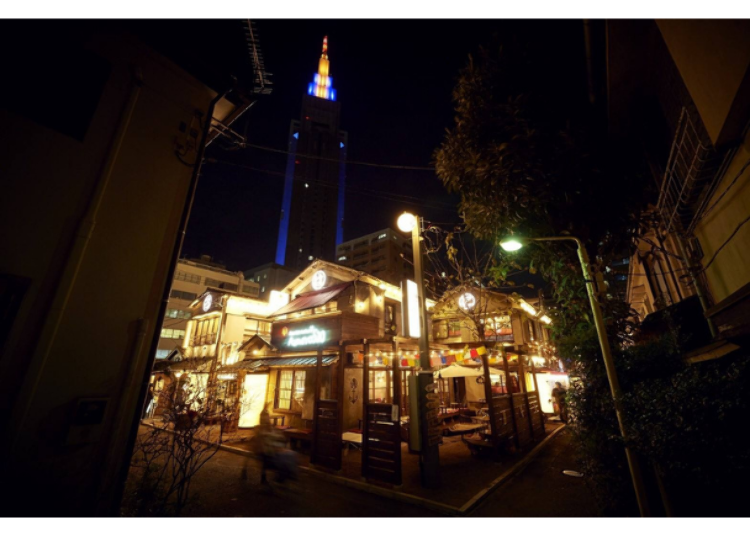 The annex really adds to the overall atmosphere of the Hobo Shinjuku Norengai grounds, with its old-timey Showa era vibes and antique warehouse look that gives it so much character.

The annex was in a pre-open stage since January 2022, but its grand opening was postponed due to the pandemic. Now, they are pleased to announce the grand opening of the warehouse section, and the norengai’s warm atmosphere is ready to welcome you in.

In the main section of Hobo Shinjuku Norengai, you’ll feel as though you’ve stepped back in time. The wooden interiors and warm lighting invite you to spend as long as you want, and in their event space, you can even watch jugglers, sketch artists, magicians, and the like in a form of dining entertainment.

The warehouse annex, however, will make you want to go bar hopping. The new establishments offer delicious food and drink in one convenient location. Feeling some sashimi? You got it. Or how about some Korean food? That’s here too. No more vaguely hoping that the next izakaya door you walk through will be alright, because all your new favorites are here – but they feel like they always have been.

This is the first “warehouse yokocho” in Japan, and you can get to it in “hobo” (almost) zero minutes from Yoyogi Station’s East Exit. The next time you’re in Yoyogi, make sure to stop by for a blast from the past.