According to Showa Sangyo, a major flour manufacturer/supplier in Japan, it was in the Edo Era (1603 – 1868) when tempura became of part of Japanese cuisine publicly.

Today, tempura remains available for casual and even fine dining. You’ll find many chain tempura restaurants and izakaya serving up the delicious dish at all price points in Tokyo and Osaka. Some people even cook tempura at home, while others head to their local supermarket deli’s for an easy dinner cooked to perfection.

Convenience stores have also jumped on the tempura wagon. On Okinawa, where I live, Family Mart convenience store chain began selling tempura at their stores in 2019, by teaming up with Uema Tempura, a popular chain.

Try the ika (squid), sakana (fish), chicken, and imo (sweet potato) tempura in the warmers next to the Family Mart registers. Thanks to these “conbinni” tempura, I can have tempura more often.

Another trend that boosted my consumption of tempura is udon (wheat flour noodle) chain restaurants such as Hanamaru Udon and Marugame Seimen. If you’ve ever visited one of these eateries, then you might remember the tempura options as you go down the cafeteria line in route to the register. Since their crispy tempura goes very well with the chewy noodles, it seems to me almost impossible to eat udon noodles without having their big kakiage (tempura with a mixture of vegetables and others) or ika ten (squid tempura). Sometimes, I go to these restaurants because of the delicious tempura rather than the udon noodles.

Over the last few years, especially since the pandemic started, tempura has become my go-to snack food to quickly fill me up. Just like those in the Edo Era did it, I, too, regularly enjoy a happy tempura lunch.

Try one or all of my favorites next time you go to a restaurant, your local supermarket or even the conbinni!

For regular squid tempura, a cook would cut the seafood’s main body into a rectangular slice or ring. In the case of geso ten, however, it’s their tentacles that will be dipped in the batter and fried, retaining the shape. The chewy texture will have you hooked. 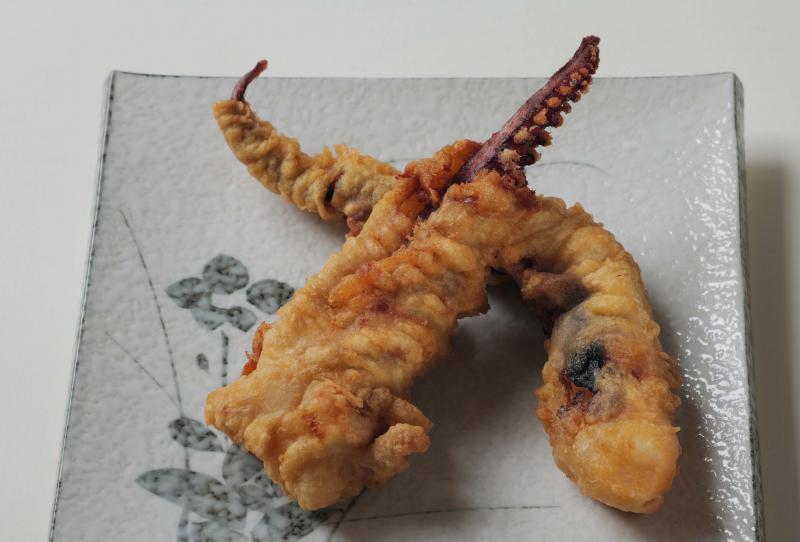 This is a no-brainer. Shrimp is arguably at the top of the list for many when it comes to which ingredients for tempura. Crispy-fried ebi ten is a great way to enjoy the seafood’s flavor. 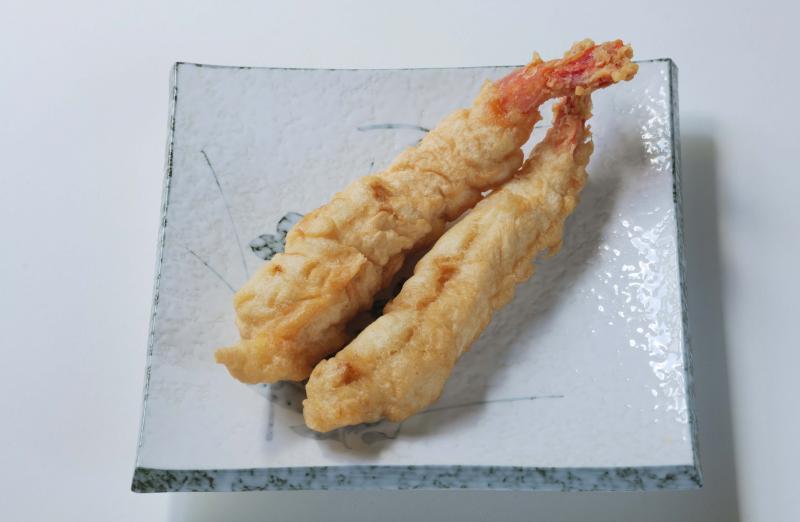 Given the versatility of chicken, it would be no surprise to see it as an ingredient for tempura. Though it may not top the charts when compared to seafood or veggie tempura, it is still quite popular on Okinawa. You can get tori tempura at many Family Mart convenience stores. 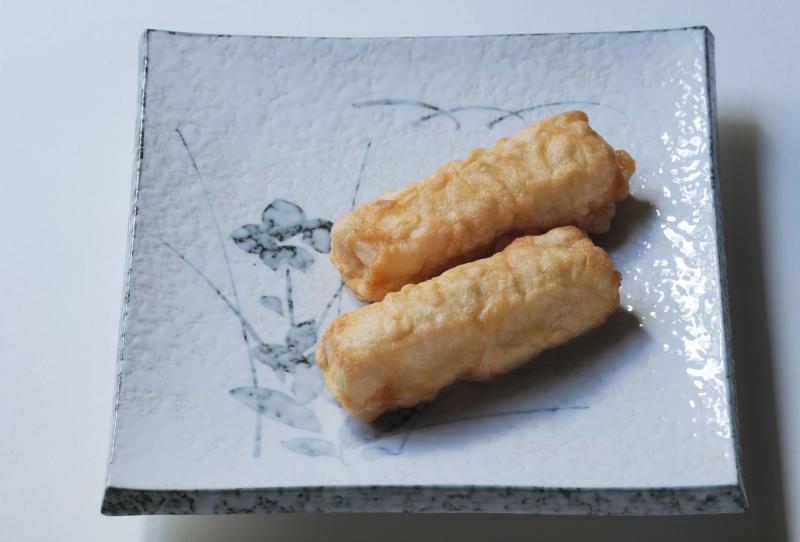 4. Mozuku seaweed tempura / Kakiage tempura (tempura with a mixture of vegetables and others)

Some people may find it difficult to eat seaweed, vegetables or both. But if you dip anything in batter and fry it, it is sure to be delicious. Mozuku and kakiage tempura are a great way to enjoy the nutritious merits of healthy ingredients. 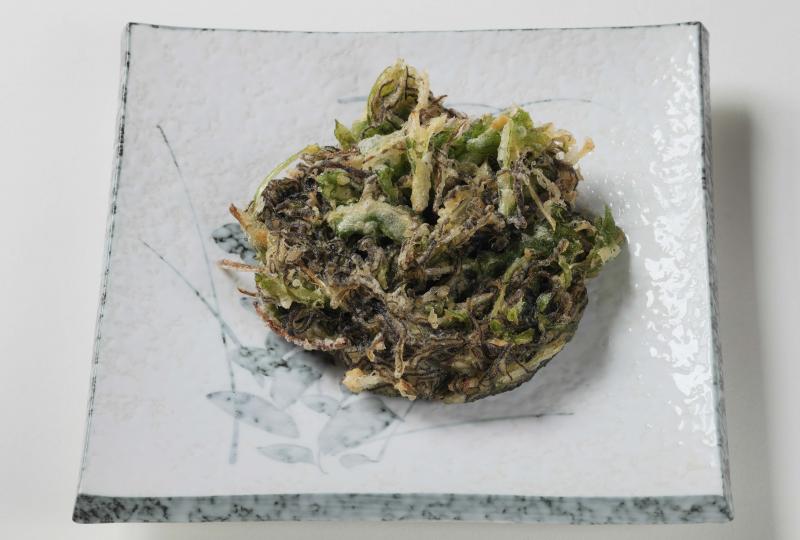 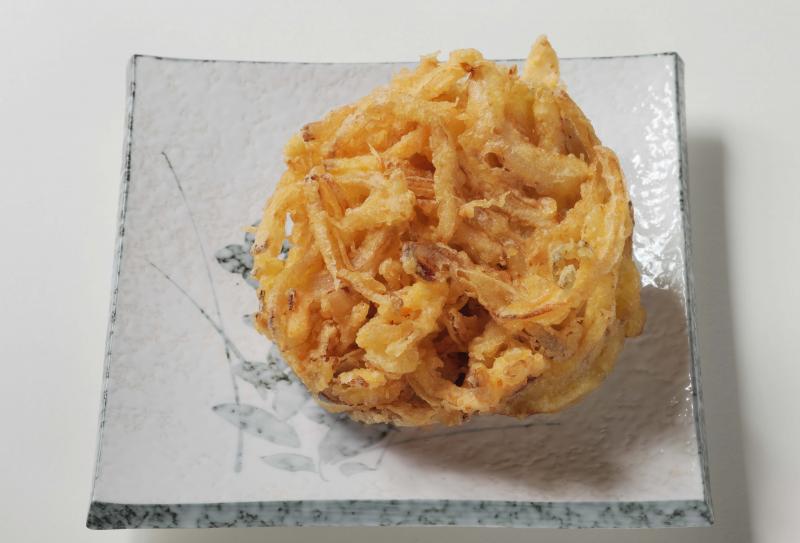 For many Japanese, shrimp would be their first choice for ingredients for tempura. In Okinawa, however, I will not be surprised to see locals pick fish tempura as their golden standard. Commonly available at supermarkets, convenience stores, and tempura shops, fish tempura is an Okinawan favorite. 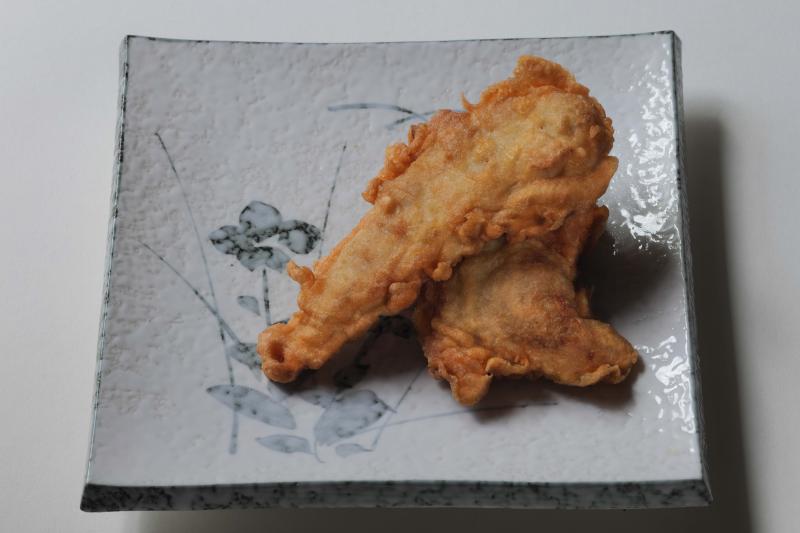 Taste of Japan: Cooking up your own tasty tempura