When you think of comfort food, what comes to mind? For some people it might be fried chicken or pizza. There is a great variety of things people might say, but when it comes to Japanese comfort food, many might think of different fried teats like karaage or katsu. These dishes are loved by young and old Japanese people alike - but how are they received by foreign palates?

To find out, we interviewed 6 foreign expats about their experiences with Japanese fried food. Some of their comments were quite revealing!

No. 1 Popular Among our Panel: Tonkatsu! 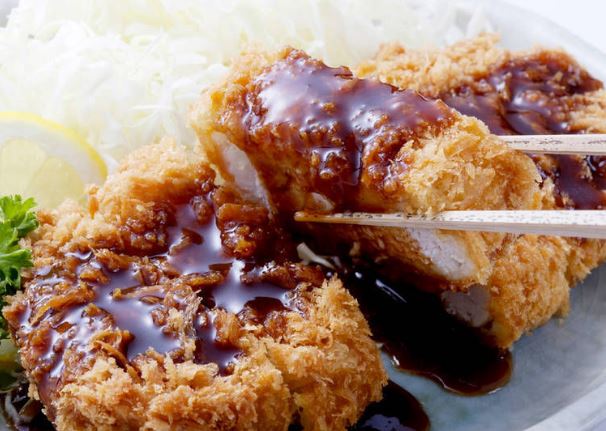 "So probably my favorite Japanese fried foods would be the tonkatsu - pork cutlets. My favorite restaurant is in Kyoto and I highly recommend it." (UK / Female / 20's)

"I like that simple taste. I love the cutlets themselves too, because the portions are often generous and affordable." (Netherlands / Male / 40s)

Many visitors come to Japan with the goal of trying a great variety of Japanese dishes! And among the most popular of the fried ones is tonkatsu. It's interesting to see that some visitors even quickly develop a favorite style of tonkatsu or a favorite shop.

One of tonkatsu's key charms also appears to be portion size and the tangy sauce that's often drizzled on the cutlets. Several of our panel members mentioning they love to douse their tonkatsu with the sauce, noting that it complements the juicy meat perfectly, and that the combination of this over rice is positively incredible. (Many Japanese people echo this feeling!) 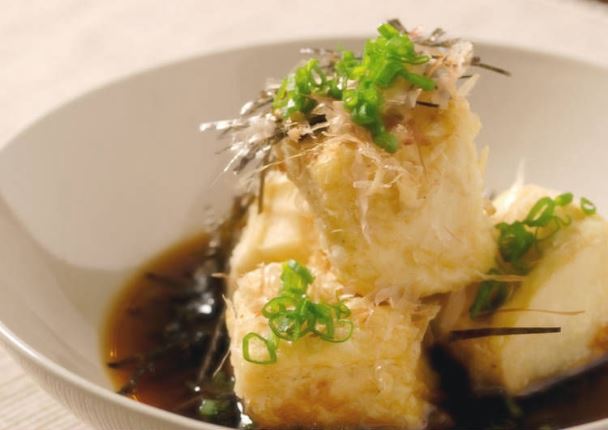 "We can also make deep-fried tofu at home. I love doing it! I do have to wonder though - it's fried but it is healthy because it is tofu?" (Slovakia / female / 30s)

To a Japanese person like me, it was quite unexpected that fried tofu (specifically, agedashi tofu) would rank on any list of Japanese foods that appeal to visitors from abroad. It seems quite obsessive enough to make it at home too.

Another of our respondents note that, "It has a mild and gentle taste, as with a lot of other Japanese food. I quite like it!" Some people even said they liked fried tofu more than ordinary tofu! The outside is crispy, the inside is fluffy, and the taste of the broth seems to be the reason for popularity among foreigners.

Karaage - Japanese fried chicken - plus beer is the best combination ever! 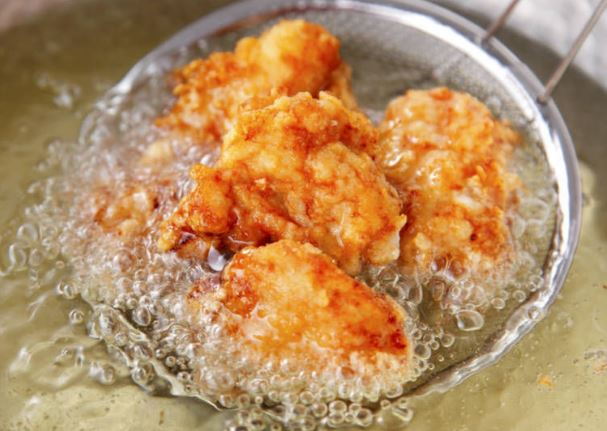 "I love karaage! I love being able to buy it at convenience stores pretty much everywhere, and I often eat it at school too." (China / Female / 30s)

"When you come to Japan, you really have to try the fried dishes. In the United States, it can be a little tough to find consistently delicious fried food, and the variety is somewhat lacking. Here [in Japan], flavors can vary so much from shop to shop; they're all delicious and so much fun to try!" (US / Male / 30's)

Speaking of a fried food, karaage might not necessarily top the lists of "typical" Japanese, but this take on fried chicken appears to be very popular among foreigners. In addition, many of our respondents said that, "When we eat out in shops like izakayas and even convenience stores, we often eat [karaage]."

Many among our panel also mentioned enjoying the different ways that karaage can be served in Japan, such as with ponzu, tartar sauce, or covered with scallions. And they also said how it goes well with drinks. One American fellow said he often orders karaage when having a beer, saying that "the two just go perfectly together." Just like Japanese, people of the world seem to love karaage!

"Kushiage" - Different deep-fried varieties which are plain fun to eat! 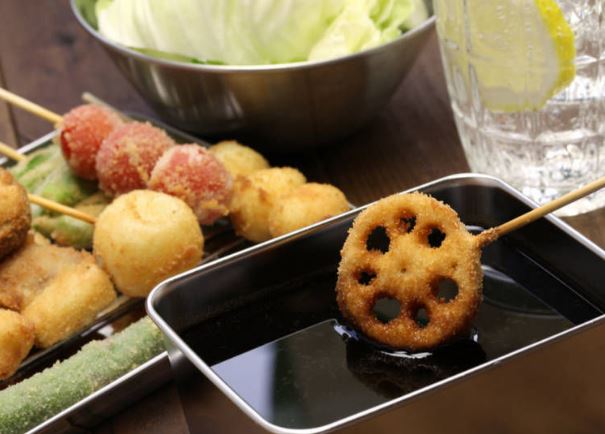 Kushiage is a type of food that originated in Osaka; quite simply, it is a variety of ingredients, including vegetables, meat, and eggs, that are skewered and then deep-fried. Kushikatsu are deep-fried slices of pork, but the word can also refer to the general image of deep-fried, skewered food.

One of the reasons for kushiage's popularity that we teased out from speaking with our expat panel was that there is solid variety in ingredients and that they leave both mouth and tummy happy.

"It's cheap, tastes great - but also fried, so it makes you full," was one comment. "It's also very delicious to eat with beer, so when you go out drinking with friends, we often eat it."

Overall, our respondents seemed to enjoy the dish not only for its taste, but also because it's a unique and fun dish.

Tempura - Beloved by all; a dish with a large difference between shops! 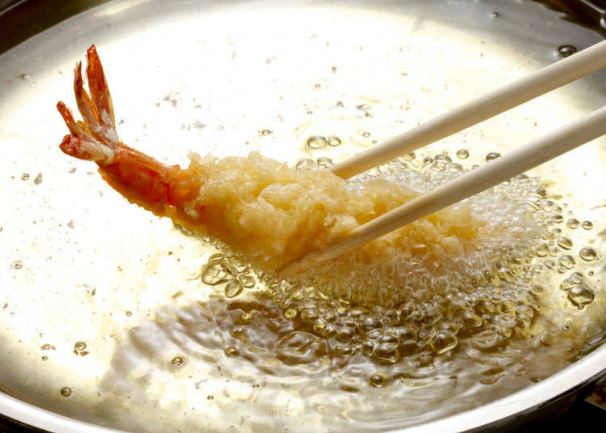 "I love tempura! I especially like the shrimp tempura. But the taste is different depending on the store, so sometimes it's a bit tricky to find exactly one type that suits me." (Malaysia / female / 30s)

Tempura is well known as a representative of Japanese fried foods, as the word itself has even become a loan word in English and has spread around the world. I was addicted to it too actually! Many of our panel respondents said the same thing.

However, if you often eat tempura - especially at different shops - you will gradually notice that there is a nuance in the texture and flavor of the ingredients, as well as in the batter and even the condiments the tempura might be served with (such as different flavors of salt). There is a great variety in tempura stores in Japan, so be sure to try a number of shops as you travel around - try to find your new favorite! 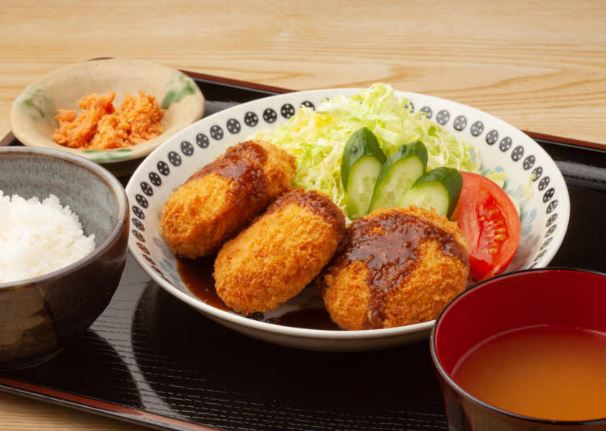 "So korokke are completely different from what I had in mind when I thought of 'croquettes.' You might just imagine fried mashed potato or French fries or something similar, but korokke just blew me away!" (US / male / 30s)

Many visitors encounter korokke for the first time in Japan! Korokke can come in different flavors and varieties, but will often be based around a mixture of mashed potato with minced meat or fish (such as crab), or vegetables for vegetarians; this is shaped, breaded, and then deep-fried. Some people even say it's their kind of soul food.

What's a Japanese fried food you haven't eaten, but would like to try? 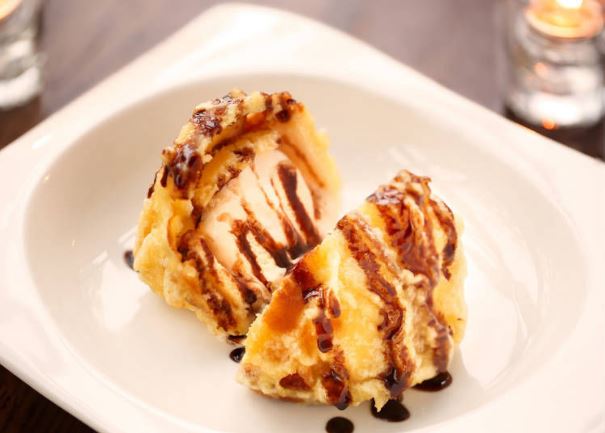 "I heard that there is fried ice cream! I have never heard that ice cream can be fried! I want to try it!" (China / Women / 30s)

"I do not know if it's delicious, but I would like to eat fried ice cream - or even that weird ice cream that doesn't melt!" (Netherlands / Male / 40s)

"Maybe fried oysters would be delicious? I eat raw oysters, but I have never eaten fried oysters. I would like to give them a go at least once." (Malaysia / Female / 30s)

Food that you've heard of, haven't tried, but want to give a go. Deep-fried sweets like ice cream had been mentioned several times. It seems that these kinds of dishes aren't as popular abroad, or that people couldn't readily find them in their area. Curious, don't you think?

In addition to the fried foods raised this time, there are so many other ones in Japan. Some forms, such as fried bread, are popular among Japanese. When traveling, be sure to keep an eye out for unique dishes and don't be afraid to try them out!

Taste of Japan: 25 Japanese foods you must try!

Try these 15 Japanese dishes if you’re not into fish