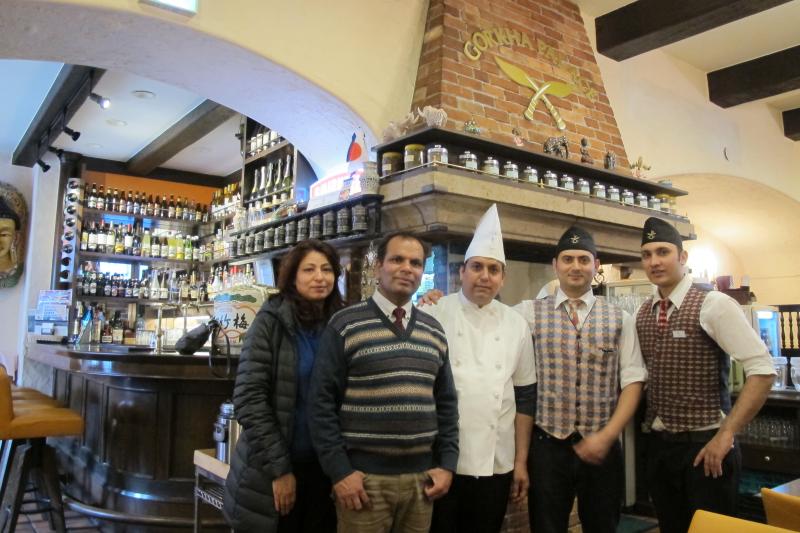 Owner Loknath Wosti, who’s been living in Japan for 18 years, said a U.S. servicemember suggested he should open a restaurant near the base several years back. So, 11 years ago he opened Nirvana, a Nepal-Indian restaurant. Four years ago, he opened Gorkha Palace. It has now grown to be one of the go-to lunch spots for base employees.

Wosti cherishes the relationship he’s developed with the military community. Many sailors make the restaurant one of their first stops after deployments, and Wosti is also a frequent guest at base events and change of command ceremonies.

My family and I stop by Gorkha Palace often to enjoy some tasty curry dishes on occasion. We always feel at home.

Sitting on a corner off the busy main street, Gorkha Palace transports you with its stylish interior and courteous staff wearing traditional Nepalese attire. Inside, you’ll find a well-stocked bar and adjacent shelves displaying various spices. Buddhas and paintings of the Himalayas add to the atmosphere.

Many of the guests treat Gorkha Palace as a second home, entering to immediately pour themselves a soup du jour from the self-service area, then sitting at their favorite table. It’s almost as seeing someone come home for dinner, and the staff even knows their regulars’ orders and how they like it.

The restaurant also has an English menu and a bilingual staff, drawing in a lot of the base workers and their families.

Named after the old capital of Nepal and Wosti’s birthplace, Gorkha Palace boasts authentic tastes from his homeland. He says his Nepalese and Indian cooks use more than 60 different spices from the mountains of India and Nepal to cook their signature dishes.

“We ensure that in every dish is also made with local fresh vegetables from Miura Peninsula,” Wosti said.

As for the menu, its size and number of items is overwhelming. Twelve different roasted tandoori dishes, 12 vegetable and five seafood curries, and six types of naan bread are all on the menu. There are also a variety of a la carte selections such as mixed grill combo plates, lamb chops and desserts. They even have a children’s and senior citizens’ menu. Most of these dishes can be ordered with varying levels of spiciness to meet individual tastes.

Soon, the menu will grow to include Thai and Indonesian dishes, Wosti said. But, despite the many options, Wosti added that butter chicken curry remains the favorite amongst his customers.

During my family’s most recent visit, I went for the Gorkha Lunch Set (1,290 yen), which included two curries of my choice, soup, salad, chicken tikka (boneless chicken chunks marinated in yogurt and spices), saffron rice and a drink. My wife and daughter each ordered the One Curry Set, which included a pick of one curry, naan and a drink for 850 yen.

For my set, I decided to try butter chicken and dal (lentil) for my two curries. On my first spoonful of the warm butter chicken, the meat was so tender it practically melted in my mouth. It was easy to see why this is the number one choice at Gorkha Palace!
The dal curry had a rich flavor and was so silky that I would even recommend it to someone who isn’t a big lentil fan, it was that good. My chicken tikka was exquisitely flavorful with a tender yet meaty texture.

My wife and daughter picked the Curry of the Day, which on our visit was chicken and eggplant curry. This curry featured local eggplant and tender chicken with a delicately sweet curry sauce. My wife doesn’t usually like spicy food, but finished it all as it was mild and the aroma of the curry was delicious.

Compared to Indian curry, the Nepalese curries we have tried at Gorkha have a richer taste and milder finish, making them just right for a lunch set that didn’t sit heavy.

As for their bar, Gorkha Palace stocks many of the Indian and Nepalese standard beers like Mustang, Nepal Ice and Gorkha. Various American and Japanese beers, high-end whisky, sake and wine are also available. 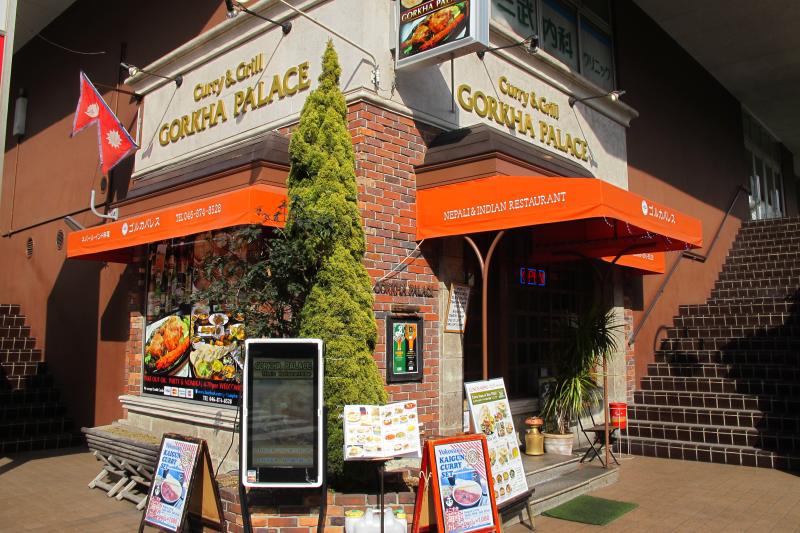 Visit Gorkha Palace and sample tasty Nepalese-Indian cuisine in a warm atmosphere, and you will see why a lot of American sailors treat it as a home away from home.