Thanks to Netflix, raw vegan fare may be the next food hype, and a café in Tokyo can help diners enjoy a tase of the lifestyle.

For those who, like me, can’t get enough of the fraud and con flavor of true crime, the streaming service just dropped a juicy four-part series called Bad Vegan. Without giving anything away, it’s a twisted tale that follows a rising star of a restaurateur through her rise and epic fall after she defrauds investors and employees for millions. And that is not even near the craziest part of the story.

Her now-defunct restaurant Pure Food and Wine, which attracted celebrities like Alec Baldwin, Owen Wilson and Tom Brady, had me craving the raw vegan replacements that I used to enjoy when I lived in America. Now that the weather is finally warming, sometimes a heaping salad or vegetable wrap just sounds good even if you’re not on a strictly plant-based diet.

Pure Food and Wine and its companion juice bar One Lucky Duck were supposed to open branches in Tokyo, according to the docuseries. But as that never came into fruition, we are just left to wonder what all the hype was about.

After bingeing the fascinating series, you can try .RAW in Tokyo’s Roppongi Hills. This spot is a mostly vegan restaurant that can satisfy your curiosity and cravings for fresh food.

While .RAW offers some meat dishes, the majority of its menu is vegan, and about half of those options are raw vegan. Dishes include curry, hot pot and a salad bar— a rare find in Japan.

It can be difficult to find vegan or vegetarian food in Japan, as many places will still call a dish “vegetarian” even if it has chicken in it or a meat-based broth, and many Japanese establishments don’t consider fish to be meat either.

I went for lunch during the week and chose the vegan salad bar, a little pricey at 1700 yen (about $14). There is a non-vegan option that includes cheese and meat toppings for an extra 500 yen.  The salad bar includes a colorful buffet of greens, raw and grilled vegetables, dehydrated vegetables, tofu, hot pot, bread, noodles and an array of vegan salad dressings. Diners may have unlimited plates from the buffet for 90 minutes.

As it finally seems like spring is arriving, I went on a warm(ish) day and found the food refreshing. 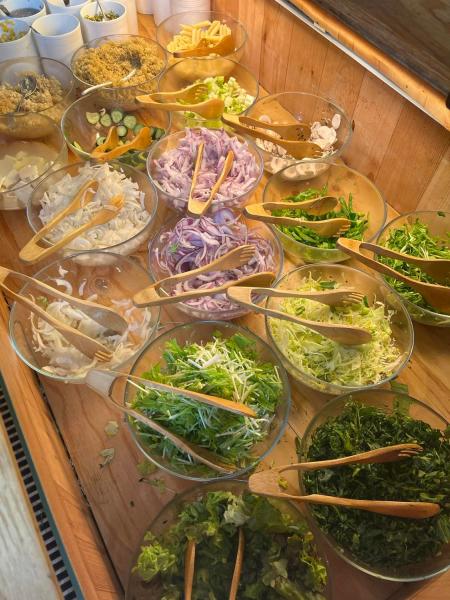 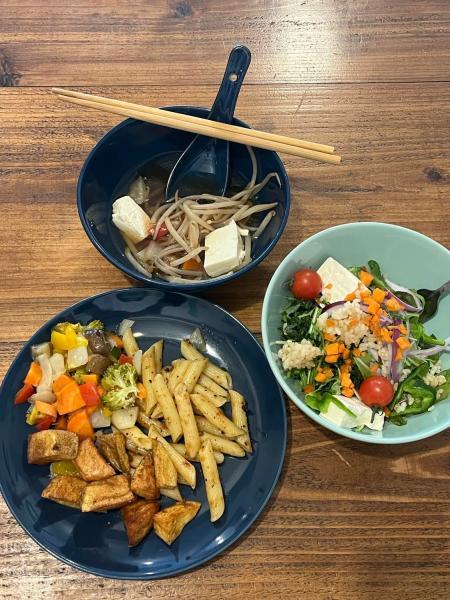 The salad bar was diverse enough to both taste good and feel like a full meal. As mentioned, salad bars are more of a novelty in Japan, so I would go back again for that alone. I also liked how they had a good variety of toppings and vegetables to make for a colorful, nutritious and balanced salad, not just a bowl of cabbage. I can see it being a summer go-to for me when I want something light and crisp but more than just an order of edamame. The dressings were also interesting and tasty with options like black sesame, spicy tahini, carrot ginger and spicy radish.

What you won’t find here is creative vegan replacements such as cauliflower wings, quinoa burgers or raw vegan lasagna or tiramisu as served up at Pure Food and Wine and other trendy vegan establishments in the U.S., which is a shame because I miss those types of dishes.

Japan’s fresh food market is different from the States in a couple of notable ways— one being that a completely meat-free lifestyle isn’t as common here, and another is American restaurants usually offer vegan cuisine or plant-based dishes as a diet food or a promise of weight loss. Japan isn’t as concerned with marketing for weight loss as it is anti-aging or the generic “wellness industry,” a bit of an enigma in both countries.

You won’t usually find calories or “skinnyrific” type wording on menus in Japan, for example, but you will find dishes named things like “bowl of youth” at some dining places. So, while things like cauliflower pizza or barbecued jackfruit standing in for “pulled-pork” in America are usually items meant to either satisfy people who don’t eat meat but still want a hearty meal or to be a “diet-friendly” version of a dish, both of those concepts aren’t as popular in Japan, so you won’t really find it. If you want vegetarian, that literally means vegetables (and often real chicken and seafood) in their perspective, not a replacement that aims to recreate meat dishes using plant ingredients.

While .RAW may be a bit uninspired compared to American vegan joints, it was still enjoyable in its simplicity. Like the food itself, the atmosphere in .RAW is minimalistic, with wooden bench tables and very little décor around the place.

Whether you are a vegetarian or vegan tired of navigating Japan’s limited menu options, curious about a plant-based diet or wanting to give it a go after consuming all of Bad Vegan, .RAW is a simple but satisfying choice, even if it does lack creativity. 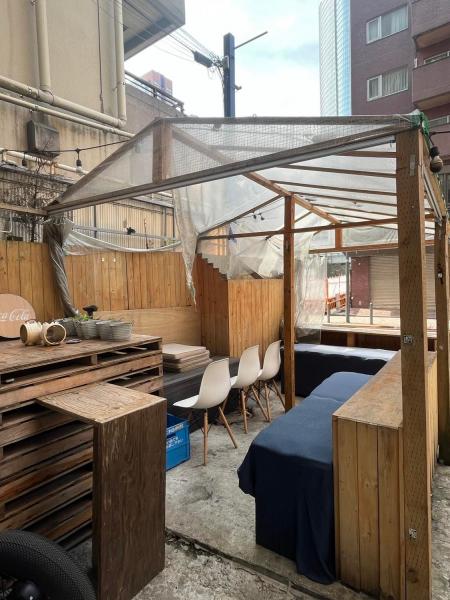 A great place to eat and relax at Mt. Takao in Japan