Japan’s convenience stores offer a wide variety of delicious sweets and desserts that are simply so irresistible, you can’t help but end up buying some to indulge in. This, of course, is not limited just to the Japanese. Tourists share the same sentiments too.

Just what do foreign tourists find appealing about these convenience store sweets? Among the answers received to this question, some have expressed that these desserts have shocked them in various ways. Let’s check out their responses!

(The comments below are the respondents’ personal opinions only)

First off, the sweetness is perfect!

Most interviewees praised the taste of these convenience store desserts.

“Eating the roll cake with a spoon is simply the best! I recommend this to everyone who comes to Japan” (Woman in her 30s, China)

“It’s amazing how they are collaborating with famous confectionery brands like Godiva. The sweets are really delicious too, they’re even talked about in my country” (Man in his 20s, South Korea)

“Since matcha and Japanese cuisine usually come to mind when speaking of Japan, I didn’t think that Japanese desserts would be sweet, so I was really surprised that the sweetness was just right” (Man in his 20s, America)

“The financiers and baked cheese cakes would not be lacking even if they were to be sold at a high-class sweets shop. The healthier sweets, such as kanten jelly, are extremely yummy too” (Man in his 40s, Malaysia)

With so many tourists praising the tastiness of these sweets, I’m sure you feel like trying them too!

So many limited-time products - but why must they go?! 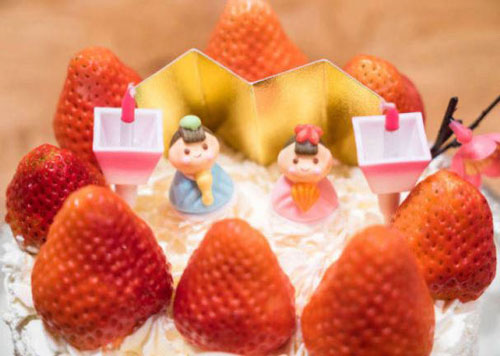 Convenience stores boast a large range of desserts and sweets. One thing that surprises foreigners, especially, is the limited time period for certain desserts.

“There are newly created sweets being sold almost every week. I’m shocked by how frequently they come up with new desserts. I look forward to these new desserts every time I go to the convenience store” (Man in his 30s, Thailand)

“Last year during Doll’s Day (also known as Girls’ Day), I ended up buying a cake that was shaped like a doll. I think it’s cute that there are so many seasonal desserts!” (Woman in her 20s, Australia)

“I’m really impressed by time-limited desserts. But since these desserts get replaced really often, I’m taken aback whenever a dessert I like is no longer available all of a sudden” (Woman in her 20s, Indonesia)

Even though the desserts are unique because of their presentation and limited sale period, it really is a pity that they are available for only a very short period of time.

The presentation is insane!

A lot of our interviewees were pretty impressed by the designs and presentation of the desserts. It seemed especially the women liked this part!

“There are many desserts that look so luxurious you wouldn’t think you could get them at a convenience store. I personally like the parfaits” (Woman in her 30s, Taiwan)

“The cakes and pudding are topped with lots of fruits so they look really colorful. I ate lots of fruits in my home country so I usually end up choosing desserts with fruits in them” (Woman in her 20s, Vietnam)

“There are lots of Instagram-worthy desserts, including those shaped like various characters! The cuteness of these desserts is as expected of Japan” (Woman in her 30s, England)

I think we can all agree that we can’t help but want to take photos of these colorful desserts!

I wish they were a bit bigger

On the other hand, the men had a different set of opinions.

“The desserts are pretty similar to those in the UK, except for the variety. One thing though, is that the serving size in Japan is generally quite small! It’s rather unfortunate because, in the UK, desserts you buy in the convenience store are usually of the same serving size and price as in supermarkets” (Man in his 20s, England)

“They’re pretty expensive considering the portion size but they’re as tasty as I imagined them to be!” (Man in his 20s, India)

Desserts with serving sizes aimed at male consumers are available, but they are slightly more expensive than in supermarkets at around 200 to 300 yen. A lot of thought is put into the taste and the cuteness of the presentation of these desserts, which might explain their prices.

Convenience store desserts are pretty different to back home

Lastly, here are some of the responses from those who felt shocked by how different these desserts are from the ones sold in their home countries.

“I was really surprised by the range of desserts and how delicious they are. But I am also shocked by how much is thrown away on a daily basis. In Germany, I’ve never seen shop staff dispose of the unsold desserts so naturally as if it were the norm. It’s really a waste” (Woman in her 30s, Germany)

“The cream is really sweet and there’s too much of it! The cream that is typically used in France is much lighter. French pastries like the éclair and cream puff also taste a lot sweeter in Japan” (Man in his 30s, France)

“I’m satisfied with the wide range and numerous seasonal desserts, but I think there aren’t many region-limited desserts. The Japanese-style convenience stores in China have lots of these regional desserts” (Man in his 20s, China)

“The variety is there but I think they can work on making it easier to consume the desserts. Since most people drive in America, donuts that can be eaten with one hand while driving are really popular. But in Japan, most of these desserts are meant to be savored at home. So I was quite surprised by this” (Woman in her 40s, America)

Many of our respondents may have expressed their surprise over the differences between Japanese convenience store desserts and those in their home country, but there has also been lots of positive feedback about the high level of quality with respect to taste and presentation as well as the diverse range of desserts! If you happen to visit Japan, do stop by the nearest convenience store to get a taste of the amazing desserts available!

Headed to a convenience store in Japan? Here are some tips

How to bake cassava cake like they do on Guam