Looking for a nice, refreshing drink can be its very own adventure when sightseeing in Japan. As you scour convenience store aisles and examine the colorful selection of the many vending machines found all around the city, you’ll come across a variety of names and beverages that you’ve might never heard of before – what exactly is Pocari Sweat? Can you drink that?!

Naturally, Japan has a rich and fun selection of its own tasty soft drink varieties, from modern sugar delights to refreshing iced tea. Come with us on a wild ride through Japan’s top 10 drinks! 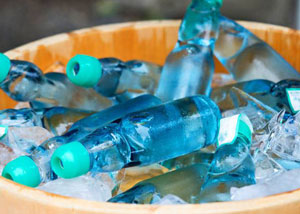 Ramune is one of Japan’s most famous carbonated soft drinks, maybe due to its unique bottle shape or its regular appearance in manga and anime. Ramune, a term coming from the English “lemonade,” was invented in 1872 and thus is among the oldest of Japan’s lemonades. The characteristic marble in the neck of the glass bottle earned Ramune the nickname of “marble soda” and is also the reason why many people might find it hard to open and drink.

Despite its fame, you won’t find Ramune in vending machines or convenience stores in Japan, but rather have to check a supermarket or beverage store. However, this popular lemonade is a staple of Japanese summer festivals and can be found at numerous stalls in various flavors!

Bonus: To open a bottle of Ramune, simply use the little plastic opener provided with each drink and push down the marble! 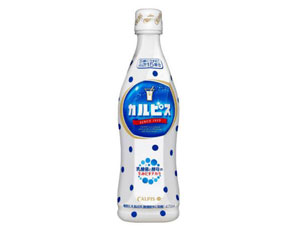 What you might know as “Calpico” is a milky Japanese drink that was inspired by the Mongolian airag - basically fermented horse milk. Calpis was Japan’s first lactic acid drink, first sold in 1919. The drink is supposed to be mixed with water or milk, which is one of the reasons why it became immediately popular. And it's condensed, so this Japanese drink keeps well even without refrigeration.

Nowadays, the drinks you’ll find in any convenience store and vending machine are Calpis Water, a pre-diluted version of the original, and Calpis Soda, which is carbonated Calpis Water. Of course, this classic Japanese drink comes in a variety of fruity flavors as well. Simply look for a white bottle with blue dots and enjoy a refreshing sip!

Bonus: The drink was renamed “Calpico” in the West because many people feel that Calpis sounds uncomfortably close to a less than appetizing word combination. 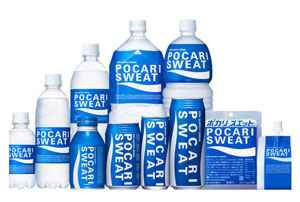 Undoubtedly, this Japanese drink regularly raises many eyebrows in the West for its seemingly questionable name. Pocari Sweat is a sweet sports drink with hints of grapefruit that was first sold in 1980. It supposedly restores all the electrolytes and nutrients that are lost when sweating, hence the name. While Pocari Sweat is available as powder and in cans, you’ll most likely come across the PET bottles most of the time – they’re an inherent part of every convenience store, vending machine, and supermarket. 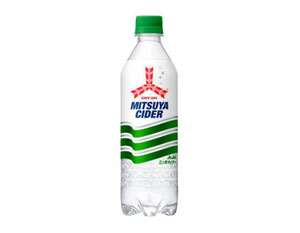 This Japanese drink is almost as old as Ramune. Mitsuya Cider was first sold in 1884, and while you might think of an alcoholic beverage when hearing “cider,” this classic refreshment is a carbonated soft drink. The standard Mitsuya Cider is best described as a cross between Ginger Ale and Sprite, but of course, there are various flavors on the market, including many seasonal ones. Mitsuya Cider is sold at any convenience store, most vending machines, and every supermarket.

Bonus: We highly recommend the Mitsuya Cider Candy, which is quite literally the classic drink in candy form. It even comes with the carbon fizz! 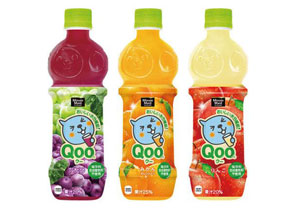 Best known for its adorable mascot, Qoo is a non-carbonated fruit drink invented by the Coca-Cola Company, marketed mainly towards children and teenagers. First appearing in 1999, Qoo is available in pretty much all of Asia, but not in the West – it was sold in exclusively in Germany, for a brief period of time. Qoo is available in any convenience store and rarely in vending machines. As a Coca Cola product, however, it can be ordered at Japanese McDonald’s! 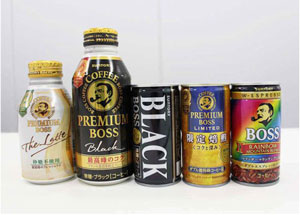 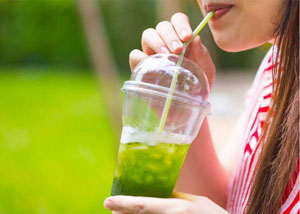 While the concept of iced tea is said to have been invented in the United States in the 19th century, iced green tea is a staple drink all over Japan. Generally unsweetened, this healthy refreshment is offered by various different companies and is quite literally found in every single vending machine and convenience store. If you want to quench your thirst in an authentically Japanese way, iced green tea is the way to go! 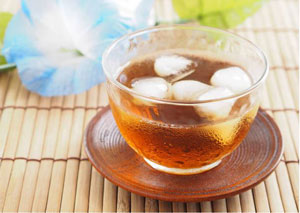 When talking about tea in Japan, most people immediately think green. However, one of the most beloved drinks of the hot Japanese summer is actually mugicha, or roasted barley tea. The slightly bitter taste of barley tea is a wonderful refreshment, especially on brutally hot days. A staple of convenience stores and vending machines, barley tea is also sold in tea bags and often made at home in households all over Japan. 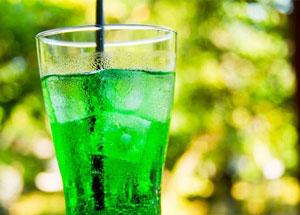 Ah yes, melon soda – although the bilious green color of this Japanese soft drink might seem scary, this is a favorite refreshment of many people all around Japan! The melon soda float version is particularly connected to a Japanese childhood. Find the sugary delight at convenience stores, sometimes in vending machines, and at chain stores such as Burger King and McDonald’s! 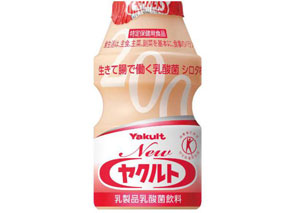 Japan’s probiotic drink called Yakult is a success all around the world, but the yoghurt drink is a staple in Japanese convenience stores and supermarkets. There is even a job called “Yakult lady” – much like the States’ Avon ladies, the duties of a Yakult lady are to ride a bicycle or motorbike and go from door to door, selling and promoting the probiotic drink.

No matter if you like it sweet or bitter, Japan’s convenience stores and vending machines have a rich variety of original soft drinks that are sure to quench your thirst! Now your only job is to taste your way through each of them and find your favorite!

10 of the Top Drinks in Japan

9 items that a Japanese chain supermarket recommends foreigners to buy

Give Japan’s chocolate snacks a try!

VIDEO| Speakin’ Japanese lesson: Take a break from this heat with some cold somen