Ikego Hills Housing Area, Japan -- A full contact sport on 8 wheels might not be what you expect to see a group of military members, spouses, and civilians doing at a base gym in the evenings. But the Yokosuka Sushi Rollers, the roller derby team for Naval Base Yokosuka, take their training seriously and now coach Esther Paxton is looking to get the team back on track.

The Yokosuka Sushi Rollers, established in 2010, were one of the first roller derby teams on an American base in Japan. The team had been disbanded as of March 2020 due to the Covid-19 epidemic. In October 2021, head coach Esther Paxton, or Wasab-E, got permission from the base to start training again and was faced with the intimidating task of building a new team from scratch.

“Covid really hit the team hard with only having 3 people left willing to skate. I knew it would be a battle to get things up and running, still is, but seeing all the dedicated people has made my job easy” says Paxton. 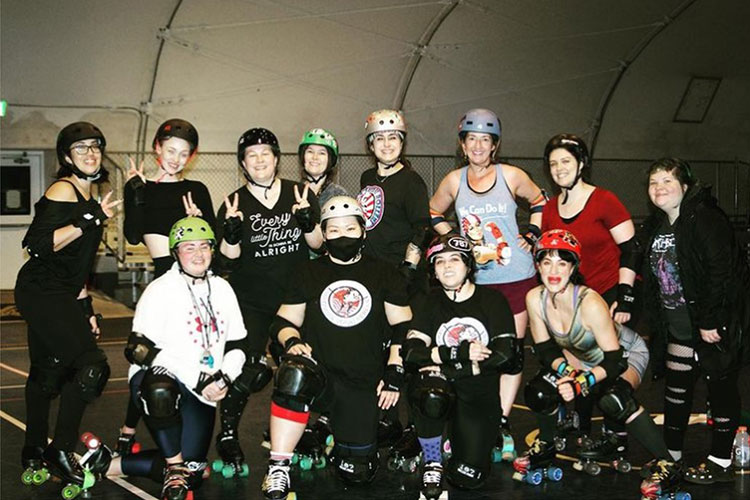 The team, currently in the recruiting and building process, is made up of women from the Yokosuka and Ikego Naval Bases and the surrounding areas. With wide ranges of ability levels, some have been playing roller derby for years and some put on skates for the first time this month. The new group of skaters, affectionally called a “Fresh Meat” team due to their newly acquired and developing skills, have taken on a new identity as the Yokosuka Yokai Rebels. This is giving them a sense of identity and camaraderie as they aspire to pass their minimum skills tests and eventually be qualified to compete with other teams in the area.

Paxton added, “To me it doesn’t matter your skill level or how many are fresh meat, it’s a foundation to work with and to help those skaters get their footing (aka skate feet) so when they do leave Japan they have the knowledge and skills to make it on a stateside team and become more than fresh meat.”

The team currently meets on Tuesdays, Thursdays, and Sundays on the Ikego Naval Base from 6pm-8pm and is actively recruiting. No experience is required and loaner gear is provided along with knowledgeable and enthusiastic coaches. New skaters can expect to be heartily welcomed and taught the basics of skating and roller derby, making sure they are practicing safely and properly protected. The team can be contacted at this yokosukasushirollers@gmail.com. 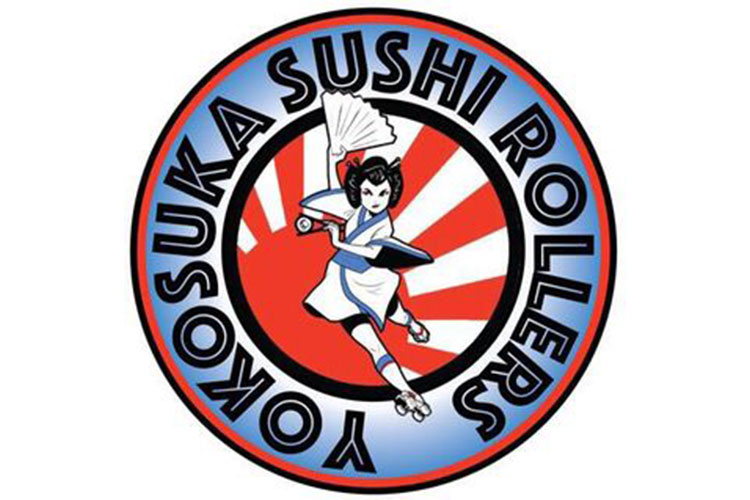 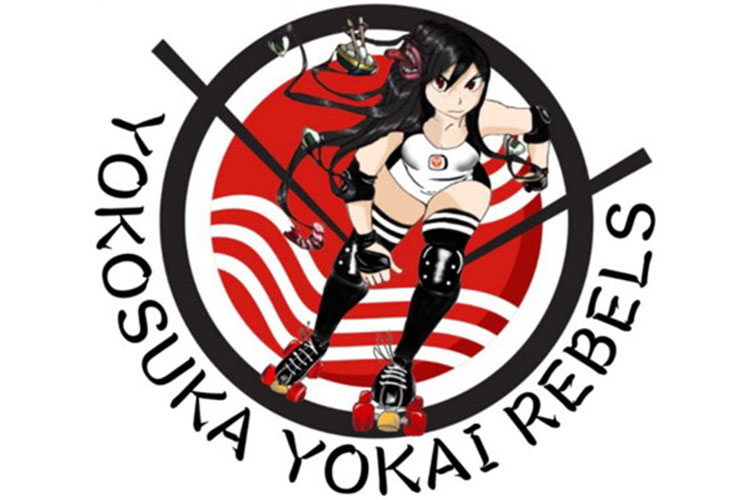