“If you don’t like what you bought, you can just return it” - that might be the case for purchased goods in many countries. In such places some stores do extend the courtesy of accepting returned good that had been purchased by a customer and then arbitrarily returned. Where that is the case some people believe that if they cannot make up their minds as to which of two items to buy, they buy both of them as they will then return the one they do not want.

This service which is offered in various foreign countries came as quite a surprise to the author, a Japanese national. The reason for that is because in Japan the rules for returning a purchased item are much stricter. At the very least, if an item has been used to a certain degree it is then impossible to return it as long as the product was not defective and functioned properly. Basically, unless a purchased item has not been unpackaged and not used, it is very difficult to return it and get your money back.

In this article we shall explain the rules in Japan for returning purchased items and how one can go about doing it. We advise you to carefully compare the rules and procedure followed in Japan as compared to those in your own country. 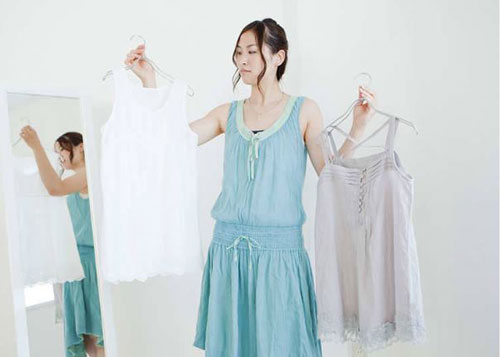 In the case of purchased items in Japan most stores will not accept returned items for arbitrary reasons. For example, I am sure that everyone who has shopped has had the following experiences.

The standard practice in Japan is that once you buy something and have used it in any way, it is not possible to return it for a refund or exchange. In foreign countries other than Japan it often seems that there is a tendency for many shops to return, refund, or exchange items that had been purchased for whatever reason. If a date is specified within which time returns are possible, then there are cases where even if the product has been used or soiled it can be returned. While this may be "a measure taken to provide a more enjoyable shopping experience," it does raise other issues.

In most cases in Japan, as long as there are no defects in the product it is not possible to arbitrarily return products. “Are Japanese stingy?” You may wonder if that is the case, however, in Japan there are no laws that “require businesses to accept returned items from consumers” and whether to offer such service is a decision left to the sole discretion of the store.

In other words, whether a store will accept returned products or not is a matter to be determined by each shop alone. As the old adage goes, “When in Rome, do as the Romans do,” it is necessary to be aware of cultural differences. 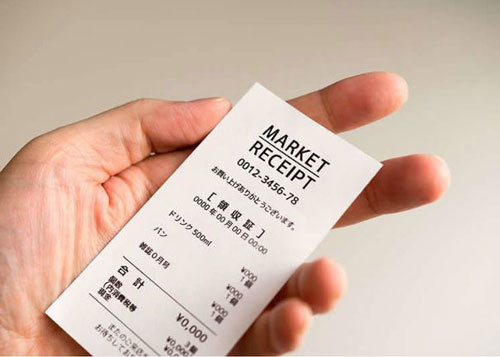 Even though the threshold for returns is high, if you have a good reason, rest assured that in most cases stores will accept returns. In such cases you will need to show the receipt for the purchase of the item being returned. As there are many cases when a time period within which it is possible to make a return are clearly indicated, you are advised to carefully note that especially in the case of purchasing expensive items.

If you have trouble reading the receipt to know what, if any conditions, apply to a return, then you should at the time of purchase ask the store clerk for clarification and explanation of that stores return policy. That should not be a problem because recently an increasing number of shops employee multi-lingual staff. In addition, in cases where returns are accepted within a certain period, that can vary depending on the type of item and also the shop. Such return periods can vary from being less than one week to up to several months. The following are phrases in Japanese that may be of help when returning an item.

---> <@[I would like to return this item which I recently bought here.]

---> [I would like to return this item. Do you have any English-speaking staff?]

---> [Are there any conditions regarding the return of this item? Can it be returned at any time?]

These might be helpful for you to explain in Japanese in the event that the shop does not have any staff able to speak a foreign language. In that case, you may be able to communicate using a translation app on your smartphone. Communication may take a little bit of extra time, but you are likely to be dealt with courteously. 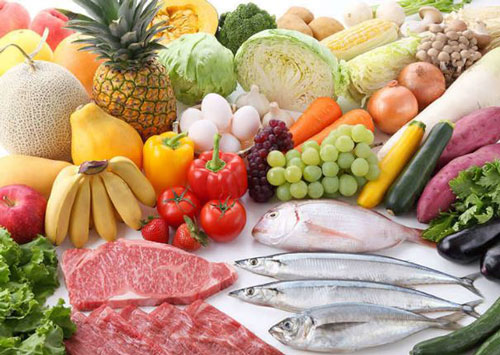 The following should be kept in mind regarding the return of food items.

A reason based on personal preference, such as "I didn't like the taste," or "the egg(s) broke on my way home," normally is an unacceptable reason for seeking to return something. Policies do differ from business to business and store to store, however, if the product has been unopened and the expiration date has not passed, then there is a high possibility that the product can be returned. The same is also true in the case of opened packages when there is an obvious product defect. Please keep in mind that it is extremely rare for there to be a product defect in unopened product containers because the food industry in Japan conducts strict quality control. 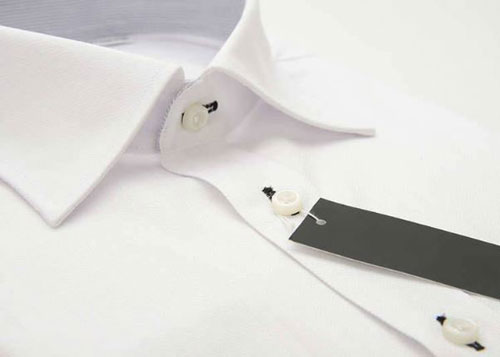 The following three points should be kept in mind regarding the return of clothing items.

The most common reason given for seeing a return is that the size was wrong. Most shops will allow the product to be exchanged for the same product in a different size. It goes without saying that if the product had a defect, then it will be exchanged for another one. Remember that if an item has never been used and that the sales tag has not been removed, it is very likely that the product can be returned. Regarding underwear, swimsuits, and the like, in most cases it is not possible to return these for sanitary reasons. 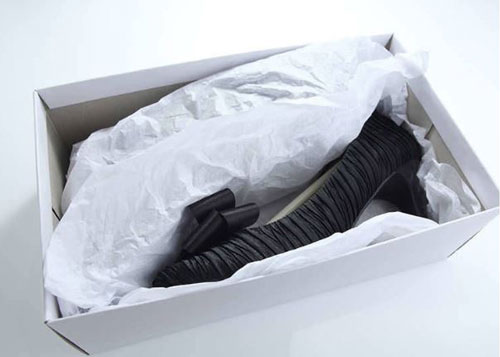 Basically, the conditions for returning footwear are the same as that for clothes. In the case of wrong sizes, most shops seem to have policies regarding exchanges or returns because the shoes are tried on in the store and checked before being purchased. Of course, if the shoes have been worn outside after purchase, then in most cases returns are not possible. Be sure to try on shoes and check them for comfort in the store before you buy them. 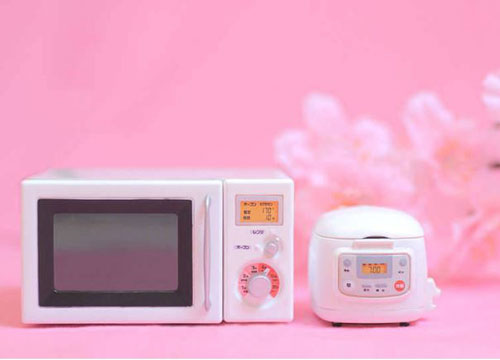 The following points should be kept in mind when returning electrical products.

With the exception of products that were deemed defective from the start, once an electrical item has been used, that is to say, the power has been turned on, in most cases returns are not possible. Also, when the product has been confirmed to have been defective from the start, in most cases if the product is returned within one month of its purchase it will be repaired. If the product has never been used, then in most cases it can be returned, however you are strongly advised to take action quickly. In the case of dead-pixel television sets and monitors, most shops do not treat them as being defective from the start. If you are worried about the possibility of there being dead-pixels, many electrical appliance shops offer “dead-pixel warranties” so you should ask about that and take advantage of it if it is offered. 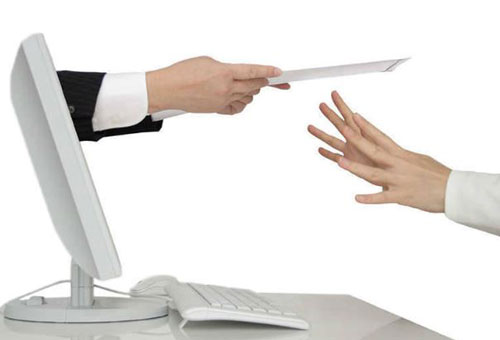 There is also a cooling off period in Japan that allows for a contract to be nullified within a certain time period after a purchase has been made. However, be careful to note that the conditions are different from those in Western countries. Japan's cooling-off system only applies to contracts where there may have been a temporary lack of judgment. The following are examples of such cases.

If a request is made within 8 days of the contract or purchase, the cooling off period applies. Please be careful to note that this does not apply to over-the-counter sales as you can see from the above content. For that reason each business and shop has established its own return policies.

Returning goods is not a given 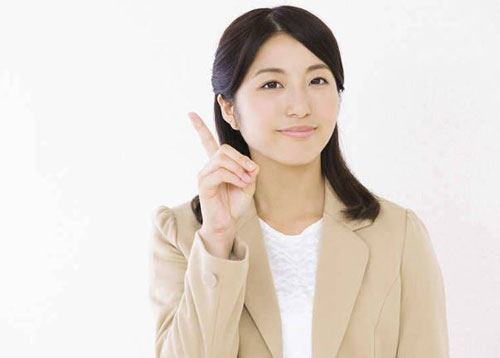 According to the Japanese Civil Code, stores have no obligation nor is there a legal basis requiring them to accept returned products or exchange them once they have been sold. Differences in shopping cultures exist, so in the case of returning or exchanging purchased items, in Japan this is purely at the discretion of the shop. So please keep in mind that in Japan return or exchanging products once they have been purchased is not something that is automatically done.