As with each country’s mannerisms, Japanese body language and hand gestures are often unique to the culture of Japan. Keep reading below to learn more about common gestures you may encounter while in Japan such as bowing, beckoning, and conversation cues.

The most common Japanese body language you will encounter while in Japan is bowing. Not only is it a sign of respect, but it is also the primary way to greet someone you meet face-to-face, whether they are friends or strangers.

Failing to bow in Japan may imply that you have bad manners while doing so will give the impression that you are humble and polite, especially when bowing to a stranger.

The proper way to bow 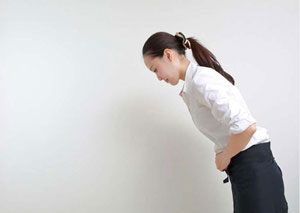 So, how to bow in Japan? The standard Japanese bow starts with a straight posture. Move your upper body downwards, and bow to a 45-degree angle. Men should keep their hands down and straight at their sides, while women usually keep their hands folded in front of them. 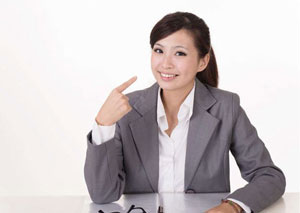 Some people from abroad may find it strange, but in Japan, people point to their faces when talking about themselves. In other countries, it is normal to place your hand on your chest, but in Japan it is common to use your index finger to point at your face, near your nose. 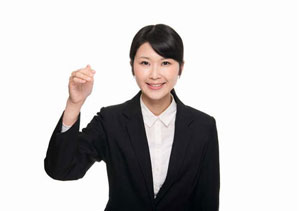 The "come here" hand gesture in Japan is unique. Raising your hand with the palm toward the person you are calling, move your fingers quickly up and down in unison.

In other countries, the gesture is the other way around, with the palm facing toward you and often with only the index finger moving to beckon someone to you. While this hand gesture is also used in Japan, it is hardly ever used to call someone over and would not be recognized as such by a Japanese person.

Waving your hand in front of your face 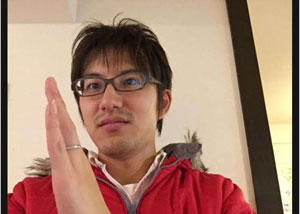 The Japanese hand gesture of waving it back and forth in front of your face, with the thumb facing you and pinky away from you, means “no.” When you're accused of something, it implies "Not me." or "No way!".

When you make this gesture after someone asks if you can do something, it means "No, I can't." It can also be used to say "No, thank you." when someone tries to give you something you don't need. 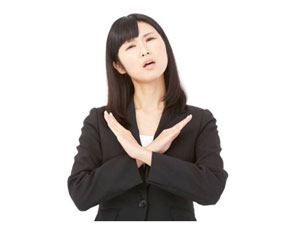 When walking into a full restaurant, you may occasionally encounter an attendant who forms an X with their arms. likewise, in other situations, such as if someone mistakenly enters the exit of a venue instead of the entrance, or if there is some kind of prohibition in place - such as in a non-smoking area - against a particular action, you may see a person in charge making the same gesture.

Simply put, it indicates a negative, refusal or decline of some sort.

Making an "X" with your fingers - check please! 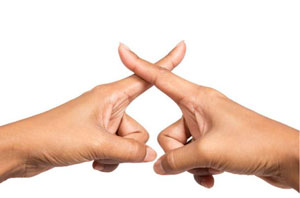 Also in a restaurant or cafe context, it can be a little confusing at times when using Western hand signals indicating that you want the check. The easiest approach in Japan: simply make eye contact with your server and make a small "X" with your fingers - the check will come along soon! 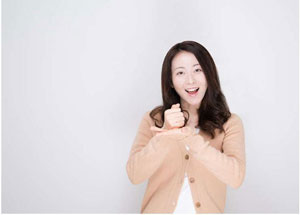 Japanese people use body language as conversation cues to let others know that they are listening. What may be surprising to you is the frequency of which they are used. When speaking to people who are not familiar with the Japanese language, these cues are used to check that the meaning of what is being said is fully understood.

Counting on your fingers 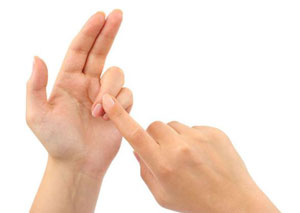 When counting on your fingers, Japanese people start with the fingers and thumb extended upward and then bend them down one by one with each sequential number. The order starts with the thumb, followed
by the index finger, middle finger, ring finger, and pinky; each placed on top of the thumb.

Did you know?: Dos and Don'ts in Japan