I didn’t plan to be in Vietnam on the country’s Independence Day or write an article about it. We went to Central Vietnam as tourists. We had a great time, ate delicious food and visited historic sites. I had a wonderful massage in Da Nang and watched the sun rise at China Beach, rode a local bus to Hoi An and took a train to Hue. I even helped coax a stray cow out of the intersection in front of the train station at Hue. 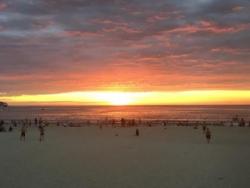 The Vietnamese people we interacted with at the hotel and restaurants (we ate a lot of street food) and taxi drivers were very polite and accommodating. A few people, hotel staff and spa employees, spoke English but not too many on the street, but we got by with pointing at the menu and google and travel reviews.

We arrived on Thursday morning and that day or the next, I found out that Sunday was the national holiday, and I became interested to see how the local people observed it. I had already noticed that outside most businesses, there were small flags mounted on brackets. Even KFC and churches had them, but not every business did have one, which made me wonder how crucial it was to display the flag. I suspected some people did so because they were truly patriotic and others because they wanted to make sure there was no doubt whose team they were on. I also wondered if those establishments which did not show the colors lost patrons and business because of it. On Saturday night, as we walked back to our hotel, I saw a boy on the back of a motor scooter carrying a large flag and waving it to people as they passed by on the street. I thought back in time, of a July parade back in my hometown of Walnut Ridge, of a girl in my school riding her horse and carrying an American Flag. 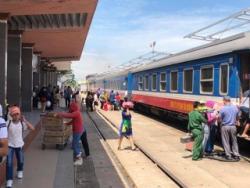 On Sunday morning after breakfast, as I looked out over the edge of the hotel’s infinity pool on the fifteenth floor, the city seemed as the day before, the usual hustle and bustle you see in any city on the weekend. The days prior we had noticed preparations being made for perhaps a parade or other local commemoration events. Later that morning, on our way to the train station, I saw that, except for a tiny few, all of the weathered flags from last year had been replaced with brand new flags. Again, I wondered the significance: did the government furnish them; did the owners buy them; did school kids have a class project to go around and hand them out; what happens to the people who failed to exchange their old flag for a new one; did those shops that didn’.t have a flag last year get one this year?

The Vietnam flag was not prominently displayed at the airport, the train station and at most hotels, especially the big resorts. However, over the citadel in the old Imperial City of Hue flew one of the biggest flags I have ever seen. And it left no doubt what its message was: there’s a new rooster of this roost. I saw a few billboards with the usual communist propaganda, mostly in front of schools, but not as much in Da Nang as I saw in Ho Chi Minh City (Saigon) on a previous trip. I didn’t see many soldiers or police but all of the schools and government buildings were secure compounds with gates and guards. I didn’t see any printed newspapers and the books I did see at the one bookstore I found had only a few best sellers like Harry Potter and the rest were slanted versions of history. One children’s book had a picture of a Caucasian boy dressed like Napoleon with a sword, with him surrounded by and being attacked by smaller caricatures that represented the five points of the gold star on the Vietnam flag: intellectuals, peasants, workers, merchants and soldiers. I can only imagine what Vietnamese children are taught in school, and which the vast majority take away for the rest of their adult lives with no opportunity to question what they were taught. They don’t have a choice of government. The only thing a Vietnamese citizen can do is respect it or accept it, cheer it or fear it. They can oppose it—with consequences. But in honest comparison, opposition in the U.S. has its consequences: taking a knee can bring condemnation and financial consequences. One can be branded as a proselytizer of “Fake News.” In my day, wearing long hair was a symbol of protest and people were chastised and persecuted for it. Lately I saw a young man who stood up for gun control bitterly attacked because of his beliefs, and then I saw a community of people who stood up and supported him. That’s a big difference between our societies: both voices are heard; people can form opinions and express them—for now. 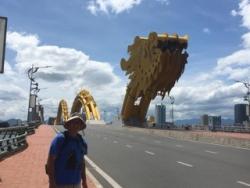 I saw post cards that compared Vietnamese culture to American culture. One had a motor scooter with a family of five on it (I actually saw these many times: Dad driving, Mom on the back and three kids in-between) and then the other half of the card showed a minivan full of people. One card had a pickup truck on one half and on the other half a motor scooter pulling a loaded cart behind it (saw lots of these too). As we headed back to the train station on Sunday in Hue, the street along the Perfume River in front of the Ho Chi Minh museum and government buildings was decorated with flags and banners and people lining up for a parade and speeches by politicians. Back in Da Nang, we crossed over the Dragon Bridge going back to our hotel. On both sides, the walkways were jammed with people, young couples and families, getting ready for the fireworks display. I could do a post card to contrast American Independence Day to Vietnam Independence Day, but it would almost look the same. I read where Ho Chi Minh actually modeled his Declaration of Independence after the American document. American’s fought one war to gain their freedom; Vietnam fought two.

To compare our flag, look at the stars that represent the 50 states. All of them are white, but in truth, because party loyalty is put above our country’s well-being, they are red or blue. The stripes gain a tinge of the stars, some years bluer, some years redder, depending on which political party is in control at the time. What would happen if one party gains complete control, say the red, then the flag becomes all red stars and the stripes follow—or change it to blue, it doesn’t matter. Then add a star that represents the corporations that puppeteer our politicians and our flag looks exactly like Vietnam’s.

To all Americans I say this: let us agree to allow the other to disagree and neither to hold the other in contempt for their beliefs and both to be accountable for their actions or inactions. I’m a Vietnam Era Veteran, but not a Vietnam Veteran. I joined the Airforce in 1974 and was in Oklahoma City when the war ended in May, 1975. My Marine uncle and Army Special Forces cousin both served multiple tours in Vietnam. I’m not sure how they would feel about Vietnam now, but I think they would agree with me, that America is the greatest country in the world, and it is because of its people. Somehow, we have to get beyond the divisiveness that is ripping our country into the Disunited States. But it’s still better than being united until a single authoritarian star. 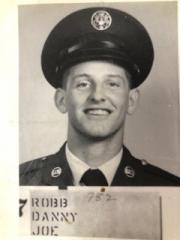 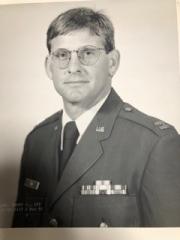 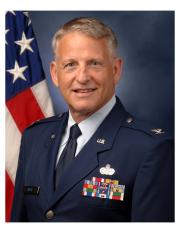 Japan, Philippines to cooperate on development plan for US Navy’s former home at Subic Bay