To many Japanese, summer means hitting a ballpark to cheer on their favorite Nippon Professional Baseball, or NPB, league team.

While I may not be a baseball enthusiast, I did always look forward to the season opener in late March, either to watch on TV or to go check out in person.

In Japan, baseball is a little different than what you might be used to watching in the States. Here, each team has a unique cheer and atmosphere. Diehard fans go wild cheering on their teams from the stands, and since every player at bat has their own theme song, the fans memorize their favorite’s song and sing along.

In the stadium, “Beer girls” walk up and down serving up ice cold brews to the spectators – another feature only seen in Japan.

The atmosphere that the fans, teams and beer girls create in stadiums have made it a favorite pastime in the summer. 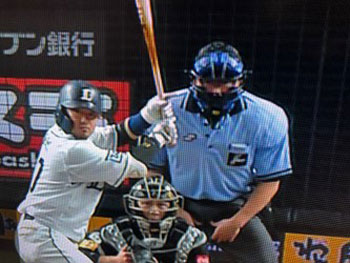 COVID-19 affected this year’s season— no surprise there.

This year, the first pitch was delayed three months and the season officially launched June 19. Aside from starting the season late, don’t expect the same atmosphere I described above. Through July 10, NPB officials said games will be played in empty stadiums, a first in the 85-year history of the league.

Officials said they anticipate beginning to allow a reduced capacity of fans into each of the country’s stadiums and scale up as number of coronavirus infections decrease.

Another prevention measure is to reduce the number of games down to 120 from the usual 143. And, if score is tied at the end of a game, only one inning can be extended to decide a winner.

You also won’t see the open displays of comradery from yesteryear – players cannot high-five each other, shake hands or welcome each other with a hug after a homerun or great play. Players, coaches and benchwarmers in the dugout will practice social distancing and umpires will have to shout their calls from behind a mask.

The baseball we have grown to know and love is different this year. Quieter. The stands empty and only the sound of the bat hitting the ball, mitts catching the ball and the cheers from masked teammates in the dugouts.

For lovers of the game, this is a great way to concentrate on the moves and plays of the teams and players while watching on TV. For others, like me, it’s a bit boring. 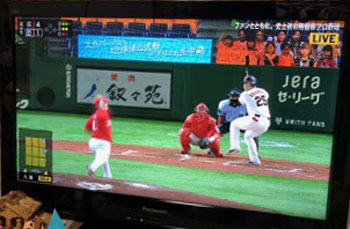 No fans, no beer girls, no fun cheers in a quiet stadium only make the game seem like a practice we’re allowed to watch live. The games in vacant stadiums make you realize how important spectators and cheering are for a ballgame, regardless of what team I’m watching or which part of the stands I’m sitting.

And while it’s a bit boring, our safety and that of the NPB players and staff is important. So, for many who have been staying home, watching their favorite team on the television is still better than not watching at all. At least for now. In the meantime, we’re cheering from home and waiting until the day we can return to the stands and cheer on the teams and grab a cold one with our friends.

The belle of the Japanese ballgame

Returning to the workplace