Backgammon a game that thrives in Japan

Backgammon a game that thrives in Japan

You may never have heard of backgammon, but it’s believed to be one if the earliest board games, originating in ancient Mesopotamia over 5,000 years ago. There’s even a Japanese version called sugo-roku (double sixes) which was played by Emperor Temmu back in 685 A.D.

Modern backgammon is a board game played by two people rolling a pair of dice. The board has four sections and starts with each player’s 15 checkers distributed around the 24 points on the board. The objective of the game is to move all of one’s own checkers to the home board and then remove (bear off) the pieces from the board before the opponent does.

Today, Japan boasts some of the world’s best players. The number one player in the world, Masayuki Mochizuki, or “Mochy” as everyone calls him, is joined by three other Japanese players currently ranked in the top 10. In 2021, Japan’s five-person team won the prestigious World Backgammon Internet Federation online championship— all without their best players!

I remember my dad, who was a Navy chief, teaching me to play a similar game, Acey-Deucey, back in the 1950’s. By the time I joined the Navy in 1969, backgammon was all the rage and shipboard matches helped pass the time on those long WestPac cruises.

Many years passed and in 1999, I was assigned by the Department of Defense Dependents Schools to teach at Yokosuka Middle School and later at Nile C. Kinnick High School at Yokosuka Naval Base. I continued to play backgammon, but just with my Japanese wife and our two sons on onsen trips.

When I retired from teaching in 2017, and with all sorts of time on my hands, I thought of playing backgammon again. After an extensive online search, I found the Japanese Backgammon Society and they welcomed me with open arms despite my limited Japanese language skills. Mochy replied to my initial email in English and then my backgammon hobby took off.

Since then, I’ve played in laid-back, local backgammon meetings around the Kanto Plain where I’ve met a mix of serious and recreational players. Everywhere I went, people went out of their way to make sure I felt comfortable.

Eventually, I gathered the courage to venture to the Society’s Sunday meetings for serious players in Akasaka-Mitsuke and have been going there ever since.

My hobby has taken me to all corners of Japan for games in tournaments against players of all levels.

However, one of my most memorable matches was not a rated one, but against a nine-year-old boy at the Yotsuya meeting. He had a winning smile and showed no signs of being intimidated by a grown adult foreign competitor. Though I tried to go easy on him, he quickly proved he was skilled in backgammon and kicked my butt in a five-point match.

Unfortunately, due to the on-going pandemic, many league matches have gone online. Still, they have been exciting and lots of fun. I even landed in the top four of Japan Throne Tournament, held online in October 2021. Somehow, I won my pool and beat out two members of the Japanese Team World Champions and professionals. Absolutely amazing!

I have to say, my game has improved being in the presence of so many backgammon greats. And, not just playing with them, but watching these backgammon sensei competing against each other. We all have our own paths to backgammon Nirvana. I am blessed that mine has been one paved by some of the finest jewels of the game.

Alvin DeWalt is a retired DODEA teacher who has lived in Japan 23 years. He served in the Navy as an ETN3 from 1969-1972. DeWalt has been playing backgammon for almost 50 years.

If you are interested in playing backgammon in Japan, please feel free to contact the Japan Backgammon Society. 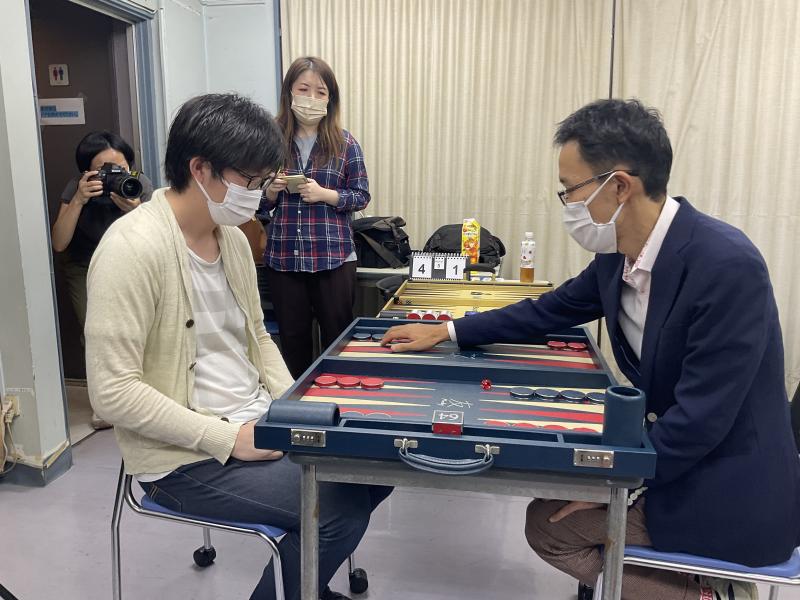 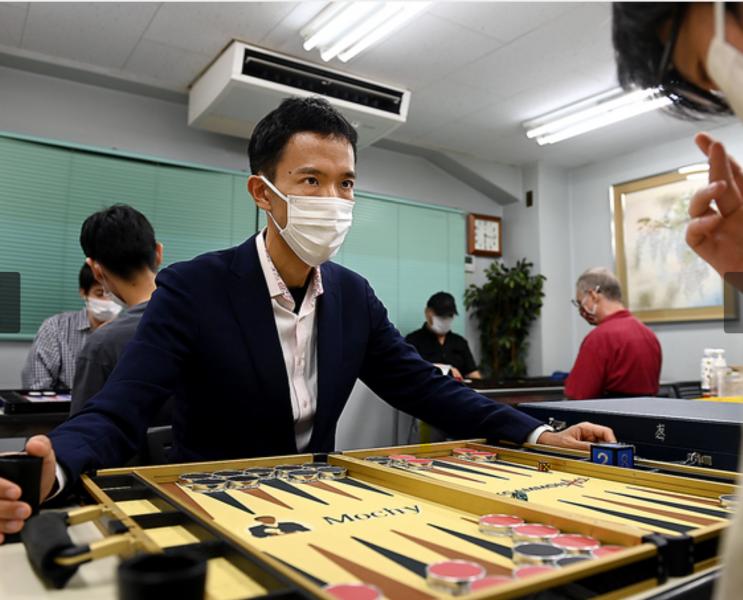