If you visit a Japanese shrine or temple in November, you will likely see a lot of young children dressed in beautiful traditional attire and holding colorful envelopes filled with candy. And you’ll see their proud parents and other family members snapping photos and shooting video.

This is “shichigosan” (seven-five-three), a traditional celebration and rite of passage in the Land of Rising Sun. 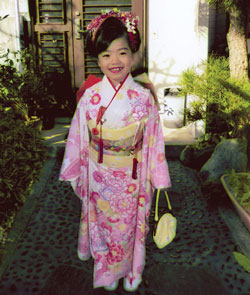 Tradition suggests that girls ages three and seven and five-year-old boys, should visit a local shrine or temple to drive out evil spirits and wish for a long healthy life every year on Nov. 15. However, since shichigosan is not designated as a national holiday, any day in November is acceptable. I actually took my daughter for her celebration (many years ago) to a local shrine on Nov. 11.

Shichigosan is said to have originated during the Edo Period (1603-1867). For centuries in Japan, November has been the month to thank the gods for the year’s harvest. On Nov. 15, ancestors gave thanks for a bountiful harvest, as well as the growth and health of their children, by offering harvested products at their family altars or to shrine or temple altars.

In the Edo era, there were traditional rites of passage for children ages three, five and seven. Girls who reached the age of three were allowed to grow out their hair, 5-year-old boys of were allowed to wear hakama (traditional male pants), and 7-year-old girls replaced the simple cords they used to tie their kimono with the traditional wider and elaborate obi (sash).

When my daughter turned three, my wife and I dressed her in traditional attire and took her to a local shrine. We and other participating families were asked to join a procession led by a Shinto priest and shrine maidens, who carried offerings to the gods. We followed the procession and walked along a path to the shrine as traditional music played.

Once in the shrine, a priest purified all the children in the Shinto way. He then called each child’s name presented them with a chitoseame (thousand-year candy), long, thin, red and white candy in a long envelop decorated with a crane and a turtle. The candy symbolizes healthy growth and longevity. It was a joy watching my daughter answer the priest’s call and receive her candy.

After walking out of the shrine, we took a family photo and had a dinner with my relatives. Some Christians in Japan also celebrate shichigosan at their church, which is what we did the following week at our Catholic church.

Traditionally, girls are supposed to celebrate shichigosan when they are three and seven. In fact, we took my daughter to the same shrine when she turned seven. I remember how impressed and proud we were to see my daughter wearing a elaborate kimono, while she had worn only a simple type of reddish padded vest called “hifu” during her ceremony when she was three.

Kimono rental shops are available anywhere in Japan, and most have set ups with studios, so you can have your photo taken at the studio before or after visiting a shrine. The price for kimono rental, hair and kimono preparation and photos may cost between 40,000 – 60,000 yen ($350-500).

Though the expense may seem high to some, celebrating Shichigosan in Japan is a rite of passage that is cherished by families. 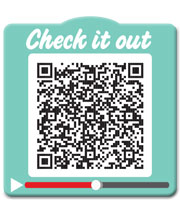