11 years later, a reminder to prepare

Photo by Nathan A. Bailey, Stars and Stripes

11 years later, a reminder to prepare

That day in 2011, I was 300 miles away from the epicenter, but all of our lives were affected, and I will never forget it. When the quake hit, I was working in my office at the Tokyo Culture Center, a large symphony hall in Ueno. My cellphone started to go off with warnings, and soon, the shaking started. The quake was definitely the strongest in my life, and it continued for over five minutes. Some of my coworkers managed to get under their desks, but I could not stand by myself without holding my own desk. I was staggering but froze because I didn’t know what to do.

As soon as the long, terrible quake subsided, I called my wife and daughter. Fortunately, although a swell of phone communication disruptions was reported immediately after, I was able to reach them and make sure they were safe.

The television screen in the office lounge showed unbelievable scenes of the unfolding disaster along the coast. Cameras from helicopters followed the destructive trajectory of the oncoming tsunami off the coast of Fukushima up north. Like scenes out of a sci-fi movie, I couldn’t comprehend what I saw live on tv—entire buildings and cars washed over by the ocean.

In Tokyo, my building and the ones surrounding seemed to not have much damage. However, the trains stopped, and the stations evacuated all passengers in preparation for potential aftershocks and damage. I couldn’t go home, so I helped the employees at the concert hall distribute blankets and help evacuees coming in as the building was a designated evacuation site.

My wife and daughter were 10 miles away from our home in Yokosuka City when the quake struck. Since they couldn’t take a train, they made the four-hour walk along Route 16 until they reached our condominium. The electricity was out, and so were the building elevators. The building super was handing out candles to residents. The power outage also meant water could not be pumped up to the higher floors. So, they climbed up to our 13th floor apartment, and spent the cold night by candlelight, covered in thick jackets, listening to the news on the portable radio while they snacked on whatever they were able to pick up at the convenience store.

The next morning when some of the train lines were back online, I was able to finally get home to them but not before embarking on a five-hour commute on several packed trains.

For several weeks after, we experienced multiple aftershocks and many disruptions to our daily lives. The damage around Fukushima and surrounding areas continued to increase. Soon, there were food shortages all around the country. Public transportation, known worldwide for its reliability, was deeply affected. And the roads were backed up with traffic. Fires at the oil refineries in Ichihara and Sendai caused gas shortages. I couldn’t fill the gas tank of my car until more than three weeks after the earthquake.

For months after, residents in the Kanto Plain were asked to reduce electricity use since many power plants in the country were out of operation, in addition to experiencing rolling blackouts.

These inconveniences cannot compare to the devastation those victims on the eastern coast in Fukushima and Tohoku experienced. But it definitely changed the entire nation’s mindset in preparing for future earthquakes.

One of the lessons we learned was to have a go-bag ready. This bag contains a first-aid kit, flashlight, bottled water, emergency food, blanket, and cash, prepared in case of emergency. Filling our 10-liter water tank with new, fresh water on the weekend became part of my family’s weekly routine.

Japan is made up of volcanic islands, and a large-sized earthquake might break out at any moment. March 11 is ingrained in my memory. I will never forget it, and it will always be a reminder to be prepared.

To learn more about earthquake and other natural disaster preparedness, refer to this useful guide from the Government of Japan: http://www.bousai.go.jp/kokusai/web/img/02_bousai_guidebook_Web_EN.pdf 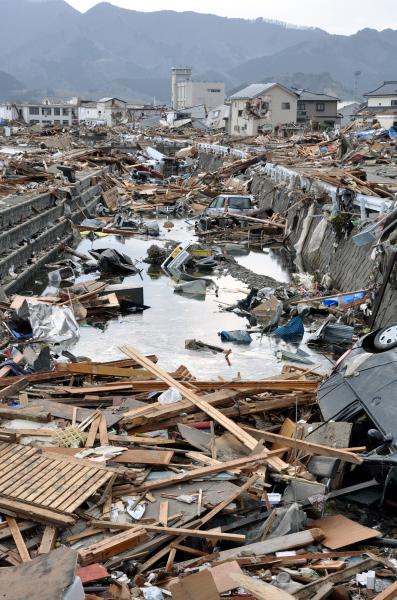 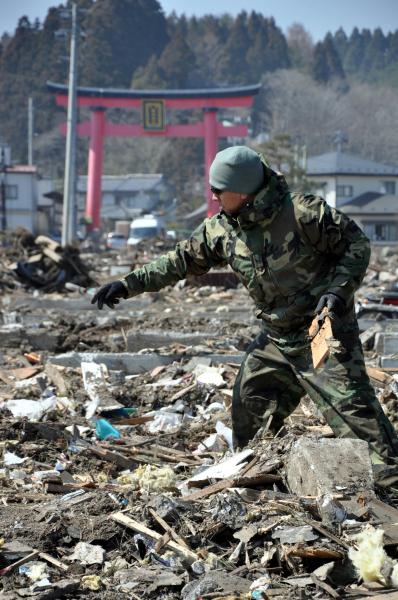 Photos by Photo by T.D. Flack, Stars and Stripes 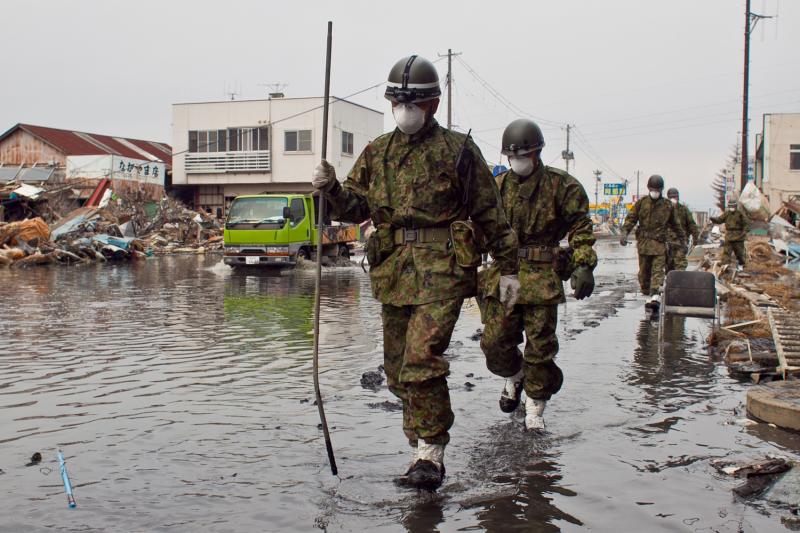 Photo by Nathan A. Bailey, Stars and Stripes

Video| Speakin' Japanese: Be prepared for an earthquake in Japan!

Video| Speakin' Japanese: Be prepared for an earthquake in Japan!